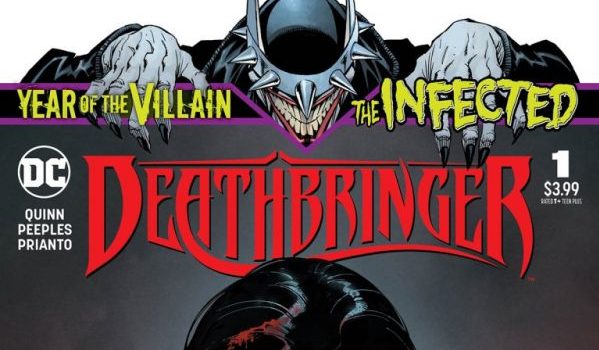 Summary: Donna Troy becomes infected by the Batman Who Laughs.

There is something special about that feeling of going into your local comic book store on new comic book day, getting to browse through all the latest titles from all your favorite publishers. Now you may be one of those people that keep up with all the latest news on which issues are coming out that week but if you are not you might find yourself seeing a few new issues on the shelf. One of those issues might be The Deathbringer published by DC Comics and written by Zoe Quinn. I mean it does have a catchy cover and a title that would peak anyone’s interest but as someone that reads a lot of comics, I would advise avoiding this issue like you would a phone call from an unknown number. Sure that call could be good news but let’s be real, it usually not. More than likely it’s some automated voice rambling about absolutely nothing trying to trick you into some kind of scam, and honestly that’s how I felt after reading this issue. I felt as if I was tricked by a beautiful cover into reading a book that felt as if someone just read a book on how to write comics, then proceeded to toss it out and forget everything they had just read. Now is this the worst comic book I’ve ever read? No not by a long shot, however it really wasn’t all great to read.

This story is about Donna Troy who has been infected by The Batman Who Laughs and I don’t know about you, but I feel that creation is already being overplayed and overused. Now usually this is the part of my review where I would break down the story with as few spoilers as possible, but I really just don’t have it in me to do that with this issue. I mean this issue jumps around more than the audience at a Kris Kross concert.

So Donna Troy was left in charge of leading the Titans and spends plenty time in this issue going on about how she doesn’t feel like a leader, oh and don’t even get me started on the dialog between her and Raven. I’ve seen less cringe worthy writing from any number of teen dramas on the CW. Also speaking of dialog in this issue, Miss Martian has the Titans mind linked together so they can communicate with each other. This is fine because Miss Martian is a lot more interesting than J’onn J’onzz, but all the talking thought bubbles just come and go all willy-nilly without indication of who is saying what. Now I may be the only one having this issue but it really breaks the immersion for me.

Anyways, to wrap up the story, infected Donna starts to take out members of Titans one by one and I assume she brings them all together in one location because that wasn’t every really made clear to me. That doesn’t really matter because Donna then proceeds to just ramble on like some discount Bond villain with some run of the mill monologue. She spends so much time doing this, the Titans are able to pull themselves back together then fail at capturing her as she makes her escape. I mean none of it makes sense, the whole last part of this issue felt so pointless. What was Donna’s endgame here? Whatever, it doesn’t matter.

Oh the art was pretty good so… there’s that. 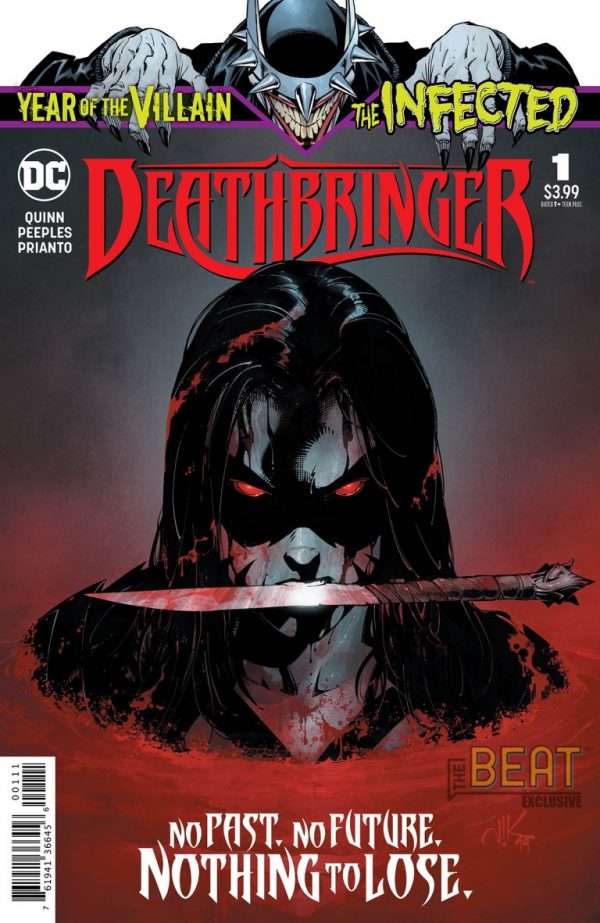 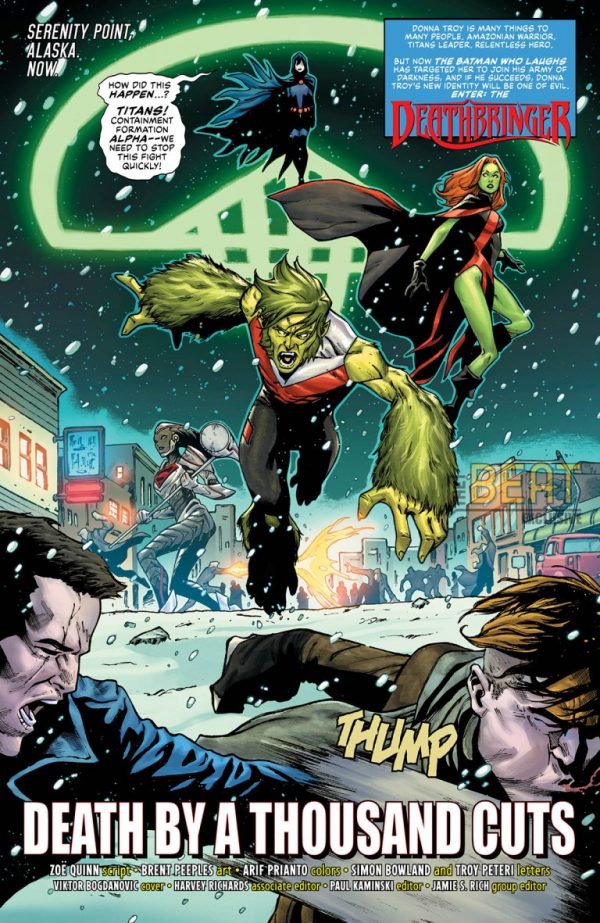 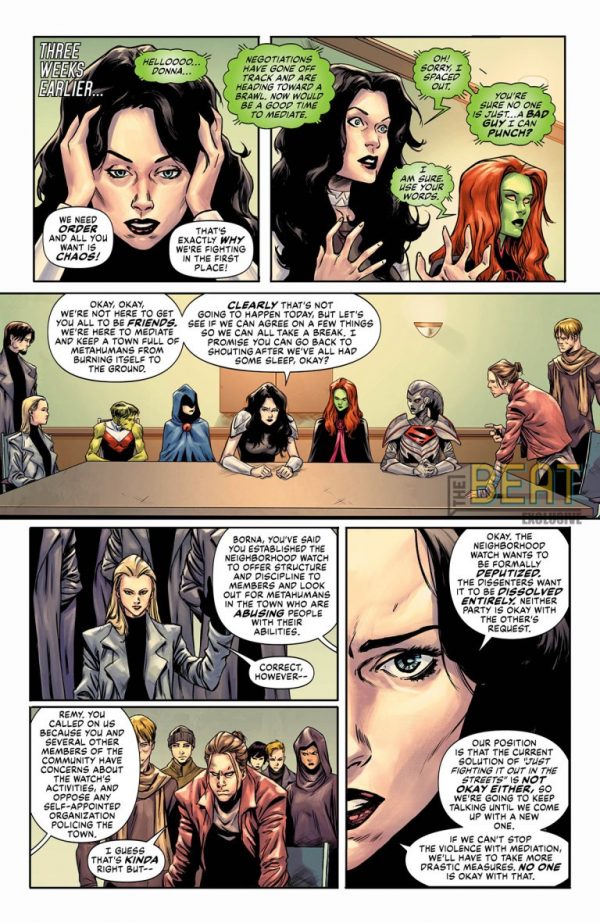