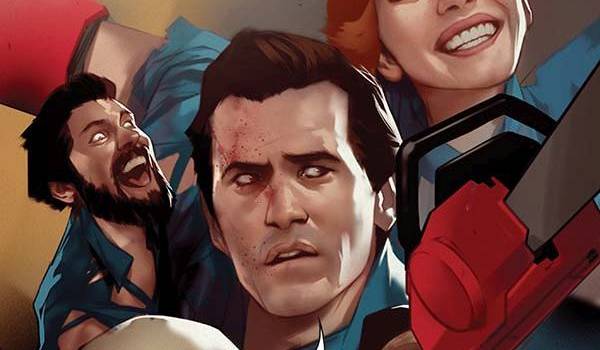 Summary: Six months after the events of Army of Darkness and Ash is just trying to get back to his normal life, not a chance!

Hail to the king!

Six months after the events of Army of Darkness and Ash is just trying to get back to his normal life, but the Deadites still lust after his soul and the Necronomicon cannot be destroyed by any method known and Ash has tried them all by this point.

After refusing an offer of promotion at his work and an eventful trip to the laundromat, Ash visits yet another college campus to find answers. Things go about as well as you would expect and he finds he has allies to his fight. 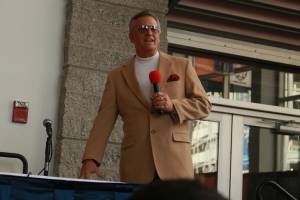 Bruce Campbell is one of my favourite stars and I even got to meet him went I went to a convention last year so I wanted to see how this story would work out. At the convention Bruce said there is going to be a new Evil Dead movie but he will not be starring. I did not know how involved he got in the production of the movies and projects from the start. 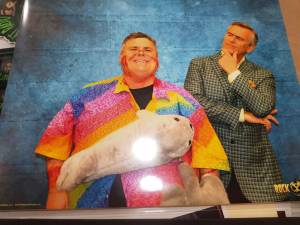 Some nice artwork here and a good story that seems to be building towards something big. I would follow this one to see how it goes.

The Deadites look like you would think from the movies and I enjoyed seeing some more the backstory behind their order as they want a tool to control their forces. The Necronomicon Ex Mortis is bound to the soul of the first person who reads it, which explains why the Deadites are after Ash.

I would recommend this one to anyone who is a fan of the series and wants more story after the TV show ended.