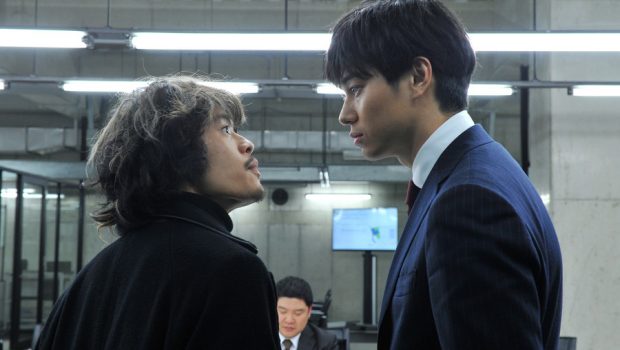 Madman Entertainment is proud to announce that the highly-anticipated new Death Note film, Death Note: Light up the NEW world will screen in cinemas across Australia & New Zealand in 2016. Dates and locations will be confirmed in the near future.

Before the film releases, Death Note fans will have the chance to see real props from the film, including one of the actual Death Notes, at the inaugural Madman Anime Festival, at Melbourne Convention and Exhibition Centre, September 3-4.

Directed by Shinsuke Sato (Gantz, Gantz 2: Perfect Answer) and based on the best-selling Death Note manga series by Tsugumi Ohba, Death Note: Light up the NEW world is set ten years after the confrontation between Kira and L, in a world now afflicted with cyber-terrorism.

The Death Note is a supernatural notebook that grants its user the power to kill simply by writing a person’s name on its pages. Six different Death Notes fall to the human world – the maximum number of notes that can exist at once. In the midst of this, two new individuals inherit the DNA of Light Yagami and L and must play a deadly game of cat-and-mouse once again.