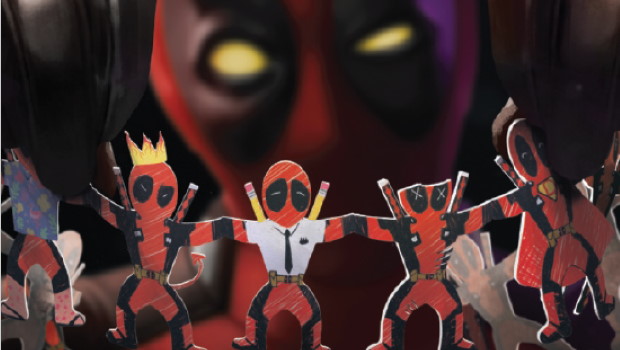 Summary: Death normally stops people talking... but I guess when your reputation is as much for your inability to stop talking as anything else... even death is up for a challenge.

How do you shutup the unshuttupable (sure it wasn’t a word before… but it is now :D )? Wade has been nattering away for years, it seems only natural that there would be an issue in which Marvel tried to shut him up for good… but you pretty much already know how successful that will be, don’t you?

There’s some really lovely writing in this issue. Let that sink in for a moment. The merc with the (potty) mouth is infused with some really moving writing here. I mean it’s still Deadpool so this “end” title doesn’t run the way the others do… but that’s a huge part of it’s charm. So the question is, can you kill Deadpool and if so how? Well the man himself seems intent on interrupting his own death/s to show you and that provides plenty of ground for some surprisingly heartfelt story telling. Don’t worry… there’s still low brow humour and laughs thrown liberally around, but you can certainly expect to feel a little ping in that spot where most people have a heart.

The benefit to a story that involves multiple endings is the art gets to go through as many different possibilities and there are some very “interesting” visuals in this issue. I can’t really go into much detail without spoiling things… but I will say one of my favourites for comic effect is “domesticated” Deadpool. Oh and let’s not forget that cover… that depth of field and the lovely little cutout Deadpools… beautiful!

I was surprised to be as moved as I was with this issue but I thoroughly enjoyed it! Within the multiple “ends” of Deadpool (snigger), there are some that are just straight up punches to the feely place in your chest. Mike Hawthorne and R Rahzzah have teamed up to create some panels that are just going to have you switching between happy and sad tears, sometimes at the drop of a hat. If you love Deadpool (and how can you not) then this is a great story, if you’ve never met Deadpool (where have you been?) then this is just as good as any a comic to give you a pretty decent idea of who he is. Highly recommended!