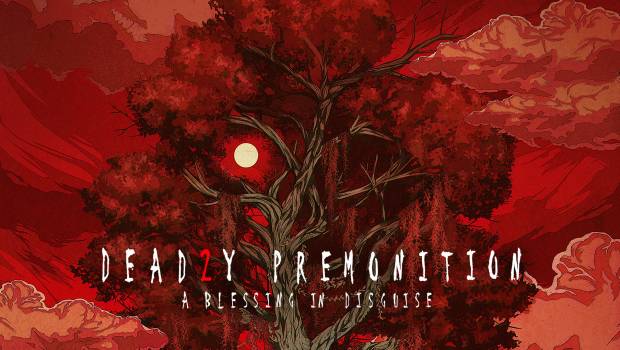 Summary: Deadly Premonition 2 will satisfy fans with its unique blend of weirdness, but those new to the series may not be able to handle the games many broken features.

Deadly Premonition 2: A Blessing in Disguise is going to be a hard game to review for many. The original was a technical mess, incorporating numerous gameplay styles that’s execution didn’t match its ambition. Its saving grace came in the form of its charming cast and bonkers plot, which led to many singing its praises at any possible moment. Take a scroll through Twitter and you will find people actively hoping that Deadly Premonition 2 performs poorly to preserve the spirit of the original. Be careful what you wish for. As Deadly Premonition 2 is everything fans of the original wanted, for better and worse.

Deadly Premonition 2 takes places in two different timelines. The framing device introduces new player character Aaliyah Davis. Davis is tasked with interrogating former agent Francis Zach Morgan. Our hero is now dishevelled and has a hefty weed habit. He is interrogated over an old case he claims to have solved. The bulk of the game takes place back in 2005 in the Louisiana town of Le Carre. Agent Francis York Morgan (but please call him York, everyone calls him that) is on holiday and insinuates himself in a local murder case. This gives way to plenty of twists and turns and the inevitable supernatural occurrences. 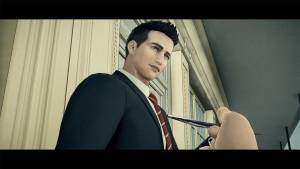 The story is pure Deadly Premonition lunacy, helped along by a cast of characters that all have their own unique quirks. There’s the local bartender, a gigantic man clad in a cowboy hat and tighty whities who ends every sentence with an elongated yep. The local sheriff and food truck owner who speaks mostly in movie pitches. Finally there’s the local hotel chef/bellboy/concierge, who is clearly the same man doing a variety of different accents that absolutely refuses to acknowledge this possibility.

This cast of misfits is all wonderfully kept together by our protagonist Francis York Morgan. York waxes at length about movies, interrupts conversations to talk to his invisible friend and constantly seems in awe of small-town life. His dialogue is wildly entertaining and also magnificently acted, completely nailing the insane tone of the script. 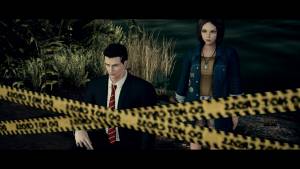 York is also joined this time by a partner, the sheriffs young daughter Patti. Patti seems to be the only person who recognises what a ridiculous man York is. She constantly calls him out for his attitude and condescension, and her reactions to his decision making are genuinely funny. She makes a great companion and also offers an investment in the overarching story.

The town and inhabitants of Le Carre are delightful. Traversing it is not. Those wishing for those Deadly Premonition performance issues get everything they wanted and more in the sequel. The game is a broken janky mess. There are tons of different systems at work here, multiple minigames and a ton of ideas crammed into one game. But not a single one of them works perfectly. Most barely work at all. 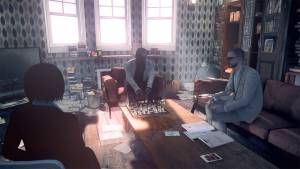 You notice as soon as you gain control of York. The animation is stilted and the framerate drops constantly, whether docked or in handheld. You navigate Le Carre via skateboard, another perfectly absurd Deadly Premonition touch, but the mechanics are janky and imprecise. In addition to this, when you’re on the skateboard York will talk to Zach, usually saying the same lines over and over again. I once rode three blocks and York said the same bit of dialogue twice in a row. Deadly Premonition dialogue is mostly great and over the top. On the skateboard it can get tiresome.

Load times are also confounding for a game coming out in 2020. Simply entering buildings will trigger a long loading screen. This loading screen also will give the player heart palpitations almost every time, as it has a habit of freezing for long chunks of time. Sometimes it fixes itself, although the game has crashed on rare occasions. Sometimes moving York will trigger a cutscene, in which case the game will cut to black while it loads. I had to occasionally check that my TV was still on, such are the length of these delays. 10 years ago it may have been part of the charm, but in 2020 it feels unacceptable. 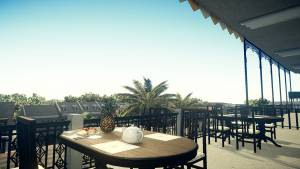 On top of all this, it looks like garbage. Of course, many will tell you that this is the point of Deadly Premonition, and they’re not entirely wrong. There is something that seems perfectly natural about Yorks almost joker-esque smile animations, and the way that body language resembles PS1 characters expressing themselves. There are exaggerated arm and leg movements all over the place here, and it does somewhat match the tone of the game. Movement looks ridiculous, the draw distance is awful and the whole thing seems like it could have been picked out of a PS2 bargain bin. The look of it didn’t particularly bother me during my playthrough, but it may prove to be too ugly for some.

Le Carre is home to a ton of minigames that pass the time. Some feature in the main quest, some feature in the extensive amount of sidequests. All are poorly implemented and some will make you tear your hair out. There’s bowling, rock skipping, learning new skateboard tricks and combat challenges to name a few. You can mostly skip these in favour of progressing the main story but you may stumble upon them in the reams of free time you have during your investigation. 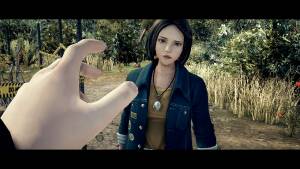 Deadly Premonition 2 features a day and night cycle with NPC’s going about their daily business. Certain locations are only accessible at certain times. Days move slow in Le Carre and the only way to pass time is by sleeping in your bed or smoking cigarettes. You will spend a lot of time doing these two things in order to progress the quest.  It is frustrating, especially when more modern games faced with this conundrum give you the opportunity to skip to when a quest will take place.

Thank god that combat isn’t a main feature of Deadly Premonition 2. . Using the gun is cumbersome and fiddly, with no option to invert the y-axis for those who prefer it. Most of the combat sections involve walking and shooting at animals during the day, and slow-moving supernatural creatures at night. One positive is that the combat is fairly easy. You won’t find yourself cursing the gameplay for ruining the experience provided by the story. 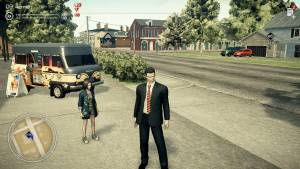 Deadly Premonition is both very hard and very easy to recommend. For fans of the series it’s a no-brainer. It’s another 30 hours with York and his gang of nutty friends. The story is Twin Peaks meets True Detective put through several extra filters of oddness. For newcomers to the series the gameplay, graphics, animation and loading times may simply be insurmountable obstacles. For those that can look past it there are so many interesting ideas at play and the game can be genuine fun. In short it sucks, but it may also be one of the more interesting games of the year. It’s destined to be a Let’s Play classic.