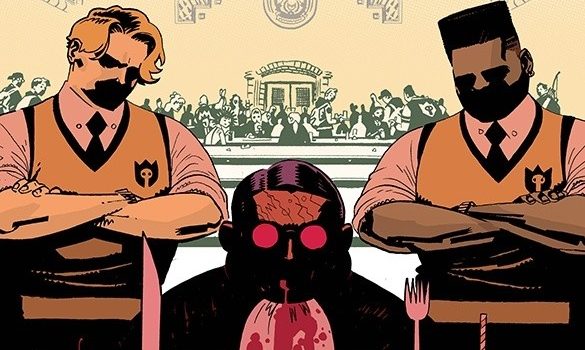 Summary: This book is a necessity every time it comes out. If you’re not reading this, your just plain crazy.

“Popularity is temporary. An illusion made real by the fickle, unquestioning dolts in the herd.”

Goddam, I love Rick Remender (I even loved him during his hobo piss days.) Black Science, Low (which has taken forever) and Deadly Class have been on my list since their inceptions and they will remain there until they finish. The above quote is said none other by Shabnam, our little pesky nerd who has ruled the school of King’s Dominion with an iron fist since Marcus and Maria’s presumed deaths. Now that they are back, the schools social hierarchy is in an uproar.

Shabnam is coerced into putting a hit out on Marcus. This hit is to be performed by our lovable racist cheerleader Brandy after it is set up by our still conflicted Stephen (who at the start of the issue declares himself as “the Gay batman” as he defends a couple from a gay bashing). If you all don’t remember, he killed his boyfriend just for a bid to become popular. Meanwhile, Marcus is still having “trouble” connecting with his roommate. Trouble is in air quotes, because all the kid wants to do is be friends with Marcus and Marcus just listens to him and then walks out of the room. I guess that Marcus is giving the kid the cold shoulder for one of two reasons: 1. He’s afraid of letting the kid get close because of what happened to Willie… or 2. Marcus is just so goddam focused that he refuses to let anything distract him from his goal.

Watching Master Lin teach a class on Mao Zedong is quite chilling.  Seeing him speak of Mao as a horrible human being doesn’t negate the fact that you can also tell that Lin considers him a great leader. Marcus and Lin have a small dialogue that really underscores the idea that this place is willing to twist these kids into assassins.

Lin: “Yet, despite his atrocities, Mao Zedong still maintains a 70 percent approval rating within the Chinese Populace. How is this possible?”

Marcus: “He led a revolution, won, and China became an independent world power… how he did it doesn’t matter to those it benefits.”

We wind up in the cafeteria where everybody is trying to befriend Marcus. They get invited to Christmas Mass, but after exclaiming that Jesus was a time traveler, Maria decides to go without him. Stephen offers up a distraction as Brandy rushes him with a knife hidden in her pom-poms… and at the last second, Stephen finally awakens his sense of right and wrong and smacks her in the face with a lunch tray… really, really hard. Marcus calls out Shabnam in front of the whole school and declares that he better do it himself next time. After the class realizes Shabnam went the cowards way and attempted to have Marcus stabbed in the back, they all turn on him… but not before Marcus makes sure that while he may have saved Brandy from retaliation by their peers, she will not be safe when he makes his retaliatory attack.

Afterwards, Marcus is approached by a girl who convinces him to come hang out with their group… who winds up being Willie’s group and the girl is Willie’s sister Jayla. She is under the impression that Marcus killed Willie, but Marcus makes it very clear that Willie was his family and that he would not approve of his next course of action, but they might.

Finally, Maria and Zenzele have made it to church, but Zenzele admits that she lied to Maria about going to mass. They enter the church and find Saya, sword at the ready. Maria and her rush each other as if to do battle but break down in a tearful embrace.

I hate the fact that I have to wait until September for the continuation of the book. Hopefully, now that the TV show has been canceled, Rick and focus more on the book. We still have a lot left to, because we are only now entering the Sophomore exams.

5 out of 5. This book is a necessity every time it comes out. If you’re not reading this, your just plain crazy. 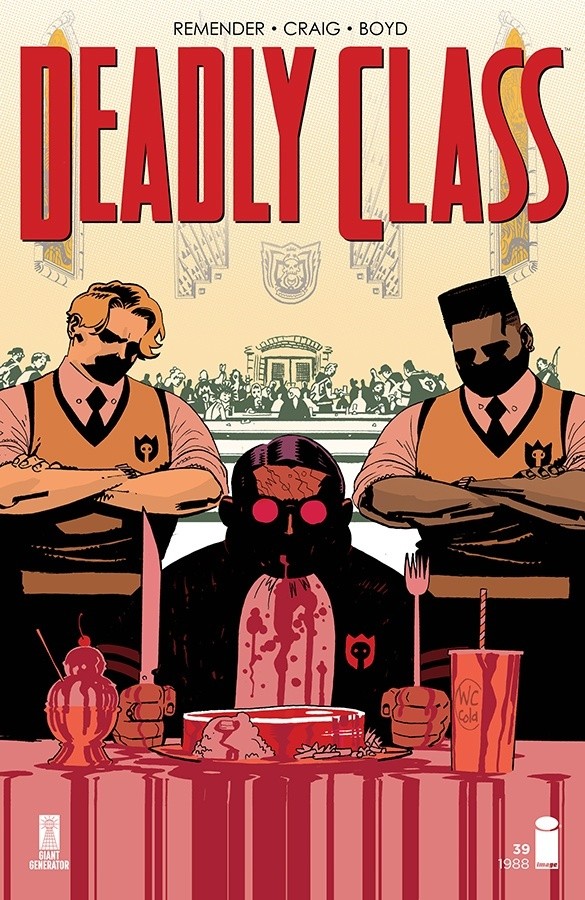 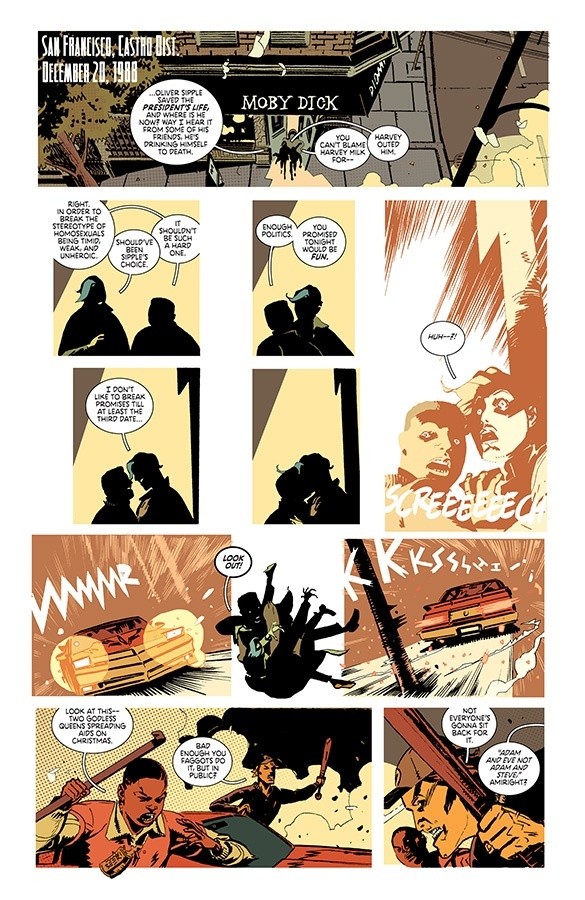 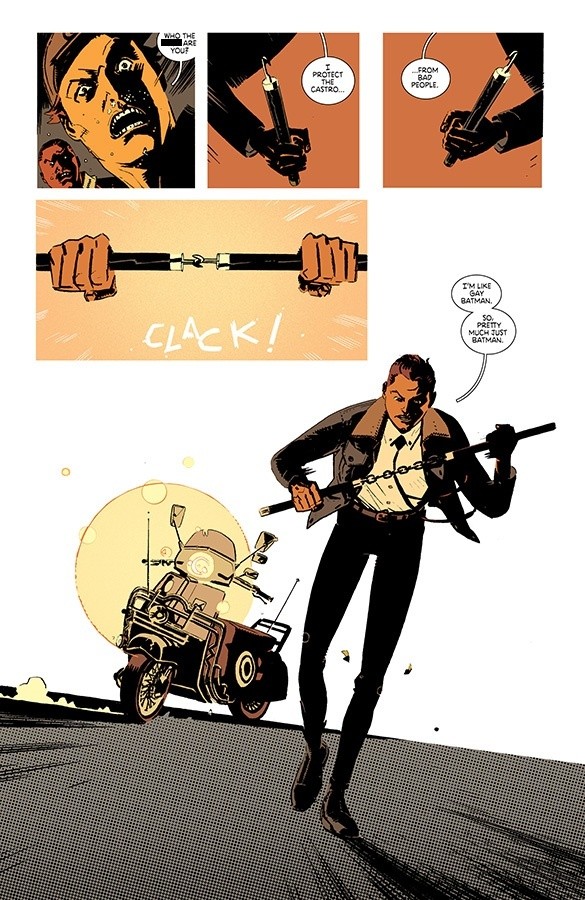 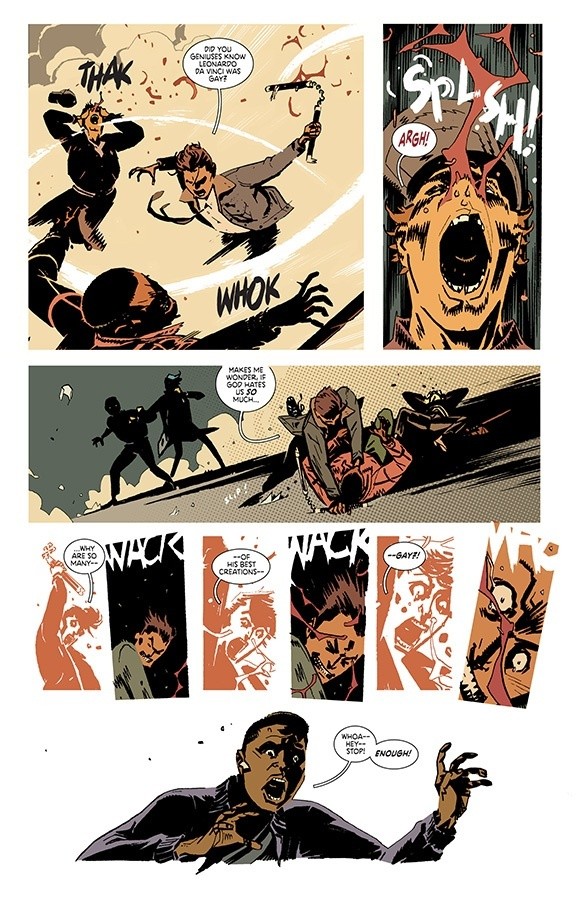 For more information, check out https://imagecomics.com/comics/releases/deadly-class-39