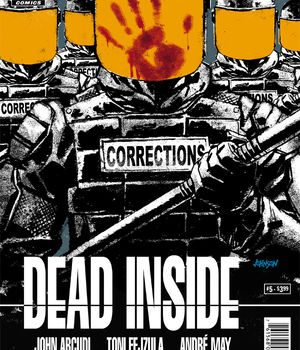 Summary: The final issue to the five part miniseries that will see Detective Caruso risking her life to solve a case.

What started as a straight forward prison murder investigation has culminated in a vicious prison riot, but not even that will stop the unrelenting Detective Caruso from solving this case in Dead Inside #5 – the final issue to the five part miniseries written by John Arcudi, illustrated by Toni Fejzula, and colours by Andre May. 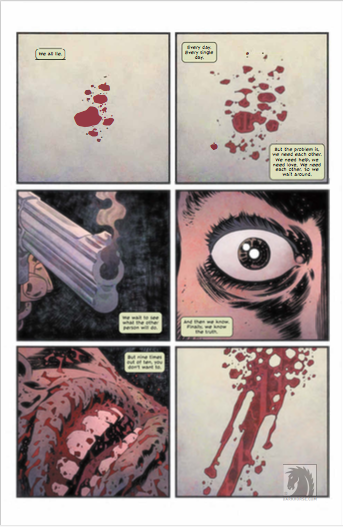 This case was meant to be straight forward. An inmate stabbed another inmate and then took his own life shortly after. But something wasn’t right. It just didn’t make sense to Detective Caruso. But her inquisitiveness has upset the wrong people, and now ended up costing the lives of the people she was close to along the way.

But now she knows the truth behind the murder. Uncovered the lies and corruption. And has all the evidence she needs to make an arrest and close the case for good. But before she can do that she will need to risk her own life to save her friend who is being held hostage by the enraged rioting prisoners. 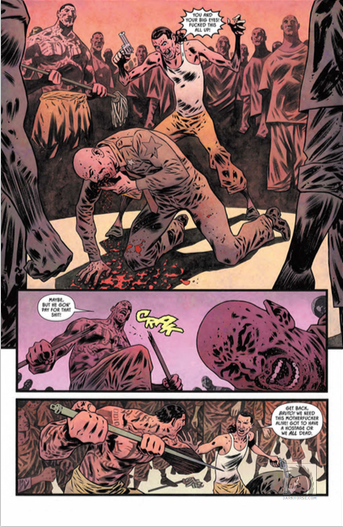 John Arcudi has done well to wrap up the intriguing storyline with well written twists and elements that I did not see coming. I am a fan with how Caruso’s character development evolved throughout the series. She was a person lacking motivation and bored with her life that then flourished into a strong and independent woman, becoming exceptional in a job she hated. The conclusion of the case touches on elements from each of the previous issues and has been explained really well, however I did feel that the ending was a little bit on the cliché side. The artwork has been perfectly consistent throughout the miniseries with Andre May’s bleak colours setting the tone, and Toni Fejzula’s gory swirls of black highlighting the brutal action scenes. 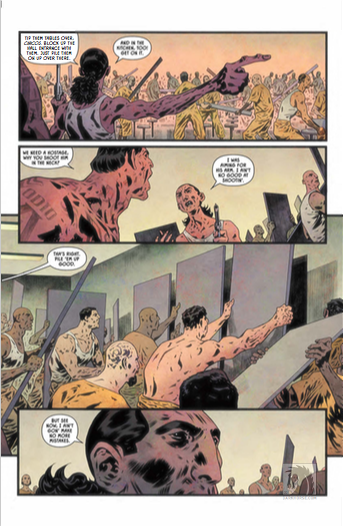 The final issue provides a fitting finale to a miniseries which was enjoyable throughout. A strong story and well written twists support Detective Caruso’s character development which is the highlight of this series. The artwork is a hero throughout and helps draw you into this murky world into which Caruso tries to shine a ray of light.