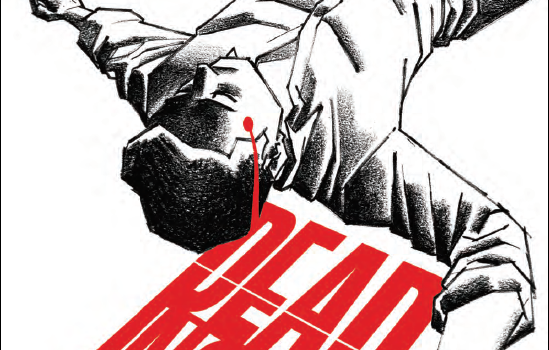 Summary: Detective Caruso puts her job on the line as the investigation progresses.

Detective Linda Caruso has been fixated on the crime scene of a brutal murder behind the bars of the Mariposa County Jail. But as she keeps asking questions, which no one wants to answer, Caruso learns that what is happening outside the heavily guarded walls is a crucial piece of the puzzle in Dead Inside #3, written by John Arcudi, illustrated by Toni Fezjula, and with colours by Andre May. 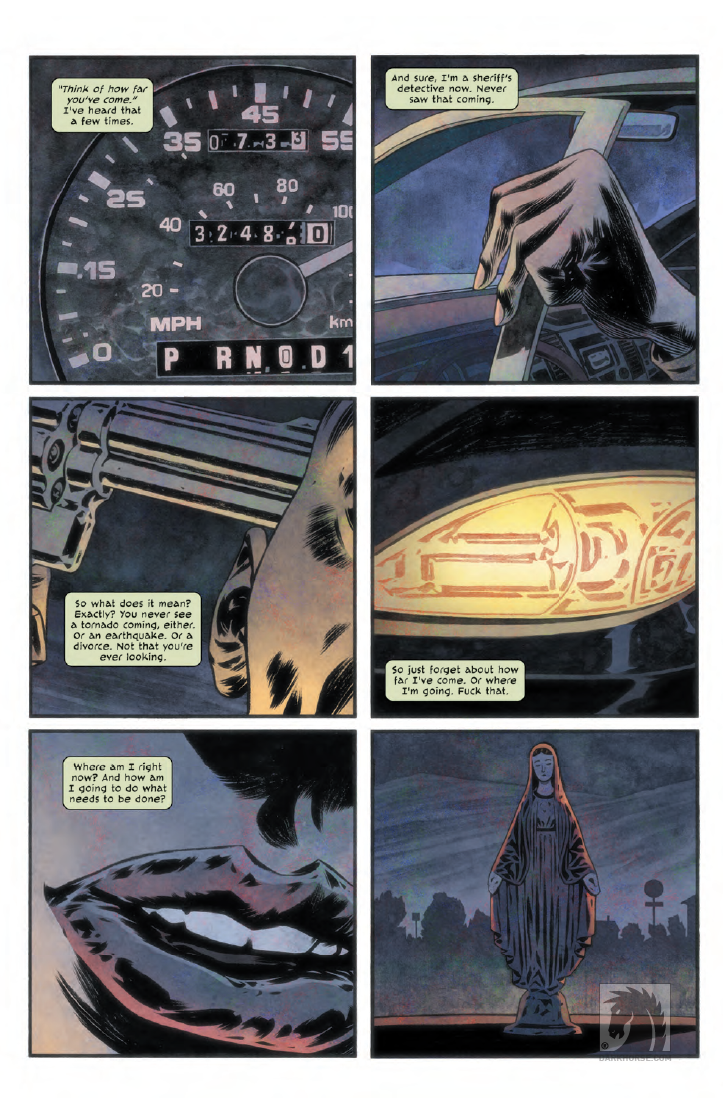 The open and shut case Detective Caruso was assigned seemed simple enough. A man was murdered and his killer committed suicide shortly after. But what doesn’t make sense is how a gun belonging to one of the prison guards became the murder weapon? As she delves deeper into the case Caruso finds evidence is misplaced, misdirected, or covered up, and this seemingly simple case just became a lot more complex.

But Caruso is too stubborn to let a case, that no one wants her to investigate, slide. Willing to risk her job and the lives of the inmates, she seeks to expose the lies and unravel the truths to get the answers she needs. But when someone she knows ends up dead because of her, she discovers that she has just reached the tip of the iceberg in a case that may be over her head. 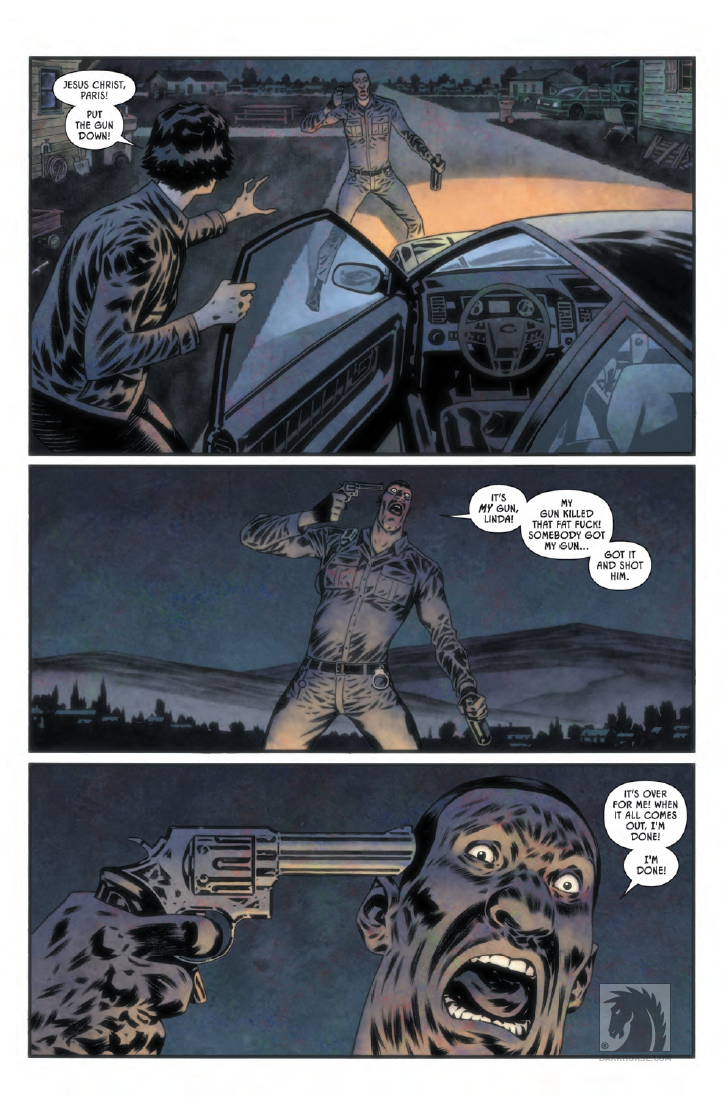 Dead Inside #3 is one of the slowest issues in the series so far, but it does build up to a very interesting and plot twisting cliffhanger opening a whole new can of worms for Detective Caruso. I like how her character is developing, providing glimpses into her instabilities and self-doubt, while at the same time showing us how strong and independent she can be. It is definitely turning into a page turning and well written series that explores relationships, pushes friendships and highlights the dirty dealings that happen within a county jail.

Toni Fezjula continues to add to the drama to the story with his use of hard etchings and large, wide panels that focus on the details of the characters, their emotive state and movement across the pages. Andre May further adds to this through his use of cold and murky colour palettes that highlight the uneasiness and cold feel of the prison and the inmates. 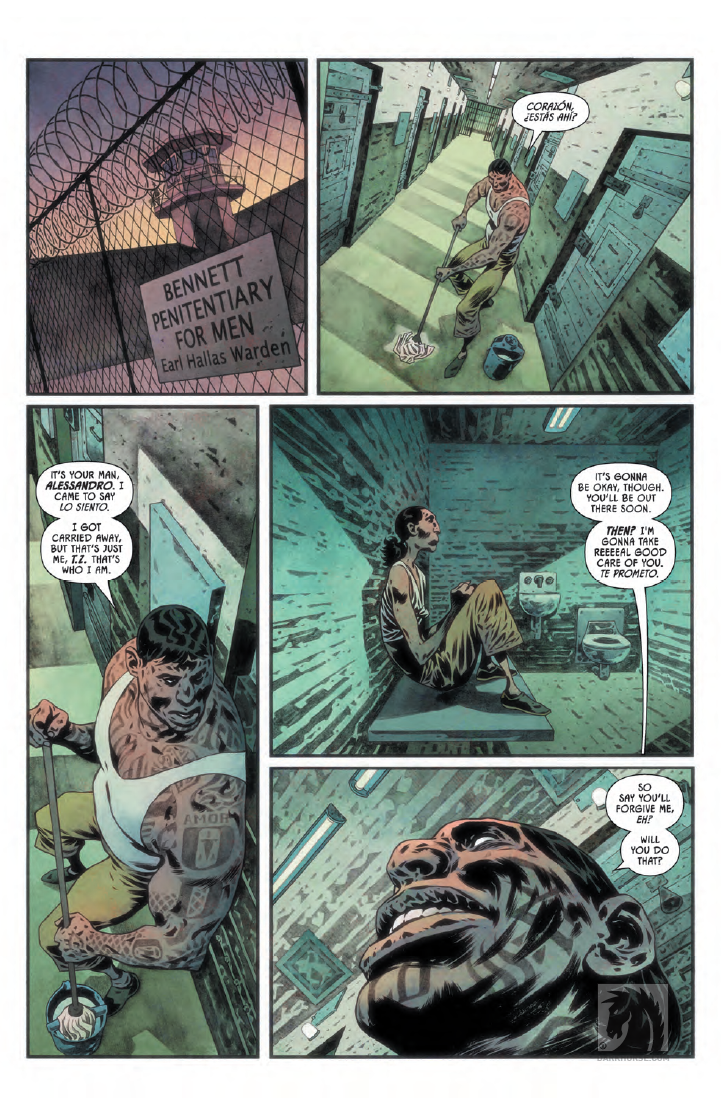 This series as grown on me and I am really looking forward to finding out what happens next and how Detective Caruso is going to handle the death of someone she knows. Will it make her stronger? Will it make her weaker? Only time (and the next issue) will tell!