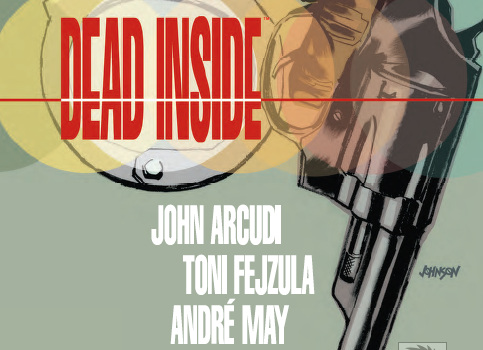 Summary: Detective Caruso discovers something suspicious during an autopsy at the Bennet Penitentiary.

Detective Linda Caruso is investigating the murder of an inmate in the Mariposa County Jail. With a short list of suspects who can’t escape she thought it would be an easy case to solve. However, as new evidence comes to light, she only gets further from finding the answer in Dead Inside #2, written by John Arcudi, with art by Toni Fejzula and colours by Andre May. 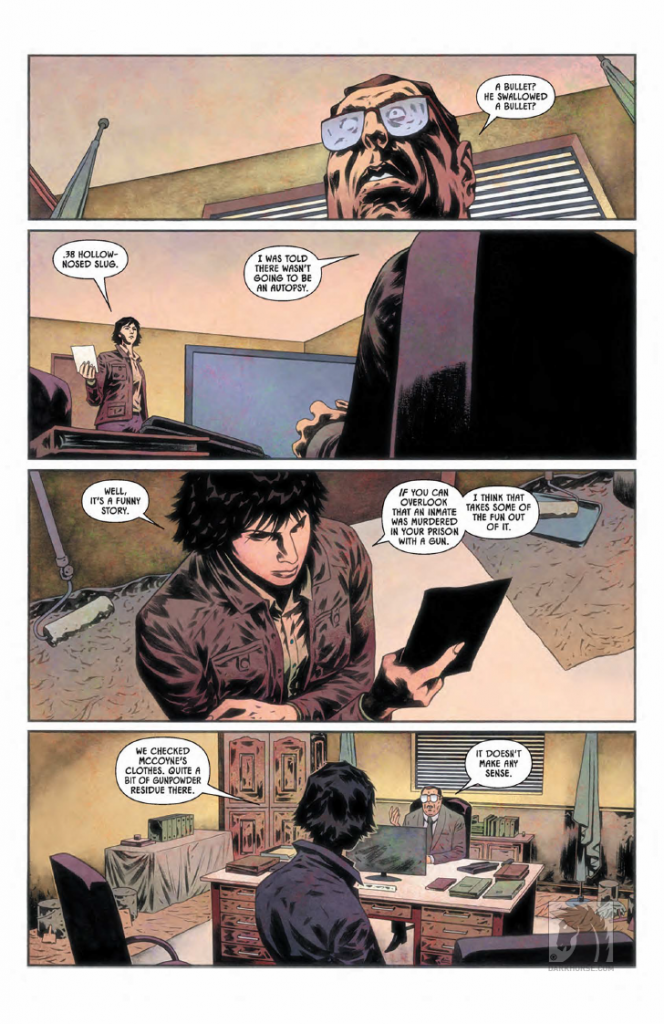 Linda Caruso was born to be a cop, she was happy being a cop, she was good at being a cop. But office politics landed her at the Jail Crimes Division as the ‘token’ female detective of the unit, a role which she hated every moment of. That is until one day when what looked like a classic open and shut case of inmate murder turned into something much, much more.

The inmate suicide which followed the murder was initially nothing more than that, but when the autopsy revealed a bullet in his stomach from one of the on duty prison guards the story becomes even more entangled. And with the warden refusing her attempts to investigate, the inmates too scared to talk, and the prison guards reluctant to providing access to the evidence, Caruso realises that maybe she was born to be a detective after all. 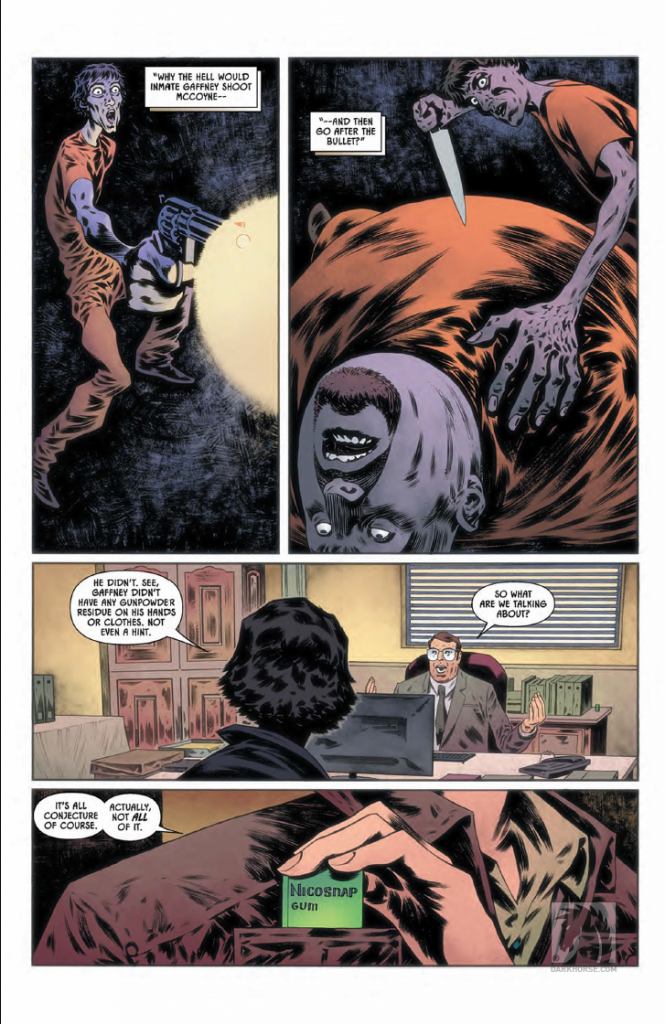 John Arcudi has developed a great storyline here, one that is suspenseful, gritty, and full of mystery. He allows you to develop empathy for the main character as she goes about her mundane life; watching her as she navigates relationships with her job, co-workers and friends, whilst maintaining the pace of the central mysterious investigation. And the cliffhanger at the end will leave you wanting to pull your hair out as it opens a whole new batch of questions. It is an impressive start to the series and I am looking forward to seeing where the story goes.

Toni Fejzula provides the art behind the story that is dark and roughly drawn, perfectly capturing the madness and mystery of the crime. Hard etched lines and shadings provide the details in each panel, adding a sense of drama to the pages. The colours that Andre May uses are cold and muted giving you the sense that you are in a gloomy prison while the gory swirls of red and black used in the murder flashbacks add to the uneasiness and violence of the art. 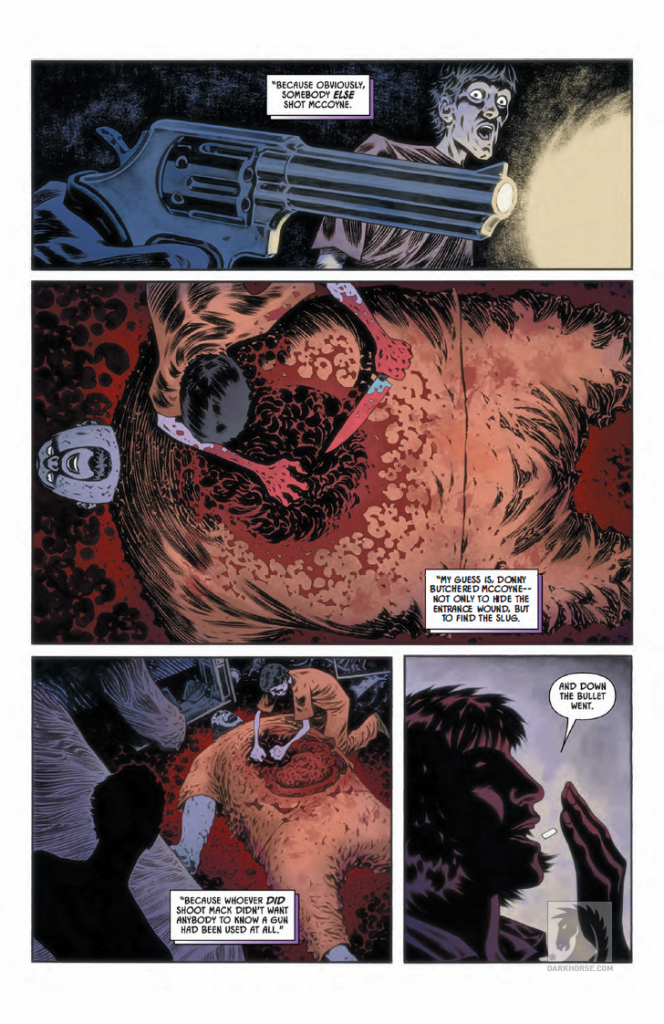 This is only the second issue of the series but I am already fascinated with the plot and can’t wait to find out what happens next. It definitely has my attention and if you liked the previous issue or are a fan of crime/mysteries then this will not disappoint!