Summary: Dead Cells is an awesome, colourful, action-platformer with a deep customisation system. It's procedurally generated levels will keep you coming back again and again, literally.

For some strange reason, June, July and August of 2018 have been an indie Metroidvania release bonanza. With games such as Chasm, Guacamelee 2 and the first Bloodstained all released within a few weeks of each other, you would be forgiven for feeling a bit of Metroidvania fatigue. Luckily, I’ve got the perfect cure for such an ailment. This is Dead Cells and despite its looks, it’s really more of a glorious combat-focused platformer than a Metroidvania game. 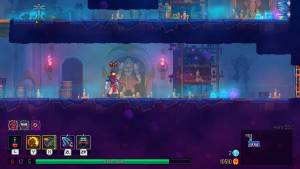 Dead Cells can more accurately be summarised as a 2D side-scrolling action platformer with rogue-like elements (for those unfamiliar with the lingo, don’t worry I’ll explain what this all means shortly). The game has been available in various forms through the Steam Early Access program for a while now, however the finished version was released on PC, Switch, Xbox and PS4 on August 7th 2018. 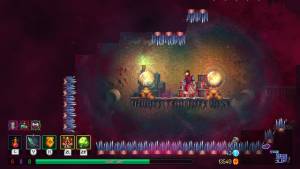 You play as a glob of green goo that inhabits the corpse of a reanimated deceased prisoner and your goal is to escape an ever-changing island of dungeons. That description might raise a few questions, but you’ll be hard-pressed to find any answers because the story isn’t the focus of Dead Cells – it’s all about the gameplay. 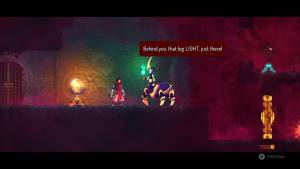 The basic goal of Dead Cells is to reach the end of a string of procedurally generated dungeons filled with monsters, traps and platforming hazards. Along the way you’ll be scouring branching paths to find new weapons and item upgrades to make you more powerful. However if you die, you lose all your items and upgrades, and must start over again at the beginning of the first level. 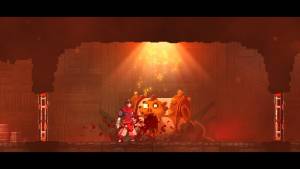 This style of gameplay is typically referred to as ‘rogue-like’ and while it may sound frustrating and cruel, there are a number of mechanics in Dead Cells that provide a sense of progression between deaths. Defeating enemies rewards you with ‘cells’ that can be used at the end of each level to unlock new weapons and to acquire permanent upgrades such as increased health regeneration and the ability to retain a portion of your gold when you die for your next run. So little by little, each run pushes you further along the path to becoming slightly more powerful. Couple this with the skills that you develop and the knowledge that you gain as you learn the attack patterns of the enemies and the tricks of the dungeons, and you’ll find yourself making it further and further into the island with each successive run. 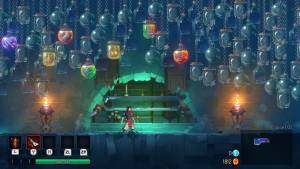 This loop of slow and steady progression coupled with the game’s fantastically deep combat and customisation system makes Dead Cells utterly enthralling. There are a huge variety of weapons and abilities for you to unlock as you explore the dungeons including crossbows, traps, grenades, deployable turrets, throwing knives and magic spells. Each of these weapons have unique characteristics and gameplay mechanics, and you can equip a combination of any two weapons with any two abilities. On top of this, weapons and abilities can be upgraded with modifiers that have a huge variety of unique effects such as weapons inflicting elemental damage or causing enemies to explode upon death. 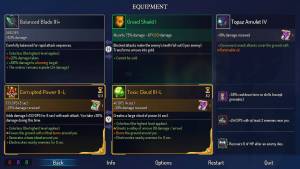 This complex customisation system allows you to create a unique and awesome character build every time you play. Mix this system with the procedurally generated dungeons and each new run feels fresh and exciting, even if you’ve gone through the first level three hundred times already. Eventually you will unlock permanent upgrades that allow you to bypass certain obstructions throughout the dungeons, leading to other branching paths and new levels to explore, which further alleviates any feelings of tiresome repetition. 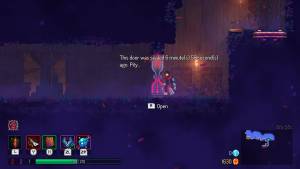 The aesthetic design of Dead Cells also works brilliantly to stave off feelings of repetition. The game uses a gorgeous 2D polygonal pixel art aesthetic with an emphasis on bright, bold colours to make every level, enemy and skill immediately recognisable. Each level also has a unique tile set and theme with its own group of enemies and platforming hazards, so you aren’t breezing through the same challenges over and over again. Plus the animations of the enemies and the player character are all terrifically detailed to make every action feel impactful. 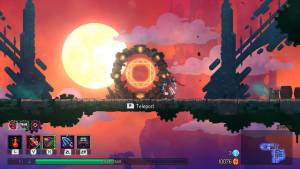 Dead Cells is one of those games that you could spend hours discussing around the water-cooler. The customisation system lends itself to a mind-boggling amount of strategic decision-making and the nature of the procedurally generated dungeons inevitably results in the rise of bizarre and ridiculous situations for you to overcome. But to top it all off, the game is simply an absolute joy to play. The combat feels superb, the movement feels fluid and it all looks incredible thanks to the amazing aesthetic design. The inherent difficulty of the rogue-like design won’t be everyone’s cup of tea, but there is so much to like about Dead Cells that I can easily recommend everyone to try it out. 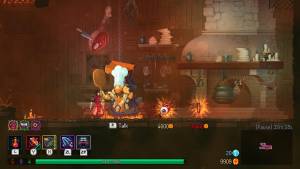