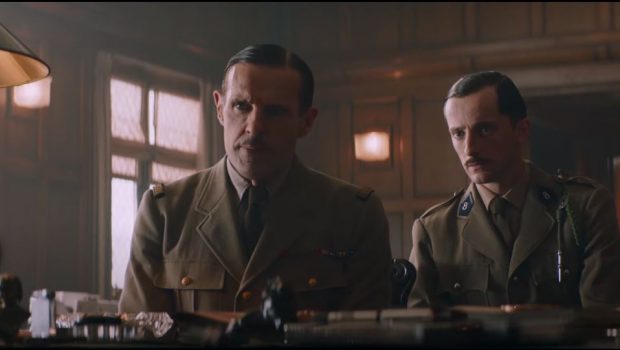 Great stories can make terrible films. If a true story is not properly attuned to the cinematic medium’s rules it will fail. By their nature, films require events to be compressed, dramatised, and framed in ways contrary to real life. The failure of many biopics stems from retelling events in chronological order to mirror life’s linear form. Recreating a true story requires strong creative liberties to be engaging. The thoughts and actions of real-life subjects must also be reduced to succinct, memorable images. One of the best biopics of the last few years was Steven Spielberg’s Lincoln (2012). It dramatised how the complex political negotiations of the Civil War impacted Lincoln’s family life. The script featured the type of overlapping storytelling missing from De Gaulle, a lumbering wartime drama.

While De Gaulle offers some historical footnotes about its title character, it lacks the dynamic storytelling and cinematic flair needed to be affecting. It casts an important historical figure as its central character and reflects the pivotal decisions that led to France overcoming fascism in the Second World War. The subject matter is ripe for an engaging and intense slice of cinematic history given the country’s backroom politics appear as muddy and as heated as a battlefield. Yet the execution of De Gaulle’s dramatic premise underwhelms. The film tells two stories using different rhythms, styles, and actions. Some will argue the scope is ambitious. However, De Gaulle spreads itself too thin between its contrasting plotlines. It also feels as though this project was solely made to ride on the coattails of recent British films that were incredibly successful in dramatising great acts of heroism during the war.

The failure of De Gaulle is a pity because French director Gabriel Le Bomin is highly interested in developing authentic cinema about soldiers’ wartime experiences. An article translated from French to English says Le Bomin was educated in Italy. He studied documentary filmmaking, developed several short films, and reviewed the art of observation. An early film he made explored a man’s injuries after the First World War. Another film he created was about a Senegalese rifleman. While equipped to probe stories about warfare, Le Bomin’s writing and direction in this instance lacks the finesse needed for a compelling drama about France’s complex political divisions and a family’s journey to safety.

The film explores the political friction Charles de Gaulle created during World War II. In 1940, de Gaulle (Lambert Wilson) combats the French bureaucrats who are eager to surrender their country to the Axis powers. The real-life reasons for their agenda are disturbing to read. Meanwhile, de Gaulle acts as the undersecretary of defence and pleads with Winston Churchill (Tim Hudson) for Britain’s support. However, Churchill refuses to let Britain stay with France. De Gaulle’s opponents, including Philippe Pétain (Philippe Laudenbach), continue to push for an armistice to be signed with Germany.

Consequently, de Gaulle returns to the negotiating table to argue his beliefs and states, ‘to be passive is to be defeated!’ His family, including his wife, Isabelle Carré (Yvonne de Gaulle), and their disabled daughter, Anne (Clémence Hittin), prepare to leave France due to the impending invasion. Their son is also opting to join the navy. Despite a mass exodus of French citizens, the roads are too dangerous to travel upon. Instead, de Gaulle’s family must take their chances by travelling via a ship to England.

It is clear Le Bomin and Valérie Ranson-Enguiale wrote their script to capture the success of the major British films of the last decade. The King’s Speech (2010), Dunkirk (2017), and Darkest Hour (2017) all explored themes of resistance, bravery, cowardice, and the nature of leadership. I enjoyed all three films arguably because of how stylistically unique they were from one another. The different approaches to their subjects countered the reoccurrence of their themes. There is also nothing wrong with a French filmmaker attempting to explore his country’s side of the war as countless films before De Gaulle have done. The aforementioned British films were also made out of a similar sense of nationalism. Yet it is most critical for a filmmaker to elect new and exciting angles of expression when employing familiar wartime themes.

A sizable flaw is that de Gaulle himself is not a compelling character to lead this entire film. His characterisation limits Lambert Wilson’s solid but otherwise one-note performance to underlining the man’s stubbornness. He refuses to concede and never buckles under pressure. Where is the character’s complexity or internal conflict if he possesses an unbreakable iron will? He becomes a simplistic metaphor for French resistance during a time of crisis. His unshakeable patriotism would be less problematic if his conversations with the other bureaucrats were less dry. Somehow the backroom fighting over a potential armistice and treason is never as riveting as it should be. It makes us long for the cinematic craftsmanship of the British films. The comparison is most stark during the film’s tepid climax. De Gaulle speaks on BBC radio from London and his family boards an overcrowded battleship. We cannot help but remember how much stronger similar scenes were depicted in the other films.

The subplot involving the family’s escape from France fails to generate the nerve-shredding tension pivotal to a first-rate thriller. It is undeniably sad seeing the family leave their home, especially when Anne disappears. She runs away twice before being found. However, the immediate physical danger the family faces is scarce. Le Bomin attempts to make the family’s obstacles more psychological than immediate, which is tricky when only explored throughout half the film. There are bodies on the road, which is a gruesome image, and a tame dream sequence about the Nazis. Otherwise, the tension never escalates into a gripping journey where the family overcomes huge challenges before freeing themselves. The two threads infer the contrast between De Gaulle’s stance and his family’s decision‑making. Yet telling both stories is too big a task for a relatively inexperienced filmmaker.

While mercifully running under two hours, there are few opportunities for Le Bomin to tell his story in a visually compelling manner. His script makes the film slow and dialogue-heavy, and the images are rarely vivid. For example, the political scenes are mostly static and drab, especially when the actors are seated opposite one another at the negotiating table. The outdoor shots fair better as visual expressions of trauma. For example, the film’s most confronting image is the wide spread of bodies out on a dirt road. A high angle shot stresses the brutality and the likelihood of death if the family persists with using the roads to escape. It is the only moment to capture the wartime horrors. The same type of doom is omitted from the climactic battleship scene. Perhaps due to budget constraints, it ends on a whimper.

De Gaulle is too one-dimensional to be an interesting and intense historical piece. It attempts to be both a sophisticated political drama and a physical journey about escaping persecution. Sadly, it falters on both fronts. While sometimes educational regarding de Gaulle’s fight, the political content is too dry to be exciting. Meanwhile, the subplot lacks the perpetual danger a gripping thriller needs to remain absorbing. Consequently, Le Bomin cannot stamp his strongest creative imprint over the film. A greater focus on one story may have reduced the dull moments and added depth to Le Bomin’s thematic goals. Adapting a real-life crisis includes the power to determine the most pivotal events. Yet the opportunity to shape this important story into a dynamic narrative, worthy of its British counterparts, is missed.

Summary: The opportunity to shape this important story into a dynamic narrative, worthy of its British counterparts, is missed.