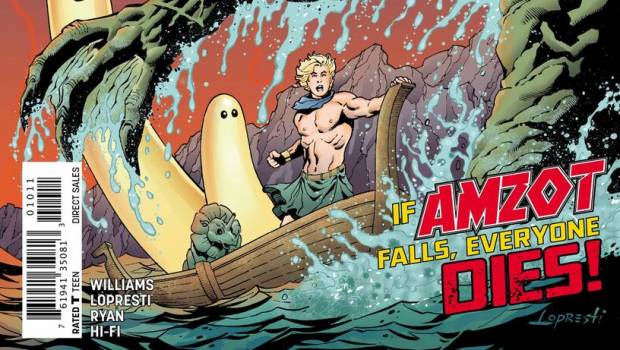 Summary: Interesting story and characters with no time to marinate

Fun, but too fast

This issue of DC’s Future Quest was fairly fast paced. At times there were many moments beautifully set up between Dorno and the Herculoids only to be cut short by some pretty brief dialogue. I think it would be a stretch to say some of these abrupt transitions were buzzkills, but it just seemed rushed. Now, the big point here is it was fun and very enjoyable. I am actually curious to see how the next issue plays out and am interested in this title moving forward. I can only hope the dialogue expands and slows down a little for all of the characters sake. 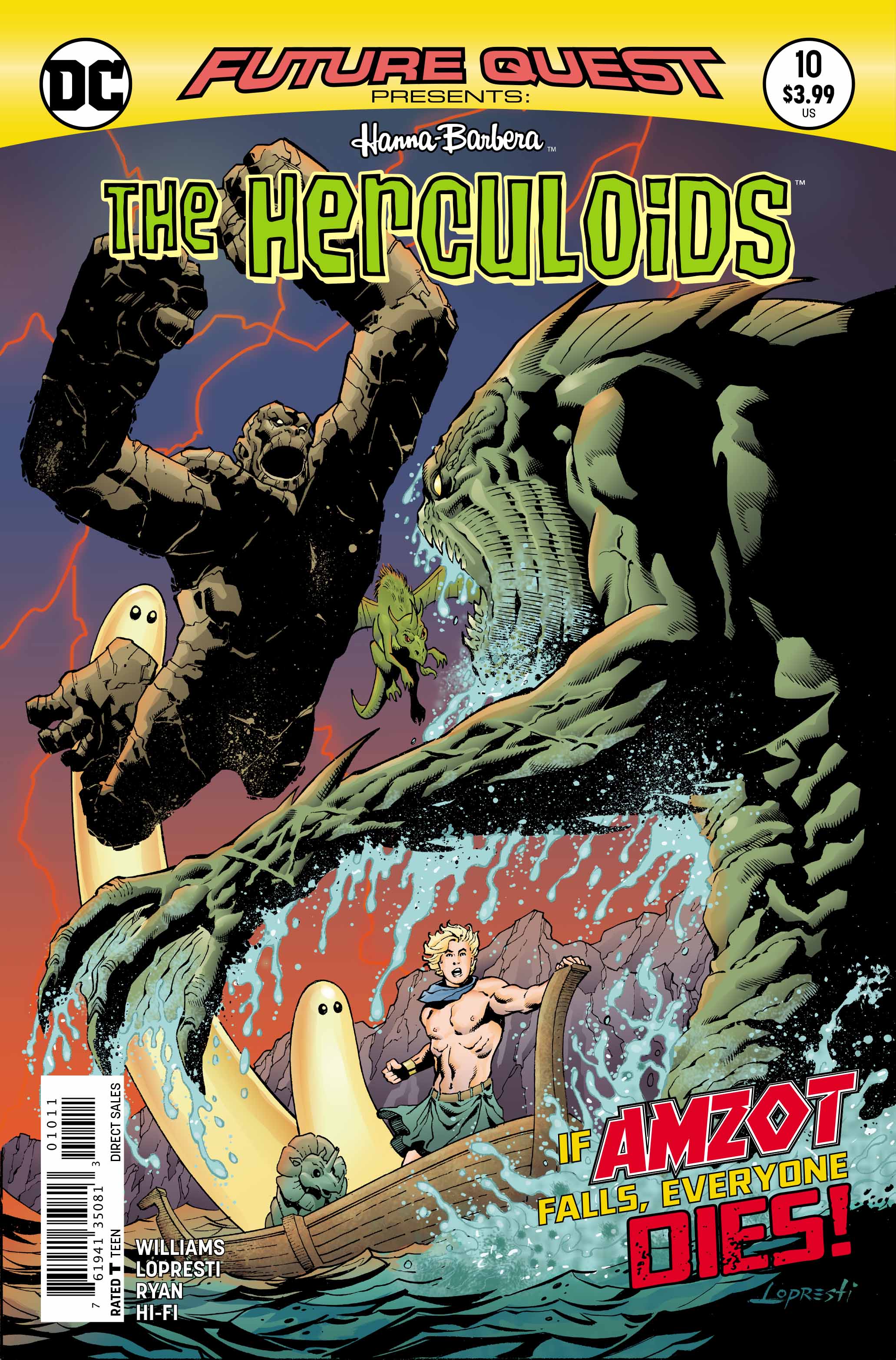 I can’t speak too much to the history or the characters of this title, however. But, the world of Amzot is threatened by an omnipotent being named Animan. Dorno finds himself on the run with his herculoid friends as the world is essentially imploding on itself due to Animan. I would like to note that Animan is certainly set up as a mysterious antagonist of sorts and it works out well enough for this story. I want to get know more about this character and believe I’ll be able to in the next issue. But, I think the single biggest thing that stood out to me is how Dorno was written to interact with the creatures of Amzot. It was certainly sincere and quite a joy to read through. So, props to Rob Williams for that engagement.

Credit goes to Aaron Lopresti, Matt Ryan, and the Hi-Fi team for the solid art designs and colors. I thought they were really well done and jived with the characters. I hope the same art team is able to stick through this for a bit.

While the ending takes a major turn that opens up an array of possibilities for Dorno and the Herculoids, moving forward, all I can really ask is that the dialogue and character development is fleshed out a little more. 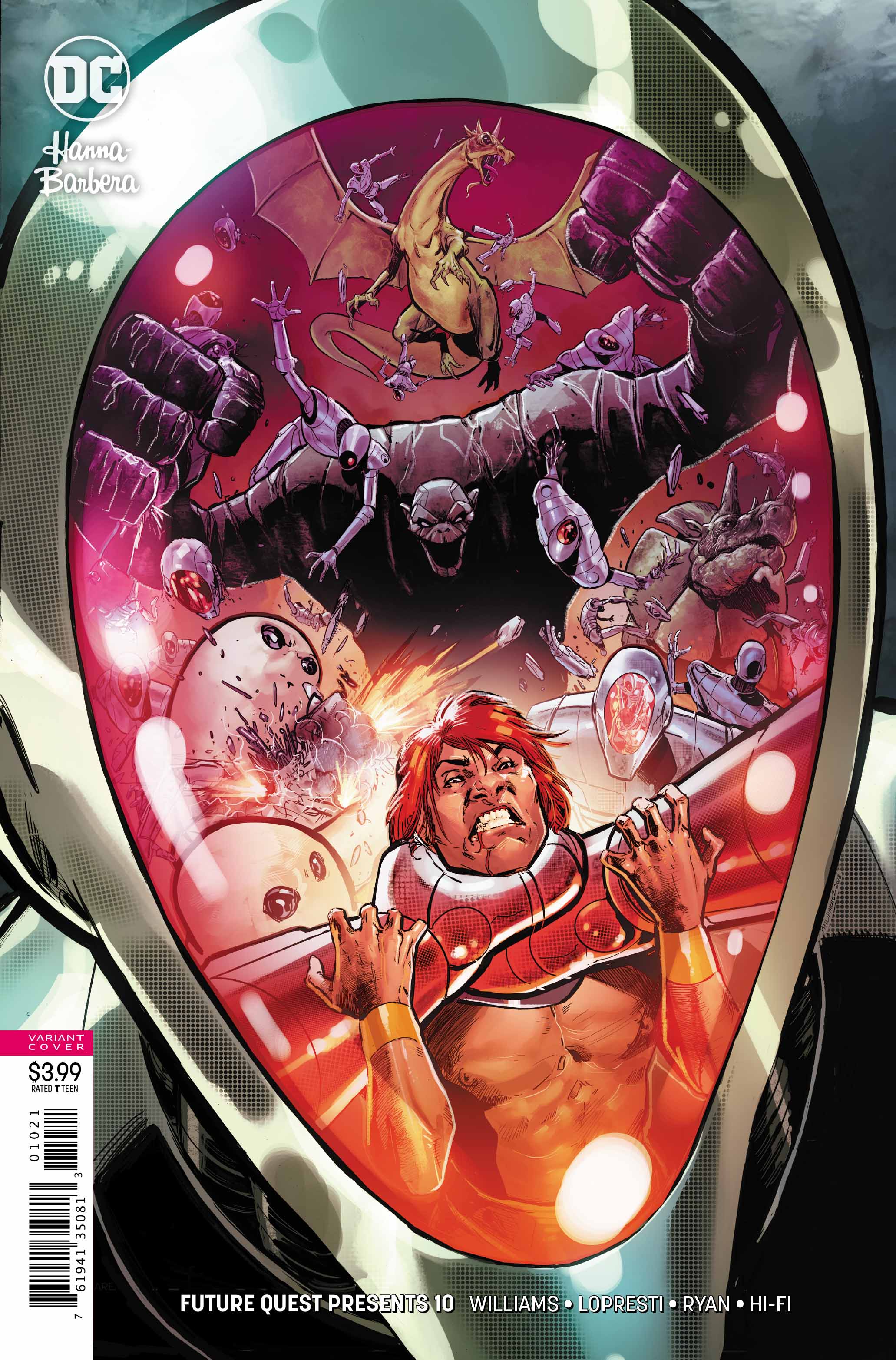