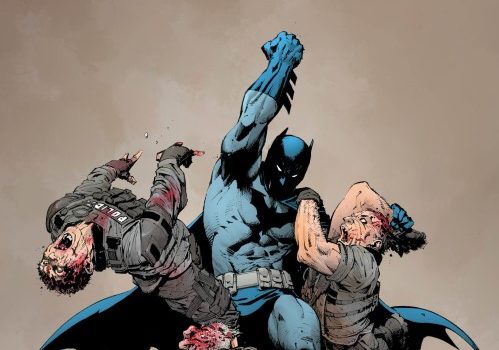 I had heard some buzz online about DC Comics new 6 issue horror event called DCEASED, but to be honestly I hadn’t really paid much attention to it. I had seen come cover art done for some issues and some promotional stuff showing what looked to be zombified DC characters. My initial thought was “Hasn’t the zombie fad kind of died out?” Not really giving it much thought I was given the opportunity to actually take a look at issue 1 and see what this new story from DC was all about and I have to say, DC Comics… You have my attention. 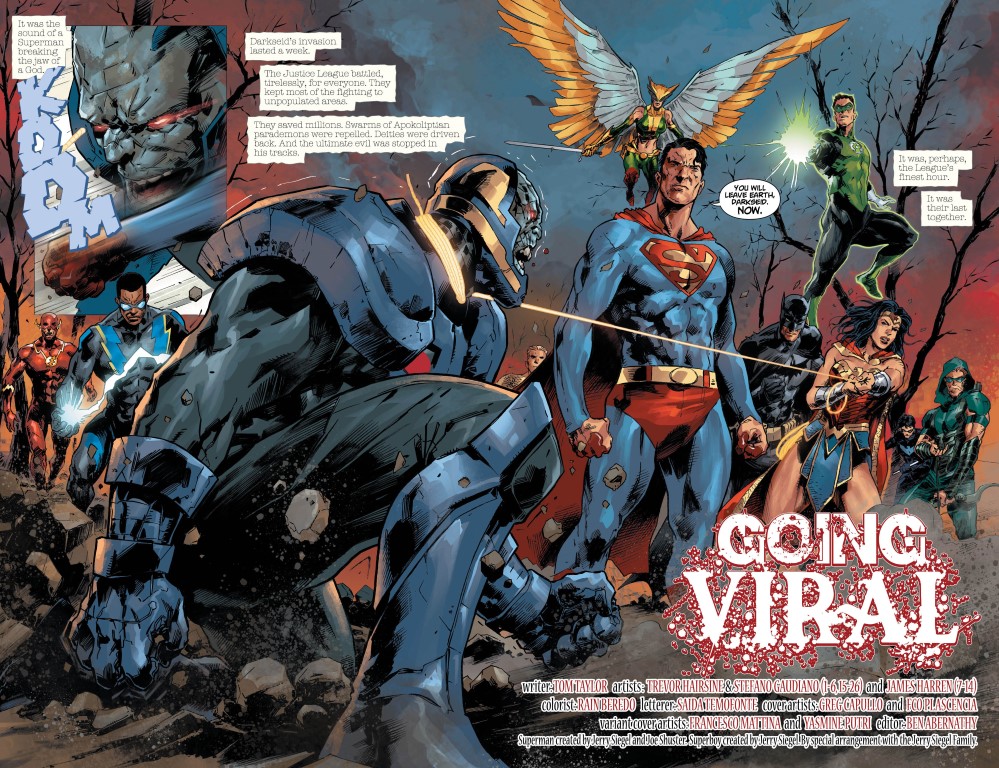 This first issue left me with so many questions and a thirst for more, but honestly I shouldn’t be surprised with Tom Taylor at the helm. This guy has been killing it for years with in Injustice series and in my opinion should be the Tom writing Batman. Just saying other Tom, get out your pen and pad because I have a feeling you are about to get schooled in the ways of writing an event. This first issue grabbed me from the first page and didn’t let go until I hit the last page. This event is scheduled to only be 6 issues to Taylor waste no time getting you right into the meat and potatoes of this story. 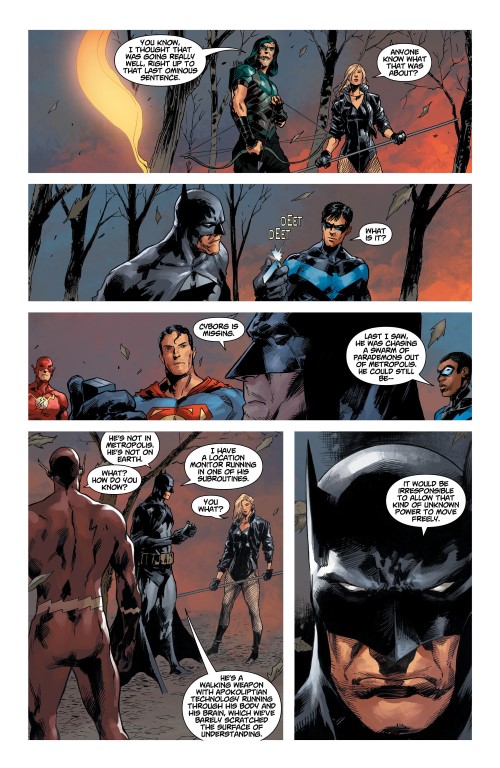 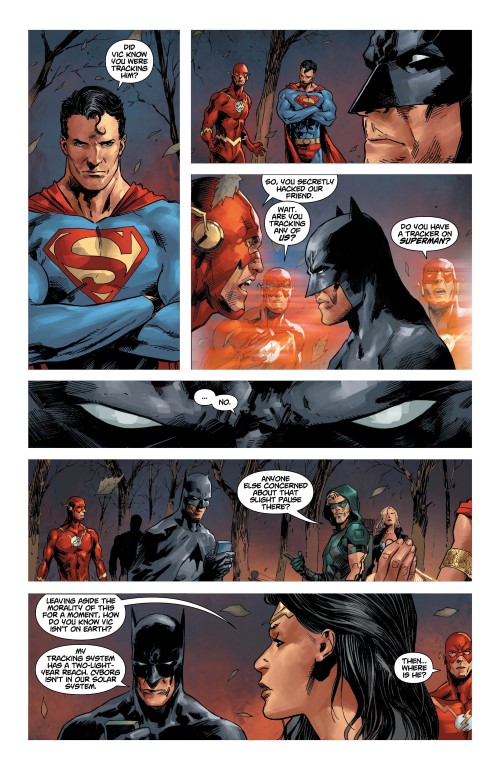 Now I don’t want to get too much into spoiler territory so I’ll keep what I say about this story brief and only give a little bit of the story. So Darkseid is pretty much up to his old shenanigans again, chasing down the Anti-Life Equation on Earth, while doing so also gets his hands on Cyborg. He takes Cyborg back to Apokolips and with a little help from the Black Racer of death, Darkseid basically turns Cyborg into a carrier of one nasty little virus that turns the world upside down. From here it’s up to our heroes to assess the situation because they are currently unaware of what is actually happening. 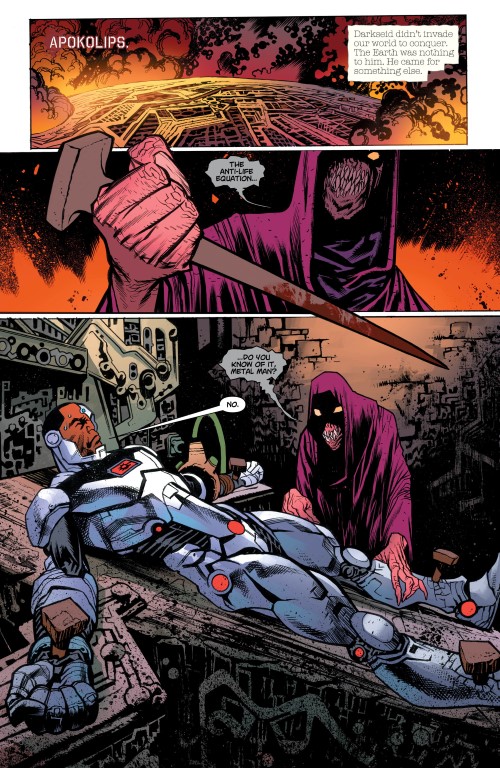 This issue never dulls down for a moment and I honestly had goose bumps by the last page. If anyone could actually get me into a story about zombies, Tom Taylor is the man to do it. His creative and captivating writing along with an incredible team of talent artist have truly captured my attention and have me looking forward to what is next to come. I honestly half expected to hate this issue but after reading it and rereading it, I cannot find one thing about this issue I do not like. I mean I actually even enjoyed Damien Wayne for the smart part he had in this issue, and if you can get me to like that kid, you’ve done something right. I’m rating this issue 5 out of 5 and encourage any DC fan or any fans of horror to give this a read. 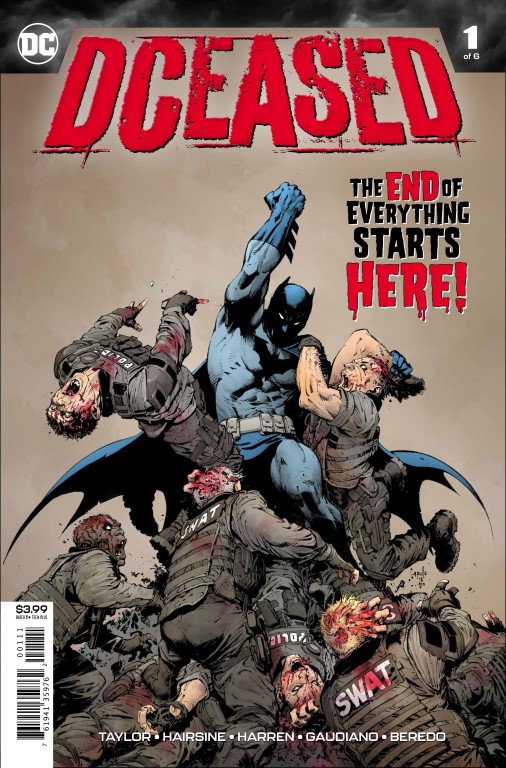 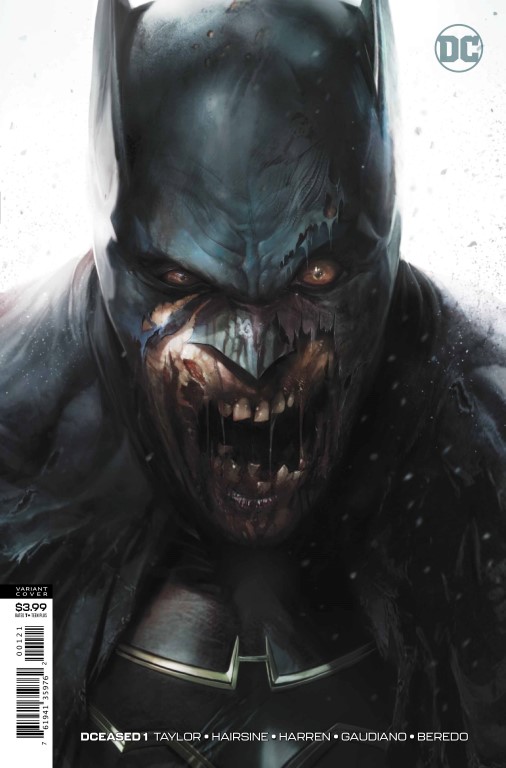 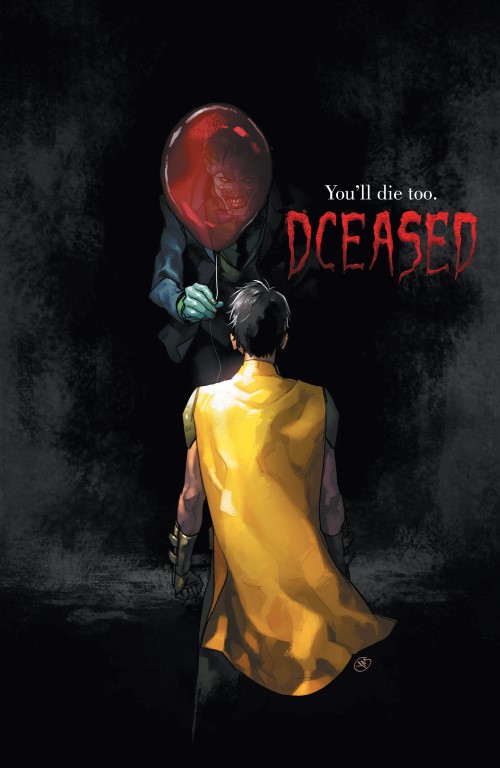 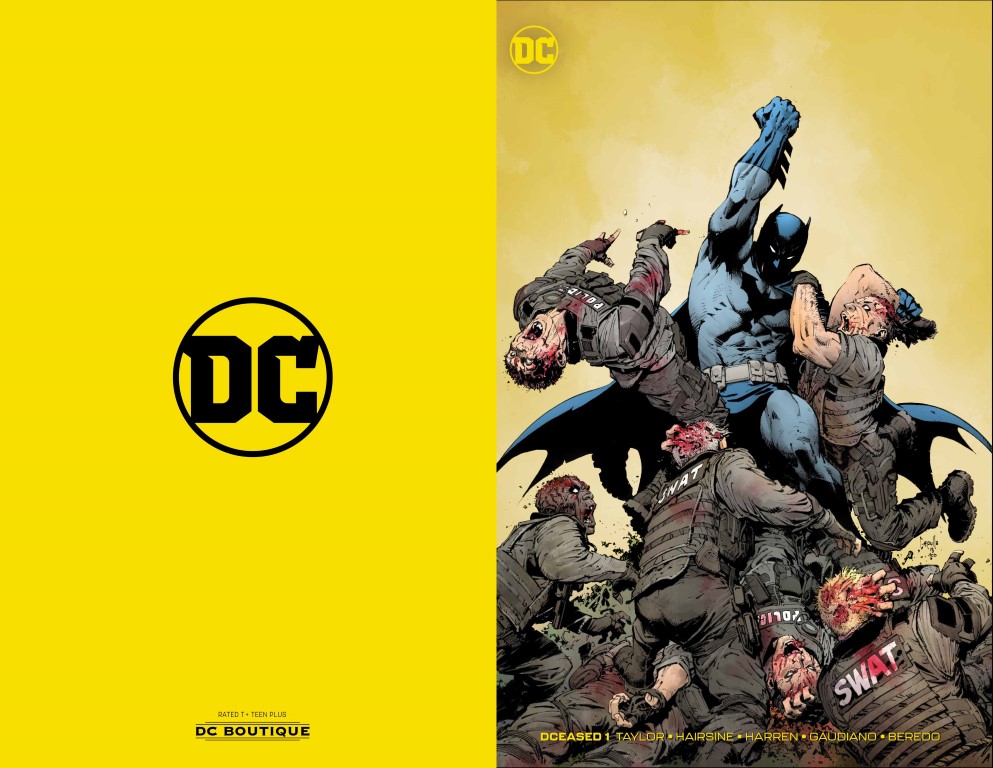