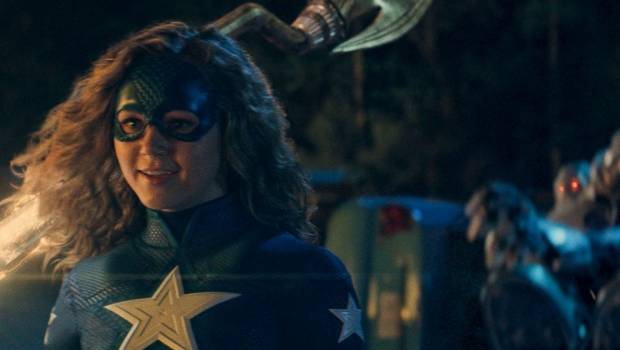 DC UNIVERSE to Premiere STARGIRL on May 11

The Original Series From Creator Geoff Johns Will Debut On The Digital Subscription Service, With New Commercial-Free Episodes Added Every Monday

WHAT: DC UNIVERSE today announced that the highly anticipated original series STARGIRL is set to premiere on Monday, May 11 in advance of The CW broadcast (Tuesday, May 12).

DC UNIVERSE members will be the first to stream new episodes, every Monday commercial-free in downloadable 4K Ultra HD. Additionally, members will have access to several exclusive offerings including extended versions of select episodes, behind-the-scenes footage of cast and crew, exclusive collectible pins and limited-edition posters, fan community forum to discuss the latest episodes and access to deep dive into all the comics that inspired the series.

From original creator and comic book writer Geoff Johns (executive producer of “Titans”, “Arrow,” “Batwoman,” and “The Flash”), STARGIRL follows high school sophomore Courtney Whitmore (Brec Bassinger, “School of Rock,” “The Goldbergs”) as she moves to Blue Valley, Nebraska after her mother remarries Pat Dugan (Luke Wilson, “Old School,” “Idiocracy”) and inspires an unlikely group of young heroes to stop the villains of the past. The live-action superhero drama reimagines the 1999 Stargirl comics and the very first superhero team, the Justice Society of America, in an unpredictable series. STARGIRL is lovingly inspired by Johns’ late sister, who was killed in a plane accident.