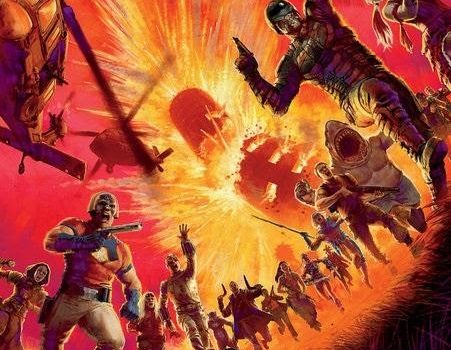 On August 6, visionary writer/director James Gunn showcases some of the DC Universe’s dirtiest players in a mission that that could get them killed (if Amanda Waller doesn’t do it first) in Warner Bros. Pictures’ The Suicide Squad.

If you want to learn more about the characters of Task Force X, DC has everything you need to get clued in, whether it’s at your local comic book store, participating book store, digital retailer, or the DC UNIVERSE INFINITE digital comics subscription service.

Available now, this 232-page collection features cover art inspired by the movie and is the classic story by John Ostrander (with art by Luke McDonnell and others) that inspired Gunn to bring these characters to the screen.

Faced with a rising tide of meta-human crime and terror, Amanda Waller, the hard-headed director of a secret government program designed to neutralize super-powered threats called Task Force X sold the President on her vision: a covert action team composed of incarcerated super-villains who earned time off their sentences for every mission they completed. Deniable, disposable, and deployable to any spot on Earth, this Suicide Squad would be the perfect weapon of last resort—as long as they could be kept under control.

Crafted by acclaimed creators John Ostrander and Luke McDonnell, this volume collects the first eight issues of the team’s legendary 1980s title as well as their updated history from 1987’s Secret Origins #14.

Other collected editions include (all available now):

A collection of stories featuring DC’s favorite antiheroes, ranging from classic adventures by writer John Ostrander, to contemporary takes on the Squad with art by Jim Lee, this is another great companion to the highly anticipated Warner Bros. Picture film.

The New York Times best-selling collection from DC’s The New 52, written by Adam Glass, writer and co-creator of The CW’s Supernatural.

In a story by writer Robbie Thompson and artists Dexter Soy and Eduardo Pansica, Bloodsport’s first mission with the Squad goes pear-shaped as the Crime Syndicate captures Amanda Waller’s agent on Earth-3. By sending in a team to bring Bloodsport home, Waller may also be able to extract another Suicide Squad member for her new team, if she plays her cards right and doesn’t care who else she loses in the process. As part of the team heads into the Multiverse, Peacemaker gets a new assignment to track down and eliminate Levi Kamei—the new Swamp Thing!

Free at participating comic book stores while supplies last on Free Comic Book Day Saturday, August 14, this 32-page flip book spotlights one of the breakout characters from the movie The Suicide Squad, King Shark, in a story written by Tim Seeley with art by Scott Kolins. This book also includes a preview of the DC BLACK LABEL series Suicide Squad: Get Joker!, written by Brian Azzarello (Batman: The World, Batman: Damned) with art by Alex Maleev (Checkmate).

In a story by Suicide Squad series writer Robbie Thompson and artist Dexter Soy, the story behind Conner Kent’s (Superboy) recruitment into Task Force X takes center stage. This oversize (48-page) one-shot alters everything for the one legit hero on the Squad and makes him question his place in it when he finds out the truth behind his origin.

Available at participating retailers (check for availability), select DC titles will feature a special variant cover with artwork inspired by the movie:

DC UNIVERSE INFINITE has a wide selection of digital comics from throughout DC’s history spotlighting members of Task Force X. Check out our custom collection for THE SUICIDE SQUAD, featuring character origins, key storylines, and series. And if you want to deep dive into specific characters, DC UNIVERSE INFINITE has you covered with Character Collections ranging from Harley Quinn to King Shark. 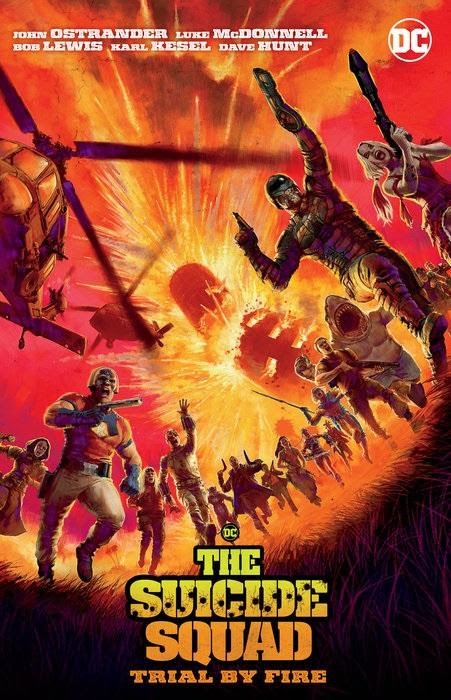 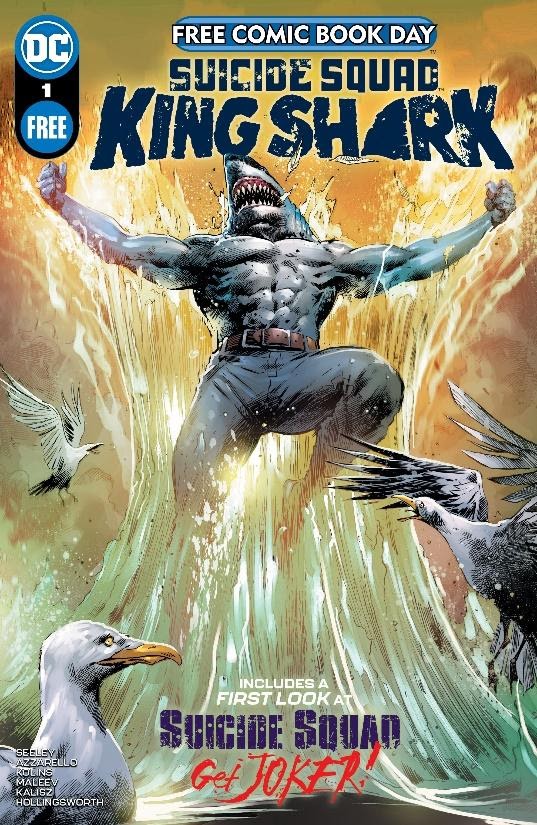 DC UNIVERSE INFINITE also has THE SUICIDE SQUAD: TRIAL BY FIRE available to read for free with registration for the month of August. Check it out and chat about this Suicide Squad origin with fellow fans in the DC Community!

James Gunn’s The Suicide Squad arrives in U.S. theaters Friday, August 6, 2021 and streams exclusively on HBO Max on the Ad-Free plan for 31 days from theatrical release, through September 7. For more information on the movie visit the official website at www.thesuicidesquad.com. For more information on HBO Max and to sign up, visit www.hbomax.com.

For the latest news on Suicide Squad comic books and the World’s Greatest Super Heroes, be sure and check out the DC website at www.dccomics.com, and follow on social media @DCComics and @thedcnation.