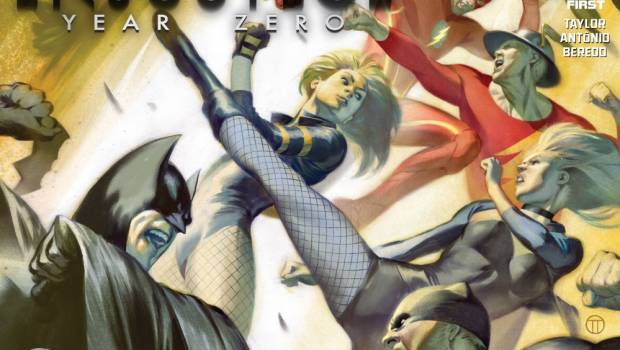 DC proudly announces the launch of its newest Digital First series, Injustice: Year Zero! Publishing twice monthly and spanning 14 chapters, the first three chapters are available to read immediately as a bundle for $2.49 when purchased at readDC and comixology.com, or individually for $0.99 on all participating digital platforms!

Injustice: Year Zero returns fans to the world of DC’s bestselling Injustice: Gods Among Us; back to a time before Superman punched the Joker through the heart and became the fascist ruler of Injustice!

“Year Zero isn’t as morally grey as what comes after,” said Tom Taylor in an interview with The Hollywood Reporter. “This is Superman and Batman at the peak of their friendship. Lois and Clark as a team. The Justice League united, and the Justice Society as a shining example for all. Of course, by its very nature, there’s going to be tragedy and shocks and deaths, but there will be hope, there will be triumph, there will be love with the loss and heart alongside the hurt.”

Taylor’s prequel story in Injustice: Year Zero, “Fall of the Old Gods,” focuses the action around the Justice League and the discovery of how their predecessors covertly fought within WWII to bring down a tyrant. When the Joker finds a way to control DC’s Super Heroes, he uses his leverage to sabotage the Justice League—and the JSA—from the inside! 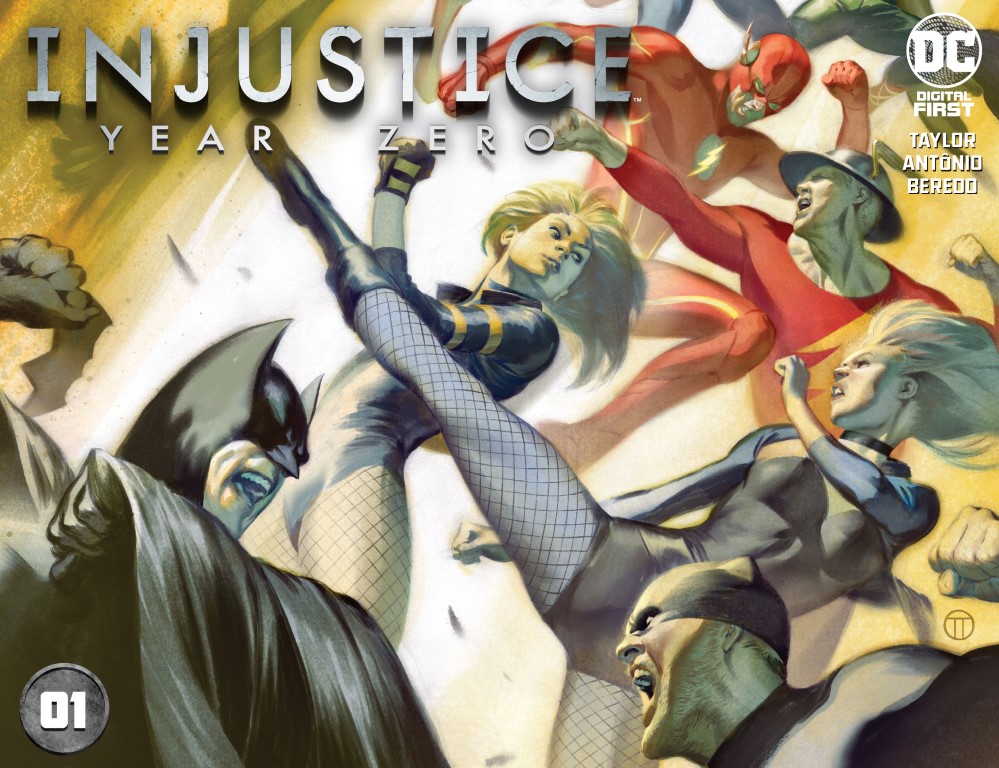 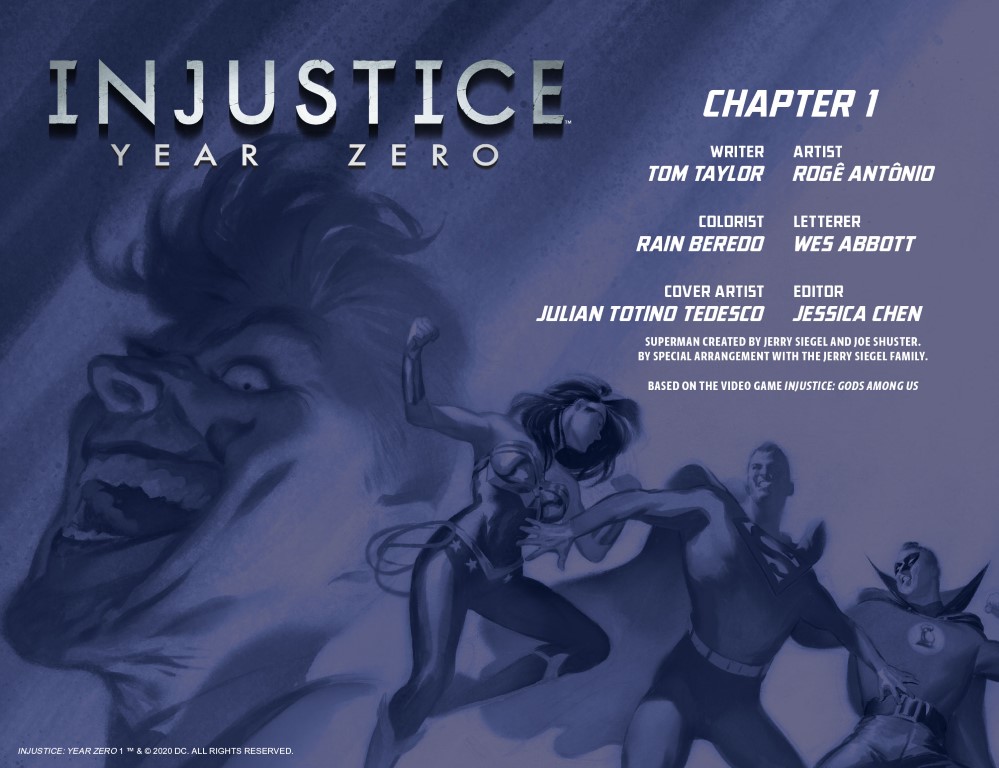 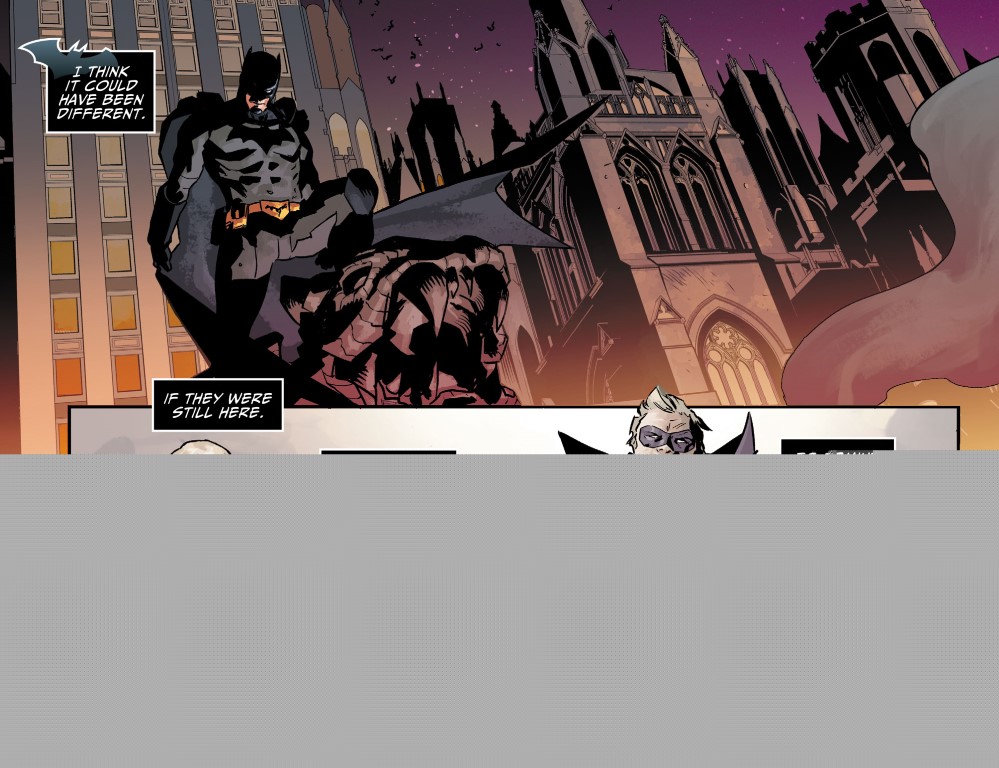 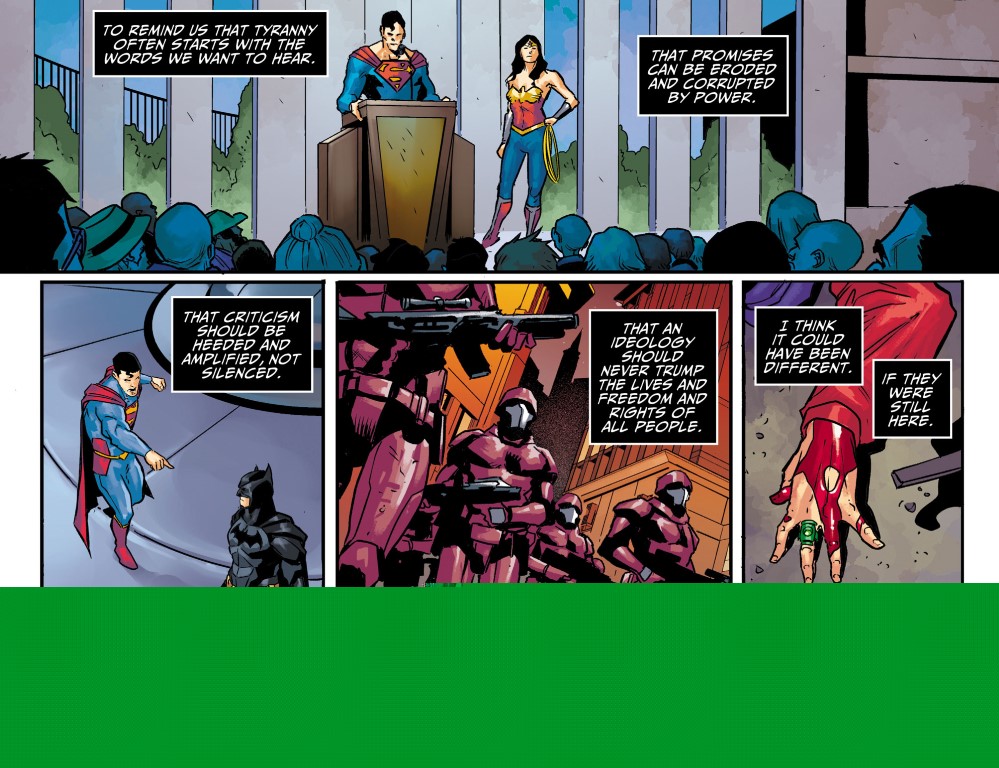 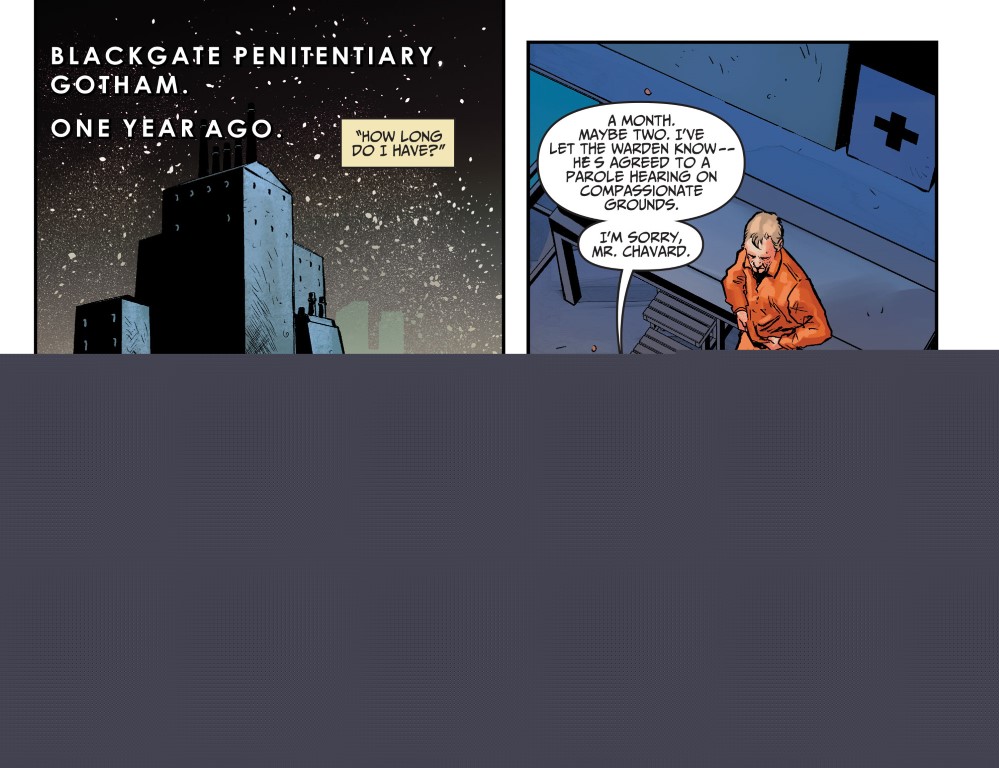 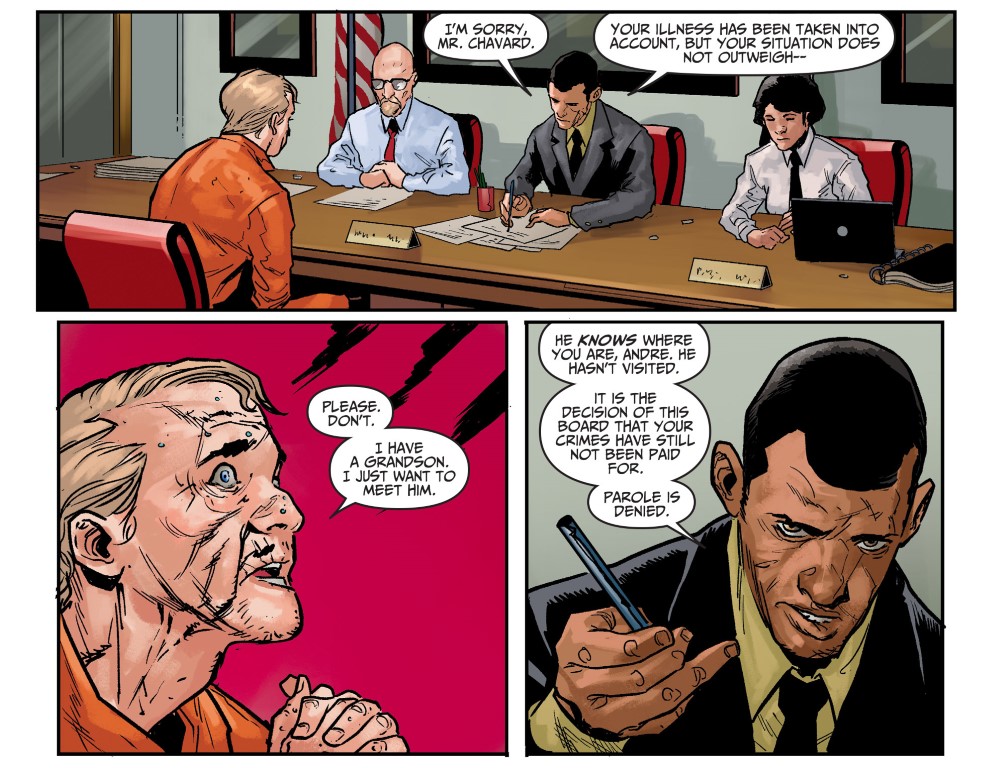 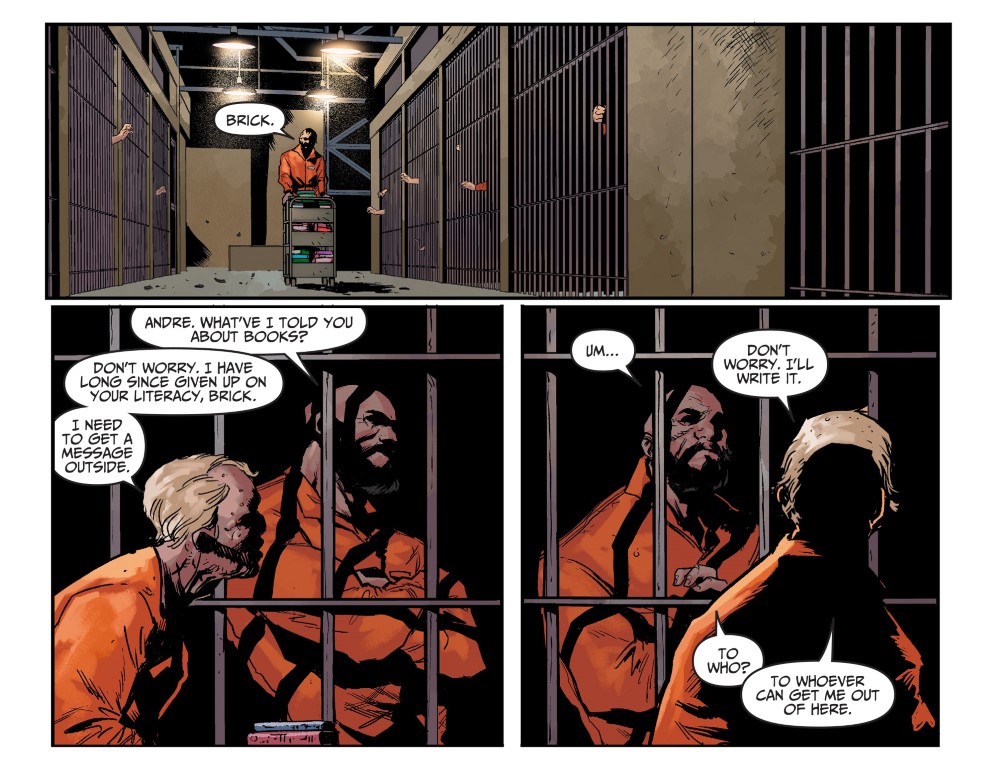 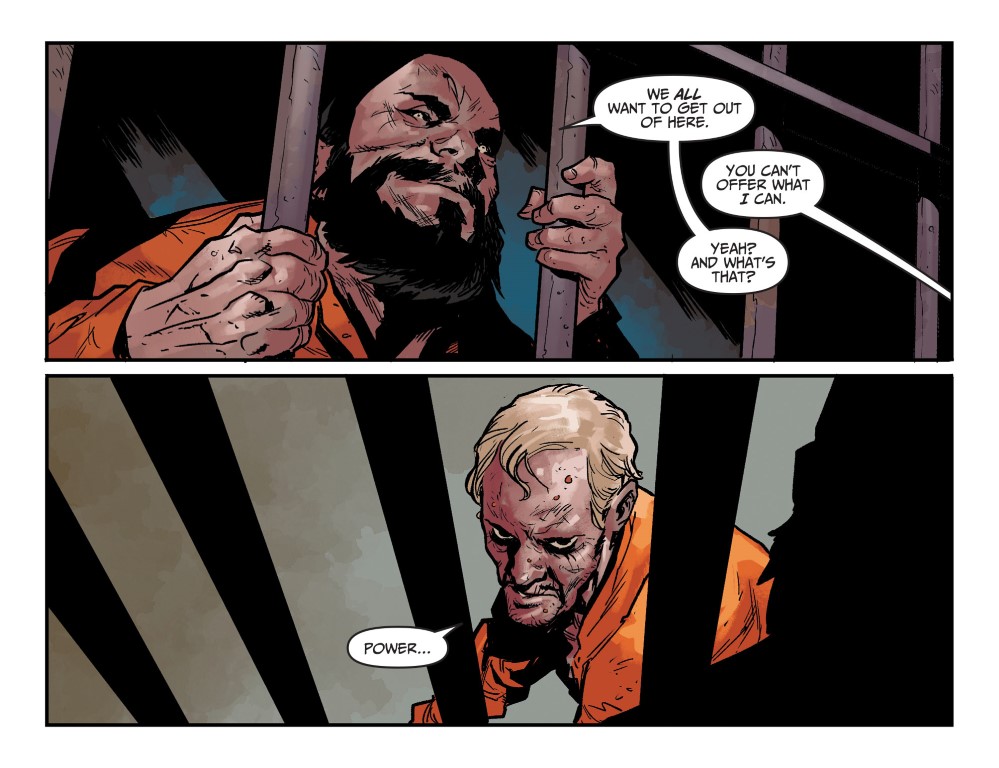 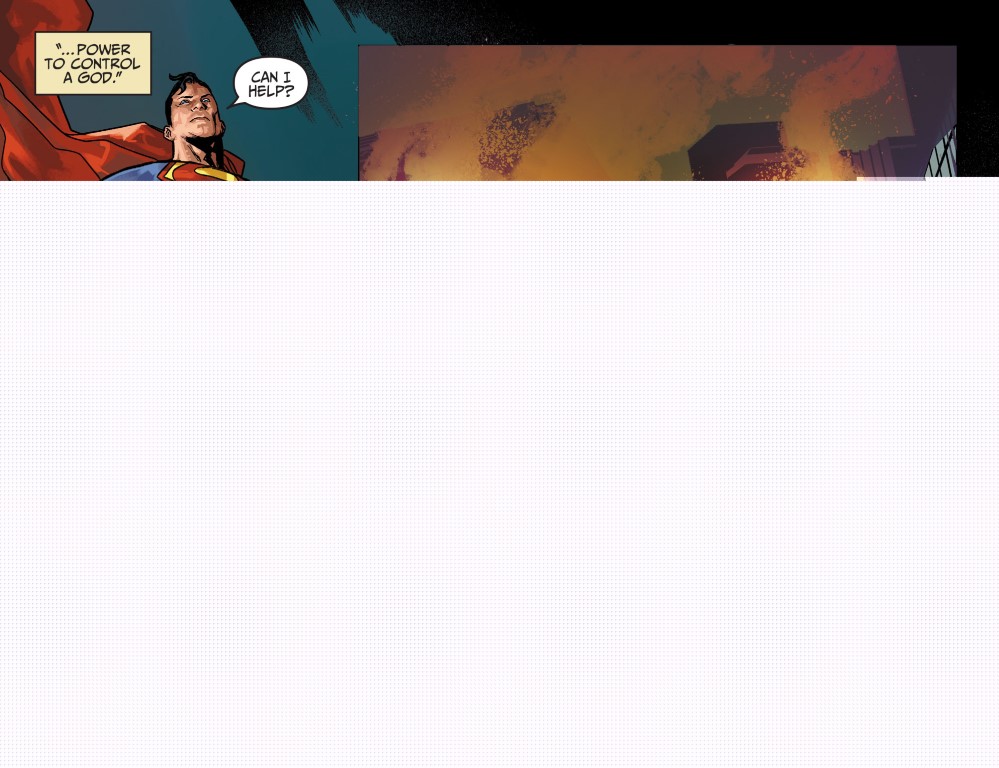 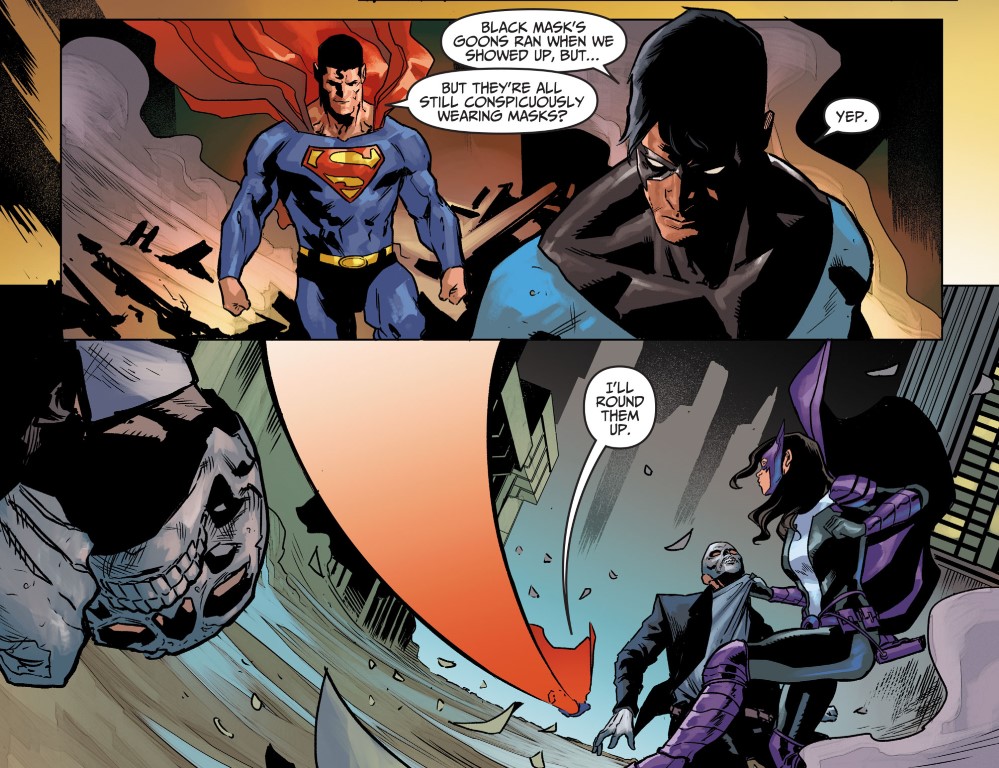