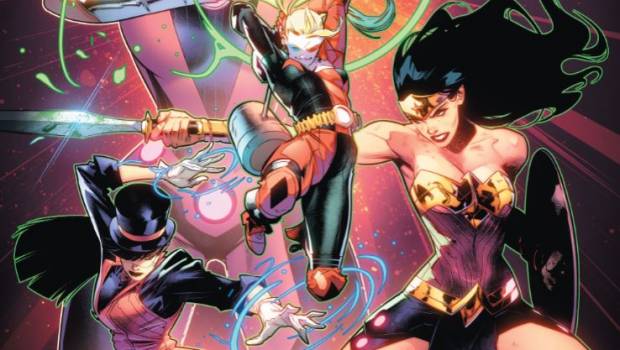 Summary: DC Nation #0 is a fun glimpse of DC's summer of events!

DC Nation #0 is a teaser around the upcoming summer of events at DC Comics that includes three all-new stories from the mythologies of Batman, Superman and the Justice League.

The first story is written by Tom King with art of Clay Mann and revolves around The Joker! Unfortunately for a denizen of Gotham named “Roger”, The Joker has broken into his home as he believes this citizen will receive an invitation to a very special wedding… that of Batman and Catwoman. Needless to say, Tom King successfully captures the psychopath craziness of The Joker as this character patiently waits for an invite that will never come as he torments Roger almost to death. Needless to say, the story ends with a BANG and is continued in Batman #48. It’s a great story with some stellar art!

Following this story is one that focuses on the Man of Steel which is written by new Superman scribe, Brian Michael Bendis. Entitled ‘Office Space’, it’s basically a day in the life of Clark Kent and while he gets chastised by Perry White, we’re also introduced to Miss Goode, the new hotshot writer who’s at the Daily Planet to cause trouble. This story is a little generic and doesn’t excite like the other stories in this comic. It’s a fun read but lacking a little oomph. This story continues in the Man of Steel #1 and does feature some impressive art by Jose Luis Garcia-Lopez that almost has this Silver Age feel.

The final story commences on the homeworld of Braniac, Colu as a trial finds Batman and his friends guilty for crimes against multiversal law. The high court of Colu is about to execute Batman as they ask him where the Justice League is as he arrogantly answers… which one.

This story basically introduces the four new Justice League teams that have spun out of Dark Nights Metal and is written by Scott Synder, James Tynion IV and Joshua Williamson with art by Jorge Jimenez as the first group, Justice League: Team Entrophy led by Batman attempts to free some of the most dangerous intergalactic criminals in the multiverse courtesy of Deathstroke, Lobo, Beastboy and Lex Luthor. Elsewhere, Superman’s group, Justice League: Team Mystery includes Martian Manhunter, Starro, Starfire and Sinestro who are taking back the life nursery.

Justice League: Team Wonder is led by Wonder Woman includes Doctor Fate (woo-hoo), Raven, Zatanna and Etrigan who are trying to retake the mystic tree as they are inundated by alien ghosts. The final team is Justice League: Team Wisdom and includes Cyborg, Robin, the Atom, the Flash and Harley Quinn who are trying to hack a planet in order to ensure the other teams achieve their goals. So while these league fight off planet, back on Earth Supergirl comes across a group of celestial beings that may very well threaten everything in existence. This story was a huge tease, a little confusing but quite entertaining.

All three stories were a fun read and I’m really eager to see where these stories go, especially the upcoming Justice League: No Justice #1. Sure it was a little convoluted compared to the first two stories but it’s quite fascinating to see where it will all go. Bendis’ story was a little cliched but he definitely channeled the core of this character and King’s Joker story was not only disturbing but was like watching a train wreck waiting to happen as you were held captive.

Great writing and great art is what DC Nation #0 is all about! 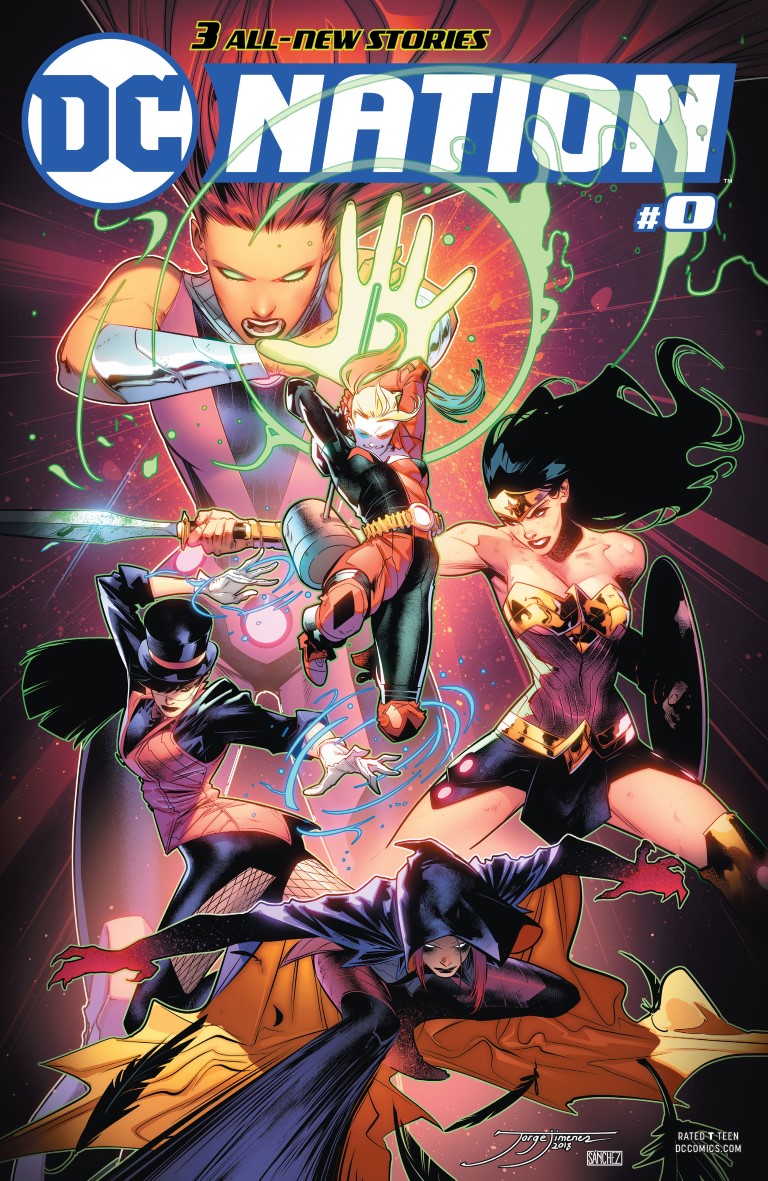 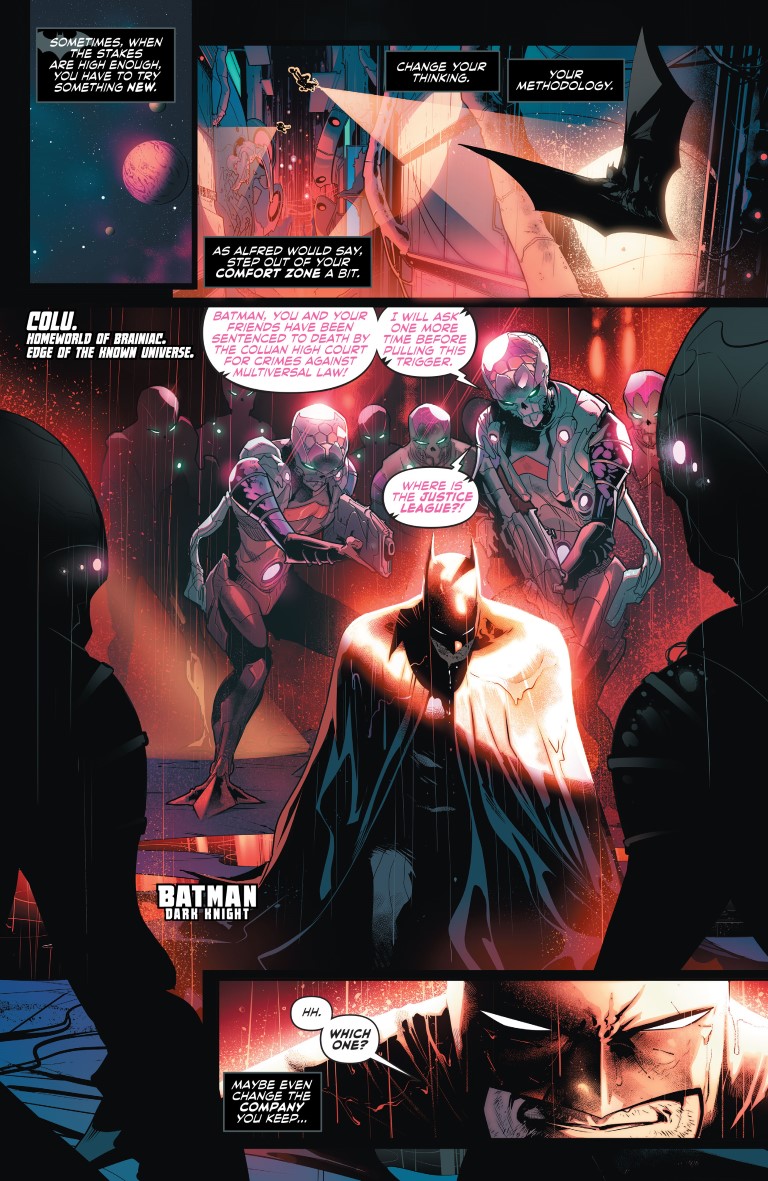 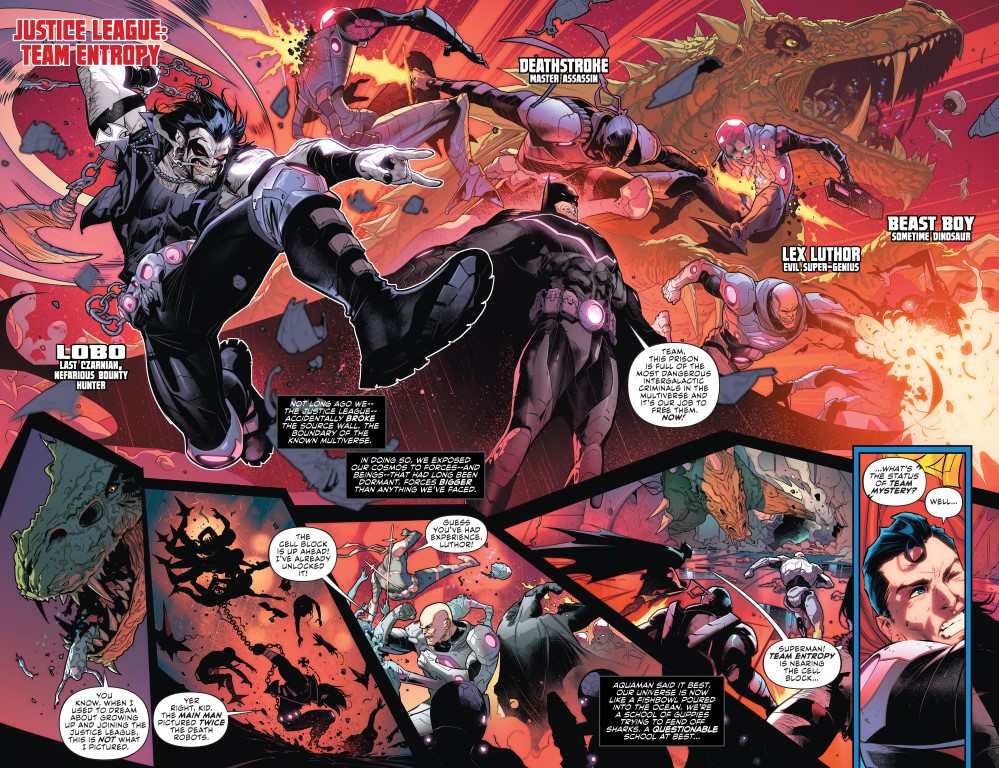 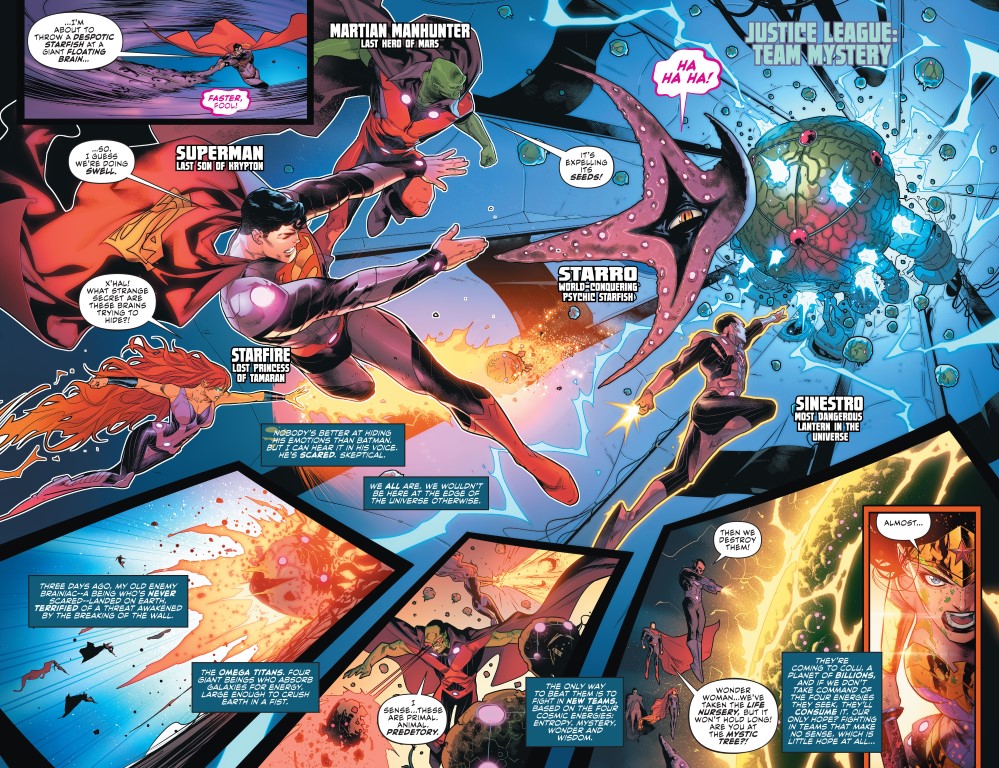 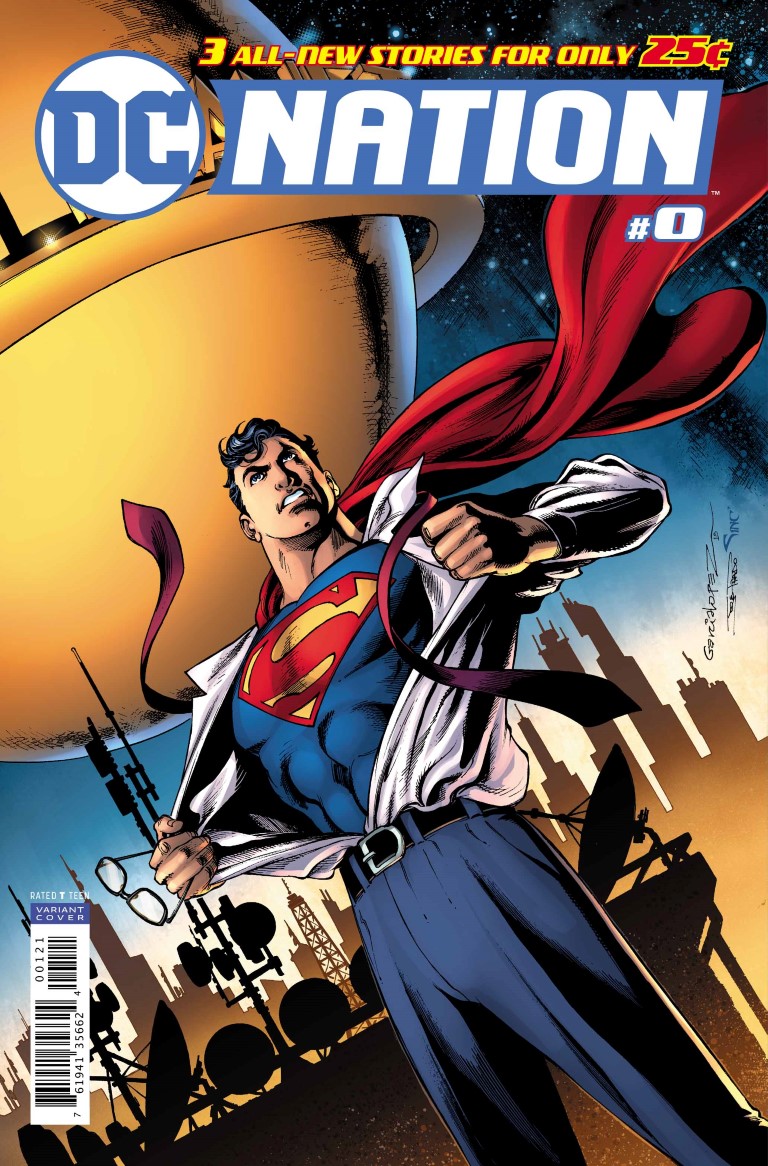 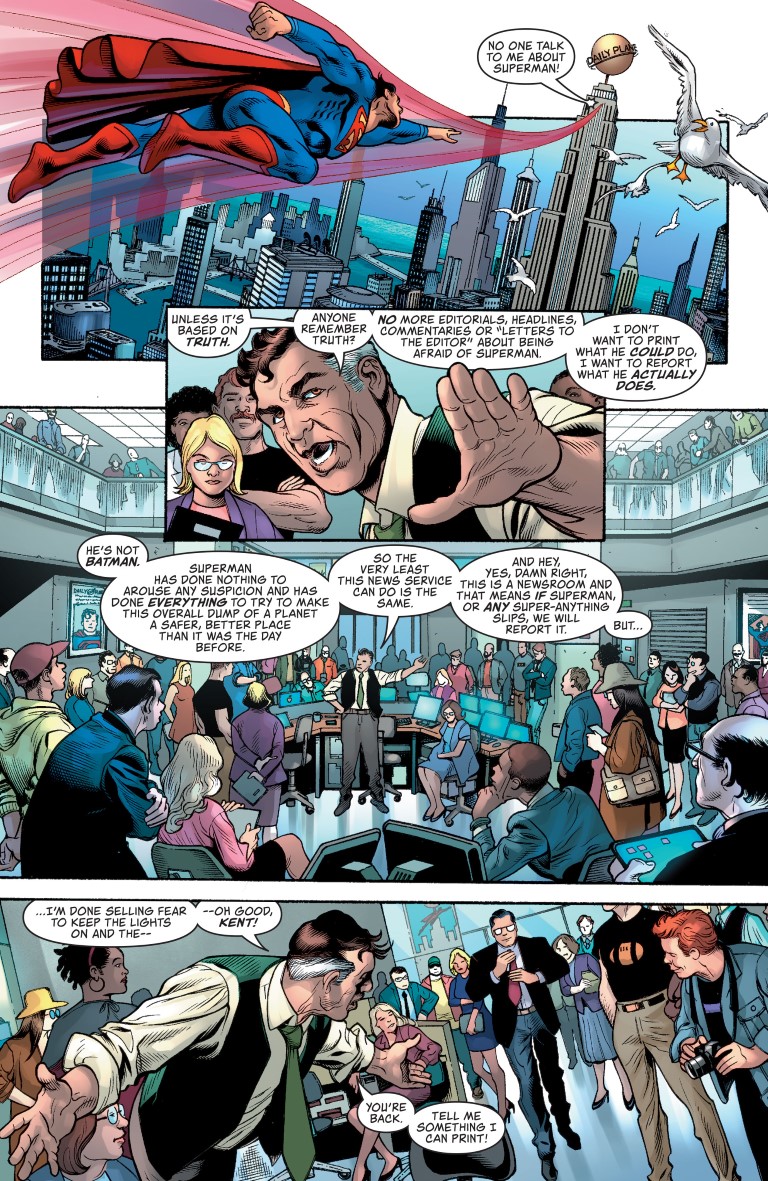 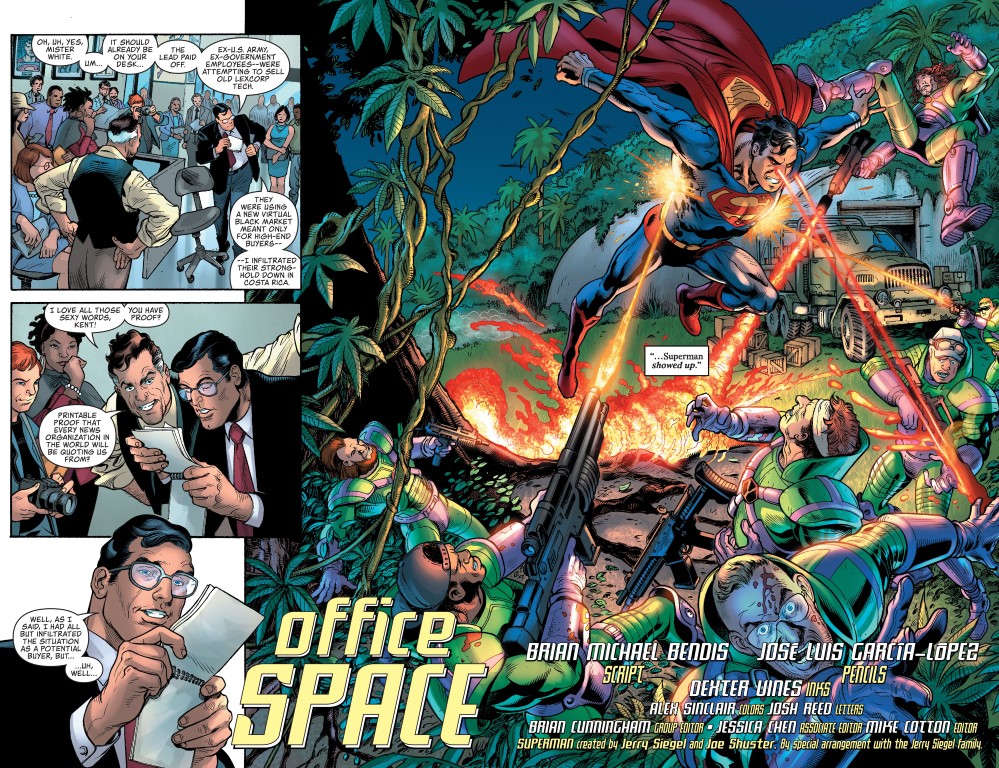 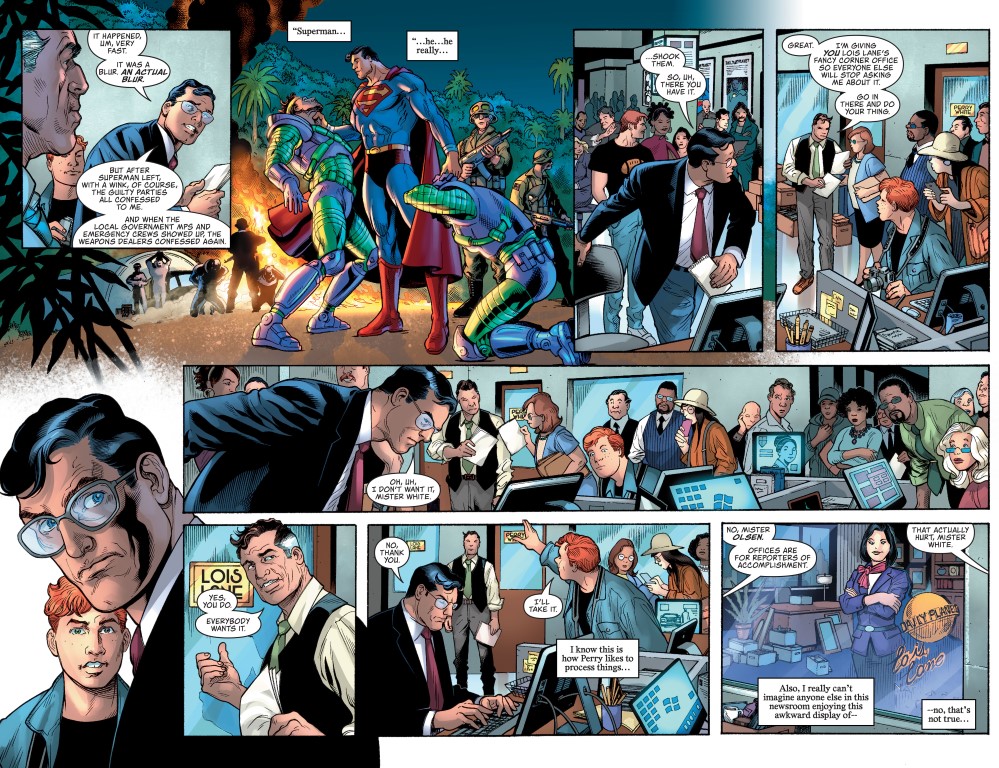 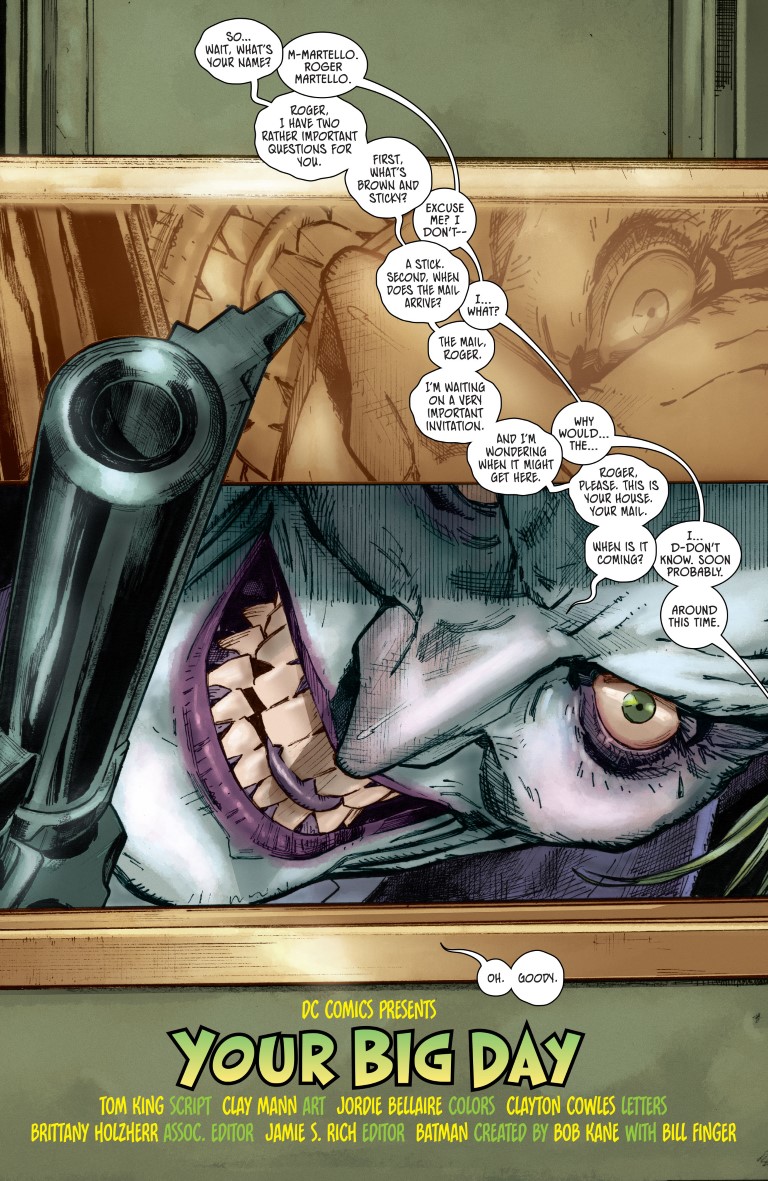 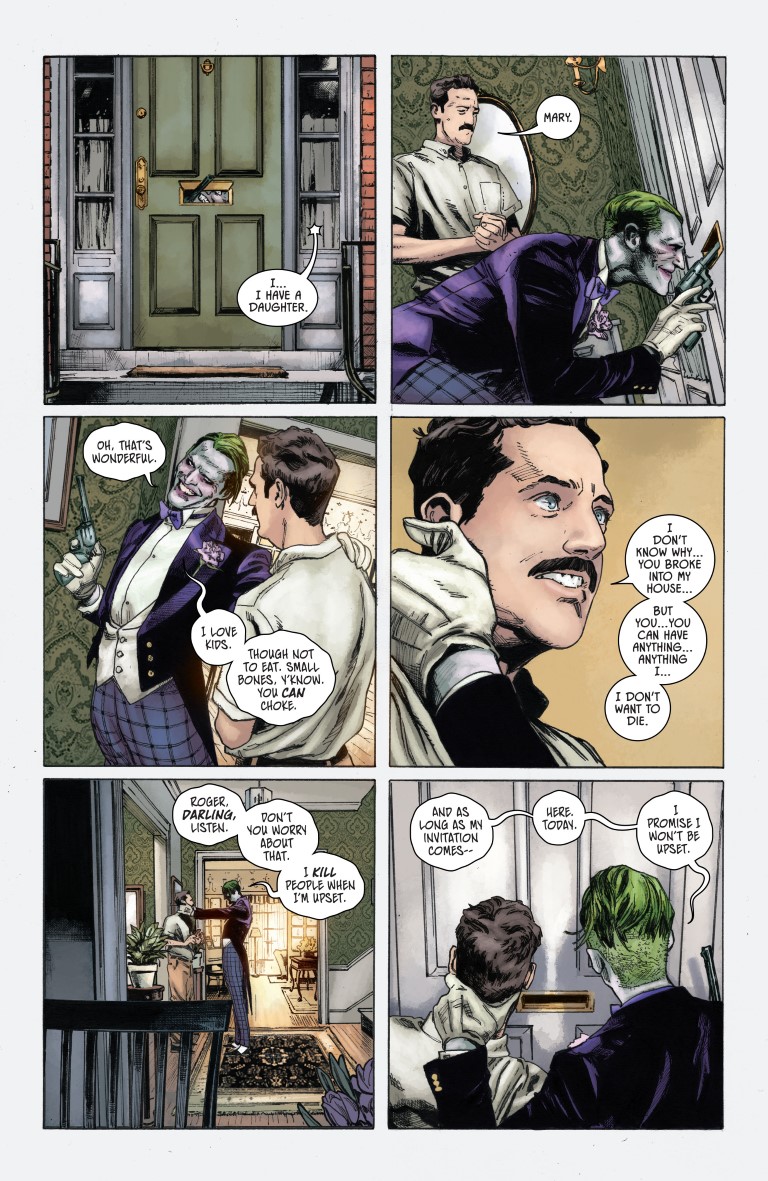 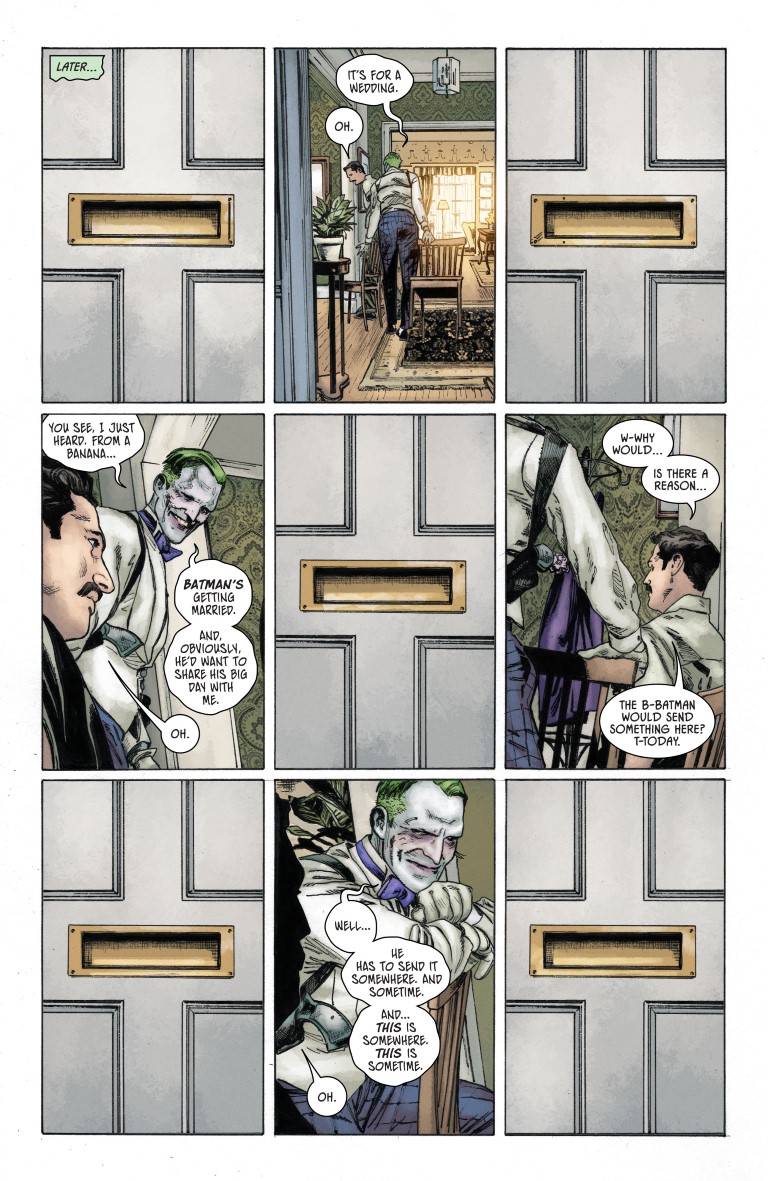 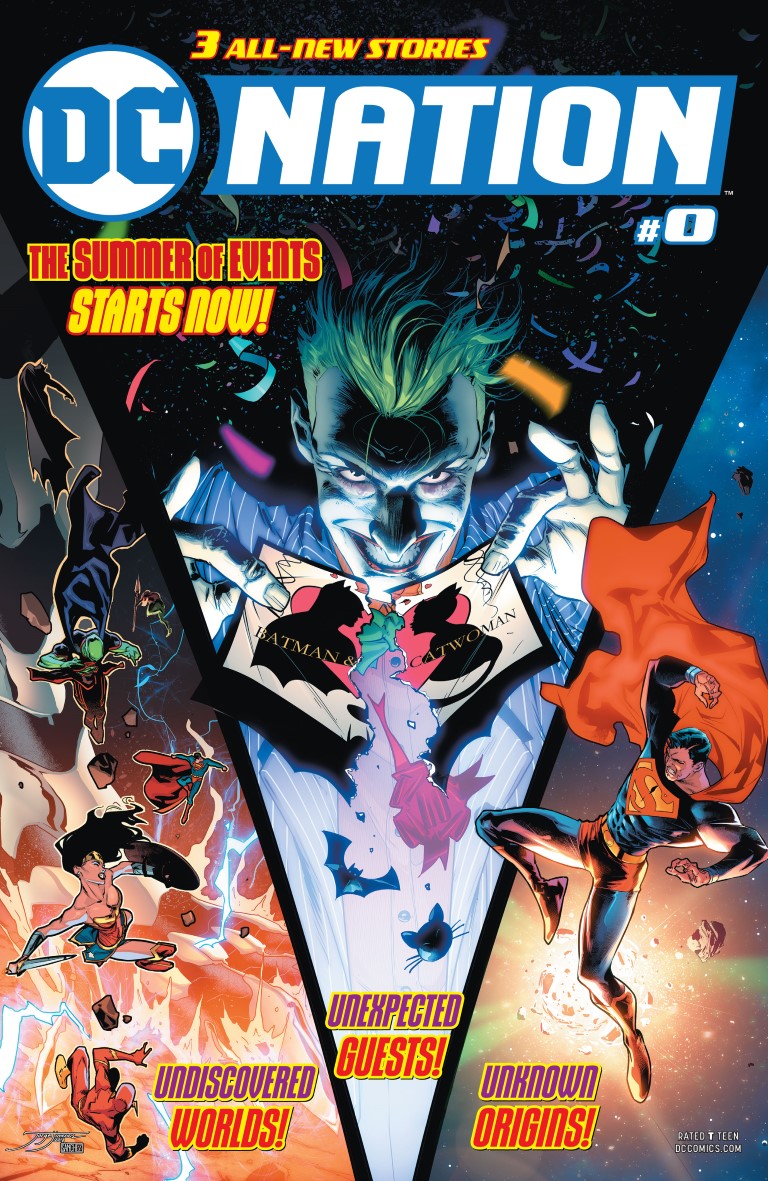 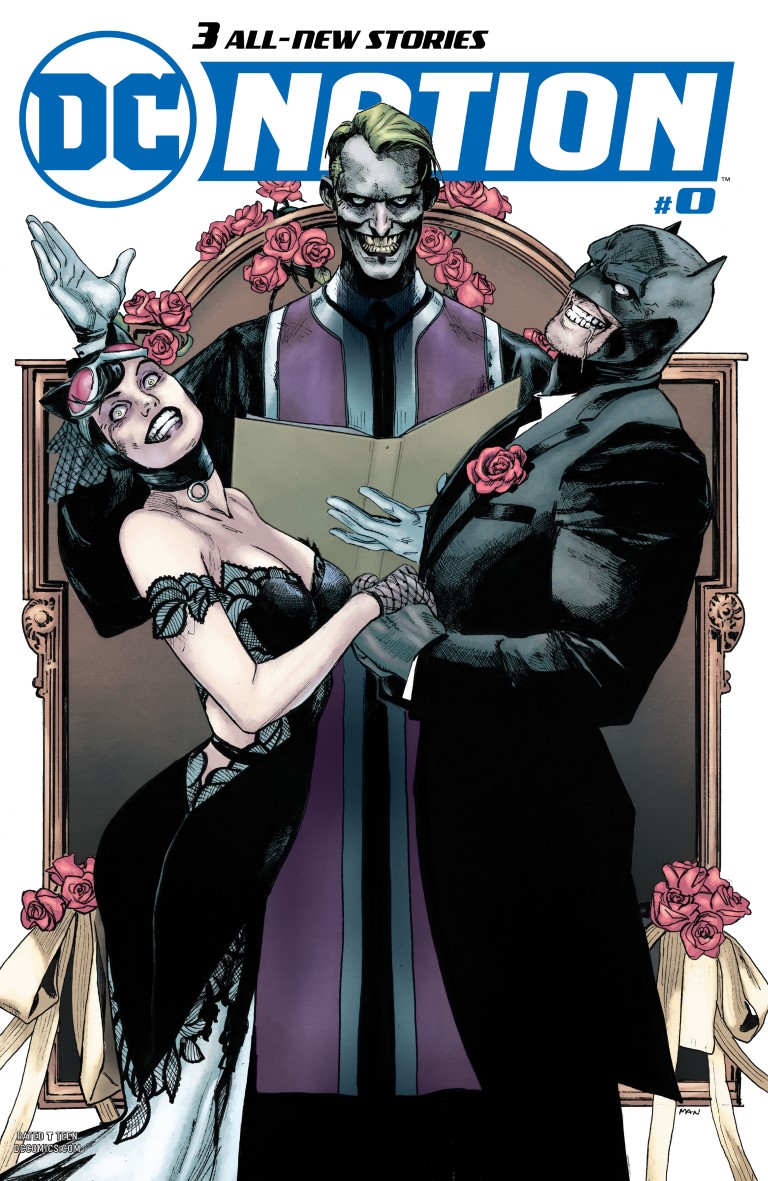