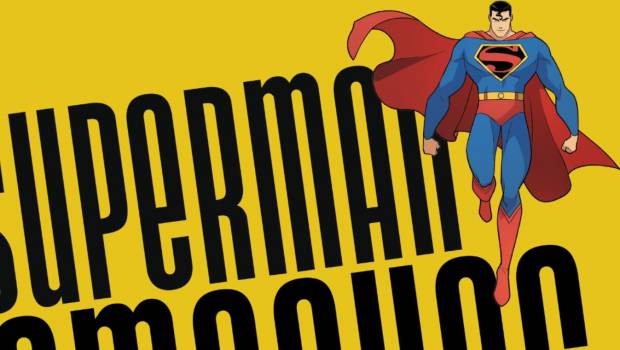 Superman Smashes the Klan – the acclaimed comics series from New York Times bestselling author Gene Luen Yang and artist Gurihiru – is gearing up for its collection release in May, and today, DC debuted the book’s official trailer.

Superman Smashes the Klan is inspired by the famous “Clan of the Fiery Cross” story arc that aired on the 1940s Adventures of Superman radio show. The radio serial is widely praised for its impact in changing public opinion toward the Ku Klux Klan, and now, for the first time, Yang and Gurihiru put a fresh twist on the iconic story in graphic form. Geared for teen readers, Superman Smashes the Klan explores Superman’s own identity as an immigrant struggling to assimilate in America while also following the Man of Steel as he saves a Chinese American family from a local chapter of a national hate group called the Klan of the Fiery Kross.

The three-part comics series debuted in 2019 to rave reviews and beginning May 12, readers can enjoy Superman Smashes the Klan as a single volume graphic novel. The graphic novel is already receiving early buzz including starred reviews from School Library Journal and Booklist.

The Superman Smashes the Klan official trailer is narrated by Yang and can be seen below. The graphic novel is available to pre-order now and will hit stores and online retailers everywhere books are sold May 12, 2020.

The year is 1946. Teenagers Roberta and Tommy Lee just moved with their parents from Chinatown to the center of Metropolis, home to the famous hero, Superman. Tommy makes friends quickly, while Roberta pines for home. Then one night, the family awakens to find their house surrounded by the Klan of the Fiery Kross! Superman leaps into action, but his exposure to a mysterious green rock has left him weak. Can Roberta and Tommy help him smash the Klan?