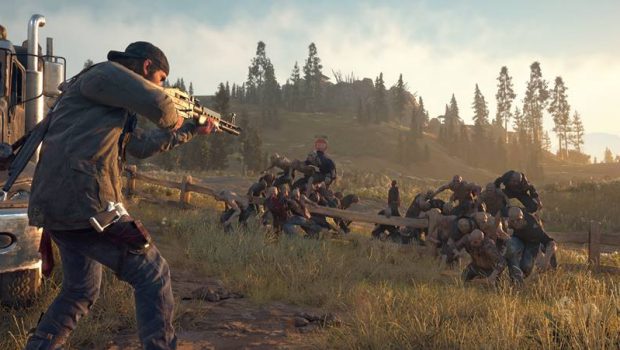 The three videos offer a look into the wilderness setting for Days Gone, as well as new insights into the diversity of dangers and enemies Deacon St. John will come across in his story of survival. Players must use a plethora of weapons, various combat mechanics and maintain their all-important motorcycle as they tackle the broken roads of Oregon’s High Desert.

Please find below a summary of the of the World Video series.

The world of Days Gone is breathtaking. You’ll be tempted to stop and look out at the lush valleys, the many rivers and waterfalls, but… don’t. You’re not a tourist here. You’re fighting to survive. Riding the broken roads through Days Gone offers landscapes that change quickly and dramatically, a living, breathing world – filled with things trying to kill you.

The open world of Days Gone is dangerous and never stops coming for you. As long as you have your Drifter Bike though, you might just survive. You need to take care of it – upgrade your Bike for better durability, increasing your storage or to escape hordes of Freakers. Just make sure you don’t run out of gas in the wilderness…

Learn more about your primary enemy in Days Gone, the Freakers, as well as combat and some of the different weapons featured in the game. Take on Freakers in groups of two or three, but watch out if you come across a marauding hoards, which can move and respond as a single organism.

Days Gone launches in Australia on 26th April, exclusive to PS4. Players can pre-order now from PlayStation Store and select retailers. Head to www.siee-press.com for additional screenshots and assets.