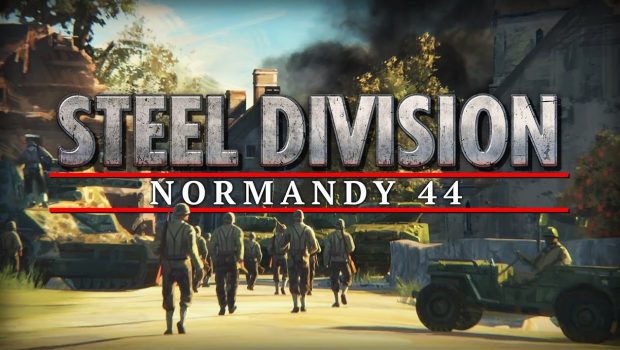 SYDNEY – June 30, 2017 – Paradox Interactive, a publisher known for shooting from the hip, today released Steel Division: Normandy 44, a tactical real-time strategy (RTS) game from Eugen Systems, in Australian retail stores for Windows PCs. Steel Division: Normandy 44, made by the creators of Wargame and R.U.S.E, welcomes players to the world of 1944 World War II-era warfare with detailed and historically accurate weapons, tanks and troops. Players must use their tactical know-how to outmanoeuvre and outgun the enemy in big multiplayer battles, or go it alone in a hardcore single-player campaign.

Lead legendary divisions from six different countries, such as the American 101st Airborne, the German Armoured 21st Panzer, or the 3rd Canadian Division, all based on their actions and capabilities during the invasion of Normandy in 1944. Take command of over 400 units armed to the teeth with historically accurate weaponry. Manoeuvre your troops and push the front line against the enemy in multiplayer battles that feature ranked matches of up to 10-vs-10. Coordinate your selections of infantry, tanks and aircraft to create the ultimate military force and counter the enemy’s units.

Your war chest of features include:

Steel Division: Normandy 44 is now available in Australian retail stores on Windows PCs for a suggested retail price of $49.95.