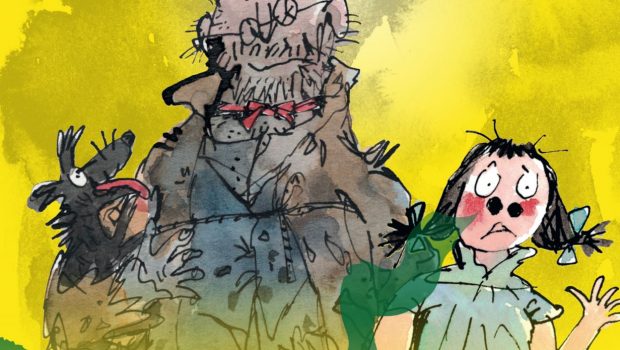 Written by Maryam Master and directed by Jonathan Biggins the touching, twisted and very smelly adaptation begins when Chloe, just about the loneliest girl in the world, makes friends with Mr Stink, the local tramp. Sure he smells a bit, but he’s the only person who’s ever been nice to her. So, when Mr Stink needs a place to stay, Chloe decides to hide him in the garden shed.

Now Chloe’s got to make sure no one finds out her secret, but she’s about to learn that some secrets have a way of leading to disaster. And speaking of secrets, there just might be more to Mr Stink than meets the eye… or the nose…

“Mr Stink stank. He also stunk. And if it was correct English to say he stinked, then he stinked as well…”

David Walliams is an acclaimed actor and writer best known for the multi-award-winning television sketch show Little Britain, Britain’s Got Talent and Stardust. He published his first novel for children, The Boy in the Dress, in 2008. He is the biggest selling UK children’s author to debut this century. His books have been translated into more than forty-six languages and have sold more than eight million copies in the UK alone. His 2013 publication Demon Dentist went immediately to number one in the bookseller charts and both Mr Stink and Gangsta Granny have been adapted for television.

Director Jonathan Biggins won the 2010 Helpmann Award for Best Direction of a Musical for his production of Avenue Q. Other credits include Noises Off and The Republic of Myopia for Sydney Theatre Company, Flatfoot for Ensemble Theatre, Orpheus in the Underworld for Opera Australia and Opera South Australia and Pete the Sheep for Monkey Baa, which earned a Helpmann Award nomination for Best Presentation for Children.

A play by Maryam Master, Based on a book by David Walliams, Directed by Jonathan Biggins

TICKETS ON SALE THURSDAY 9AM 10 NOVEMBER