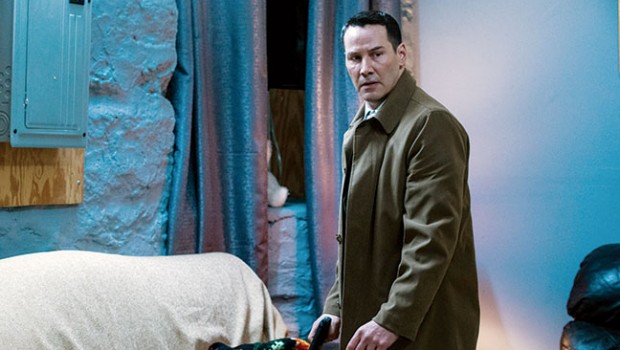 Universal Sony Pictures Home Entertainment is releasing Daughter of God – available to own on Blu-ray™, DVD & Digital from May 5, 2016.

Featured in a photograph found among the limited evidence found by New York City Detective Scotty Galban (Reeves) as he investigates the murder, it’s revealed that Isabel De La Cruz (de Armas) may be a witness.

As Detective Galban digs deeper into the death of his partner, Detective Cullen (DANNY HOCH, Black Hawk Down, Ted), both Cullen’s wife (Sorvino) and Lieutenant Galway (CHRISTOPHER MCDONALD, Thelma and Louise, Awake) try to persuade him to back off, fearing his findings may expose corruption within the police department.

Things are further complicated when religious Isabel experiences strange occurrences after witnessing a miracle. Isabel sees what she believes to be angels while waiting for the subway one evening, and then becomes pregnant. As Detective Galban and Isabel’s lives cross following her vision, it’s revealed Isabel has experienced something not from this world, forcing her to deal with her own demons from the past.

Daughter of God intertwines the story of Isabel and Detective Galban in a supernatural thriller that touches both them and the people around them.