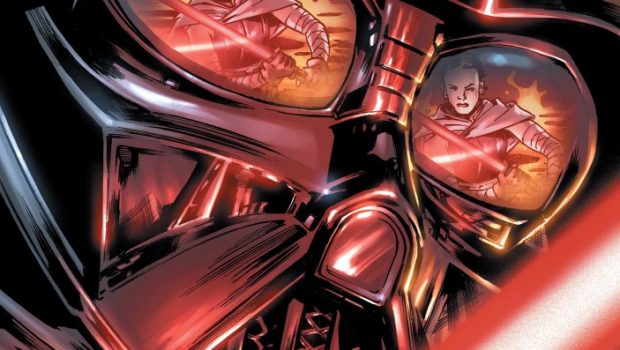 Marvel’s Star Wars comic series are on course for a monumental 2023 and it all begins on November 23 in STAR WARS: REVELATIONS #1! The giant-sized one-shot will reveal what lies ahead in ongoing titles Star Wars, Star Wars: Darth Vader, Star Wars: Doctor Aphra, and Star Wars: Bounty Hunters, as well as the epic upcoming limited series, Star Wars: Hidden Empire. Set during the era after Star Wars: The Empire Strikes Back, Marvel’s line of Star Wars comics have redefined the Star Wars mythos with bold sagas set during this largely unexplored time period. These stories are far from over and STAR WARS: REVELATIONS #1 will lay the groundwork for the major turning points to come for these adventures as they continue to head towards an unpredictable future.

Written by Marc Guggenheim and illustrated by Salvador Larroca, Pere Pérez, Emma Kubert, Justin Mason, and Paul Fry, STAR WARS: REVELATIONS is set amidst the infamous lava pools of Mustafar but will take readers across all corners of the galaxy. Join Darth Vader as he watches the very destiny of the Rebellion, the Empire, Doctor Aphra, and the galaxy’s most notorious bounty hunters in a vision that will leave him and fans breathless.

Luke Skywalker, Leia Organa, Lando Calrissian and the Rebel Alliance are struggling to thwart the Galactic Empire’s stranglehold on countless worlds. Vader ruthlessly hunts for those who stand against the Empire, aided by none other than Sabé–former handmaiden of his lost love, Padmé Amidala. Beilert Valance finds himself on a collision course against his former partner T’onga and her crew of bounty hunters. The Spark Eternal, an archaic technology that grants users Sith-like powers…has taken control of archaeologist Doctor Chelli Aphra. And Lady Qi’ra, leader of the Crimson Dawn crime syndicate, is ready to unleash an ambitious offensive aimed at destroying the Sith and wrenching power from the hands of the Empire. All of these seemingly disparate threads are woven into a singular tapestry that will become strikingly clear in STAR WARS: REVELATIONS. And that’s not all. Vader will also learn of a deadly new threat that’s about to emerge. Meet AJAX SIGMA, a droid unlike any other. Discover his rich Star Wars-history spanning backstory and watch in terror as he reawakens with a goal that will shake the galactic landscape to its core!

“Now, we all know that the Force can be used to glimpse the present, the past, and possible futures,” Guggenheim told StarWars.com. “Well, The Eye [of Webbish Bog] is going to show Vader all of the above, including moments that will be coming into play in 2023 all across the Star Wars line. It’s our clever way of giving readers a preview of what everyone has up their sleeves for next year, but this isn’t a 40-page movie trailer. It’s a real Star Wars story with Vader at the center.” 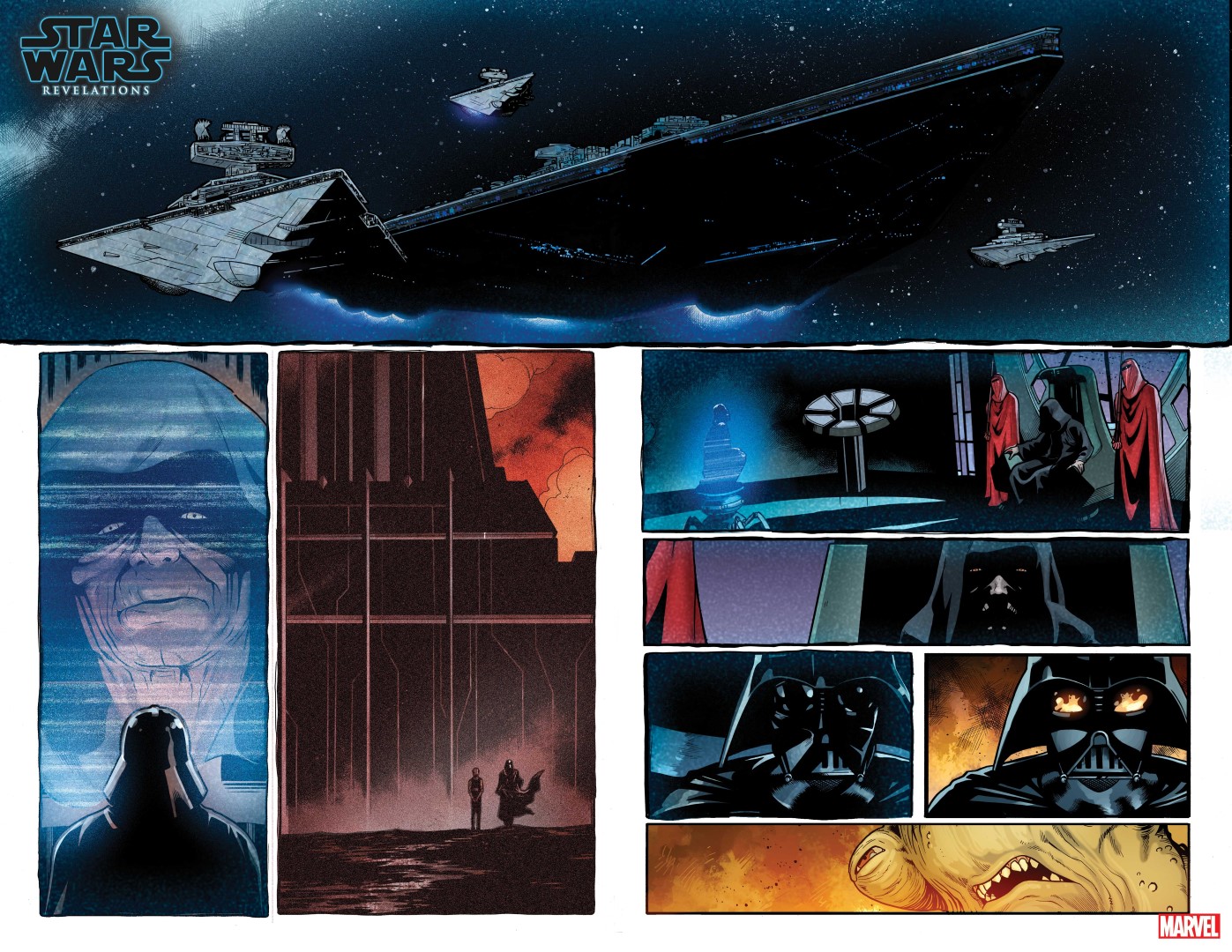 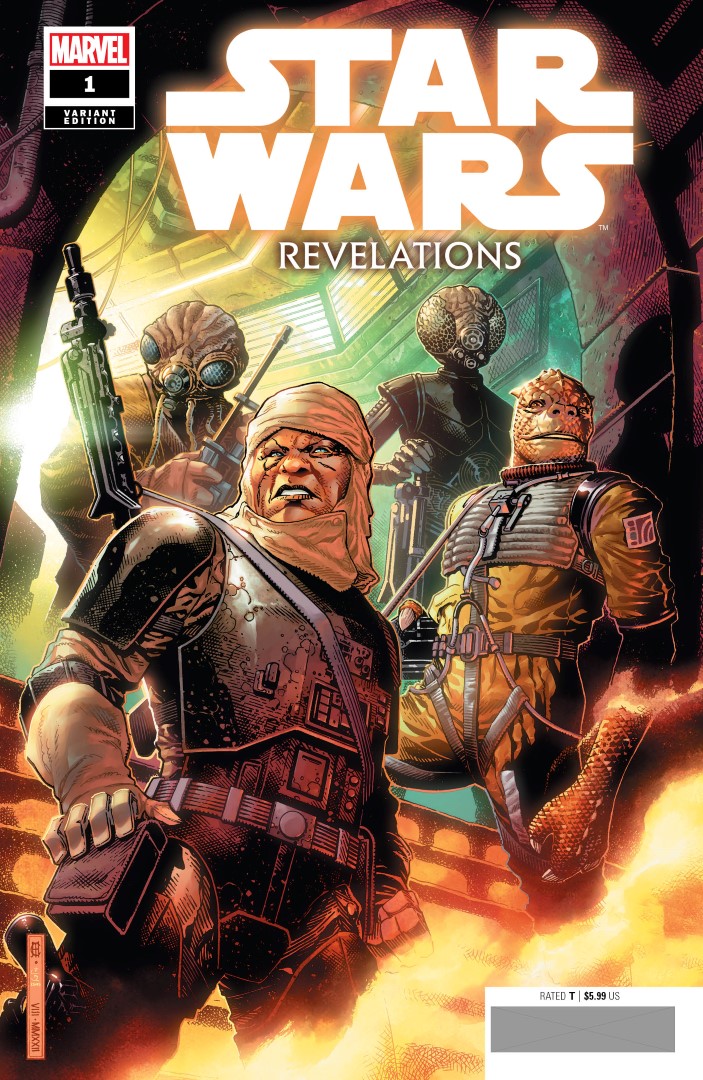 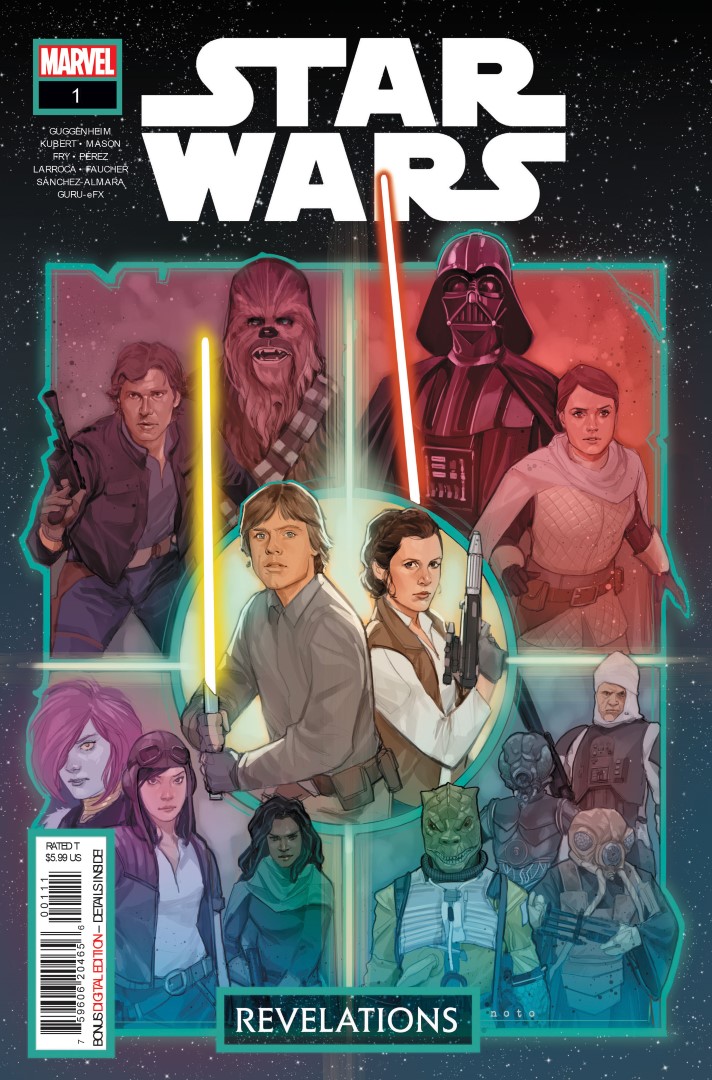 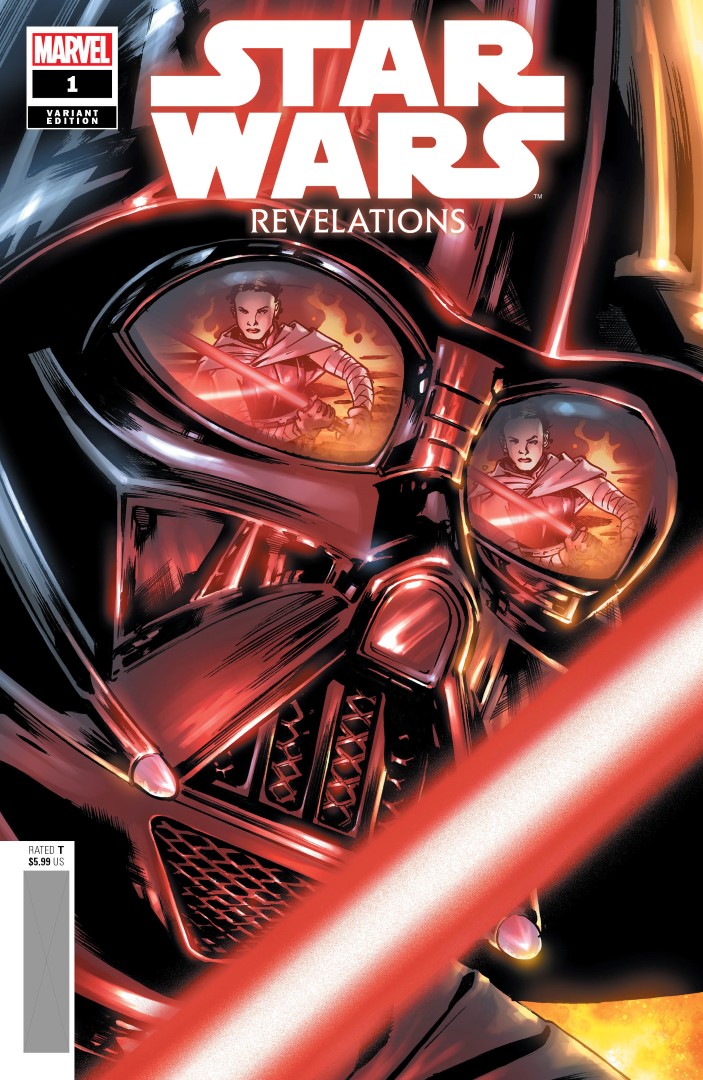 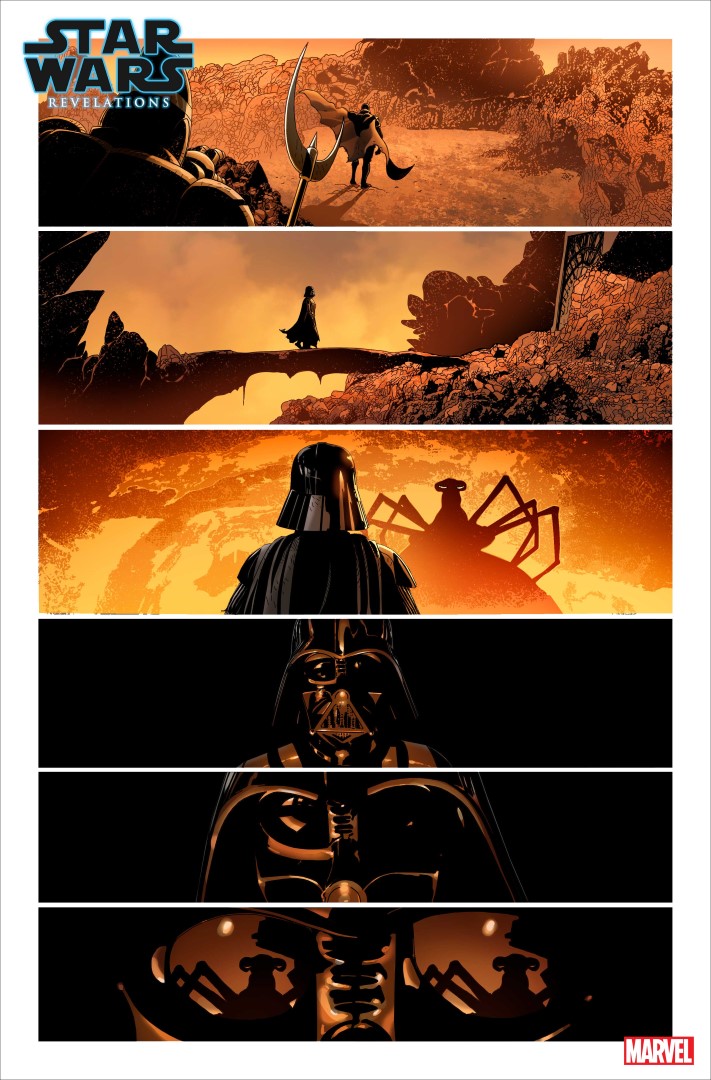 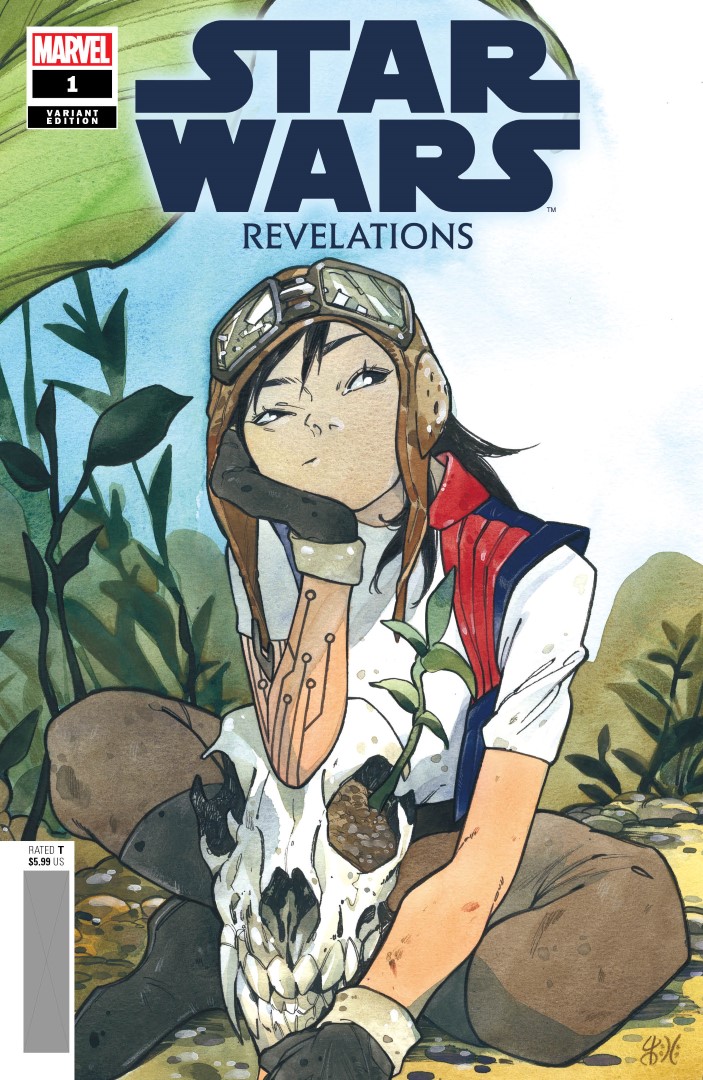 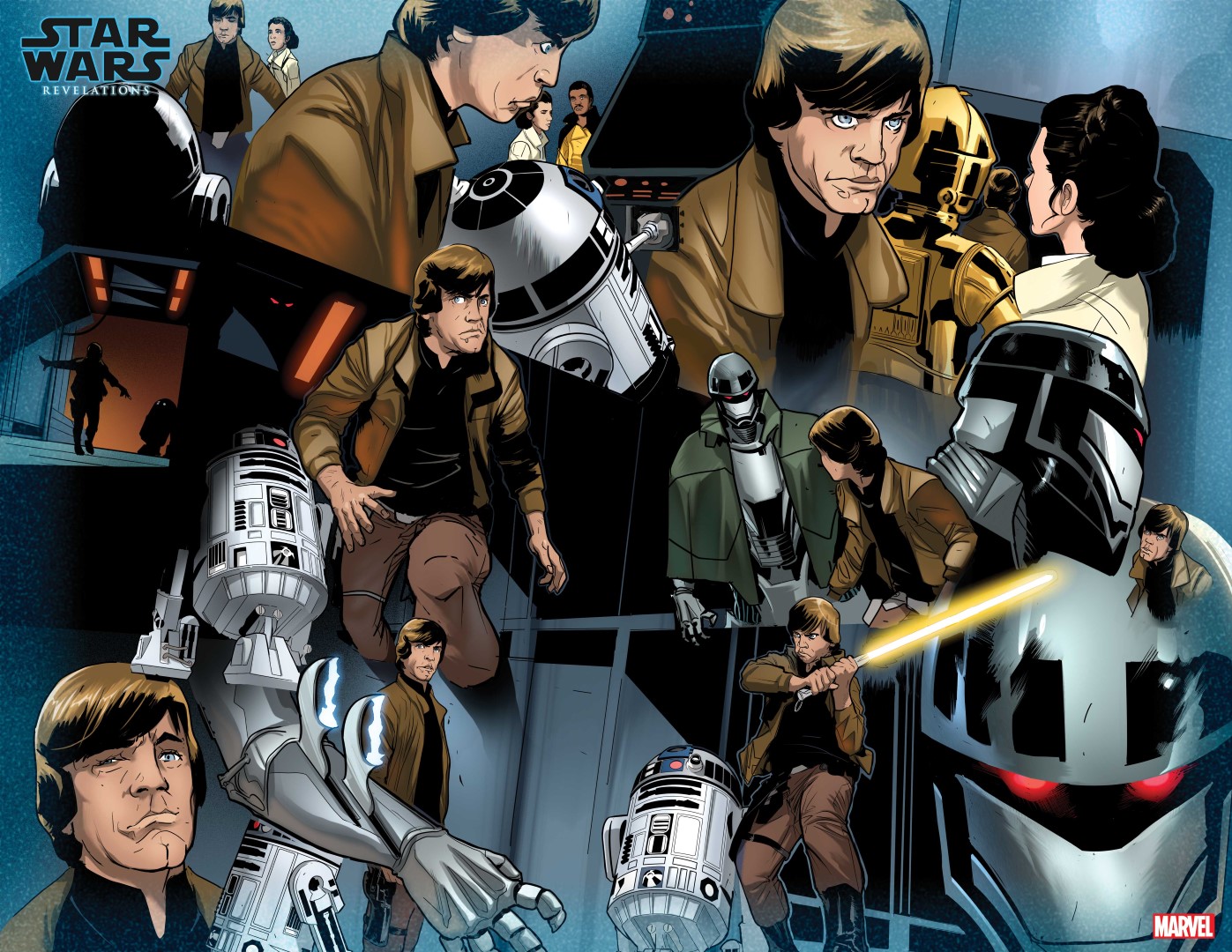 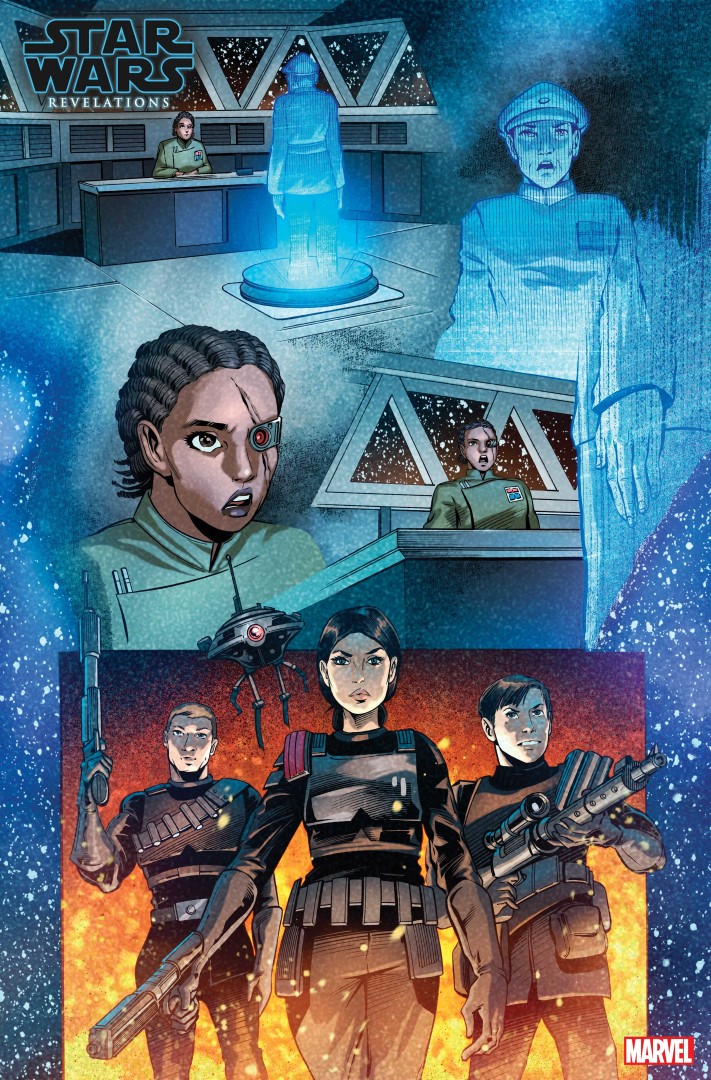 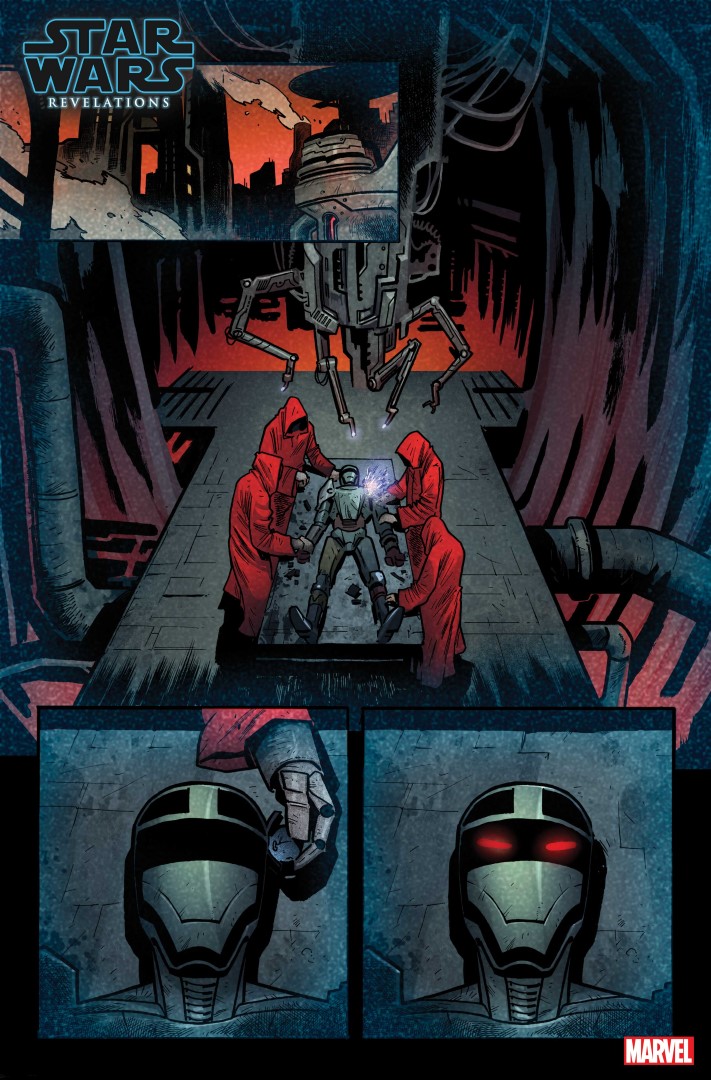