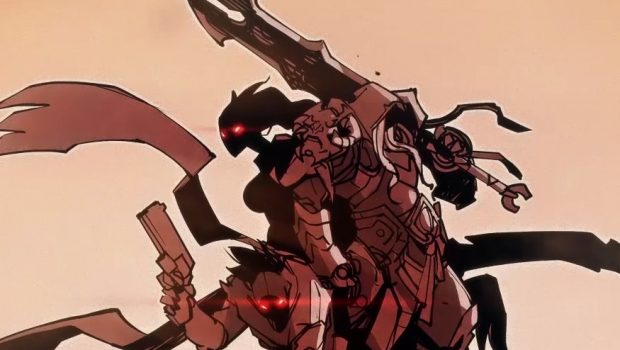 Summary: A prequel to the incredible Darksiders franchise.

So what happens when you take the awesome stories of the Darksiders franchise, throw them into a blender with some knock-off diablo style over-the-top action games and then hand them off to developers Airship Syndicate and THQ Nordic? Well, you get the prequel to the series with Darksider Genesis that comes out February 14, 2020, for Xbox and PS4 and is already out on PC.

When I say knock-off diablo style when it comes to this game, I’m not saying that is a bad thing. Actually, this game was quite fun and better than most of the overhead view games I’ve played recently. This looks and feels so much like the original Darksiders games that it just feels like it fits right in perfectly. This team didn’t miss a beat when it came to giving this game the looks, sounds and voices as they did in the other series. I’ve got to give them props for that because I, for one, thought this was going to be some quick cash grab looking to use the Darksidersname to snag a little cash but, boy, I was wrong. 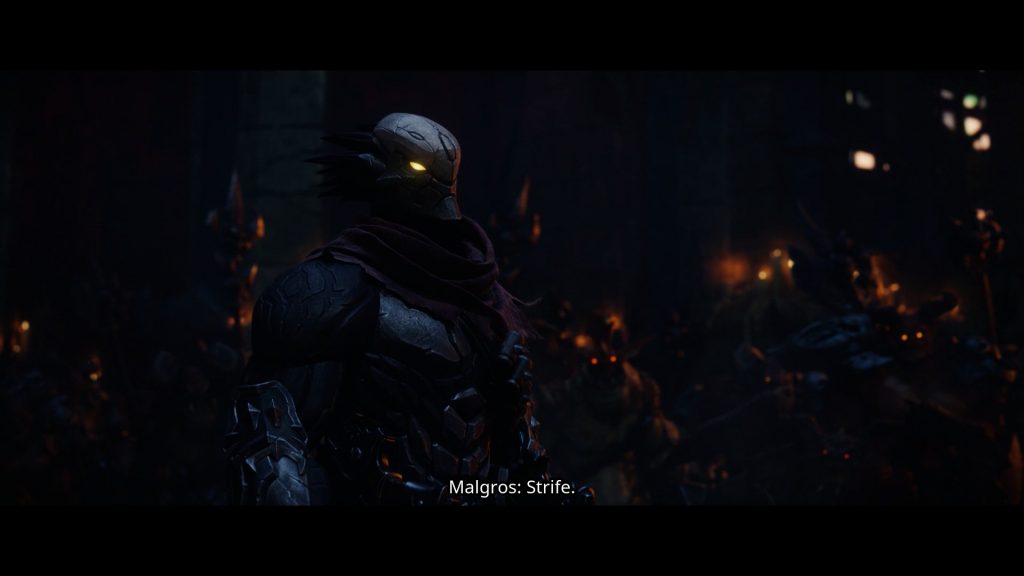 This game is a single and multiplayer game and it’s pretty easy to switch back between the two playable characters and,although I did run into some connection issues when trying to team up with a friend, we eventually got it sorted out and had a great time. 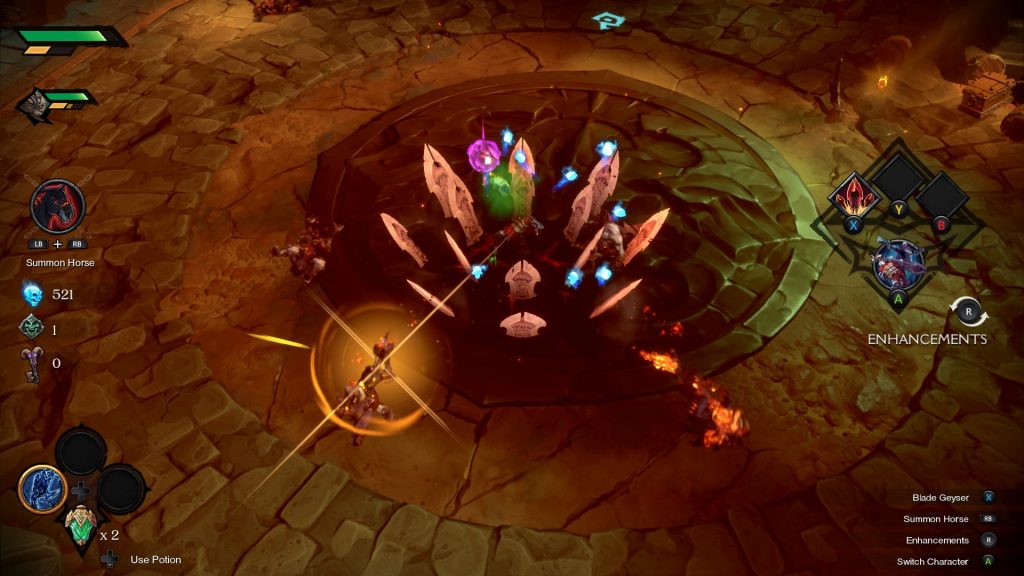 You’ll spend most of your time in this game working as a “go-fer” as you are sent on numerous quests to gather whatever item is needed to get the assistance of whatever NPC just happens to be able to help you but needs some item first. I mean, hey Lucifer is up to some funny business but wait on that and go get this for me first or, you know… I can’t help you. You would think this theme in the game would get old but, boy, I was wrong because the gameplay is just excellent in this game. Nothing feels better than slashing through hordes of enemies with War or decimating them with the duel pistols of Strife. While doing all this murder and mayhem you obtain souls and boatman coins to level up your abilities. There is also a pretty simple tree that allows you to make your character strong with creature cores. It may seem a little overwhelming at first but after you play a little and learn to mix and match your cores, you’ll have War and Strife at the top of the enemy smashing game. 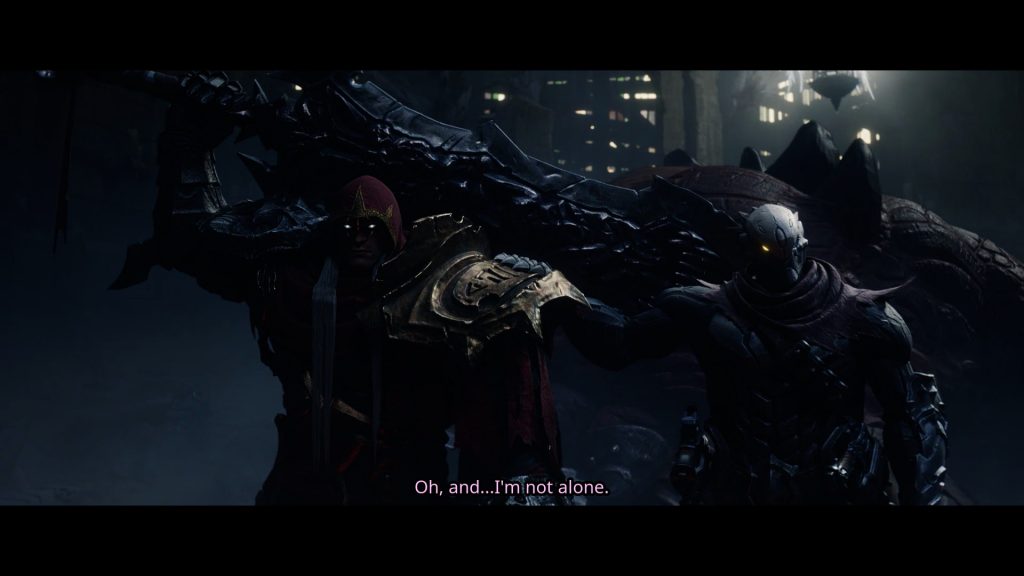 This game can be played and beaten within about 15 to 18 hours and there really isn’t much endgame to it, but it does have a lot of secrets from previous missions you have played that will make you want to go back and backtrack through some levels you have already beaten.

Some complaints I have about this game are only mildly frustrating. From time to time I would notice frame rate drops for no apparent reason, but not to a point of effecting my combat. For the most part, I kept consistent frames throughout my playtime. Another thing that became a problem is the camera can become wonky at times. Things on the screen will block your character and you will not be able to see what you are fighting. None of these things are game breaking but are noticeable. 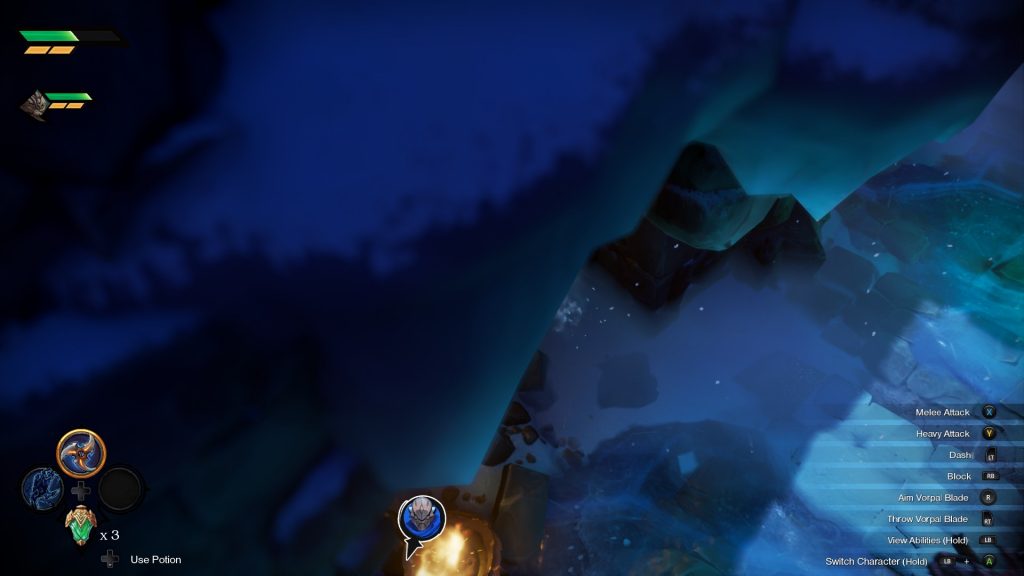 (I’m fighting enemies in this shot you just can not tell because of some of the camera angles.)

Other than a few issues I came across playing this game I had to say it was an absolute great time switching between War and Strife and tearing ass though any region unlucky enough to be in the focus of our wraith. This game was just absolutely beautiful to look at graphically. It looks just like the original games and even the voices of the characters were kept the same with a few new guys added to the mix. The banter between War and Strife was phenomenal and really showed the contrast between the horsemen.

If you are a fan of the series or coming in new, I would say this game is an absolute buy. You will not be disappointed with your purchase. 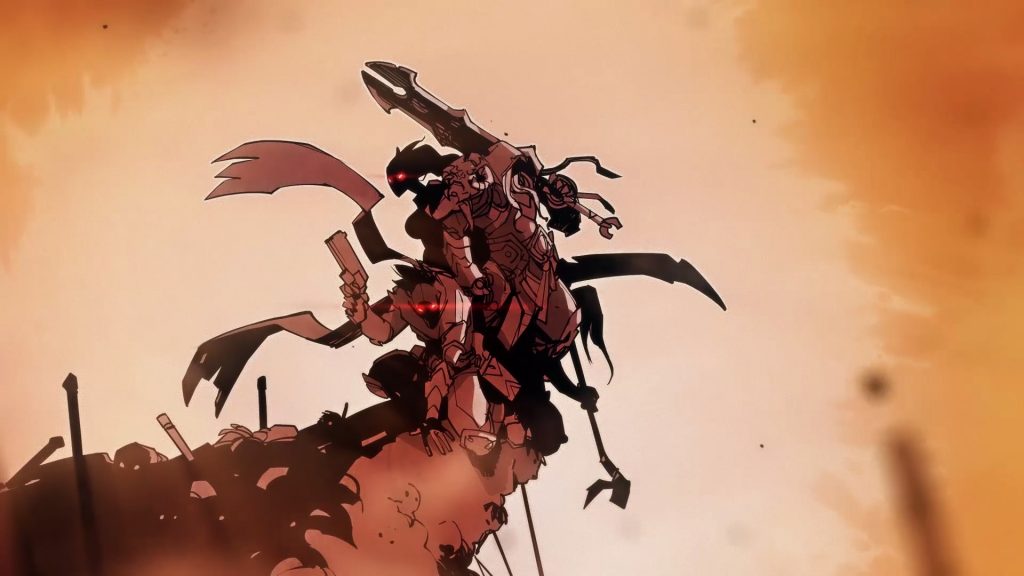