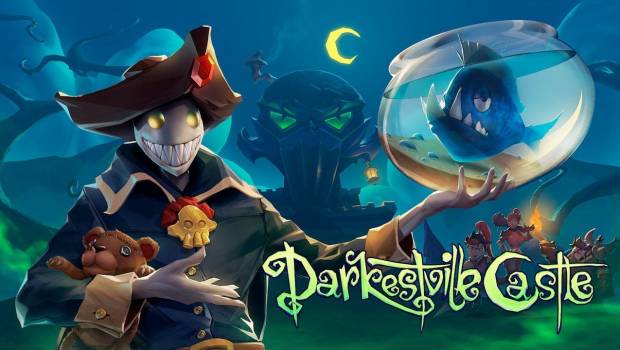 Summary: Darkestville Castle is a delightful point-and-click adventure that hits all the right nostalgia notes.

Playing through Darkestville Castle on the Switch brought up a wave of dormant nostalgia that I didn’t realise was bubbling up inside me for many years. Every step of the way, Darkvestville Castle poked a new nostalgic button in my brain and brought back joyous memories from games that I forgotten I had played and loved when I was younger. All this is to say that Darkestville Castle bares its influences proudly and does a superb job of capturing and recreating that classic ‘point-and-click’ adventure game experience. 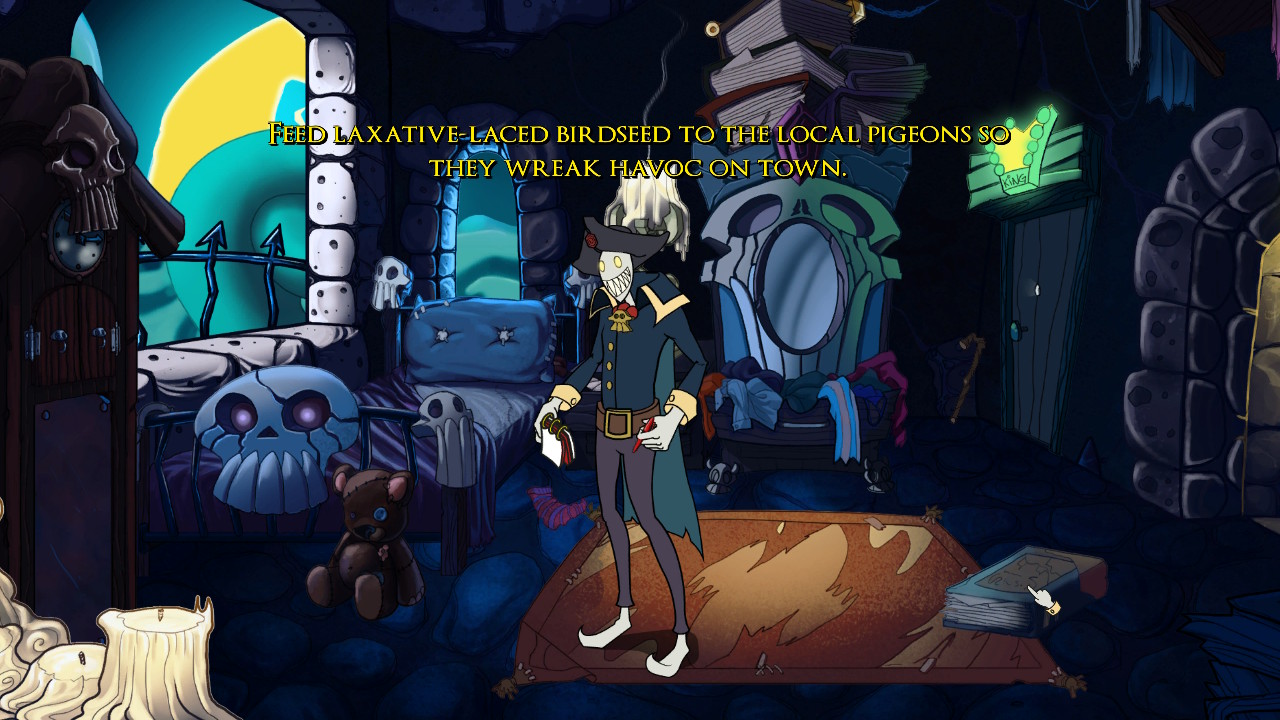 As you can probably surmise from that opening statement, Darkestville Castle is a classic ‘point-and-click’ adventure game in its most purest form. You play as Cid, a tall, humanoid, ‘evil’ demon on a quest to rescue your beloved pet fish after it was mistakenly kidnapped by a group of demon hunters that were actually looking for you. The story is silly, whimsical and as easy to parse as a Saturday morning cartoon, with just as much charm and character too. It’s an enjoyable, light-hearted romp that is impossible to take offence to, just don’t expect any semblance of thoughtful character development or social commentary. 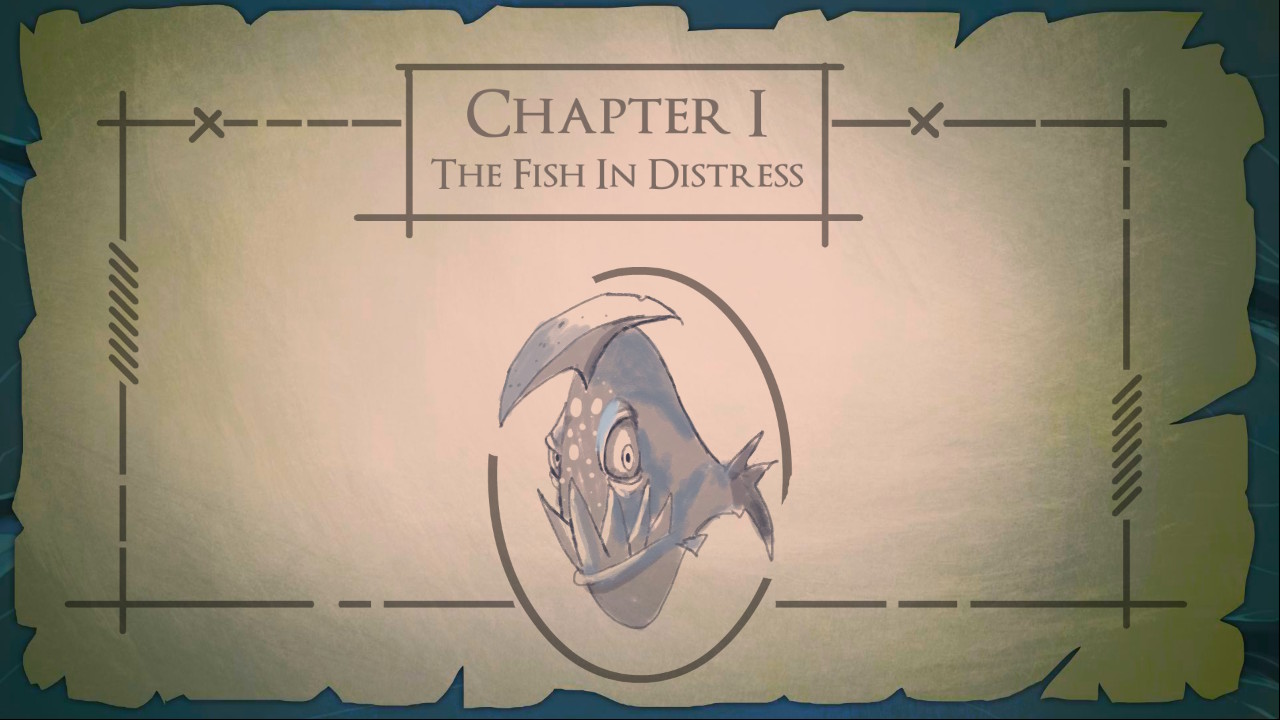 The gameplay in Darkestville Castle is almost identical to modern point-and-click adventure games such as Broken Age, making it a far more refined and user-friendly experience than the classic games of yore. On the Switch, the cursor can be moved across the screen with the left control stick, or can be snapped to points of interest with the right stick. The inventory is accessible with the press of a button and combining items can be completed with a simple button press. You can also double click on a doorway or scene transition marker to instantly load up the next room instead of waiting for your character to walk across the screen. 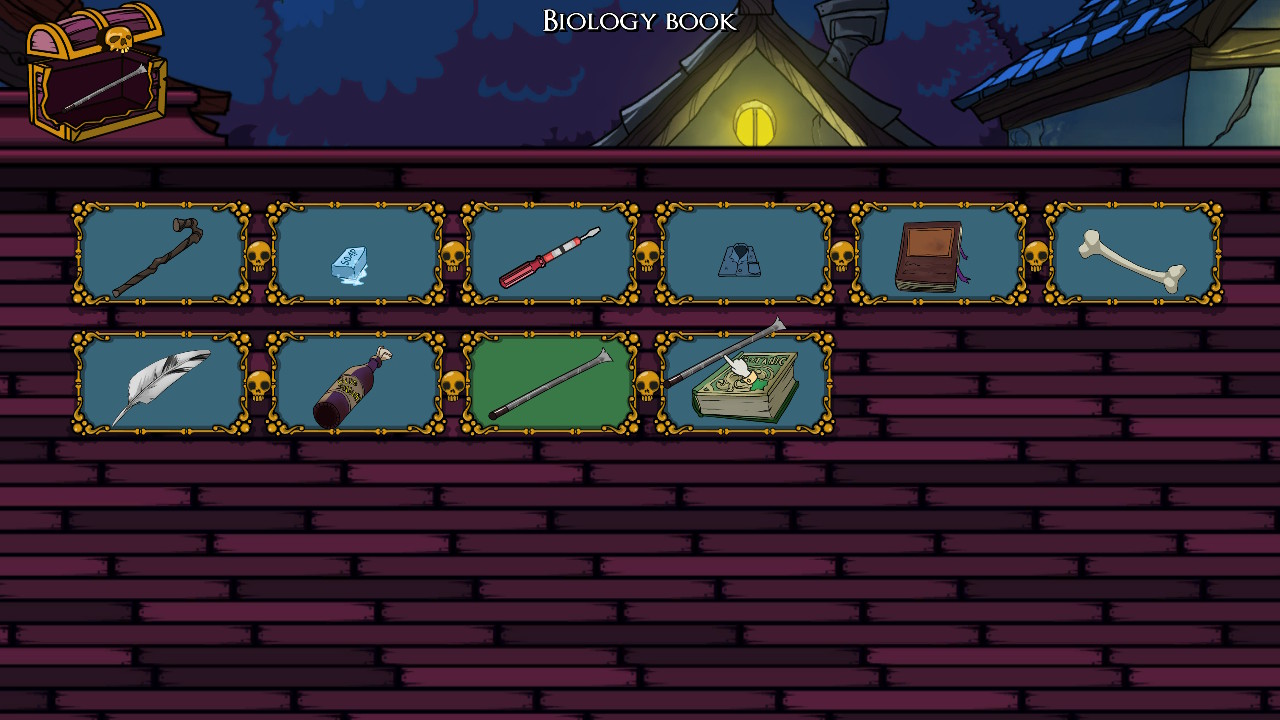 Difficulty is a contentious subject for point-and-click adventure games as everyone’s experiences and preferences will differ, however in my eyes Darkestville Castle manages it’s difficulty quite well to ensure that the game offers a nice degree of challenge, while also ensuring you never really get stuck on any one puzzle for too long. I didn’t encounter anything as obtuse as Monkey Island’s infamous ‘Rubber chicken + Pulley’ puzzle, nor did I feel like the puzzles were superfluous. The game was originally released in 2017 on the PC, so there are plenty of solutions and walkthroughs available online if you ever find yourself stuck on where to go next. 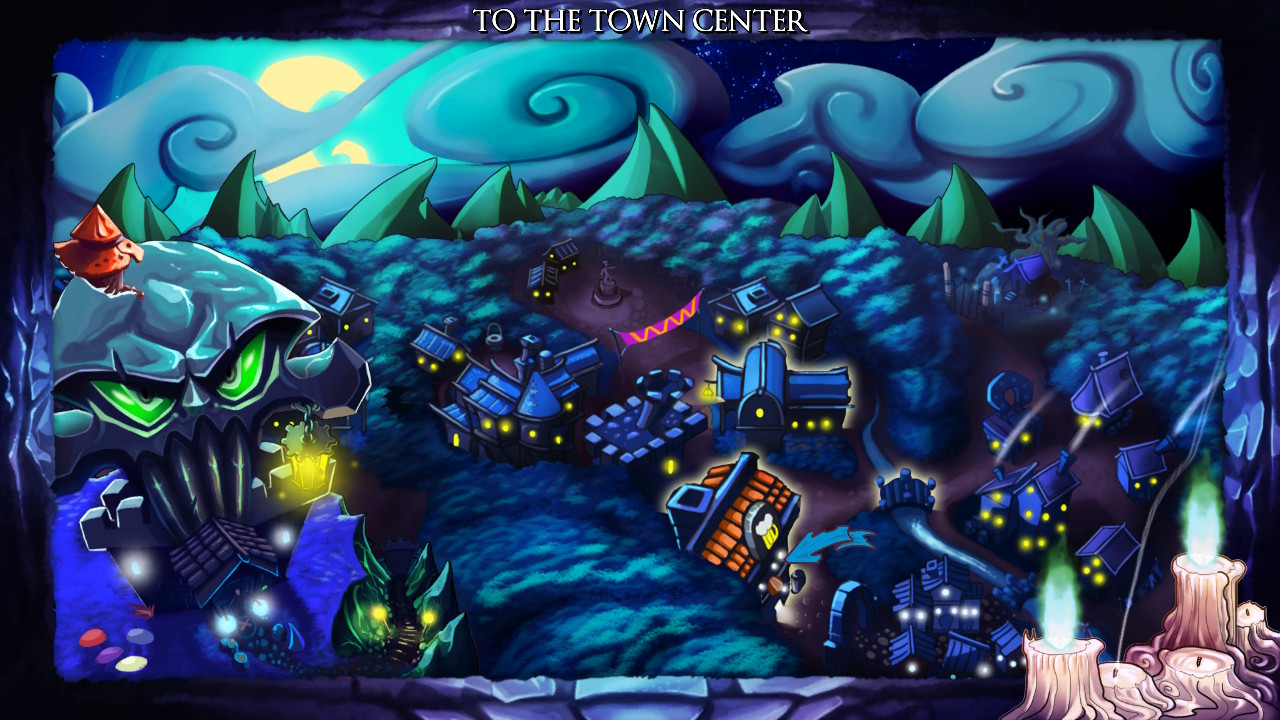 On that note, with Darkestville Castle being released three years earlier on the PC, it’s baffling to see so many typos and spelling errors throughout the game. There’s even a typo on the main map that you spend hours staring at to navigate through the world. I’m certainly not put off by spelling errors, but they speak to the undeniable sense that Darkestville Castle was made on a limited budget. The voice acting is all over the place, some animations look quite rough and there’s plenty of repeated dialogue used throughout the game. None of these issues were a deal breaker by any means, but they occasionally stand out and sour the magic just a little. 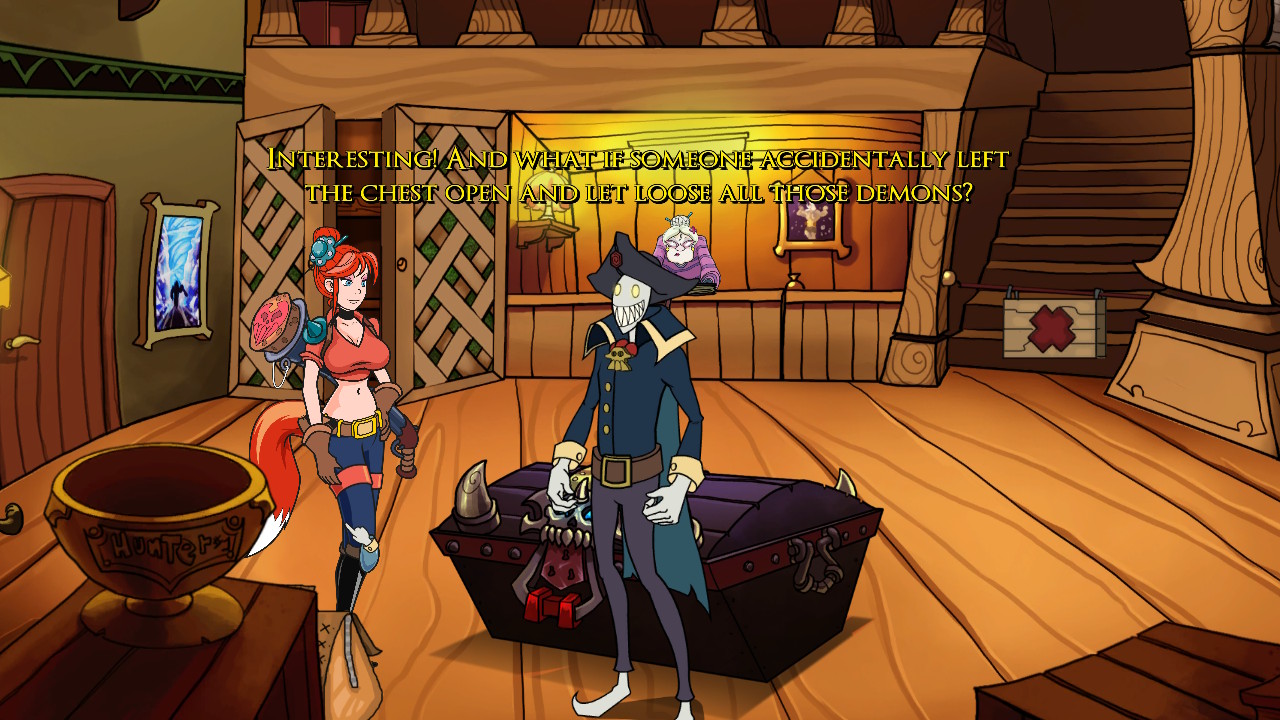 By contrast to this last point, the artwork and world design in Darkestville Castle is produced with tremendous quality. The game uses a gorgeous cartoon-inspired visual design with bright colours and impressive attention to detail. The backgrounds and scenes look fantastic and have an excellent sense of cohesion, which makes the world feel authentic and fun to explore. 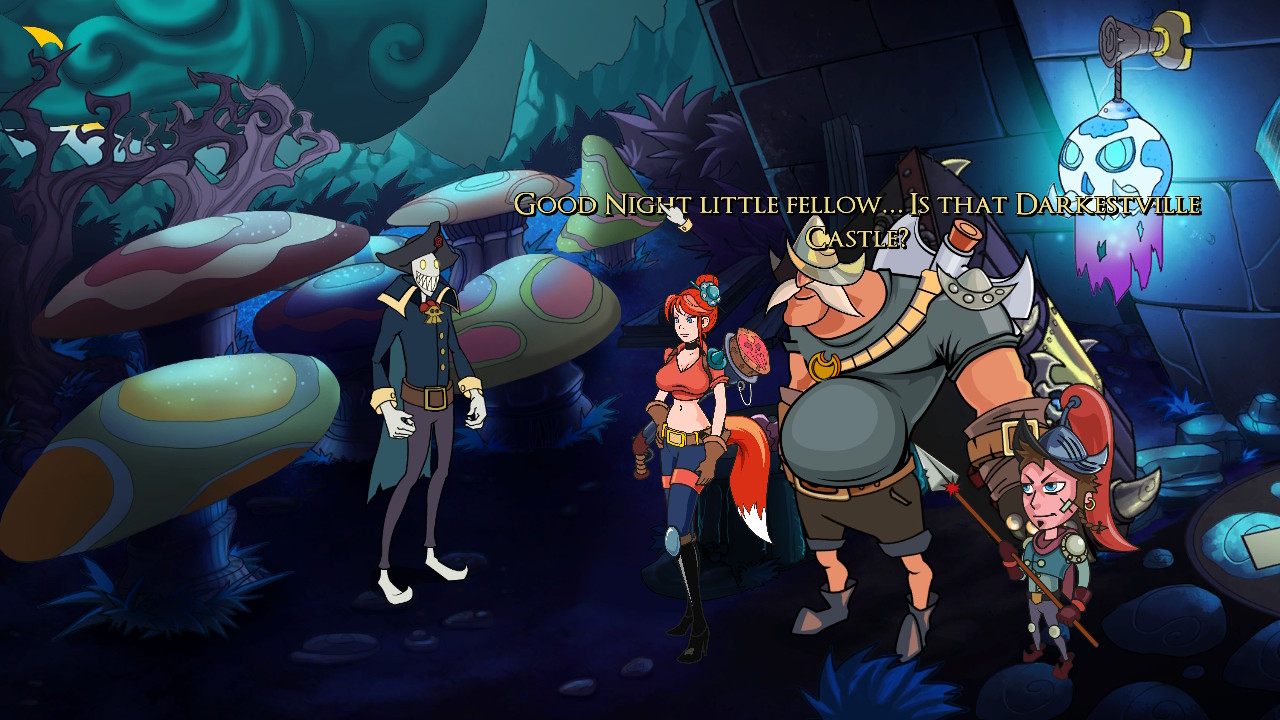 Darkestville Castle’s soundtrack also adds an exceptional sense of whimsy and charm to the world and is a vital part of the game’s nostalgic essence. There’s no powerful orchestral renditions or catchy chiptunes in the OST, but rather the nostalgic-sounding electronic instrumental arrangements that are difficult to describe in words, but instantly gratifying when you hear them. The background music in the tavern gave me a profound sense of nostalgia for classic point-and-click adventure game OST’s, which I spent the new few hours listening to on Youtube. 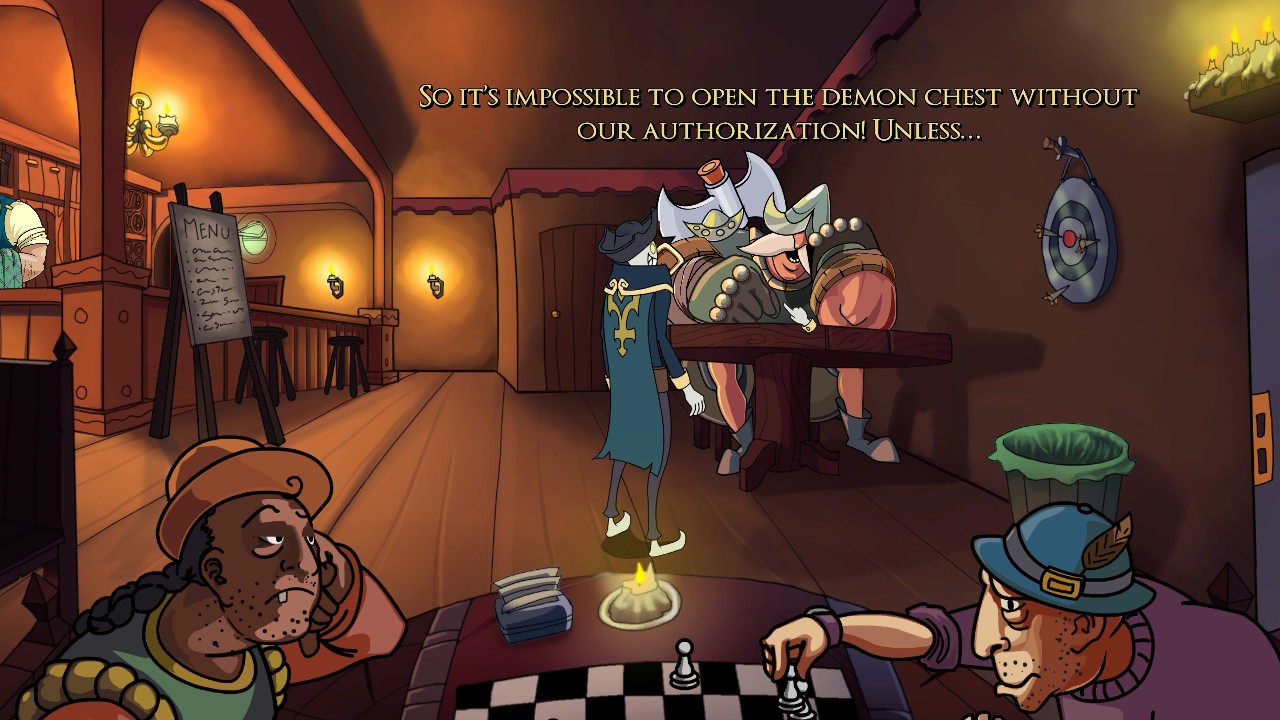 If you’re a fan of classic ‘point-and-click’ adventure games like Monkey Island, or even if you have fond memories of those classic Humongous Entertainment titles such as Pajama Sam or Freddie Fish, then Darkestville Castle is worth checking out. Despite the obvious budgetary limitations of the project and associated issues, Darkestville Castle is a delightful point-and-click adventure game that revels in its nostalgic influences without shamelessly reproducing them. It’s also a fun, compelling adventure in its own right and well worth your time. 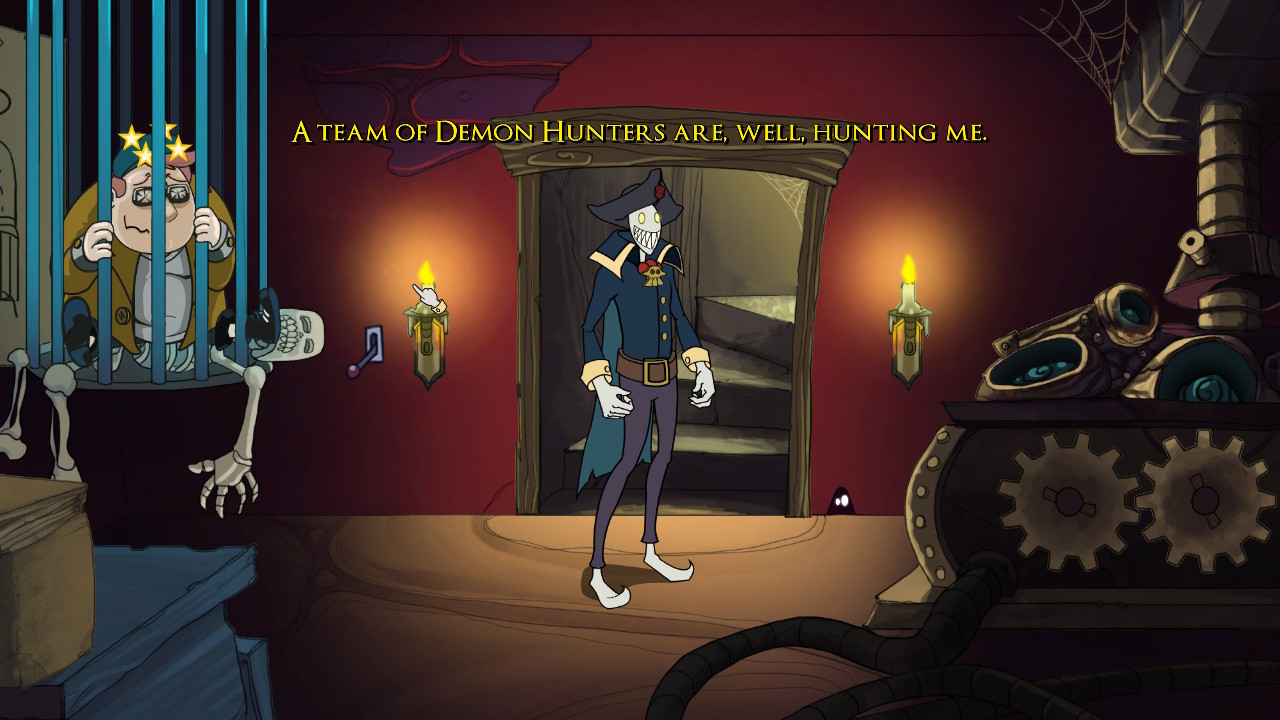 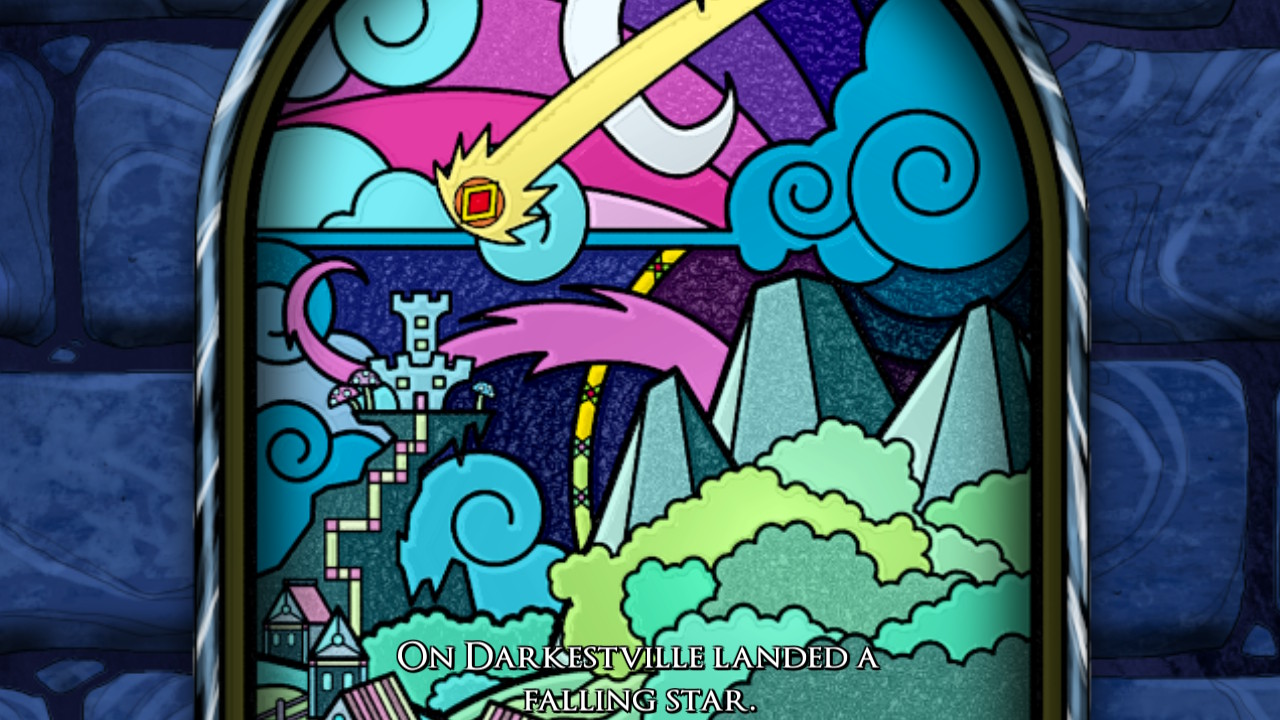