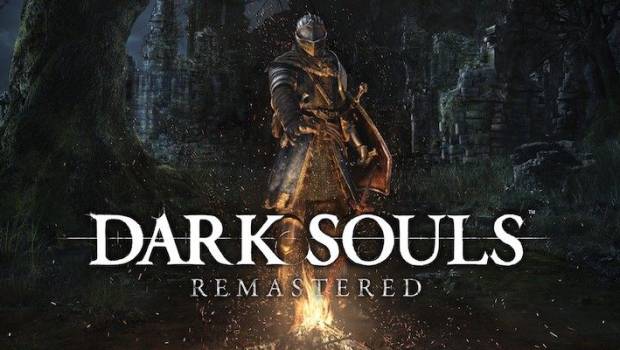 Summary: Dark Souls Remastered is still essentially Dark Souls, just slightly better looking and with better online functionality, which is both a good and bad thing.

Originally released back in 2011, Dark Souls quickly enraptured an entire generation of gamers, spawning a hit trilogy and practically its own genre – Rather than simply being Action-RPGs, similar titles were henceforth referred to as being “Soulslike” and the Soulsborne genre, which includes spiritual predecessor Demons Souls as well as Bloodborne, has become the series of choice for many a gamer seeking something a little more challenging than the average game.

With all of the marketing for the series being focused on the “extreme” difficulty and hardcore ‘Prepare-to-Die’ mentality, the Souls games aren’t actually all that hard. 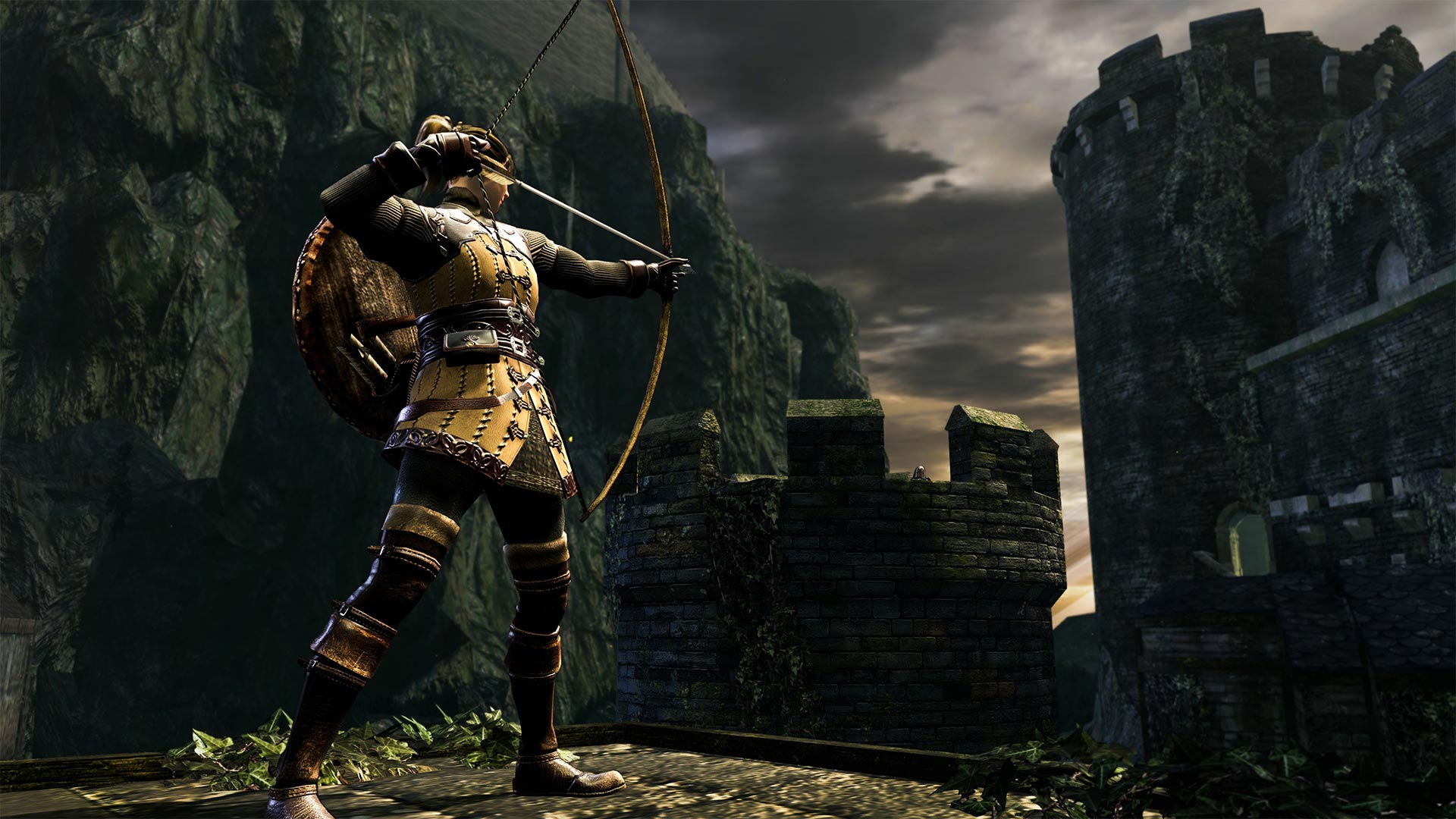 Sure, there’s an incredibly steep learning curve to overcome and esoteric level design, questlines and gameplay mechanics to come to grips with, but the Souls titles have always been fair and rewarding to those willing to invest the time and patience necessary, and this is a key element as to why the franchise has captured the hearts and minds of so many.

So, with such an ardent following behind it and the other two titles already available upon current gen systems, porting the original Dark Souls across to PS4 and Xbox One was pretty much a license to print money and, with the series pronounced done and dusted, QLOC and Bandai-Namco have capitalised on the lull between ‘Soulslike” games and given fans the original (and arguably the best) of the Souls games, replete with new multiplayer mechanics, lighting and, most importantly, 60 fps. 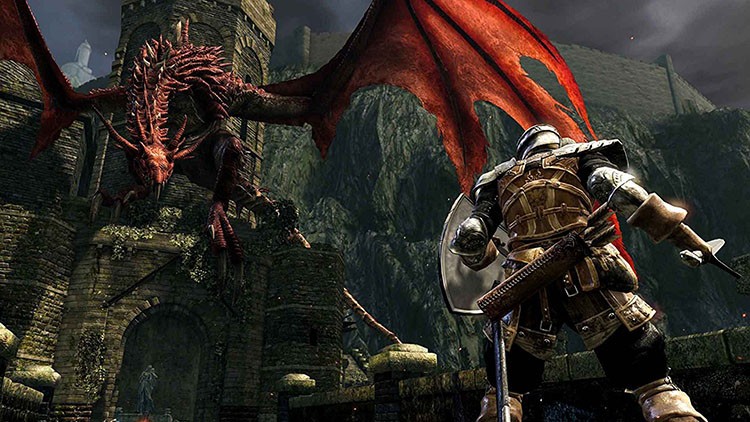 Countless column inches by people far more qualified than myself have espoused on the quality of the first entry in the Souls series and there’s not really much that I can say that you wouldn’t have heard over the last seven years as the games became firmly cemented as gaming institutions; suffice to say, all of the effusive praise is well deserved and the sublime combat, abstruse storyline and interconnected level design are all present and accounted for here, practically unchanged save the addition of a new bonfire, the option to switch between covenants at bonfires, the ability to assign different buttons for movements and a few other minor tweaks.

The main focus of this review isn’t to be a retrospective of this classic game but, rather, upon the quality of the remastering work by QLOC. Most fans were worried that the new lighting engine would alter the gloomy atmosphere of the visuals and the final result is disappointingly a bit of a mixed bag. 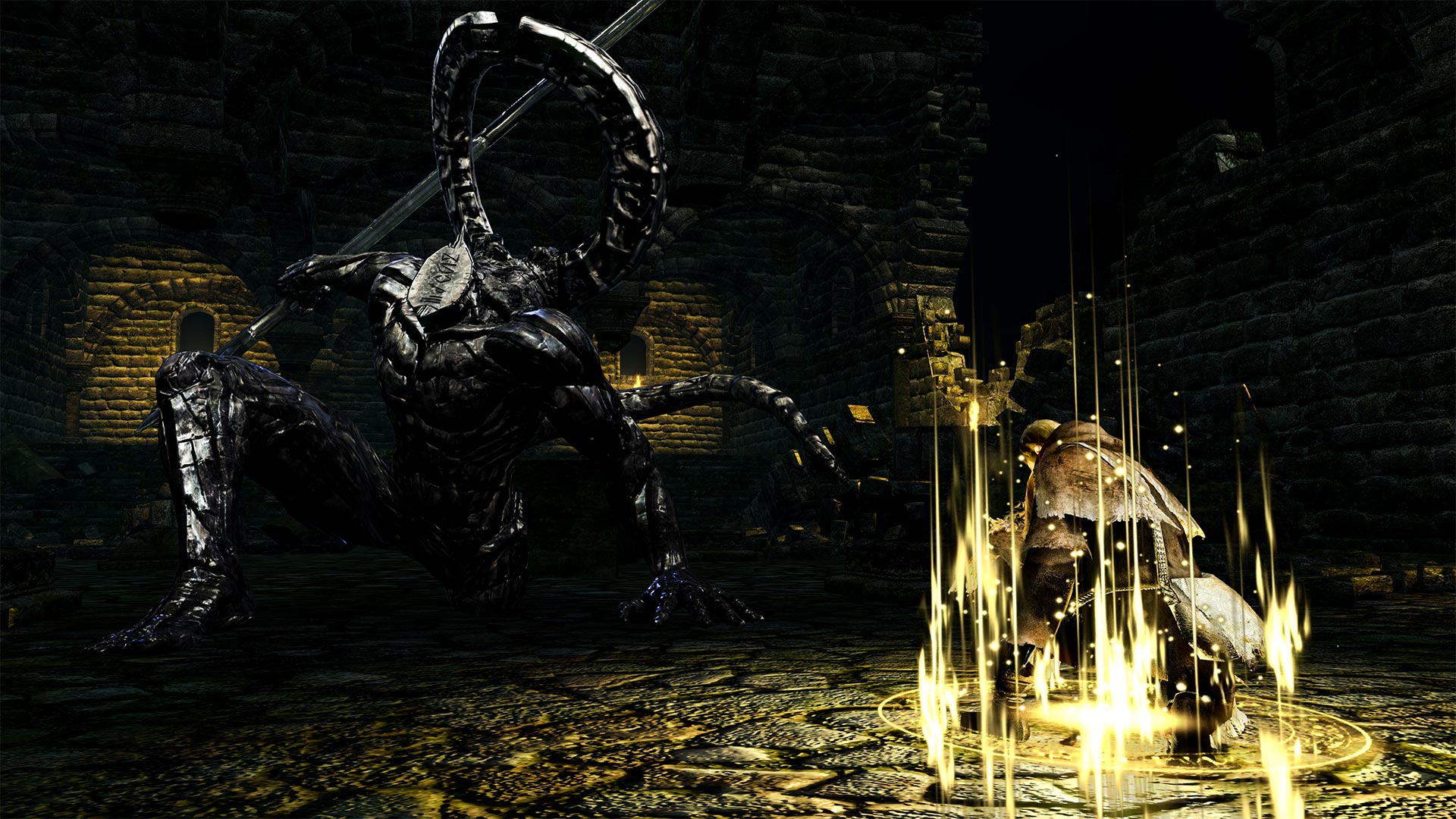 Certain areas benefit noticeably while others look muddy or dull, such as parts of Darkroot Basin, but the biggest issue I noticed was that the shadows of enemies would be baked into the geometry or visible through floor; despite none of the creatures being near the area, just before you confront the Gaping Dragon there are Basilisk shadows lining the wall and other areas feature similar graphical glitches.

Besides the lighting, there really hasn’t been that much that I can see that has been updated in the visual department, apart from a few textures and character models. I know that it was a fool’s errand hoping for complete rebuilding of the game a’la Shadow of the Colossus or N-Sane Trilogy but, and it pains me to say it, a lot of aspects of this remaster just scream “Quick Cash Grab”. 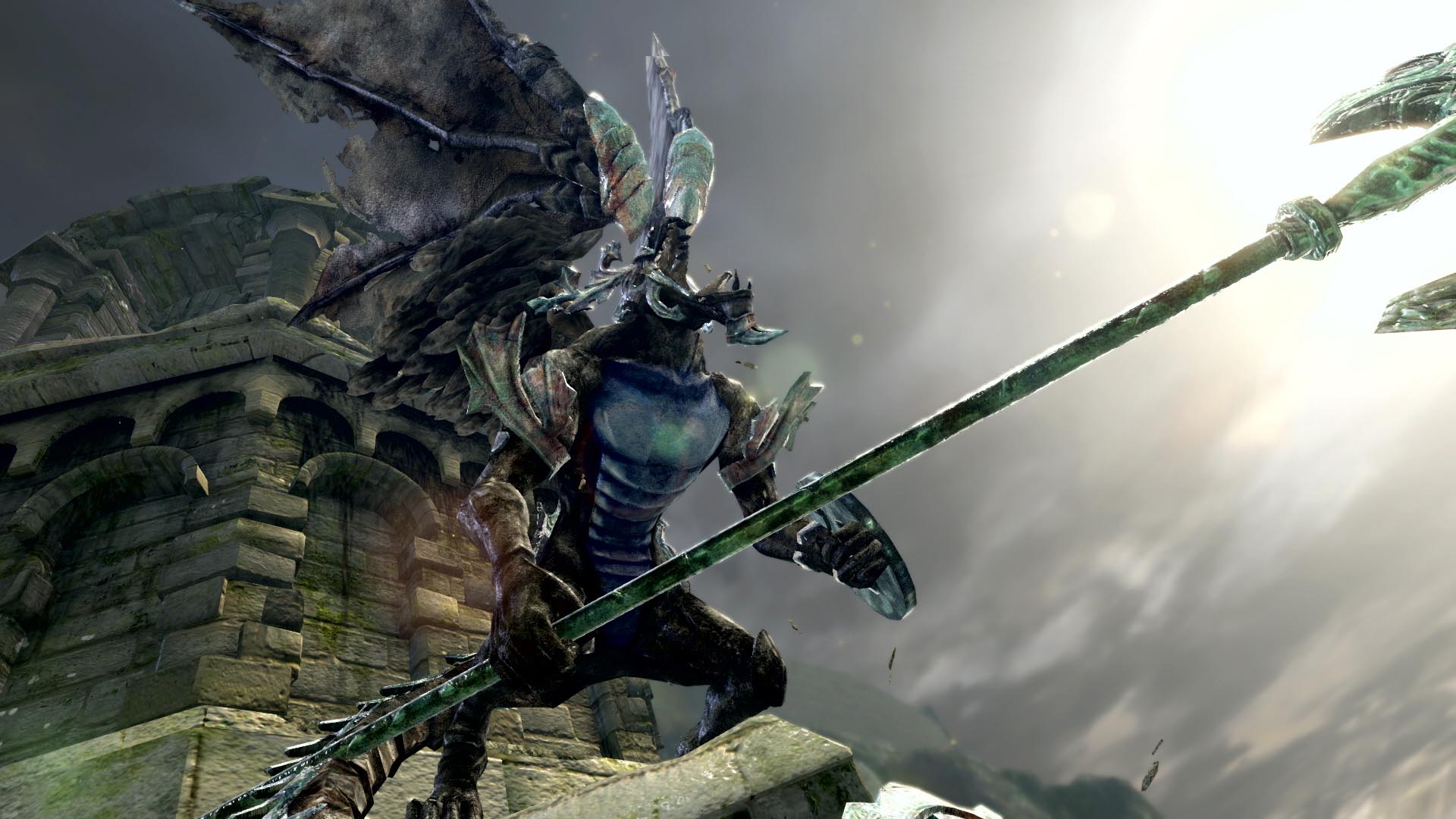 Perhaps the worst offence is practically every single bug that was present in the 2011 release still being present here – Remember when, after slaying the Undead Dragon in the Painted World of Ariamis, its corpse would sometimes block the shortcut and require a leaping attack to make the creature model comically leap to its feet, allowing you to run beneath it? Yeah, well that’s still a thing here.

That’s only one example, but things that could – and should – have been fixed here have been inexplicably passed over, including much needed refinements to the PvP gameplay, such as removing chain-backstabbing and phantom strikes. It seems that QLOC were content to just Churn out this ‘Remaster” with as minimal effort as possible and unfortunately it shows; luckily the strength of the game itself helps mitigate the lacklustre remastering result but, when the myriad flaws of the game have been picked apart and dissected for over half a decade now, you’d think that Bandai-Namco would chuck us a bone or two. 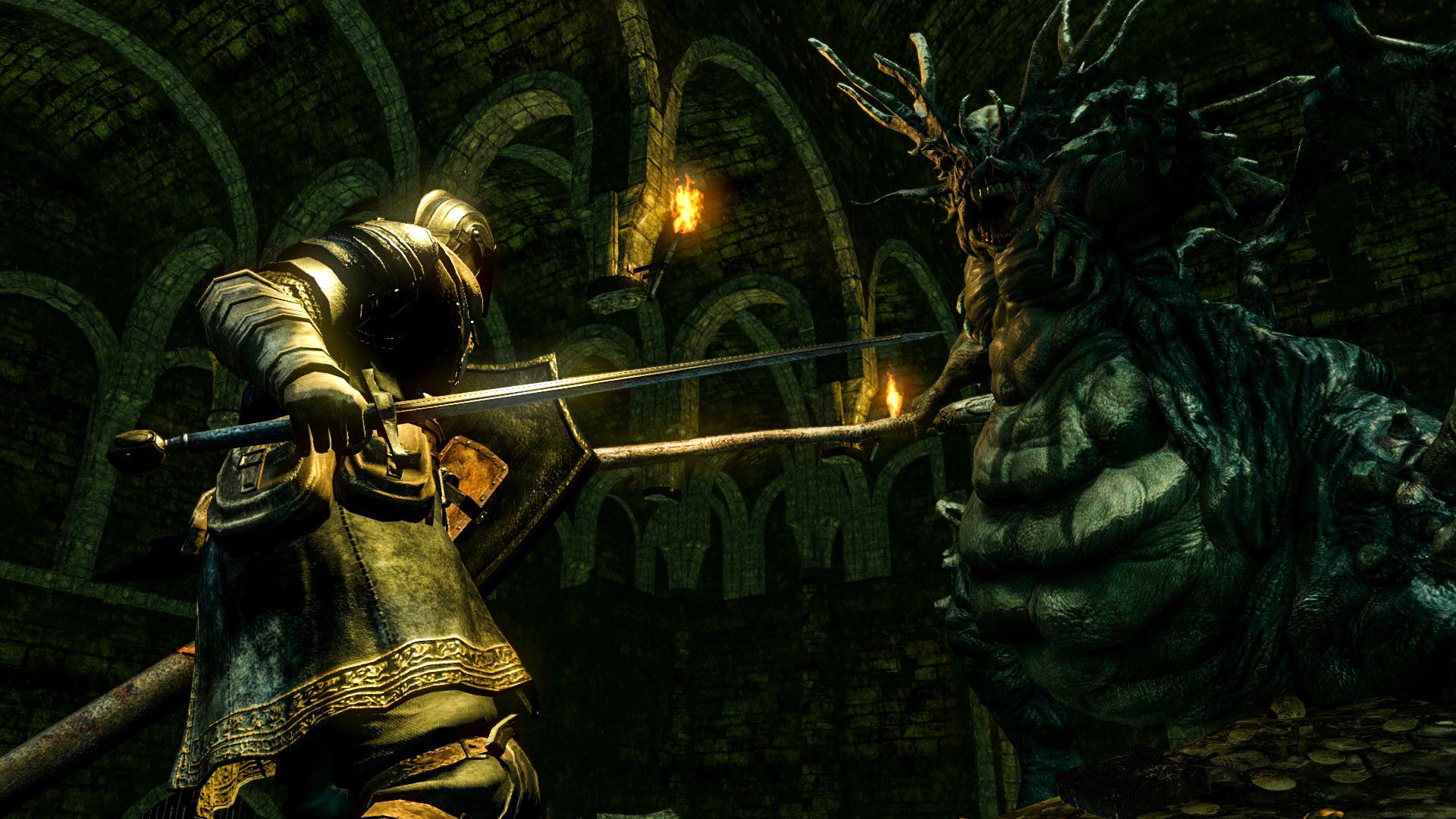 Instead, one of the main selling points behind Dark Souls Remastered is the prospect of repopulated servers, with fans both old and new engaging in some jolly cooperation or some PvP action in the halls of Anor Londo.

With a maximum of six players now able to gank each other to their heart’s content, dedicated servers and the very welcome addition of the password system, this is quite easily the best Dark Souls has ever been online on consoles.

Having never actually played through the Abyss of Artorias DLC, having it included here was a definite bonus and provided a fresh challenge, although it would have been nice to have some trophies associated with completing it for once. 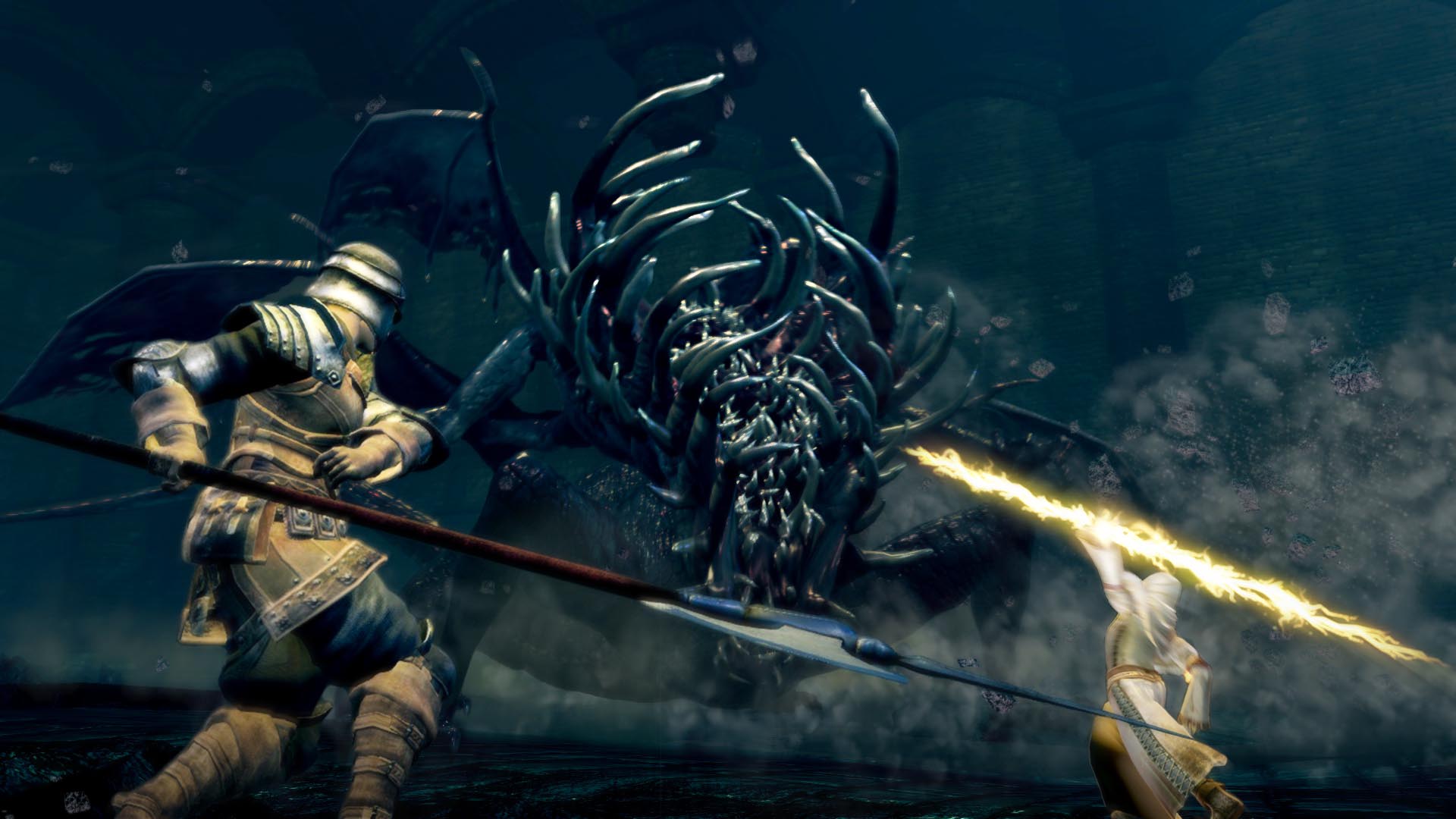 This is a bit of double-edged sword, as the bugs and various exploits and other issues that were present in the original release are all still evident here and, aside from the unwieldy new lighting engine and touches to online, one can’t help but feel that QLOC took the path of least resistance here and banged out this remaster without any real consideration as to how they can improve upon the core experience… Like, would it have drastically impacted upon the game that much if they’d just added omnidirectional rolling?

It’s a good thing for them then that that core experience is retained in all of its glory and being able to own this delightful slice of gaming goodness on my PS4 along with Scholar of the First Sin and Dark Souls III is reason enough for me to recommend picking up Dark Souls Remastered… For consoles, at least. 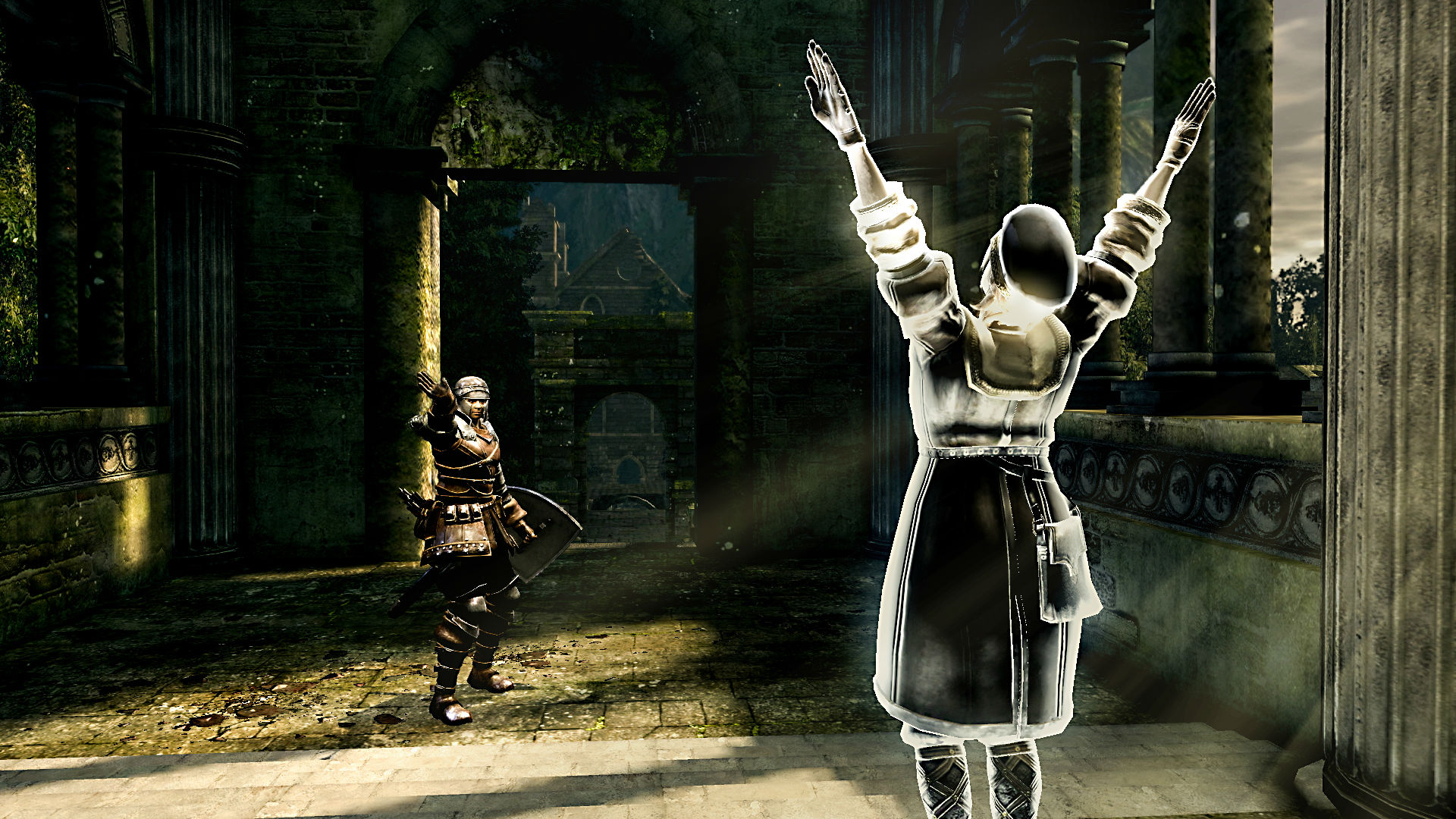 There’s been a bit of backlash online regarding the delisting of the original Dark Souls on Steam, as well as this port arguably being inferior to the infamous fan mod DSFIX, but as I’m primarily a console gamer, and this review pertains to the console release, we’ll leave that discussion on the table for another day.

I had some issues with connectivity initially, which was apparently due to my NAT settings rather than the game itself, but having played through the barren PS3 servers a couple of years ago, coming across a fog door with so many summon signs laid down that the ground itself just appears to be a sea of yellow and white… Well, it truly is a wonderous sight to behold; if only I could be so grossly incandescent.

Prepare to Die, Git Gud and all those other hyperbolic taglines… Just pick it up and let yourself get lost in the world of Lordran. 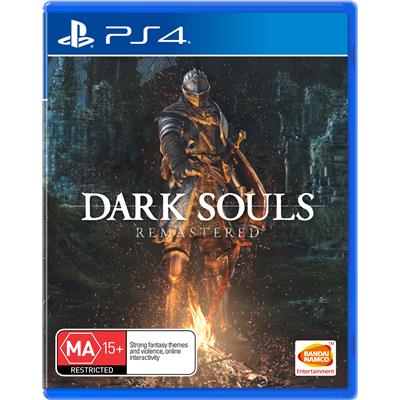