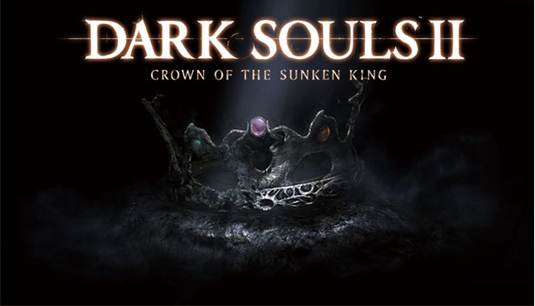 As if the regular obstacles, enemies, and bosses presented in Dark Souls™ II were not enough to cause gamers to cry for their mommies; FromSoftware today unleashes Crown of the Sunken King the first chapter in it’s The Lost Crowns DLC trilogy for DARK SOULS II. Each chapter is specifically designed to enhance, challenge, and bring players to their knees as they experience the peril that is awaiting them in the DARK SOULS II The Lost Crowns trilogy.

Stalwart fans of DARK SOULS II will want to immediately head over to the PlayStation Network, Xbox Live Marketplace, or STEAM to purchase and download this newest chapter in the unyielding Dark Souls franchise. Players that are brave enough to take on this arduous journey will find new environments, enemies, traps, and bosses to conquer as they embark on a journey to reclaim the crowns that Drangleic’s King Vendrick once owned. Crown of the Sunken King features an entirely different world within the DARK SOULS II universe, where stepped pyramids span a vast underground cavern and death lays in wait around every corner.

Please respond to this email if you do not have a review code for DARK SOULS II’s Crown of the Sunken King DLC and would like one.