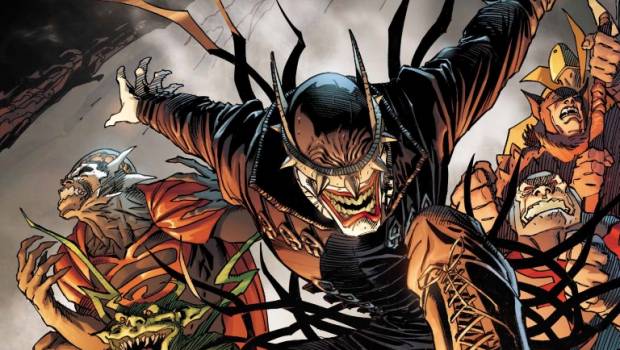 Summary: Dark Nights Metal #5 shows what a hero is made out of...

Multiverse builders Scott Snyder and Greg Capullo return the reader to a DCU that has literally been turned upside down as the denizens from the Dark Multiverse swarm into this reality.

In the Forge of Worlds, Batman and Superman are trying to talk reason to Hawkman (aka Carter Hall) who has been turned into a demon thanks to the destroyer of worlds Barbatos. However with hope lost, Clark suggests a strategical retreat but Bruce vows to find the metal in the Forge that Daniel from the Dreaming said could defeat Barbatos.

No! Barbatos made me lost hope once before! Never again!
– Batman

Elsewhere, Mr Terrific informs Green Lantern (Hal Jordan) the importance of Plastic Man and that if the enemy get their hands on him, they will use him as a conduit for cosmic energies and although they have been imprisoned, they’re rescued by an old friend… none other than the Martian Manhunter. Also Wonder Woman has her hands full with Black Adam who defeated Doctor Fate in the last issue with this villain now siding with Barbatos whom he believes is the winning side.

However the highlight of this issue is seeing Batman try to find the real ‘Carter Hall’ inside the beast created by Barbatos and even though he has been broke, Bruce Wayne is still determined to end the rule of this powerful entity from the Dark Multiverse. So with the heroes either defeated or facing impossible odds, the issue ends with Diana and Kendra Saunders challenging an army as this thoroughly entertaining story ends in a classic cliffhanger.

All in all, Dark Nights Metal #5 was a fun read and as everything is almost lost for the reality we know as the DCU, there is still a spark waiting to be ignited. Furthermore, there was some great dialogue in the issue and Sydner and Capullo successfully create an epic tale that is backed with some glorious art. 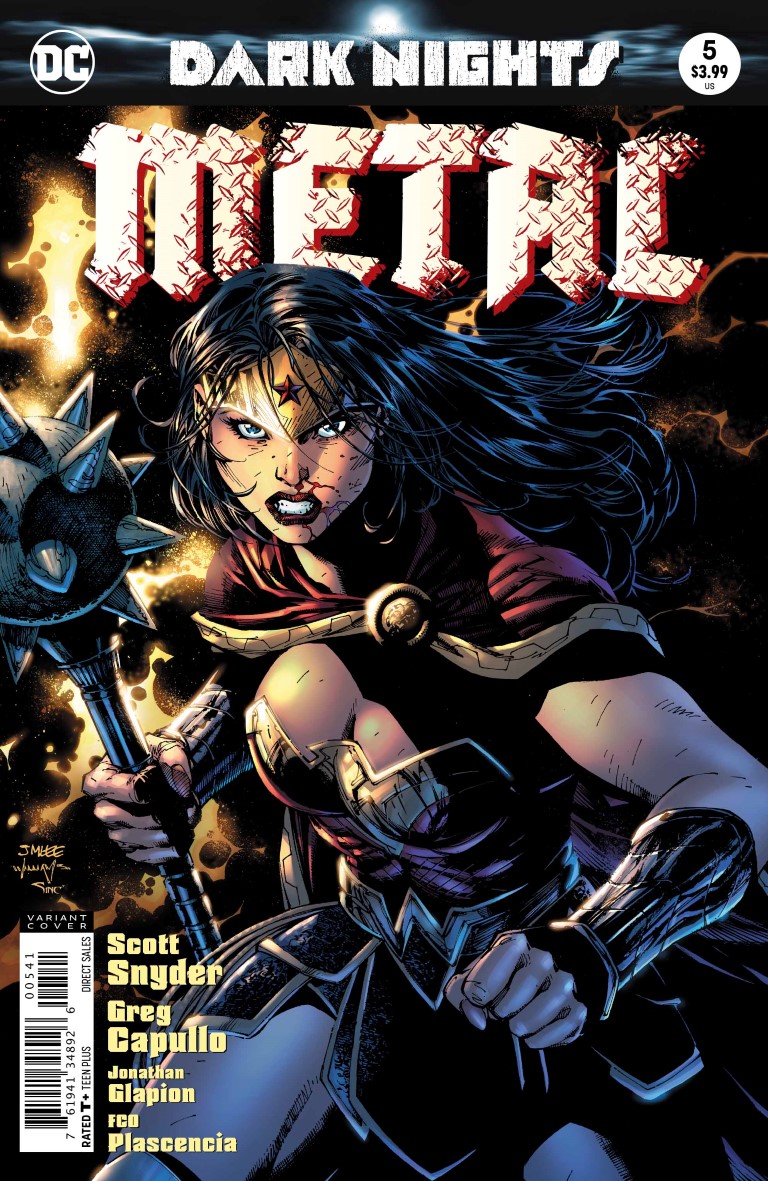 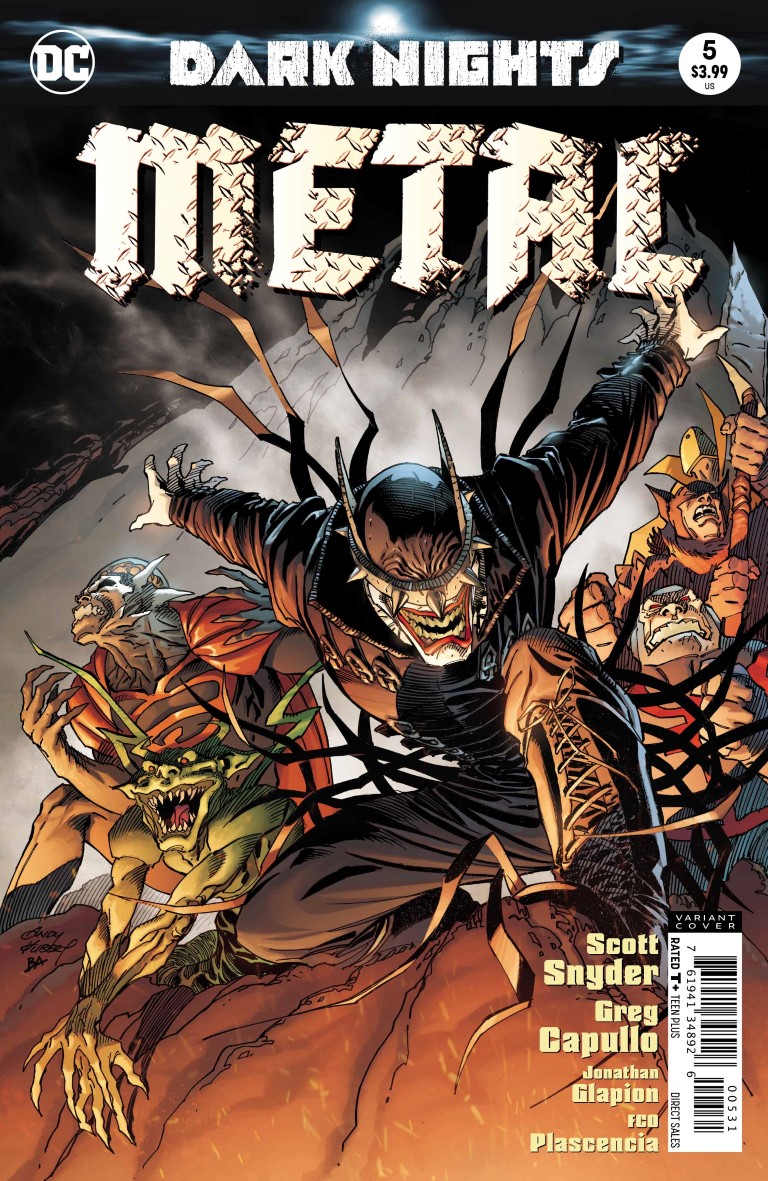 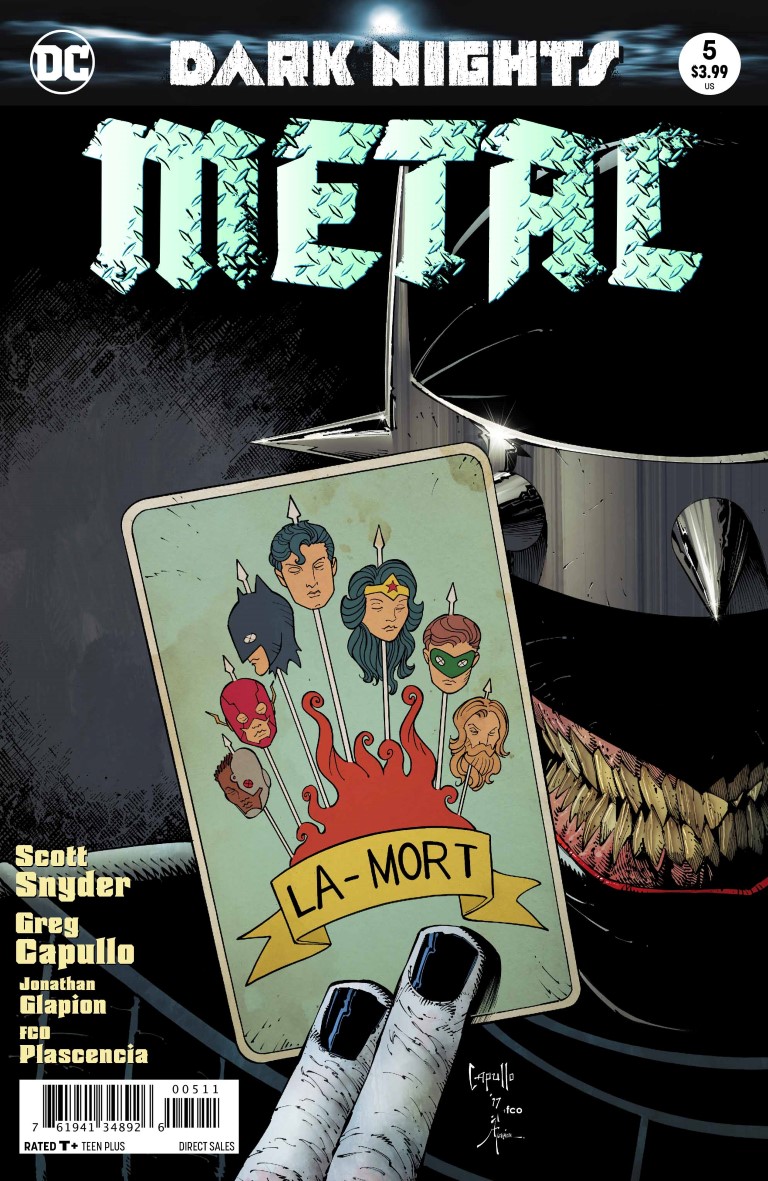 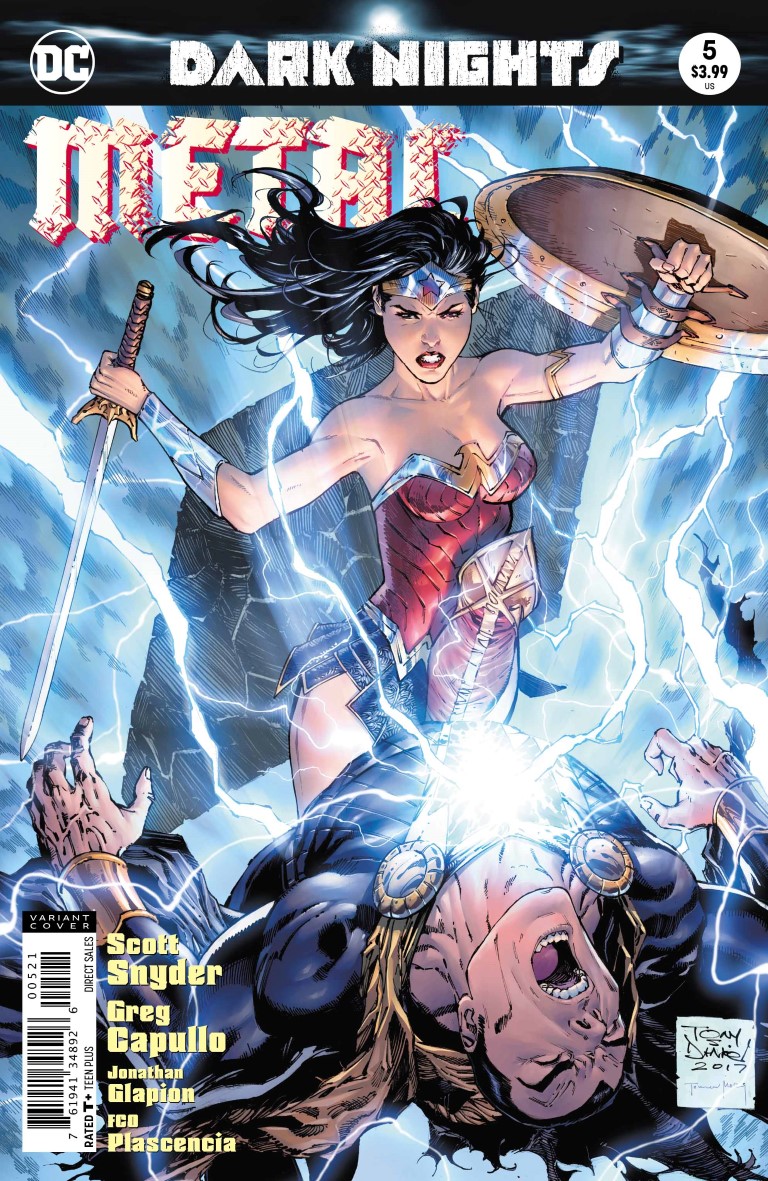 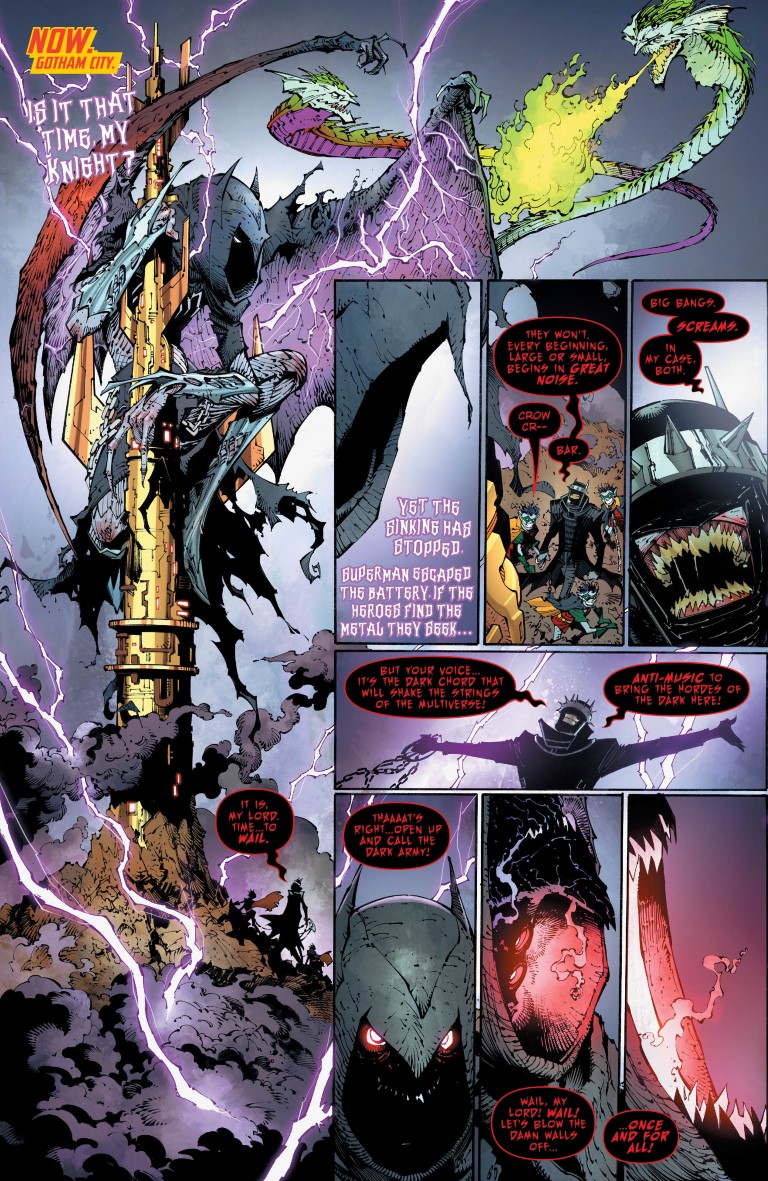 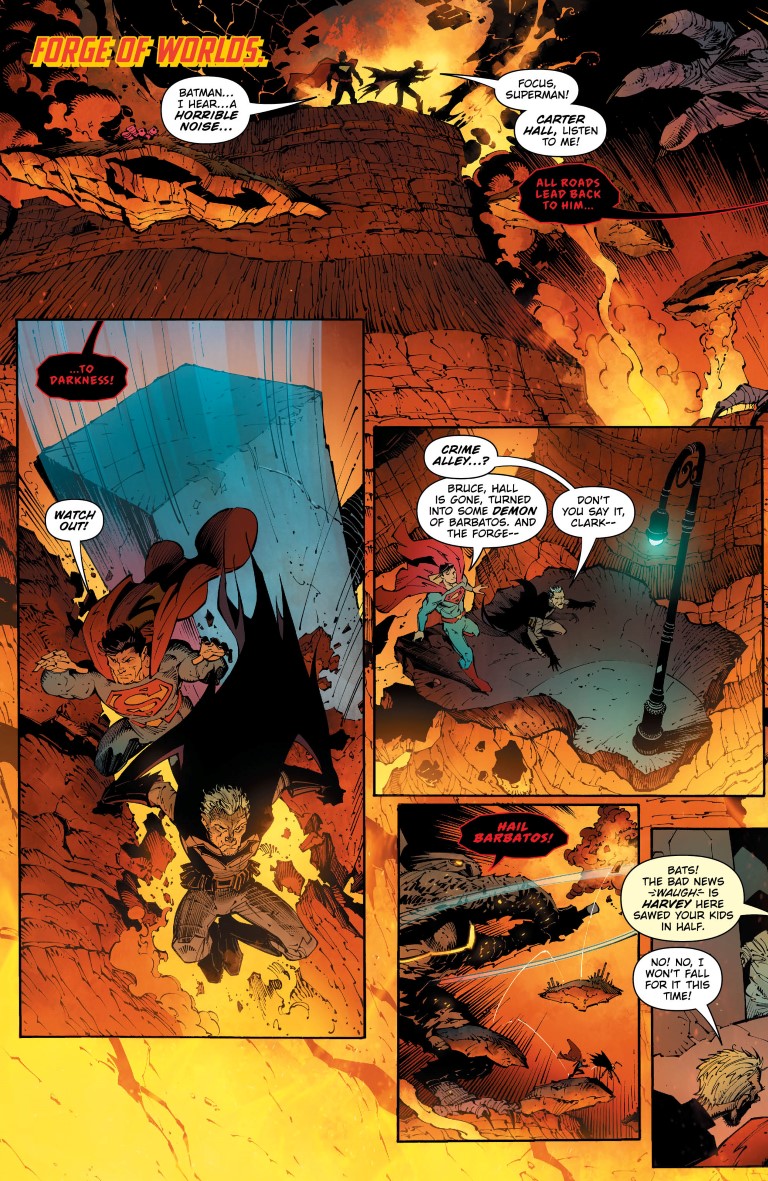 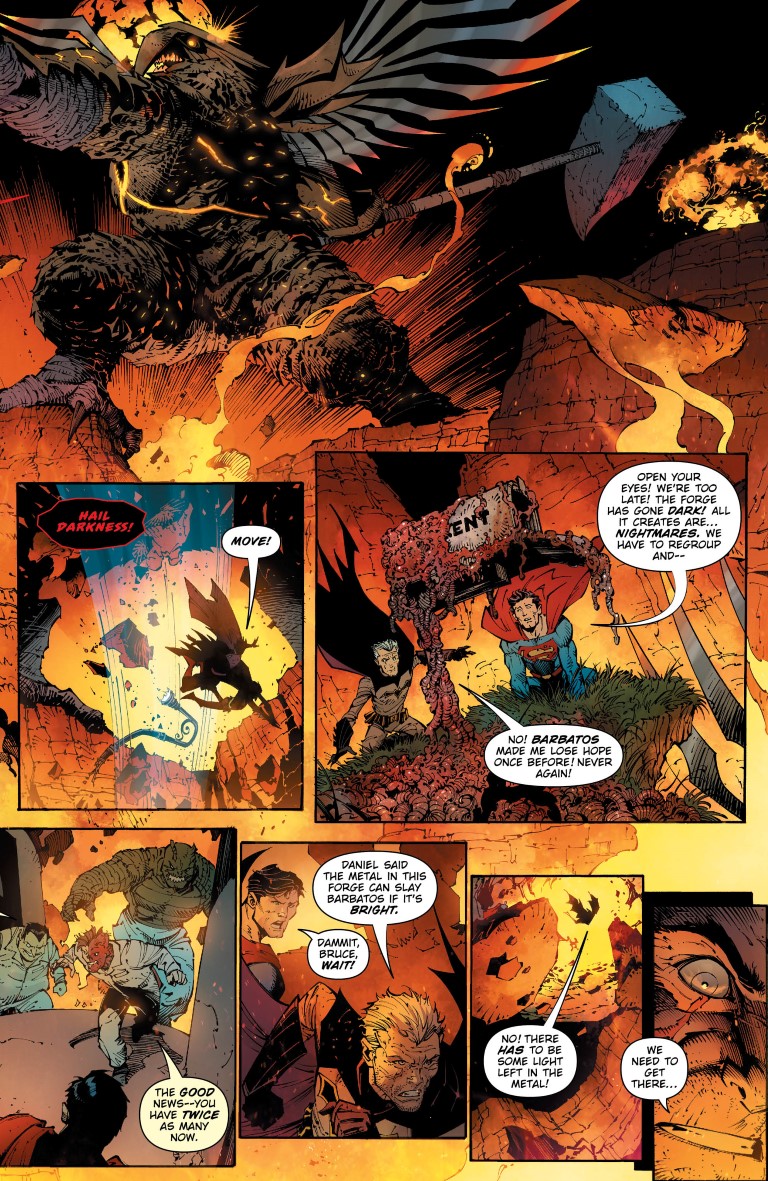 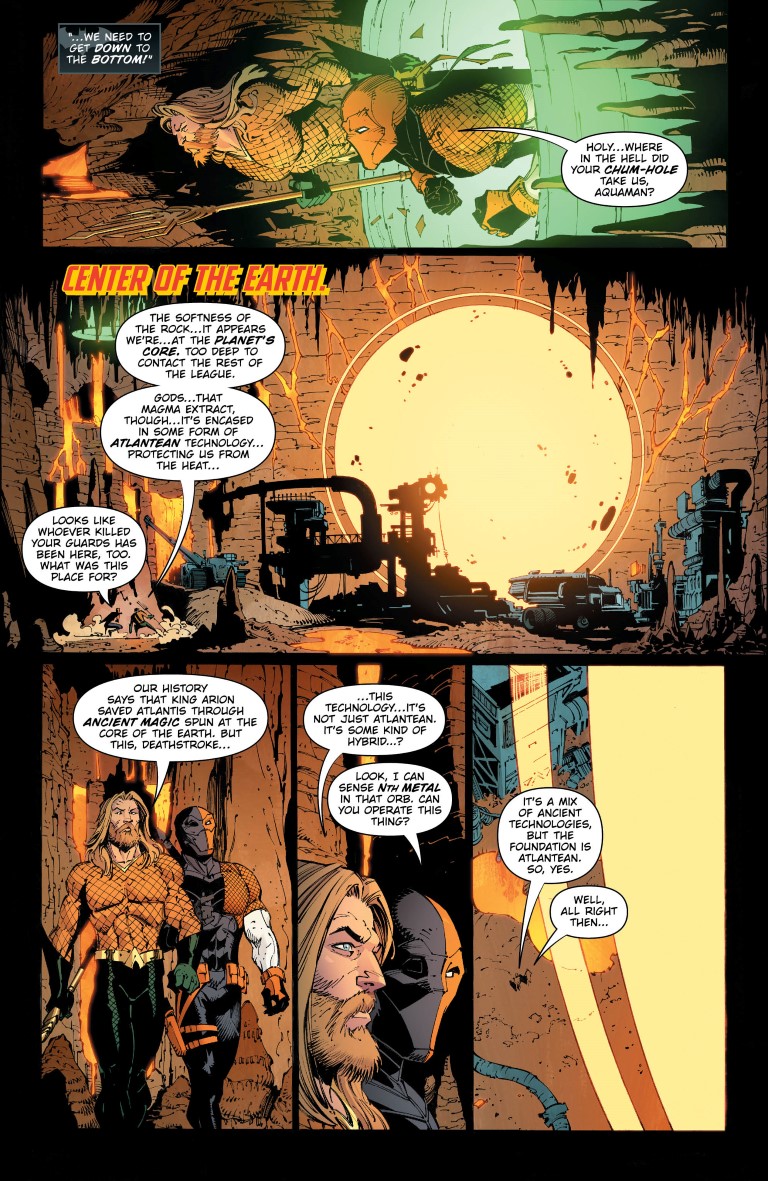 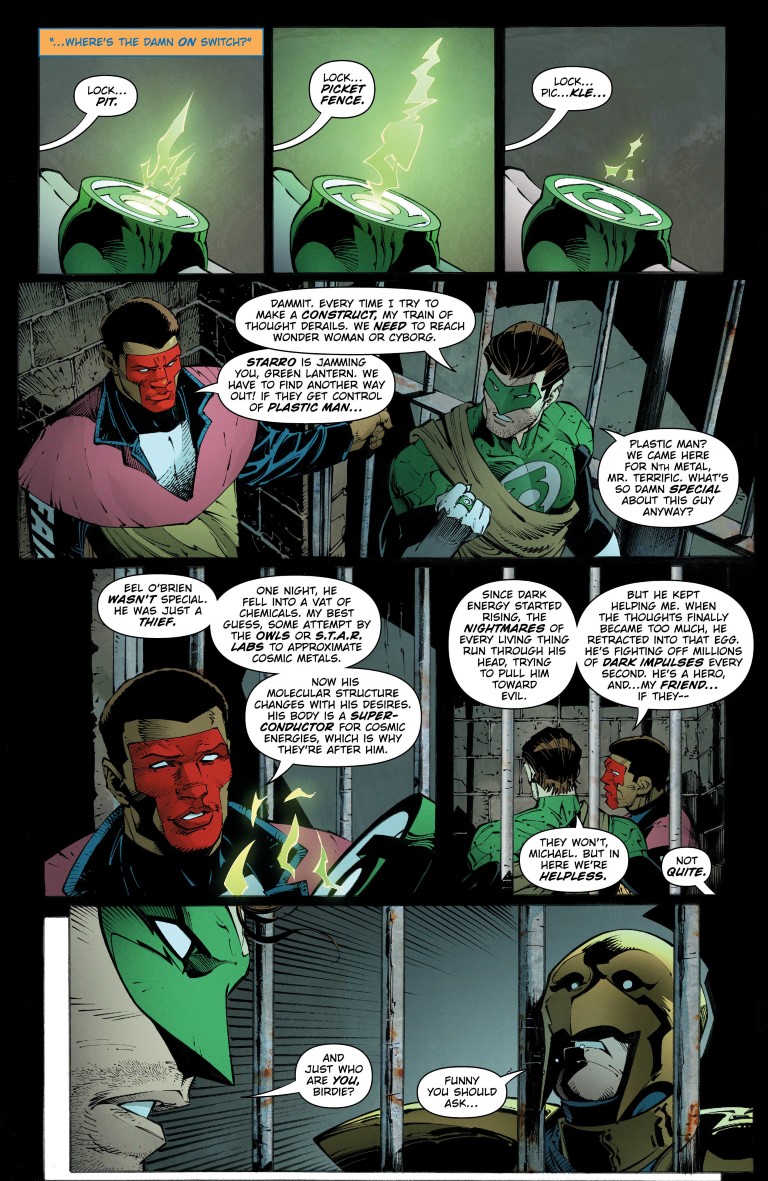 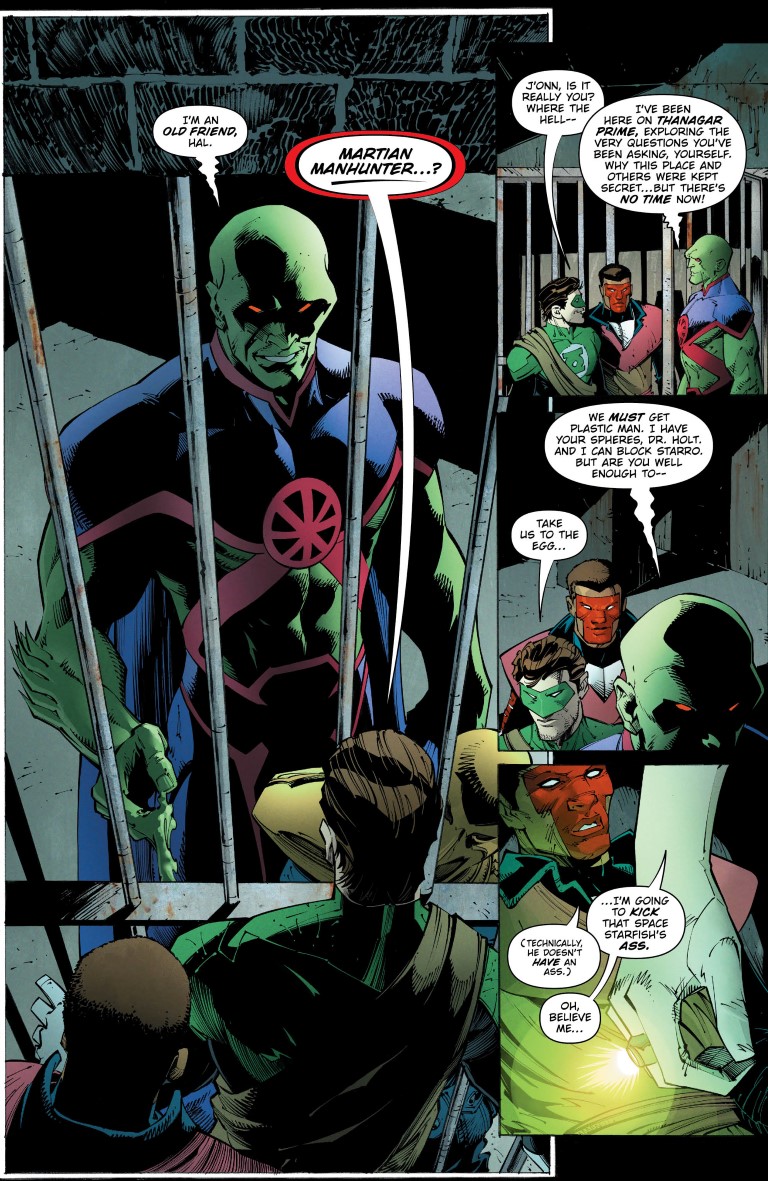