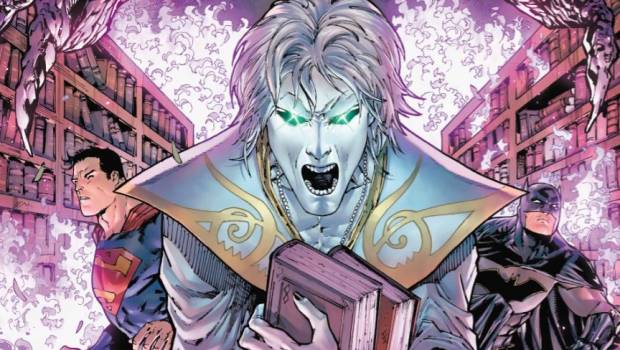 Summary: Dark Nights Metal #4 is a powerful look at the DCU and beyond!

The duo of Scott Snyder and Greg Capullo deliver another riveting issue of Dark Nights Metal as they cleverly recap what has happened in previous issues with a very stylized page as the heroes continue their search for the last remnants of Nth Metal. Adding to this, the reader is reintroduced to an older Bruce Wayne being tormented by ‘darker’ Clark Kents, however our Dark Knight still has a trick up his sleeve with a gauntlet carrying every color of kryptonite as he attempts to save the Superman from his universe.

There’s also some great dialogue between these two characters as they are led by the mysterious Dream to the World Forge where they come across a truly heinous version of Carter Hall who is now the Dragon of Barbatos and the Keeper of the Dark Forge. Without spoiling the story, there is some very heavy content behind Dark Nights as the reader is given an interesting insight into the dark multiverse and that of Barbatos by Dream. Furthermore, the creators pay homage to the ideas of Grant Morrison and flesh out these concepts in some very interesting areas.

Elsewhere, Doctor Fate, Wonder Woman and Kendra are having their own issues at the Rock of Eternity as they continue their search for the legendary mace of Carter Hall made from Nth metal. However when Kendra discovers the astral brain of the Anti-Monitor, she is taken over by this energy and becomes Lady Blackhawk while Fate is taken down by Black Adam who has made a deal with Barbatos. Green Lantern and Mr Terrific also continue their adventure on Thanagar Prime, only to be met by the nefarious Onimar Synn. Needless to say, the heroes of the DCU have a long way to go before finding their resolution. 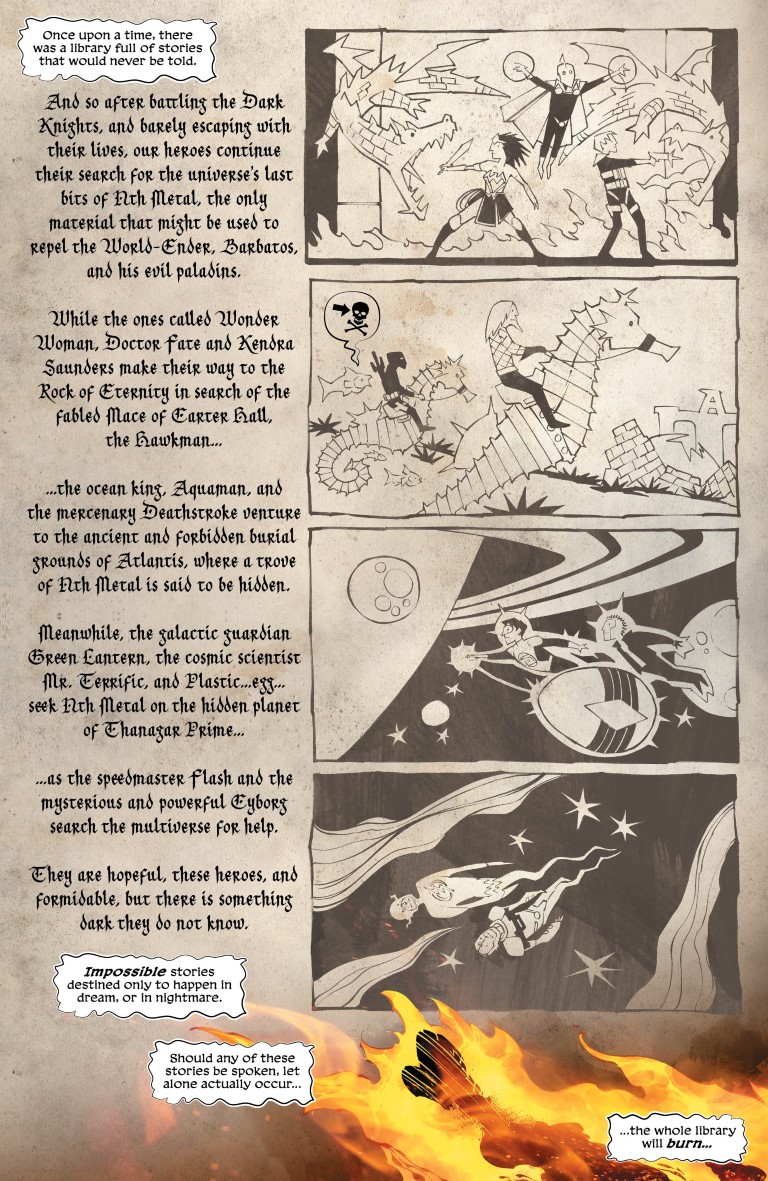 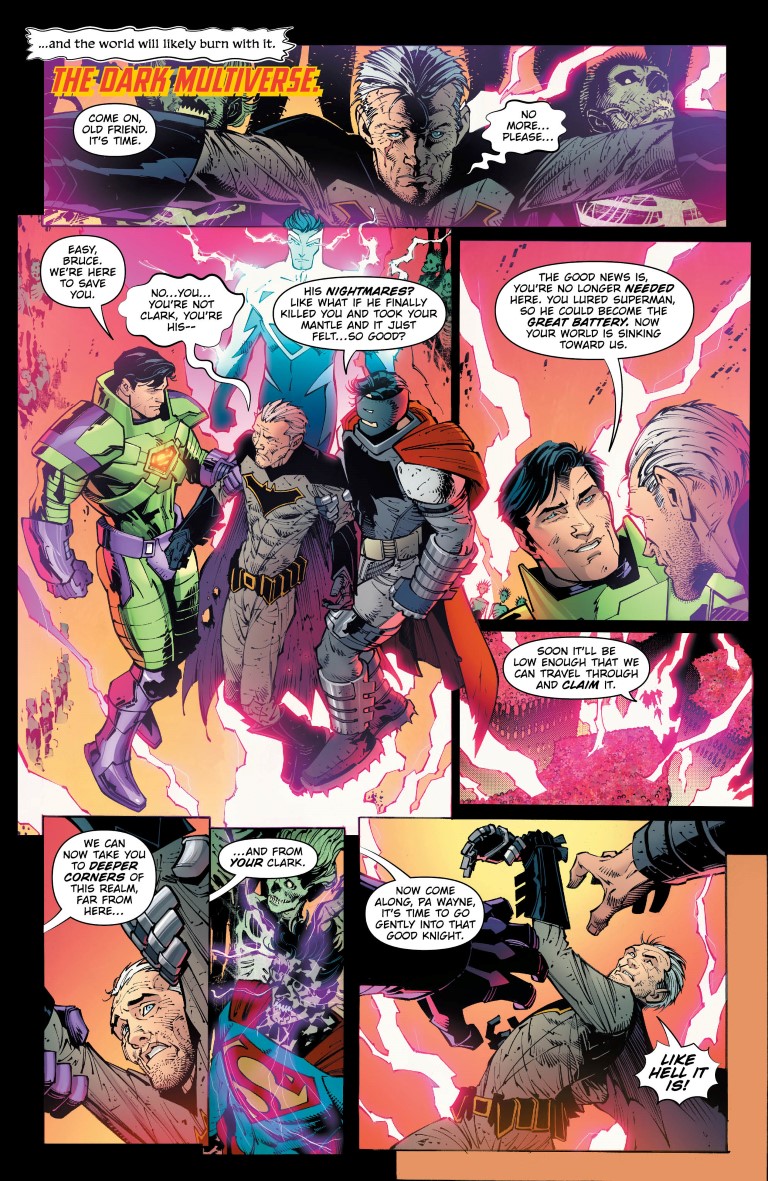 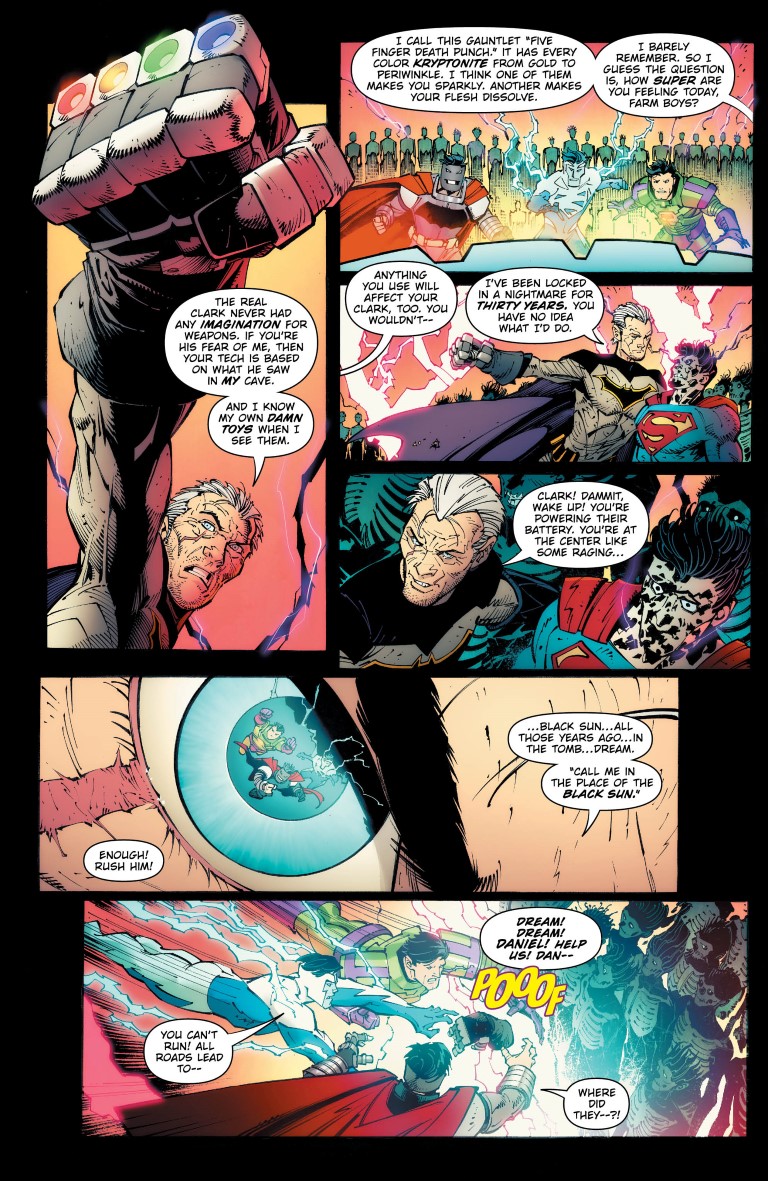 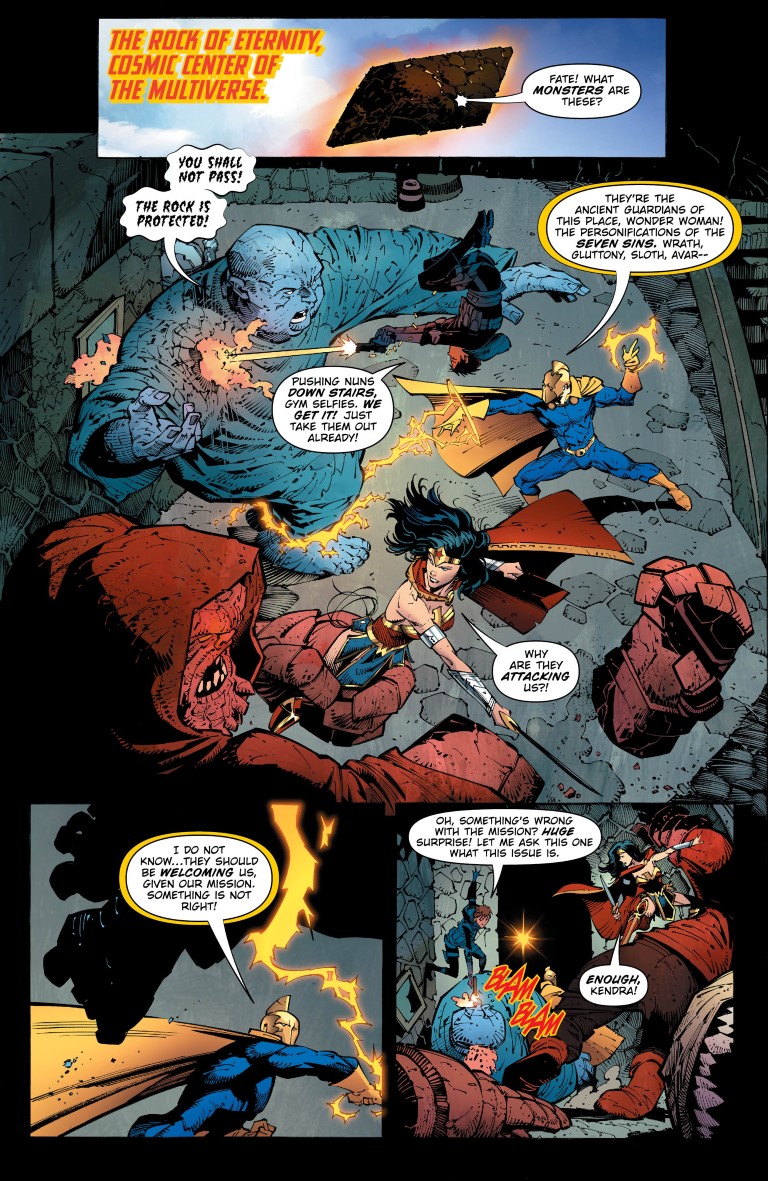 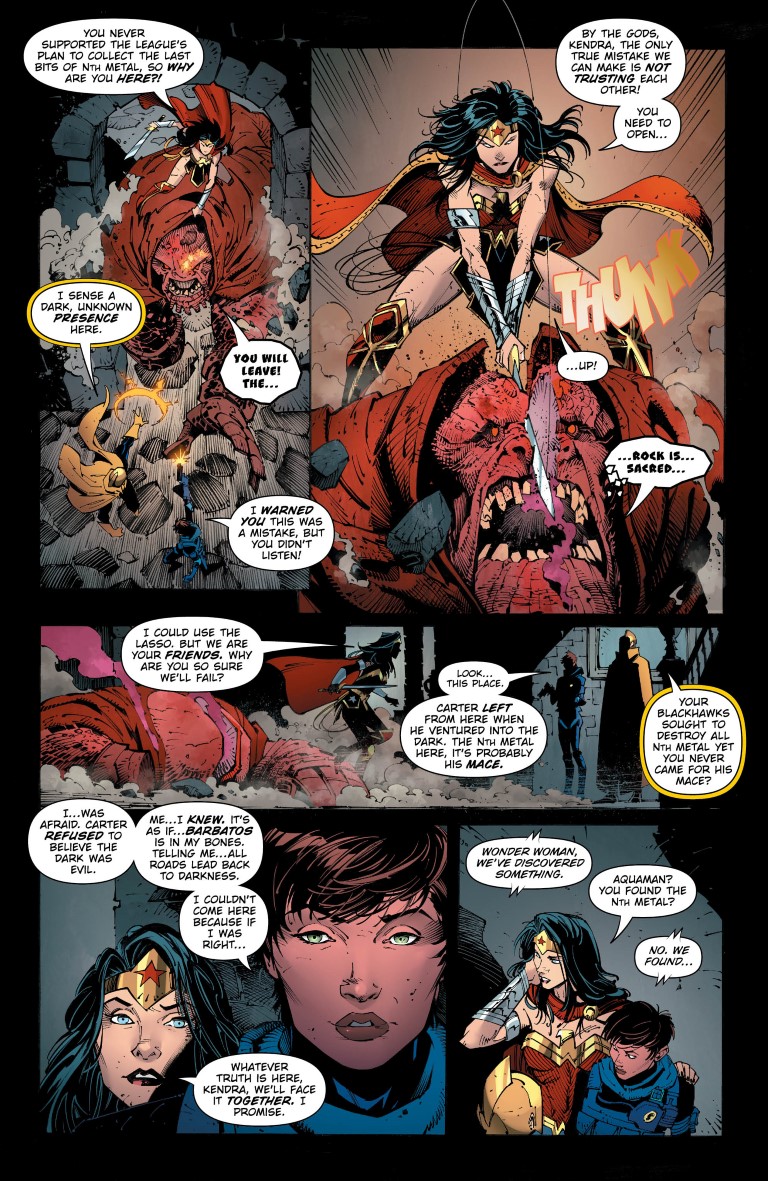 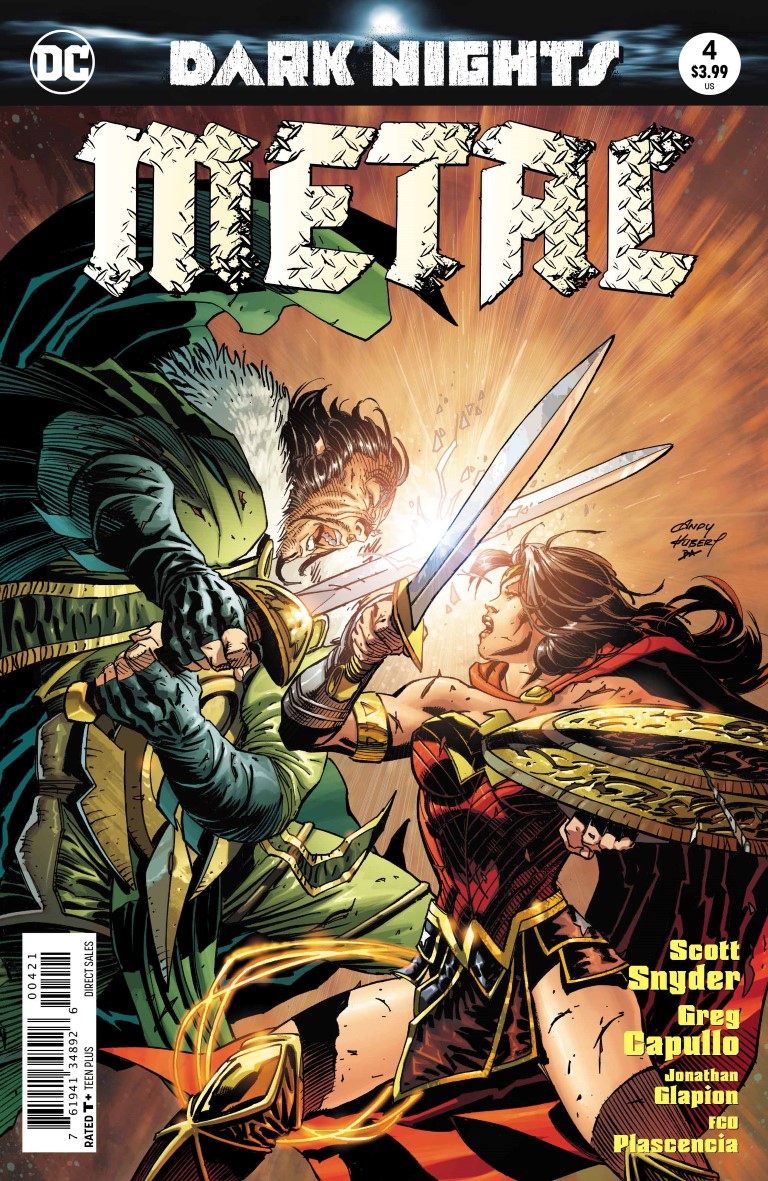 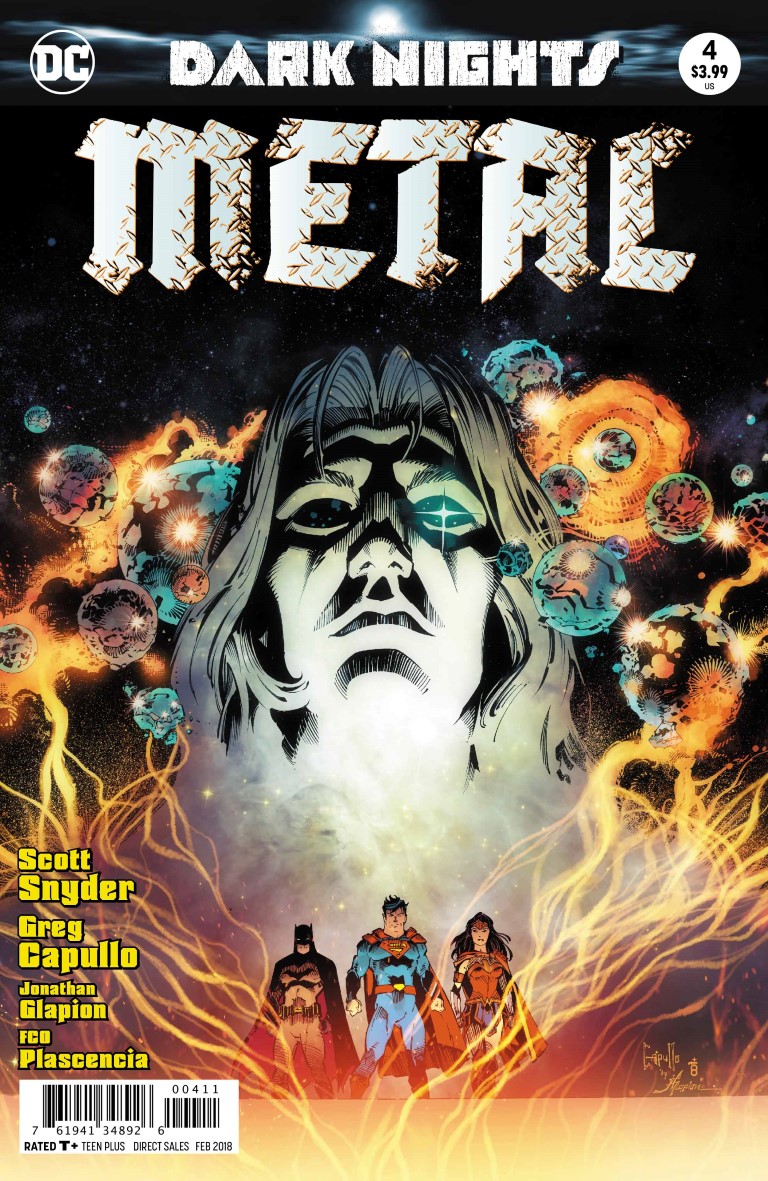 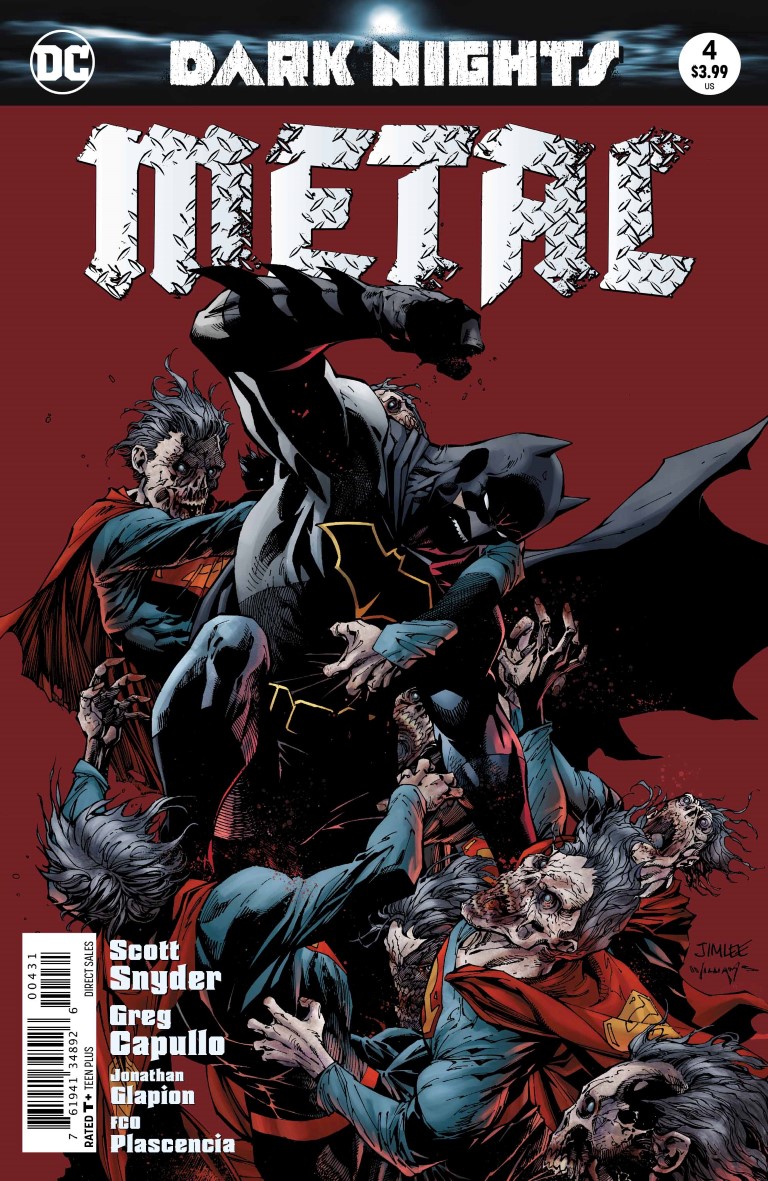 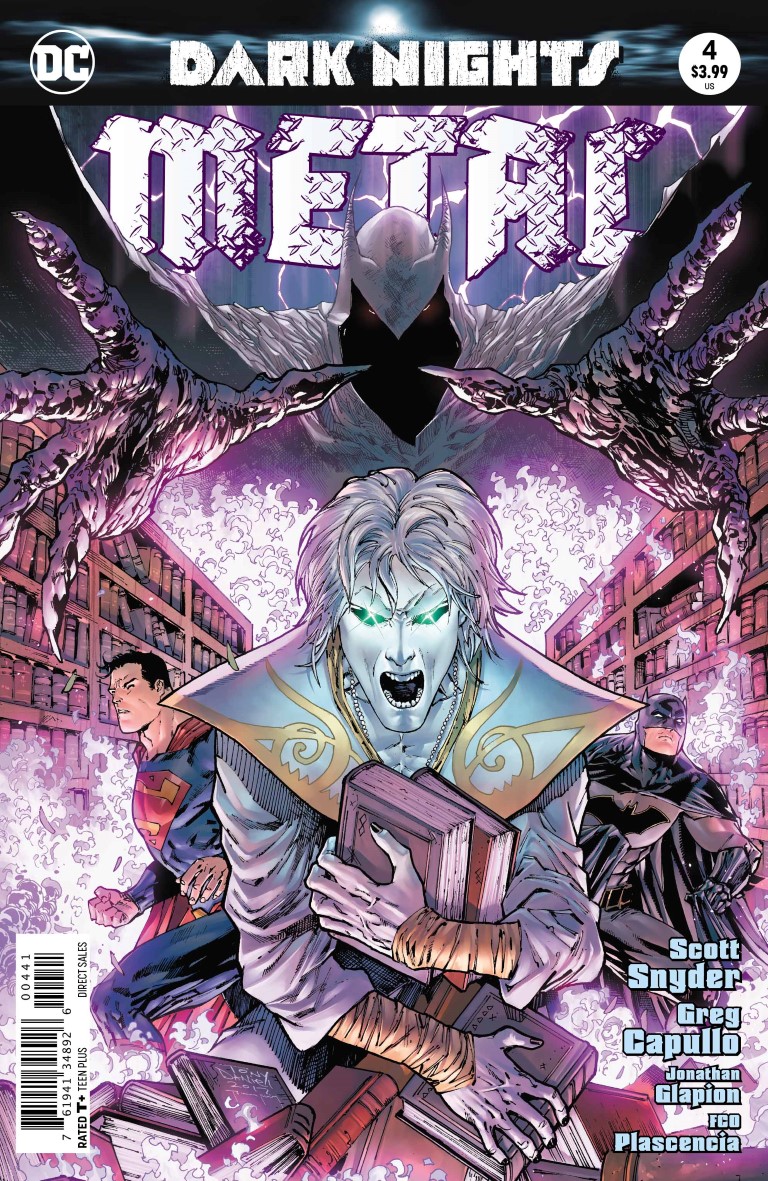