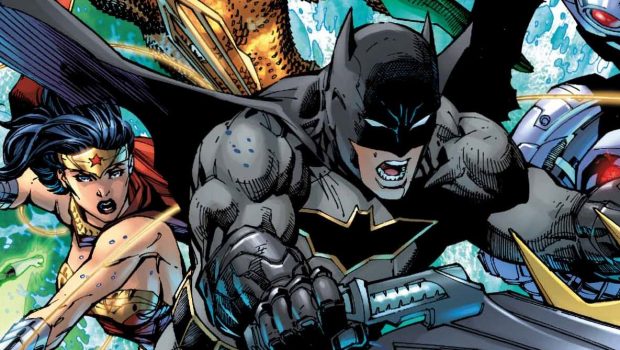 Summary: The latest issue of Dark Nights explodes the multiverse!

The DCU just got bigger as Scott Snyder and Greg Capullo continue with their epic world-building of this universe with Batman as the star. If you thought you knew where this series was going, you’ll be totally wrong as this issue kept throwing curve ball after curve ball. I mean Carter Hall and Abin Sur friends? Baby ‘dancing’ Darkseid… well no dancing! Gorilla City? The origin of the multiverse? It’s all included in this issue, including much, much more as the dark energy seeps into this reality.

The issue commences with the Justice League ‘chasing’ the Batmen as Bruce tries to keep a secret that he has known since he went back in time. However the Dark Knight is cornered by Superman or so Clark believes and in a brotherly scene, Batman discloses the truth to Clark, including the various dark metals that threaten to engulf the planet as they call out that Barbatos is getting closer. Needless to say this was all a ruse as the real Batman is attempting to secure something very powerful and meet one of the Endless.

This leads Batman to the Valley of the Kings and the tomb of Khufu who was the first incarnation of Hawkman (aka Carter Hall). As Batman comes face to face with the deity Dream, he questions his own motives before Superman and Wonder Woman arrive, asking Bruce to stop. Batman believes that ‘baby’ Darkseid can help him fix this danger he created when he first went back in time but things don’t go according to plan.

Snyder and Capullo deliver a clever twist when the Court of Owls arrive to unleash the last metal onto the planet which is eloquently named Batmanium as the issue literally ends as everything hits the fan as Barbatos and his army have arrived and Bruce is nowhere to be found.

Holy Caped Crusader! This series just keeps getting better and better and Scott Snyder and Greg Capullo once again deliver their A-game as the twists, turns and unexpectedness of Dark Nights Metal continues to go where no DC Comic has gone before. This series is a crisis and although not dubbed as an official DCU Crisis, it definitely is and now it’s time for the rest of the DCU to become involved! 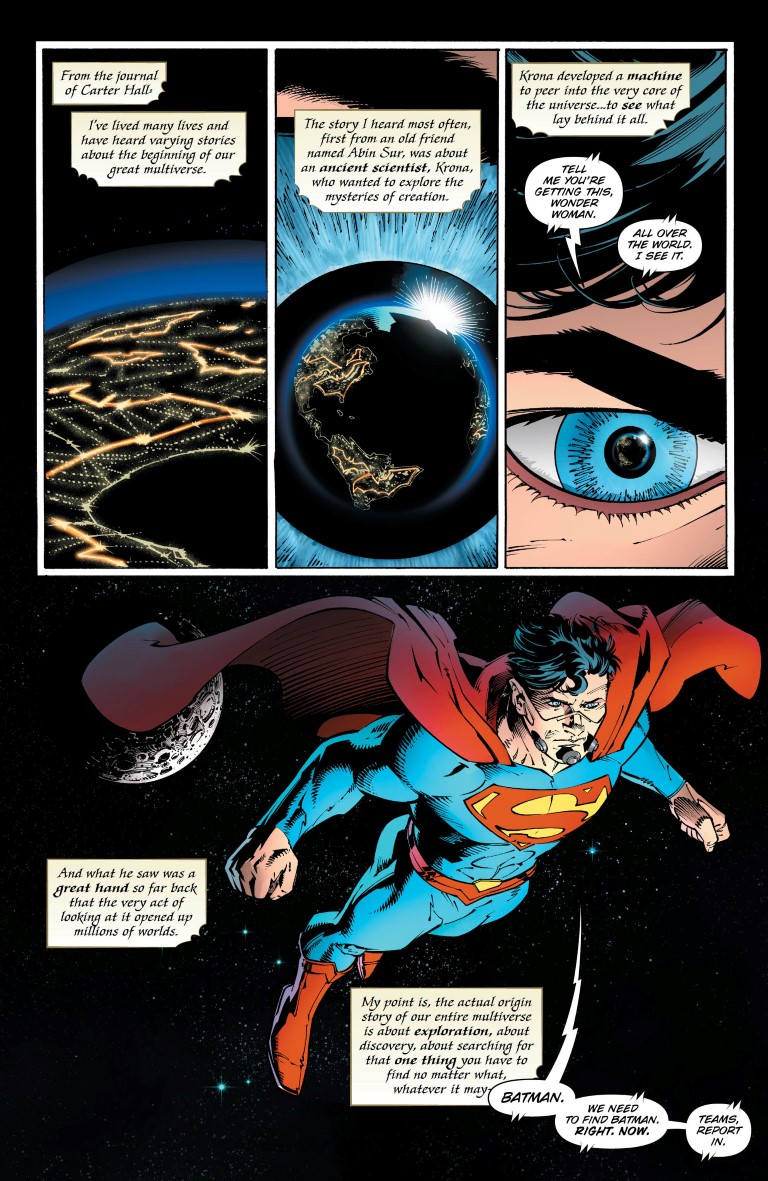 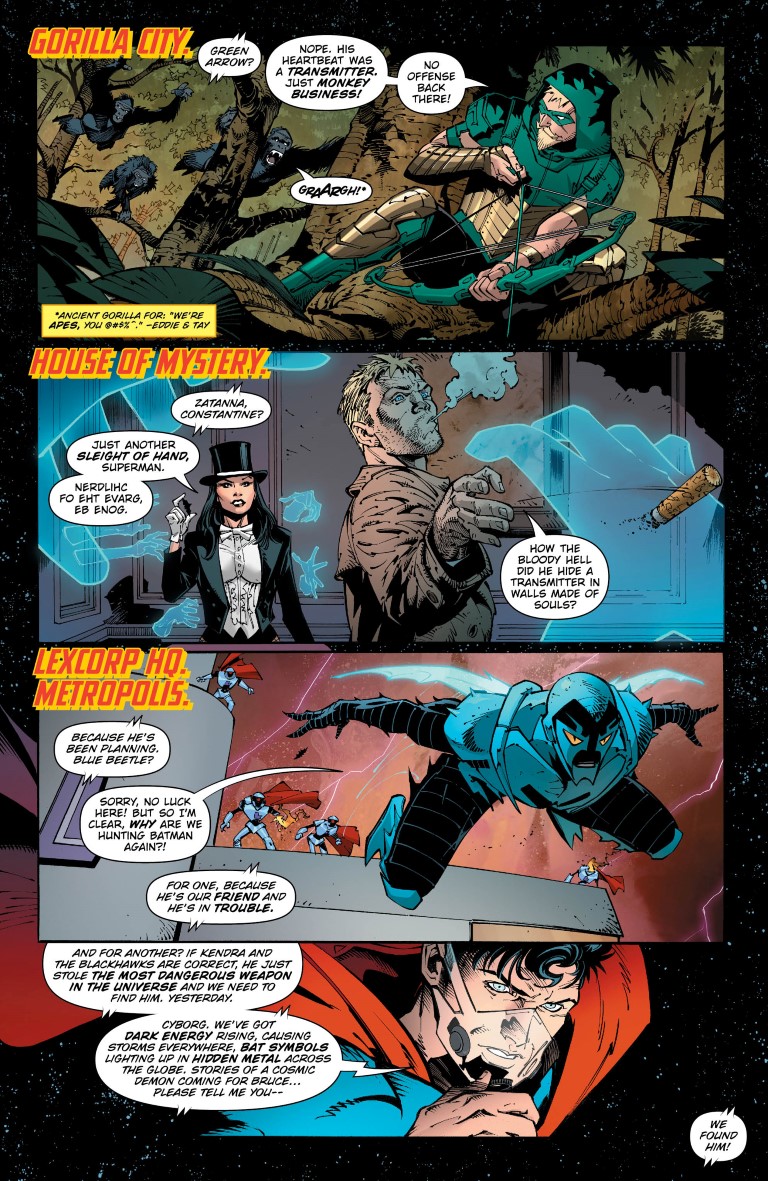 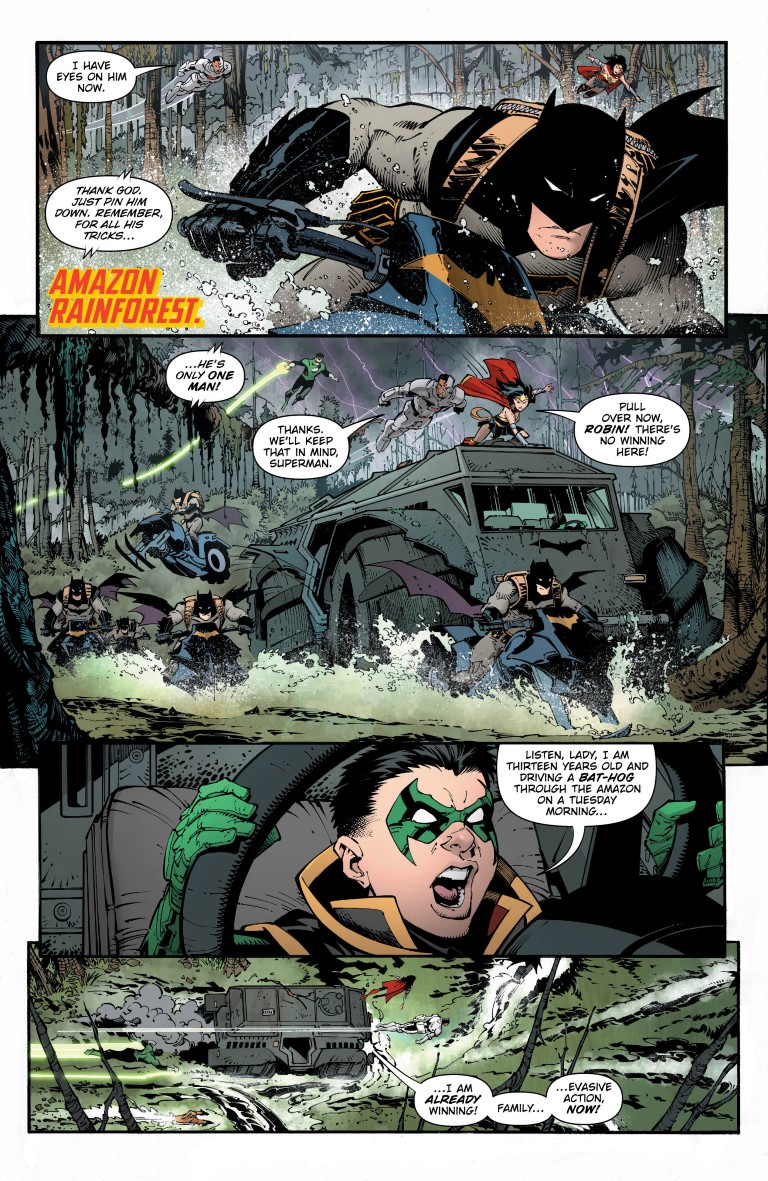 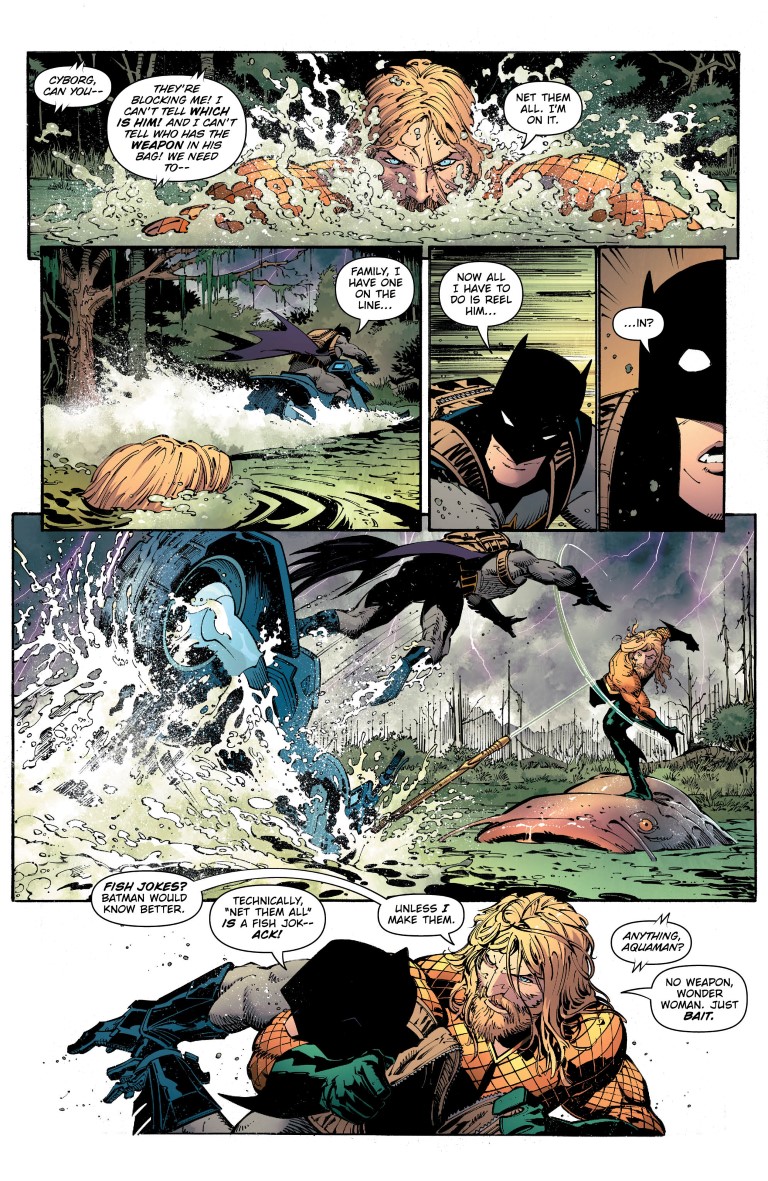 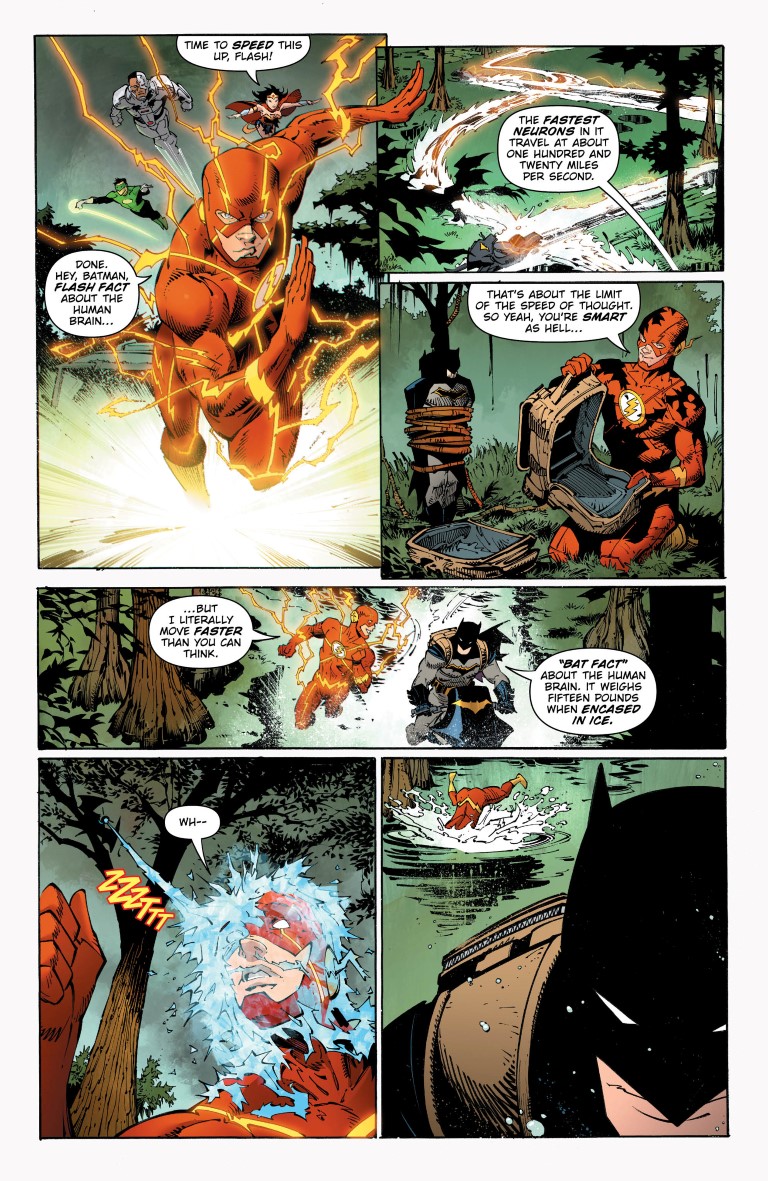 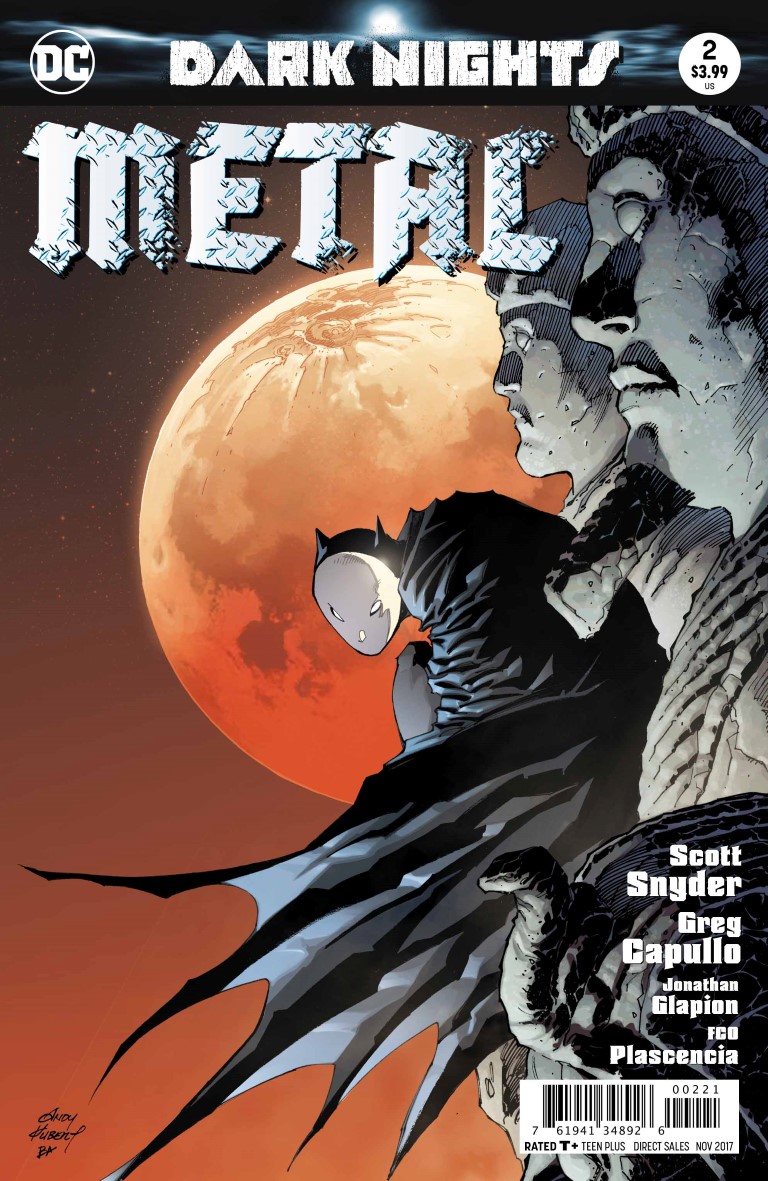 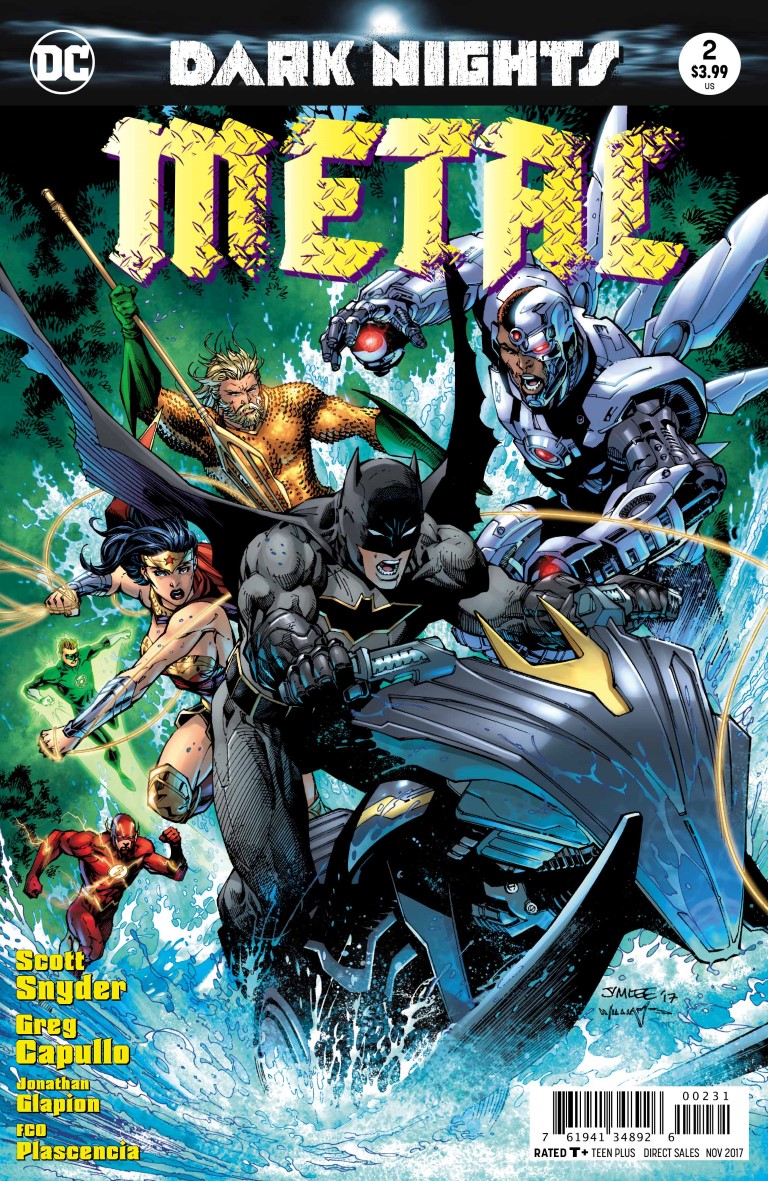 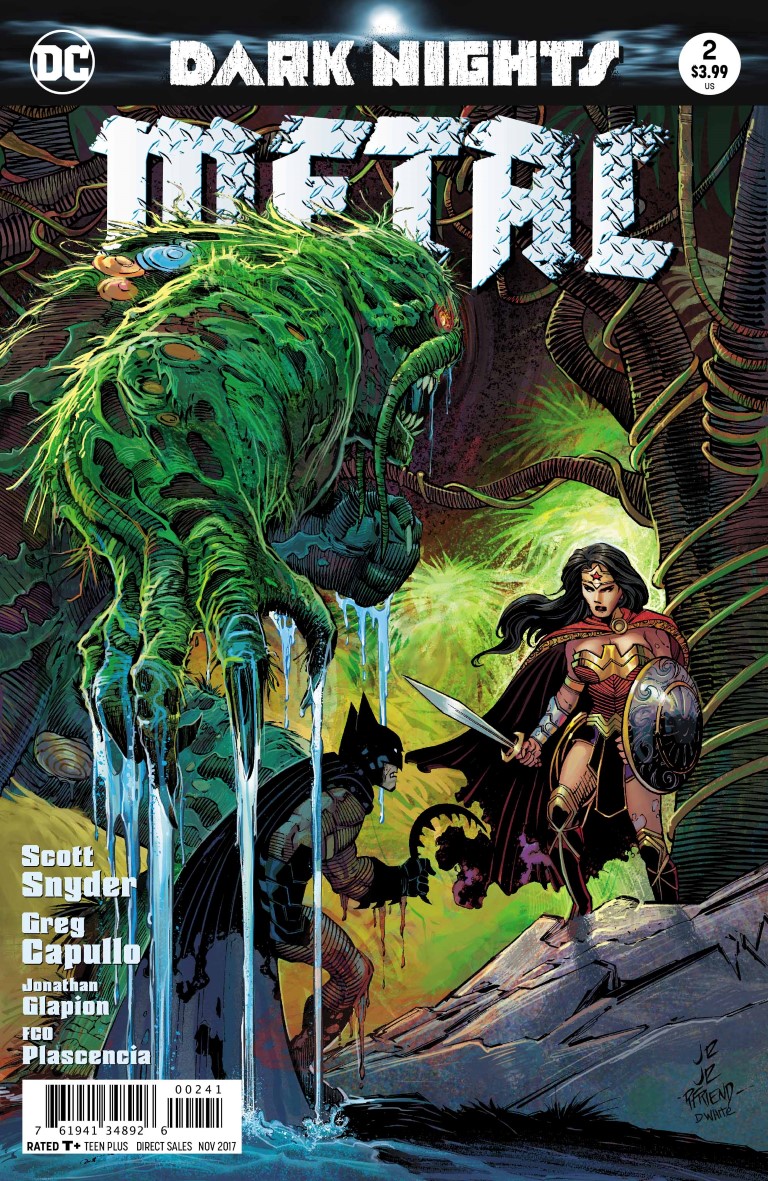 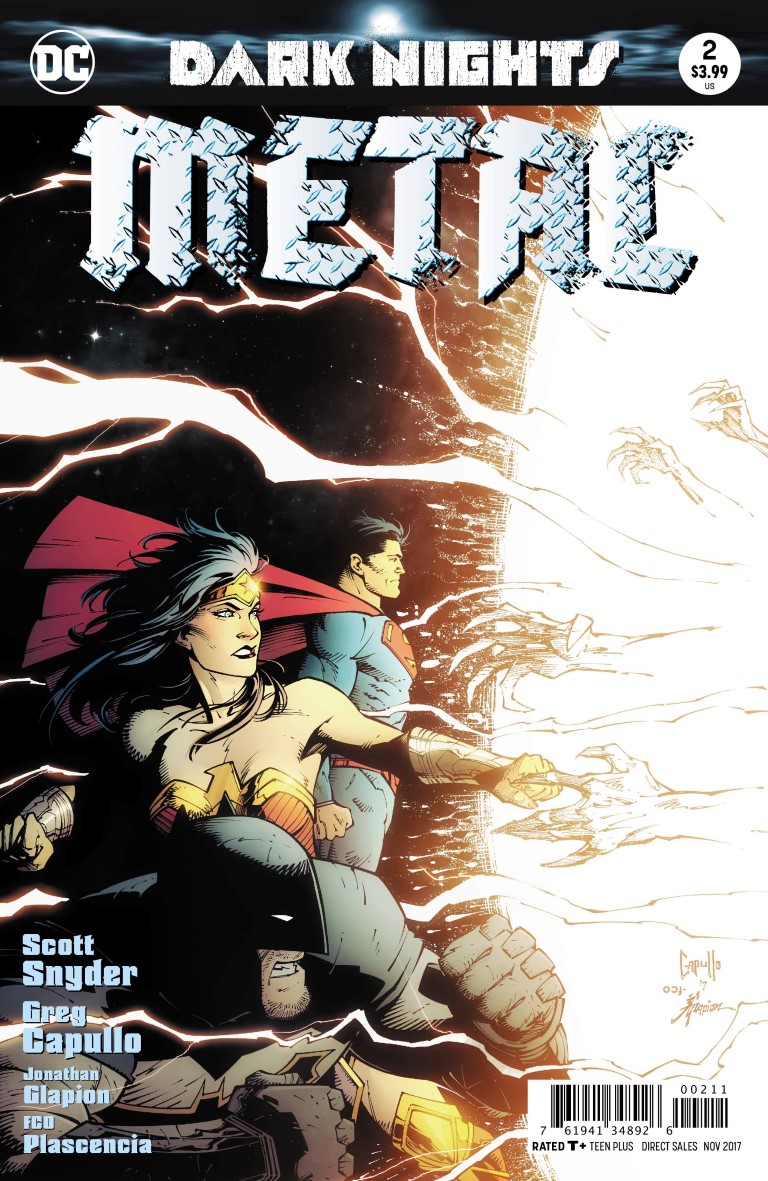