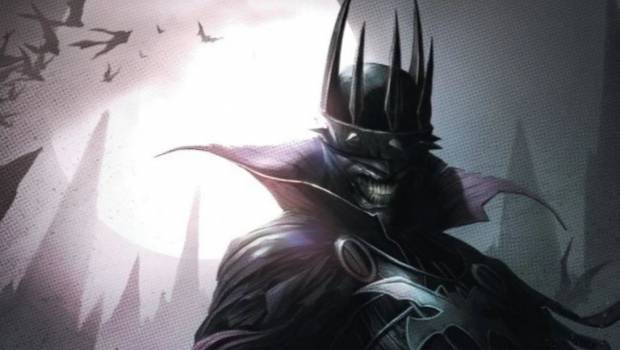 Dark Nights Death Metal#2 Review … ON A HIGHWAY TO HELL!

Summary: Dark Nights Metal#2 brings back the heart of the DCU and continues its excellent world-building to something big!

Scott Snyder and Greg Capullo once again delivery a thoroughly issue of their new series, Dark Nights Metal that sees the newly introduced “Batom” (Batman + The Atom) run squashed by the Batmobeast as our heroes are seeking Batman in Valhalla Cemetery that is the crypt of heroes. As Wonder Woman, Swamp Thing and Wally West enter, they are warmly greeted by gatekeepers, the legendary Justice Society of America that is led by Green Lantern Alan Scott, the Flash (Jay Garrick), Doctor Fate (Kent Nelson) and Wildcat (Ted Grant). 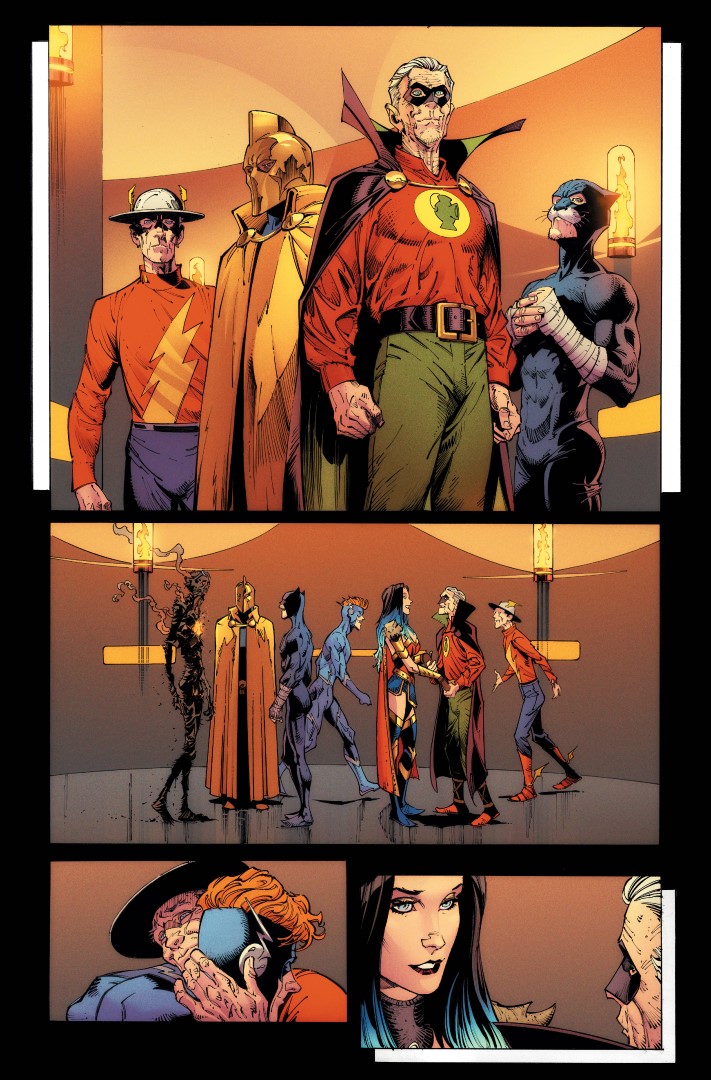 This reunion is pure fanservice as the Justice Society of America has not really been seen in an official capacity since before The New 52. After a warm reunion between the three Flashes (Jay, Wally and Barry Allen), we discover that Batman is literally raising an army of fall heroes to help create an Earth in the darkness of the multiverse. He also gives Wonder Woman a stern warning that by killing the Batman Who Laughs, he will return into something more monstrous and more powerful. However Batman is convinced by Wonder Woman to take on Perpetua and the Batman Who Laugh with a small group in order to channel the powers of the original crisis into building a new infinite multiverse but first, it requires a trip to Apokolips to help free their friends for the upcoming battle as a visit to the Toymaster’s bunker is merited. 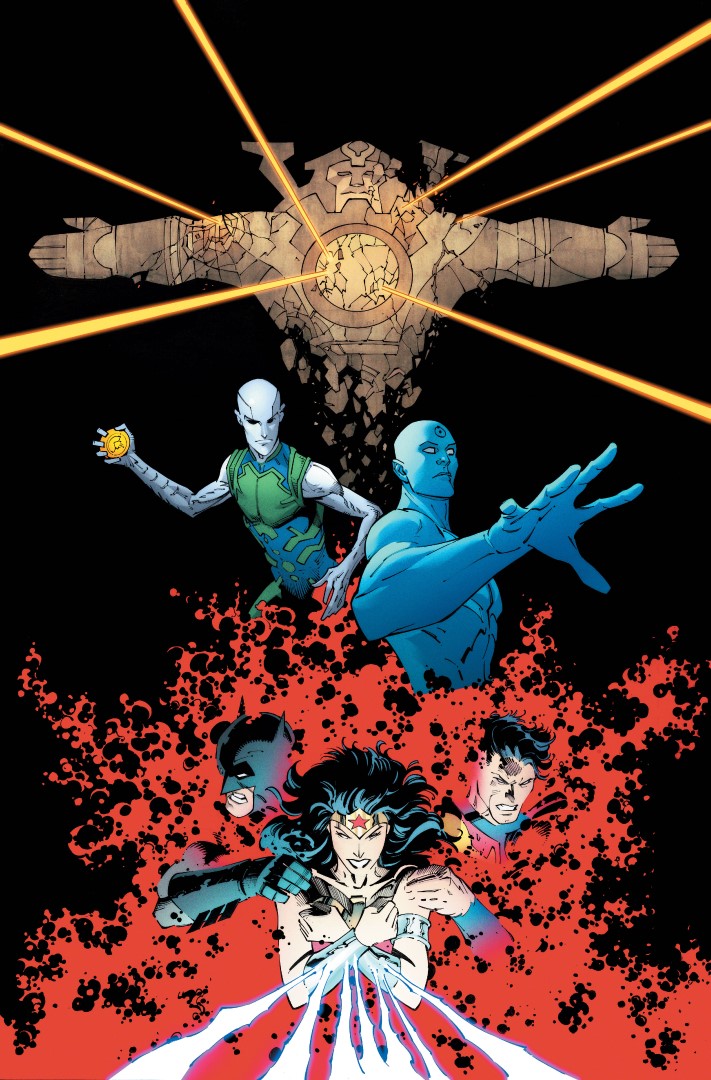 Elsewhere and as predicted by Batman, the brain of the Batman Who Laughs who was killed by Wonder Woman in the last issue is put inside the corpse of Doctor Manhattan as our villainous antagonist returns in “blue” glory. We also discover that Perpetua has conquered another Earth and only six remain who is using her powers to mask them from something more powerful and if The Batman Who Laughs decides to go it alone, it will also draw them to him. The issue ends with The Batman Who Laughs crowning the new Robin King and then taking on his new black and menacing form to become The Darkest Knight. 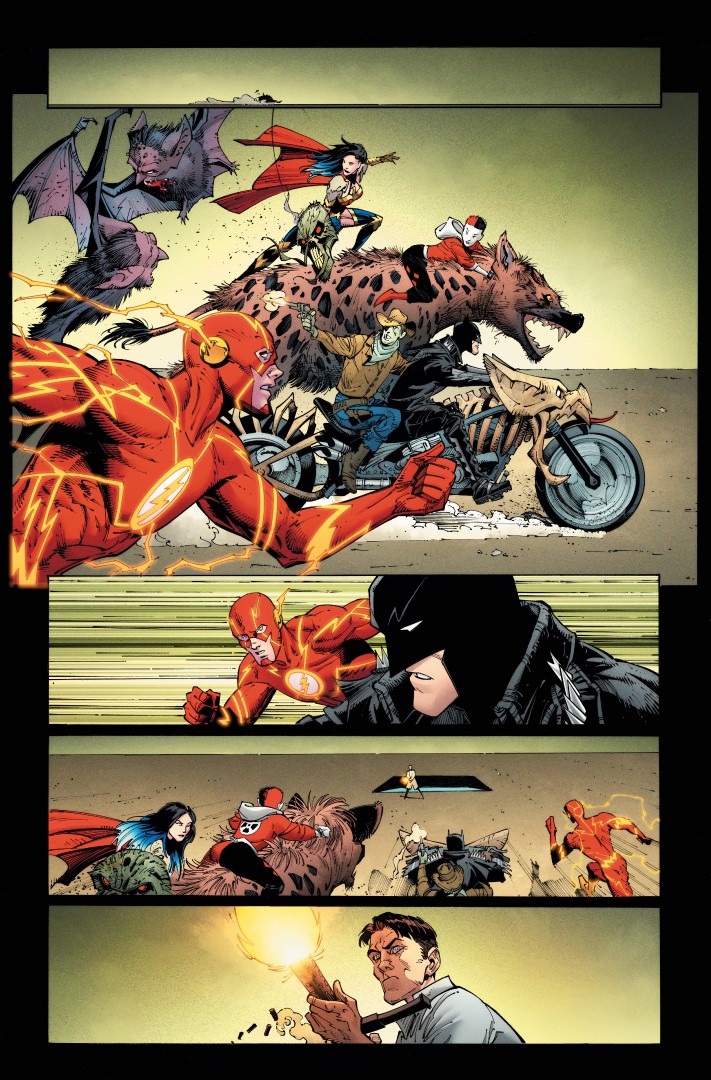 While there was an absent of action, the continued world building and characterisation of the creative was brilliant… oh… and the Justice Society of America are back and hopefully not just a cameo. Apart from that, the dialogue flowed well and Snyder continues to building up to something big and when matched with the glorious art of Greg Capullo, it left you yearning for more.

A great read from start to finish!