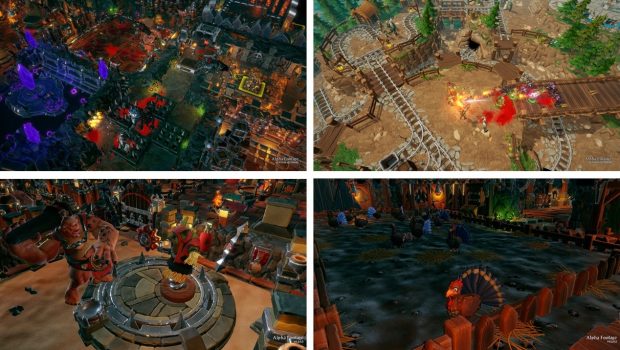 Sydney, 19th June 2017 – Kalypso Media and Realmforge Studios have unleashed something wicked at E3 2017 as a new gameplay trailer for Dungeons 3, their acclaimed dungeons sim management game launches today. Scheduled for a Fall 2017 release, Dungeons 3 will deliver its trademark humour and devilishly sinister game mechanics on PlayStation®4 and for the first time in the games’ history, Xbox One, and promises to be the biggest and best entry in to the Dungeons series to date.

In Dungeons 3, the Dungeon Lord has successfully united the forces of evil and established the roots of his dark empire, leading him to the next step in his diabolical quest: expansion! Through enticing the dark elf priestess Thalya from the fluffy clutches of the surface world to become his chief lieutenant, the Dungeon Lord has found a way to direct his campaign of conquest from the confines of his underground lair. With Thalya on the front line, and the united forces of evil to support her, players will have to use every trick in the book to best those do-gooders of the overworld, once and for all!

The team are busy demoing a brand new build of Dungeons 3 on their booth at E3 2017, but for those not able to make it over to California, Kalypso has today released a new gameplay trailer showcasing some of the thrilling new dungeon mechanics, huge overworld maps and despicable creatures players can expect to see when the game launches.