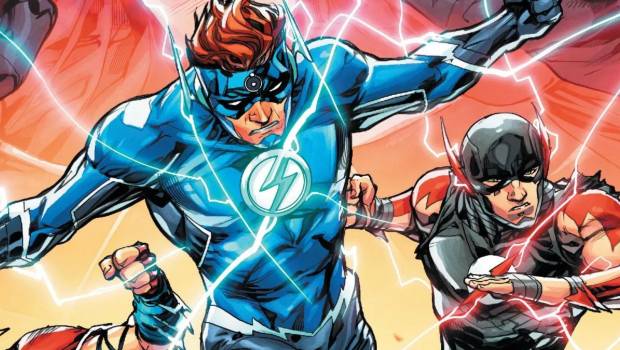 Summary: Dark Knights Death Metal Speed Metal #1 is a spectacular Flash comic that the world has been waiting for!

The issue starts with a recap about Wally West, once Kid Flash, then a Flash and how he became lost in the speed force as the universe changed around him (aka The New 52). However with the meddling of Doctor Manhattan (Rebith), Wally returned thanks to Barry Allen (The Flash) as the world became something more familiar until it all fell apart for Wally again. While the Batman Who Laughs returned to the DCU to spread his madness, Wally tried to stop him and failed but he reunited old friends as Jay Garrick returned, the original Flash from World War II. 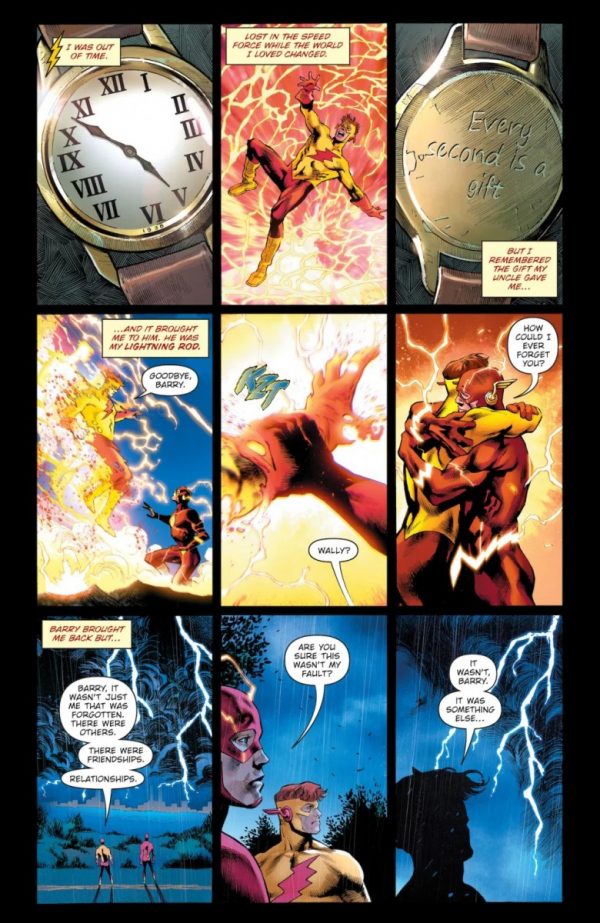 With most of the multiverse destroyed by the entity known as Perpetua, Wally, Barry and Jay are running from a dark multiverse Bat creature that threatens reality and now they must once again run like no Flashes have run before. For the Batman Who Laughs wants the Crisis energy from Wally.

To make matters, the creature chasing the Flashes unleashes the Dark Flashes in attempt to slow them, however Wally has a card up his sleeve, 3×2(9yz4a that is Johnny Quick’s speed formula as he slows down time to give them a moment of respite to think of a plan. 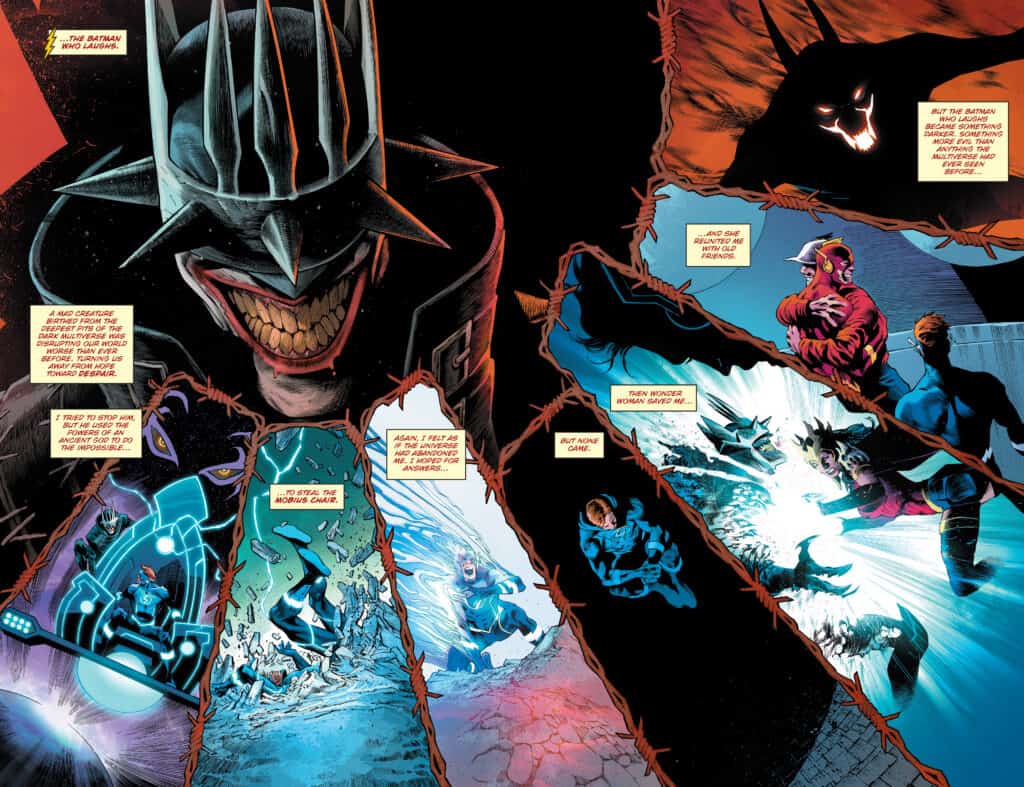 The plan, take the race to the Dark Flashes in an attempt to find the New Gods’ Mobius chair. As the Flashes fall one by one, Wally is given Barry’s speedforce as he thinks he has failed and becomes “lost” again. But when arrives, he is reunited by the entire Flash family and also his own family in an awesome reunion that the world of comicdom was waiting for. The issue ends with Wally, Barry and Jay once again running to the fight as their story continues in Dark Metal #4.

All in all, Dark Knights Death Metal Speed Metal #1 was a spectacular issue thanks to writer Joshua Williamson with some stunning art by Eddy Barrows. Williamson successfully returns The Flash family to the DCU (hopefully) and Barrows brings it all to life. There’s also a great moment between Wally and Barry in an almost passing of the torch scene. Definitely one for Flash fans and is a great side book of Dark Knights Death Metal!