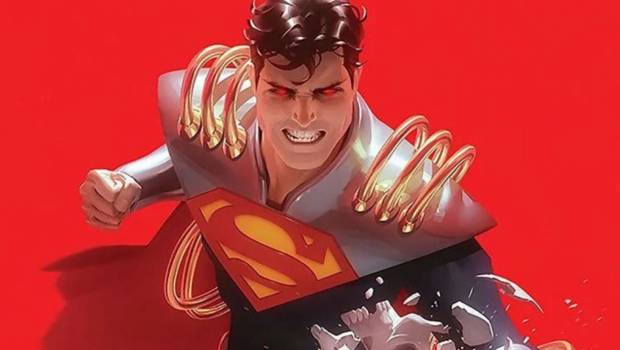 While not quite a filler, Dark Knights Death Metal #4 serves as a slight breather before the upcoming battle between the multiverse-bender The Batman Who Laughs and Goddess of all Creation Perpetua with the heroes of the DCU valiantly attempting to change the tides of war. As the Green Lanterns try to dismantle the antenna that will save whatever remains of the multiverse to the Flashes trying to protect Wally from The Batman Who Laughs, the odds are not looking great for our heroes.

Batman also meets a “new” Anti-monitor where he discovers that the worlds they are visiting are actually dark copies of their own Crisis events as this creature holds our Dark Knight in custody. Elsewhere, Superman is beaten by a trio of other Supermen as he tries and fails to reason with Darkseid to him stop this madness. Elsewhere in the Infinite Crisis universe, Superboy Prime has also made a deal with The Batman Who Laughs, hoping that he will be given his own world where heroes are heroes… and Dr. Fate (aka Kent Nelson) is holding a skipping rope with Wonder Woman as children play all around them. What an awesome scene!

Prime has also been given the task of capturing Wonder Woman which he does and spoiler alert, Diana manages to convince this once hero to join them. While Wonder Woman, Batman, Superman have failed, the issue ends with The Batman Who Laughs informing them that he has always been one step ahead of them and has rerouted the power of the Moebius Chair to himself in order to remake the multiverse in his image. All in all, another well written and illustrated issue of this crazy series that is a totally entertaining read from start to finish.

A slow burn but a fun one! 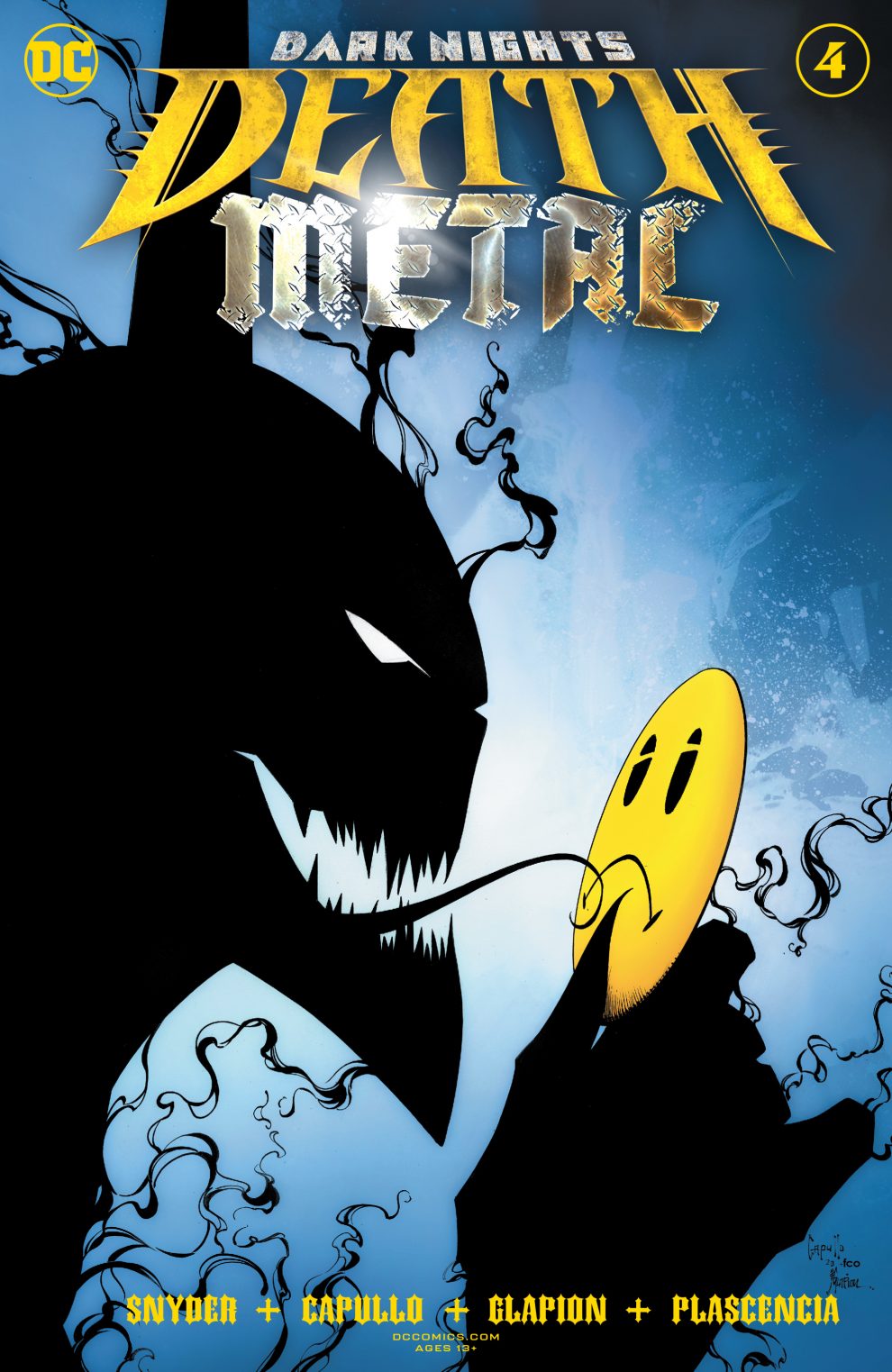 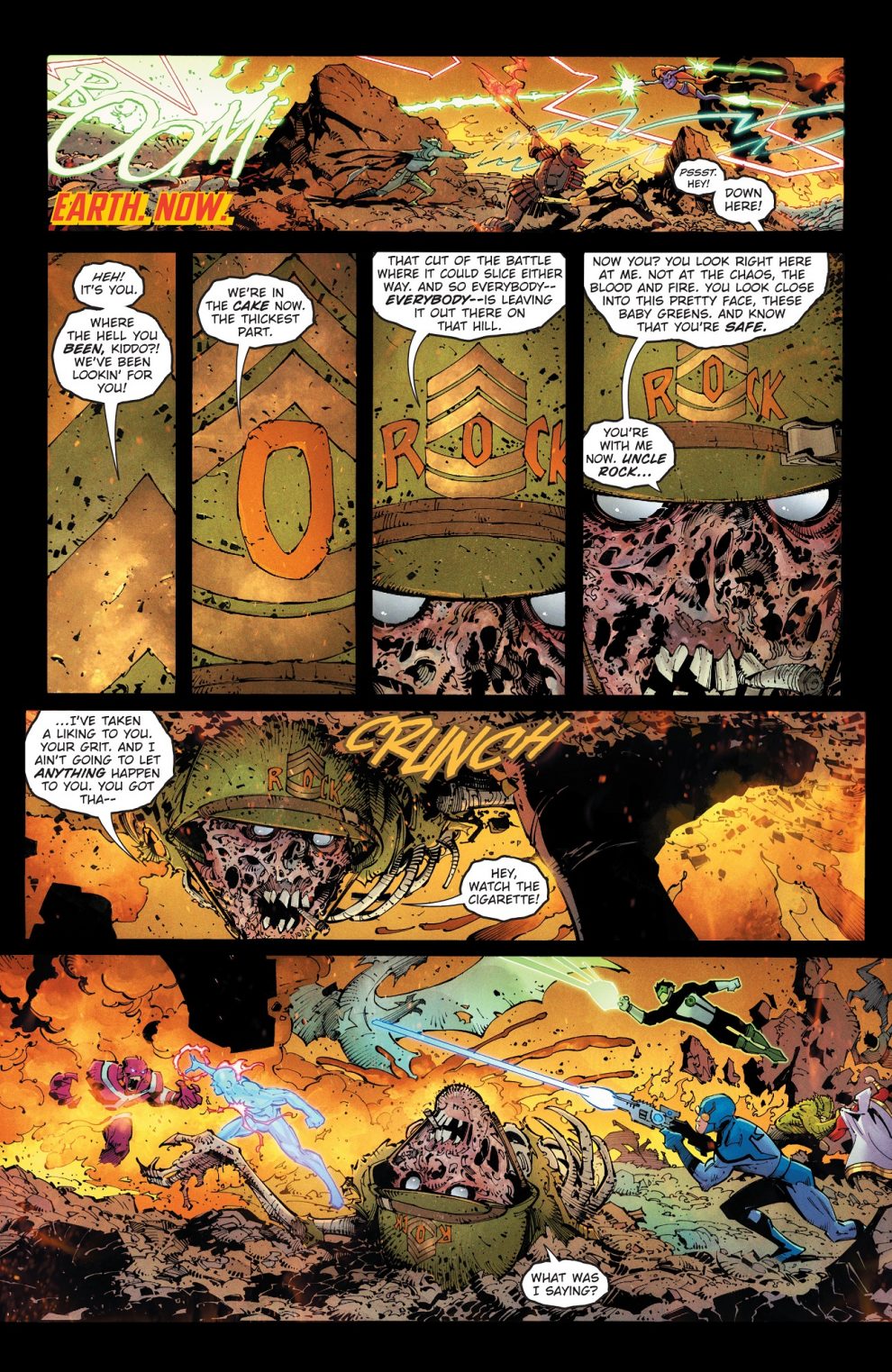 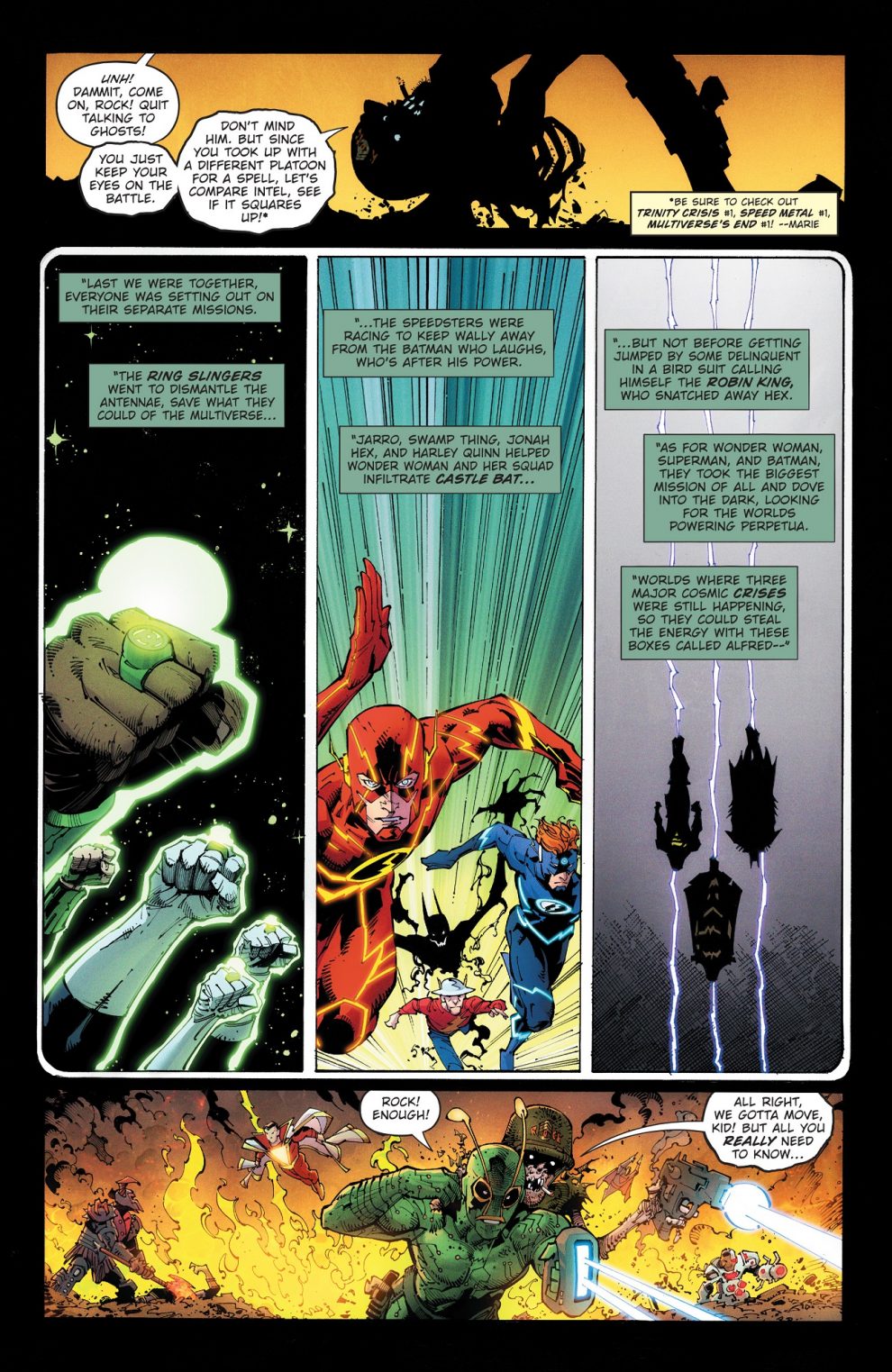 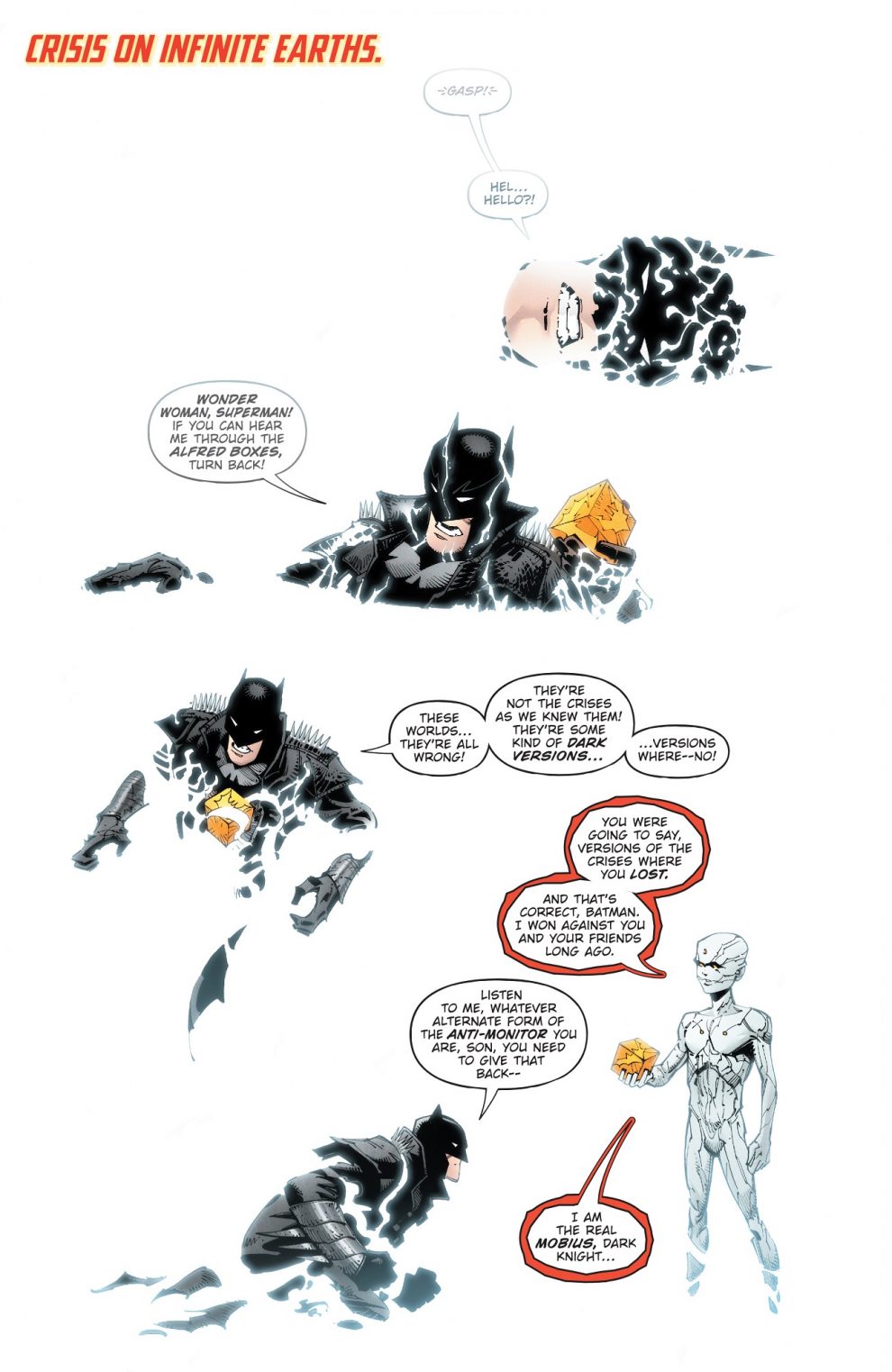 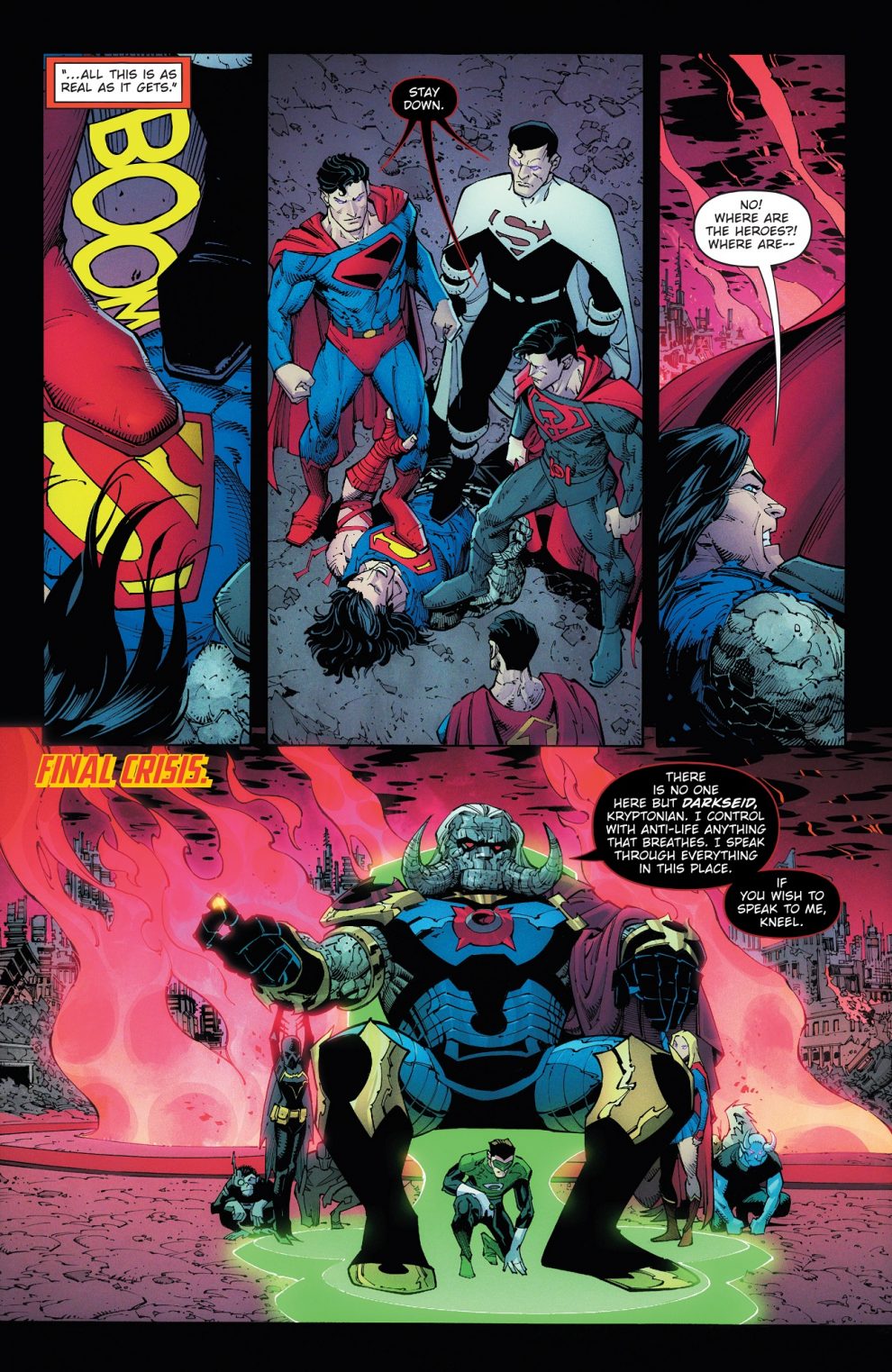