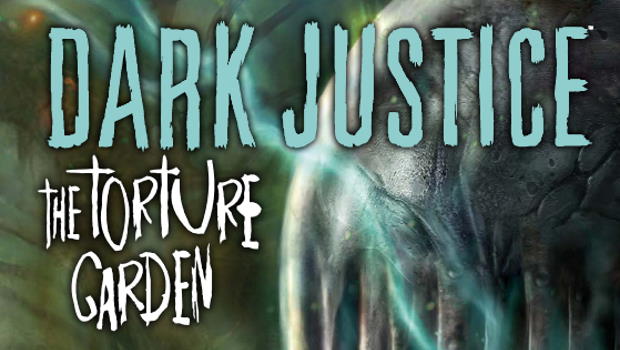 Summary: Dark Judges Death, Fire and Mortis have reduced the population of Dominion to only a handful all whilst creating an army of zombies. Those who remain are running out of hope of surviving.

I haven’t read a lot of the dark Judges stories before (I guess my old library didn’t have any in their collection, not that I found anyway). I have been intrigued by them… then I read this comic and learnt just how horrific they are. Dark Judges Death, Fire and Mortis, have transformed Mega-City colony world Dominion into their own ideal landscape. The population has been slashed to a handful of survivors and the Dark Judges have created a zombie army to do their bidding. Things don’t look good for the few survivors.

There’s some very Dante-esque writing here. What sort of a landscape would creatures whose entire existence seems to be pain and torment create? David Hine certainly seems to have created a believable Dark Judge created world and it is very clear that no one would want to be anywhere near it. Layering on top of that (or below it) the story of someone who is doing their best to survive such horrible conditions and having to go through horrors just to survive adds another layer of oppressive feeling to this story. How do you plead your life to a Dark Judge? What can you use to appeal to a being so bent on death and destruction?

If the words didn’t put you in a nightmarish world the imagery is sure to. There are some elements of Giger, Beksinski and a touch of Bosch all melded into one horrific vision. The airbrushed style simply amplifies that ethereal world of fear, almost as if every image is somehow melting into the next, every image permeated with death and evil incarnate. I would certainly say don’t read this story if you are prone to nightmares as even just flicking through and looking at the art work is certainly going to fuel your imagination in a way you really probably don’t want it fueled.

If you like horror then this is going to be right up your alley. Think Aliens but if the Aliens could tell you exactly the horrific things they plan to do to you and torment you from the moment they find you to the moment they take your last ounce of life. On the flip side, if you are sensitive to horror then give this a miss.

One for those who like their sci-fi dark and like the darkest of dark sides of the Dredd universe!