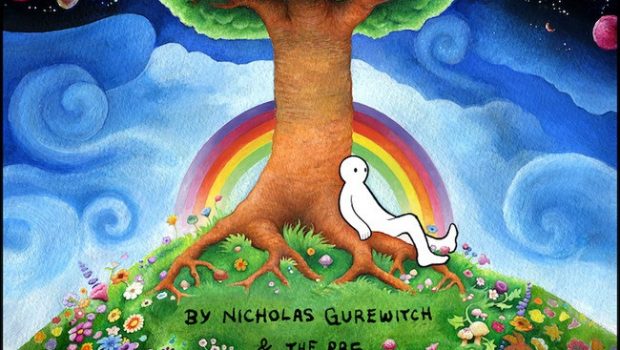 Dark Horse is excited to celebrate the 10th Anniversary of Nicholas Gurewitch’s Ignatz, Harvey, and Eisner Award-winning comic series with a new edition for fans to enjoy. Described by Matt Inman as “the best thing to happen to cartooning since Calvin and Hobbes,” The Perry Bible Fellowship is a keystone in the bridge between newspaper comics and webcomics. 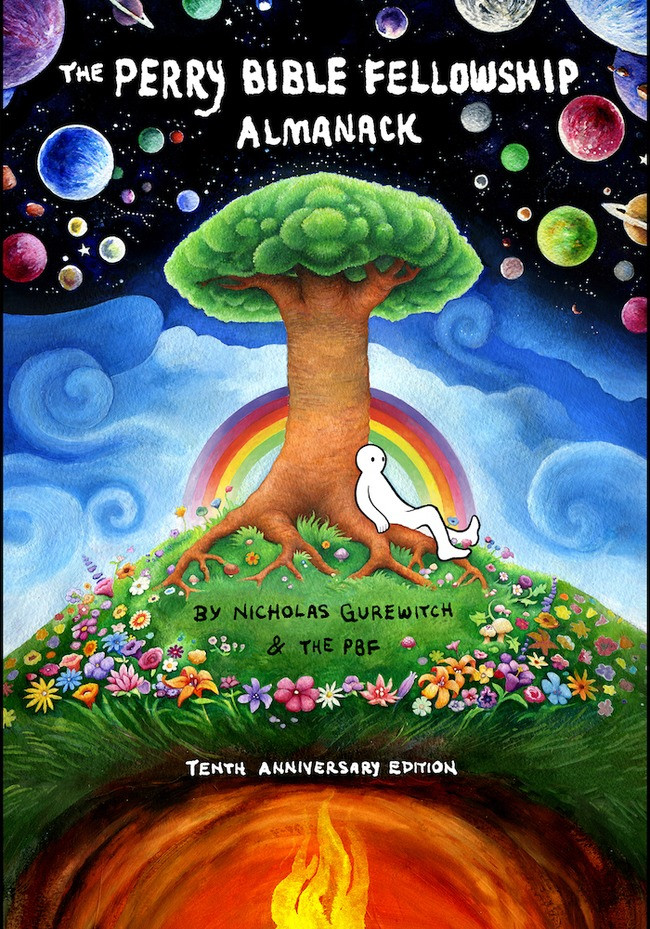 The Perry Bible Fellowship Almanack: 10th Anniversary Edition is a newly formatted 7” x 10”, which features every Perry Bible Fellowship comic strip which ran in alternative newspapers between 2004 and 2007—and simultaneously exploded online during the internet’s golden age! In commemoration of 10 years since its initial printing, this Almanack also contains content that is unavailable anywhere else, including previously undiscovered PBF comics from the era and numerous sketches for comics that never came to be.

The Perry Bible Fellowship Almanack: 10th Anniversary Edition hardcover goes on sale in comic stores on November 6, 2019, and will be available in book stores on November 19, 2019. This new hardcover edition is 256-pages of hilarity and retails for $24.99. Pre-order on Amazon, Barnes & Noble, or at your local comic shop.

Praise for The Perry Bible Fellowship:

“I’m glad The Perry Bible Fellowship has the word “Bible” in its name, because for me, it really is a bible. Of what’s funny.” –Rob Delaney

“Nicholas Gurewitch packs so many ingenious ideas–and so much dark, twisted humor–into three panels, they just about burst. The Perry Bible Fellowship is one of the flat-out funniest comic strips of all time.” – Ruben Bolling (Tom the Dancing Bug)

“The best new cartoonist since Bill Watterson. This is the reason paper was invented. Give him your money now.” – Mark Millar