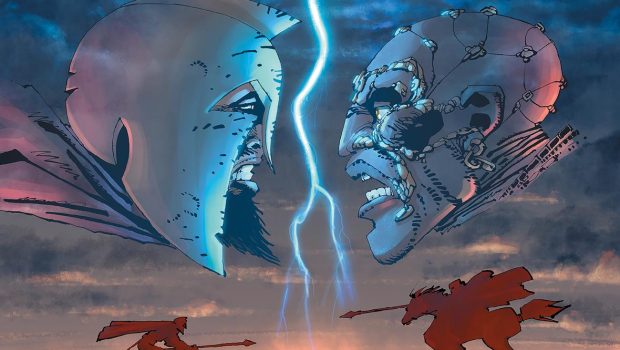 To celebrate the triumphant return of Frank Miller’s seminal work, Dark Horse is excited to reveal gorgeous art from his upcoming comics series Xerxes: The Fall of the House of Darius and the Rise of Alexander. Additionally, as a special “thank you” to fans, Dark Horse is offering attendees the opportunity to meet comics legend Frank Miller at San Diego Comic-Con! On Friday, July 21 from 12:00 to 1:30 p.m., Dark Horse will welcome Miller for a special signing at booth #2615 at the San Diego Convention Center.

The Frank Miller signing is an exclusive wristband-only event. Wristbands will be distributed by a random drawing in the Dark Horse Comics booth on both Thursday and Friday mornings while supplies last. Dark Horse will provide a complimentary 25” x 19” Xerxes: The Fall of the House of Darius and the Rise of Alexander lithograph to all fans that receive a wristband.