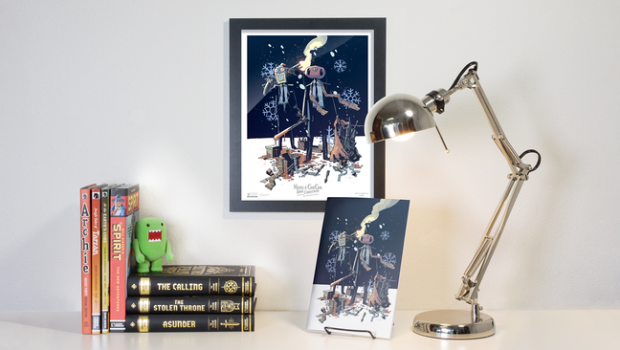 Everyone’s favorite time-traveling assassins are back in the first The Umbrella Academy spin-off comic! Dark Horse Direct is proud to bring on the one and only The Umbrella Academy co-creator, Gabriel Bá, to enliven our exclusive variant comic and a 11×14 giclée fine art print with the spirit of Christmas (and a few broken bones)!

Hazel and Cha Cha–the bizarre assassins who first appear in The Umbrella Academy: Dallas and blew audiences away in the Netflix series–track down a rogue time agent and cross paths with a plot to discredit Christmas! Written by Gerard Way and Scott Allie, with art and colors by Tommy Lee Edwards, this one-shot is a great gift for fans of Gerard Way and Gabriel Bá’s award-winning creation.

The Hazel and Cha Cha Save Christmas: Tales from the Umbrella Academy One-shot Exclusive Variant Bundle retails for $49.99 and is available for purchase now. Only 500, hand-numbered copies are available. Visit direct.darkhorse.com to order your copy today!