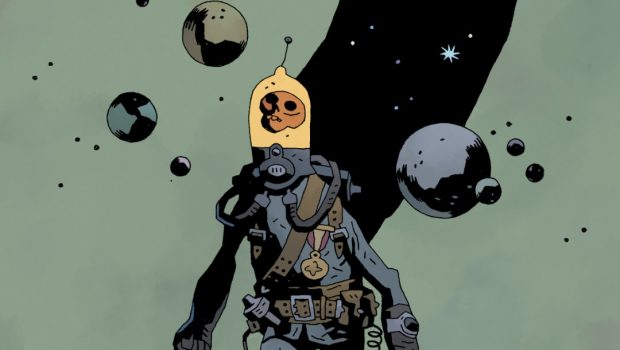 “Radio Spaceman started in very much the way Hellboy did—A fast sketch done just for fun and a funny name that just popped into my head,” said Mignola. “That was during the early days of covid-19, when I was banging out sketches to entertain myself and posting them online. People seemed to like the guy, and I liked him—I did five or six sketches of him, but had no plans to do anything REAL with him. I didn’t have a story for him until, suddenly, one day I did. I wasn’t trying. It just happened. I don’t remember how exactly, but I’m suspecting it was one of those things that came to me in the shower. Most of the best ideas happen there.”

In this two-part story, when a spaceship crashes and lands on a mysterious planet and some of the surviving crew go missing, the mysterious mechanical hero Radio Spaceman is called to investigate. But the planet hides much more than the missing crew, and Radio Spaceman may be stumbling into more than even he can handle.

“Every single panel of Radio Spaceman has been fun to draw, and working with Mike on this has reminded me what a blast comics can be,” said Greg Hinkle. “A machine man with a floating skull. Men with light bulbs sticking out of their heads. Extraterrestrial caves with ancient idols. Towering monsters. Alien bears. Vampires! Any one of these things would’ve made an interesting story. But when Mike Mignola calls and wants to mix them all up, you can’t help but get very, very excited. I can’t wait to help introduce the world to Radio Spaceman.”

“I have loved Greg’s work since I saw the Airboy book he did with James Robinson,” said Mignola.
“I thought he’d be perfect for this, and I was right.” 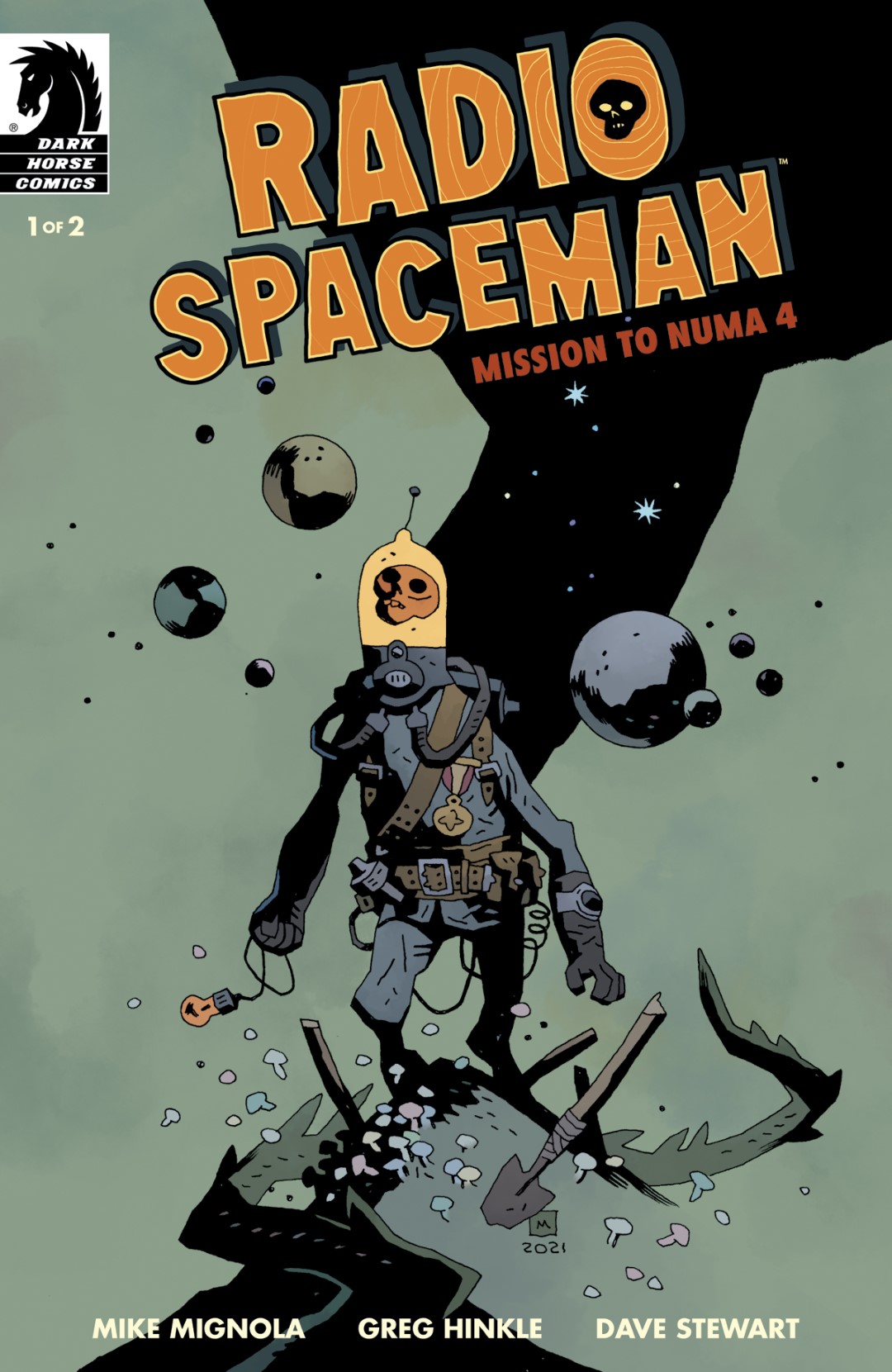