“It’s been my honor to chronicle the bloody road trip that is the Slayer comic series from Dark Horse/Nuclear Blast,” said writer Jon Schnepp. “Using the band’s music and lyrics from their three decades of albums, while crossing over and through the Repentless music videos by BJ McDonnell, I have woven a tale of betrayal, hate, perspective, loyalty, family, and murder that will need to be experienced through the comic books’ pages.”

With its story of a raging road trip down a bloodstained highway, a tale of the doomed and the damned, the Slayer: Repentless series is an expansion of Slayer’s Repentless videos, written and directed by BJ McDonnell (Hatchet III). 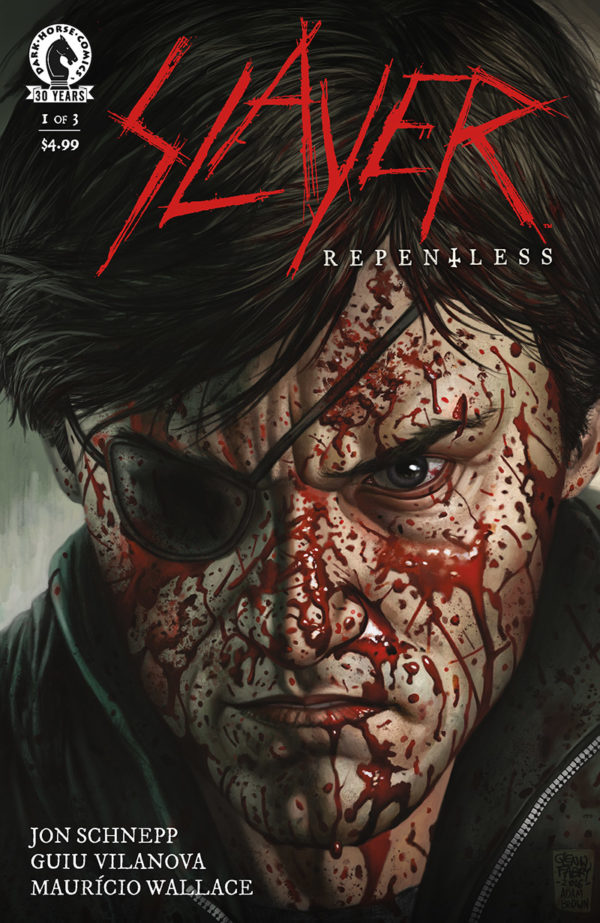