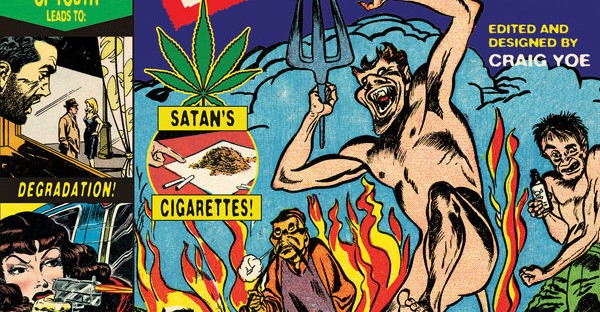 Today we celebrate marijuana with smoke rings puffing and pluming across the nation. Now that eight states have legalized it for recreational use and twenty-eight for medical use, it is especially fun to relive the hysteria surrounding marijuana as a perceived gateway drug from the 1930s to the 1950s and beyond. And now you can do so in the comfort of your home with Reefer Madness from Dark Horse Books.

Like the antidrug propaganda films of that era, these stories range from comically misinformed to soberly concerned about the influence of Mary Jane on the youth of America. Titles like “Teenage Dope Slaves,” “Satan’s Cigarettes,” and “Hopped-Up Killer” make it clear that the gulf in attitudes between today and the days of Reefer Madness could not be wider.

Includes an in-depth introduction discussing the campaigns against pot by the first drug czar, Harry Anslinger, and newspaperman William Randolph Hearst, with lurid covers from many of the comics and magazines of the day. The comics collected in Reefer Madness come from comic book legends like Jerry Siegel and Joe Shuster (Adventure Comics), Frank Frazetta, Jerry Robinson, and Jack Kirby. Eisner and Harvey Award–winning hippie Craig Yoe brings a new collection of wacky, wild, and culturally relevant comics to the mix.

“This is one of the most fun books I’ve ever put together. Some of the writers and artists that created these comics must have been smoking something to concoct these ludicrous and loony tales of youth gone bad!” said Yoe. “The comics will serve up lots of lusty laughs for those who partake of contraband ‘giggle-smoke.’ Others attempting to snuff out the wicked marijuana cigarettes that they are sure unleash unbridled passions will see these comics as moral tales of dire warning!”

While you wait, check out the trailer created by Craig Yoe! 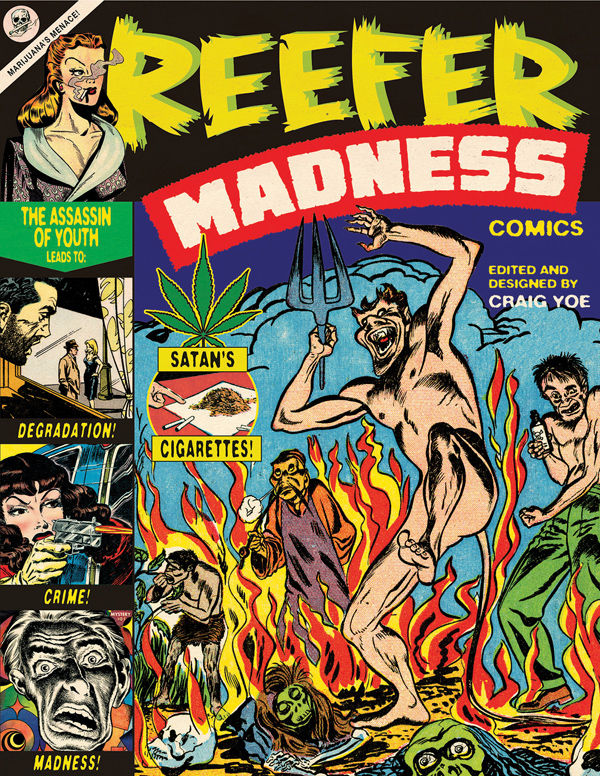