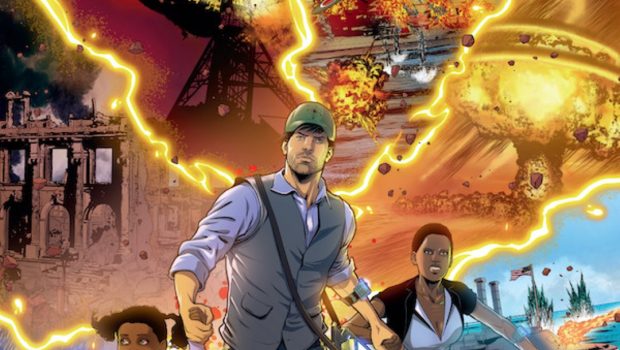 When pieces of history from some of the world’s most historic events start appearing as fragments of time invading our world, all of human existence is threatened. One family discovers that their personal tragedy is at the center of everything, making them the only people who can help put an end to the Fragmentations which threaten humanity. 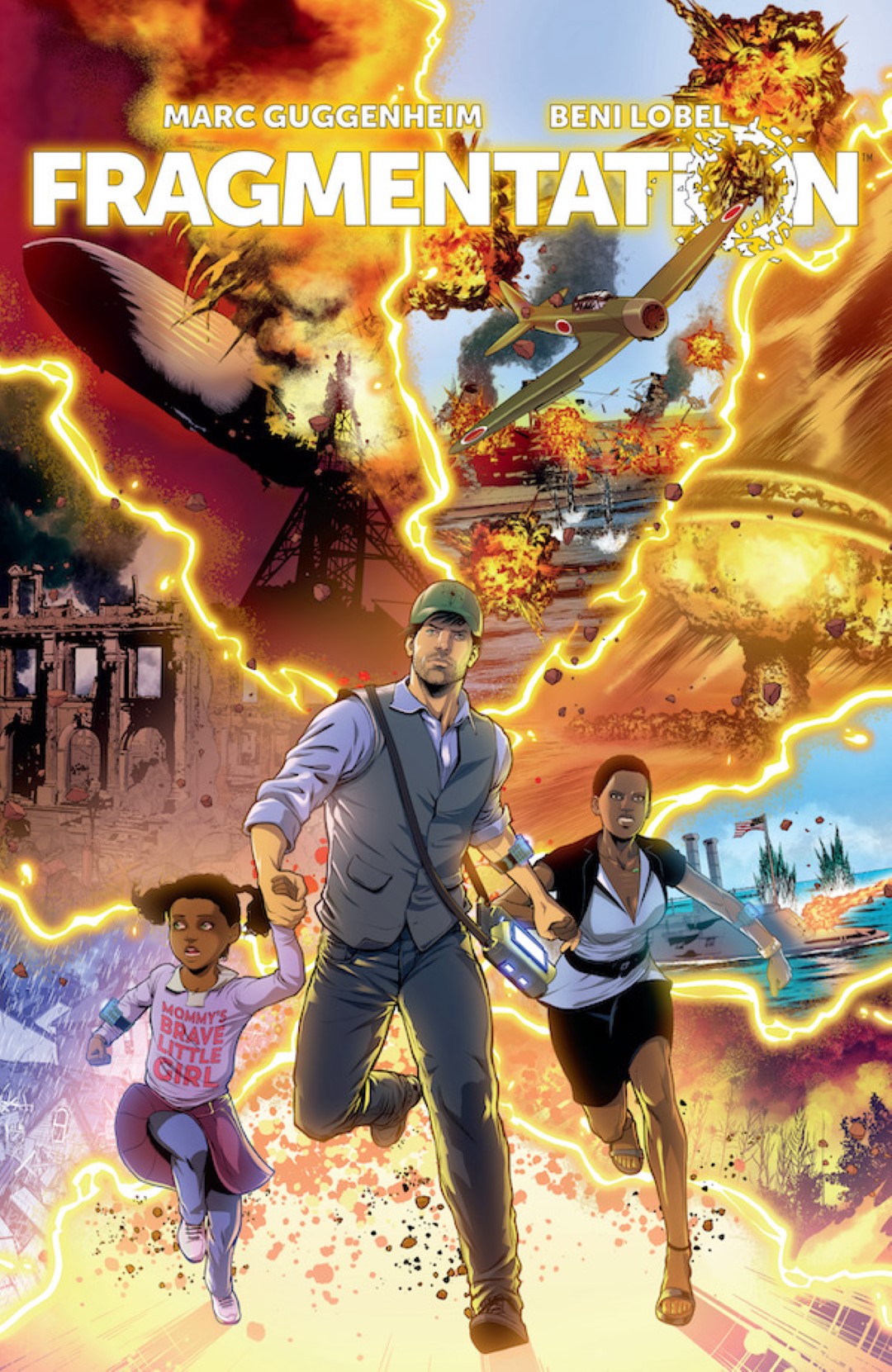 From Guggenheim, “With ‘Fragmentation,’ we’ve tried to create the comic book equivalent of a Christopher Nolan feature film with a simple story of family at its core. Beni Lobe has done the work of his career bringing these amazing visuals to stunning life.”

The Fragmentation hardcover will be available at comic stores November 30, 2022 and in bookstores December 13, 2022. It is available for pre-order on Amazon, Barnes & Noble, and at your local comic shop and bookstore. Fragmentation will retail for $24.99.

Praise for Last Flight Out:

“Last Flight Out contains all the action of a summer blockbuster and a message that is timely without being preachy. Backed by solid artwork, this is one flight you won’t want to miss!”—Kabooooom!

“Guggenheim has managed to pull off some really solid pacing here, cover a lot of territory, and still leave quite a bit of meat on the bone for the finale.” –Comicbook.com

“Guggenheim continues to craft an engaging and entertaining thriller in this series. The interpersonal conflicts continue to be the backbone of the story and their complications are thought provoking.” –Super Powered Fancast