“I’ve wanted for a while now to write a really no-holds-barred action story, and to be able to work on it with ChrisCross (along with Snakebite making it all explode into living color) is a dream come true,” explains writer Alex de Campi. “We’re having so much fun with this book, dropping our characters into impossibly dangerous situations and having them blast their way out again.”

Bankshot tells the story of the man known as Marcus King. To some, this enigmatic billionaire is a modern-day Robin Hood. To others, he’s a terrorist and a deserter. The truth lies somewhere in between. When Marcus is hired by the Russian government to take back an old KGB laboratory in the Ukraine, he comes face to face with a specter from his past who knows all Marcus’ carefully-buried truths. With everything on the line, Marcus needs to become for real the man he has always pretended to be. He also needs to punch a shitload of dudes and blow a lot of stuff up.

“I was in another massive project when Alex approached me with Bankshot. When I read the first script I was hooked,” says artist ChrisCross. “I was always a fan of the anime Spriggan, and in being a part of this project, I realized I could be unleashed on this project just like Ryouji Minagawa did on that manga.  Once the other project evaporated, I wasted no time getting this book ready to go.  Everyone will love Marcus and co. It’ll boom like a lit cigarette in a leaky gas station!” 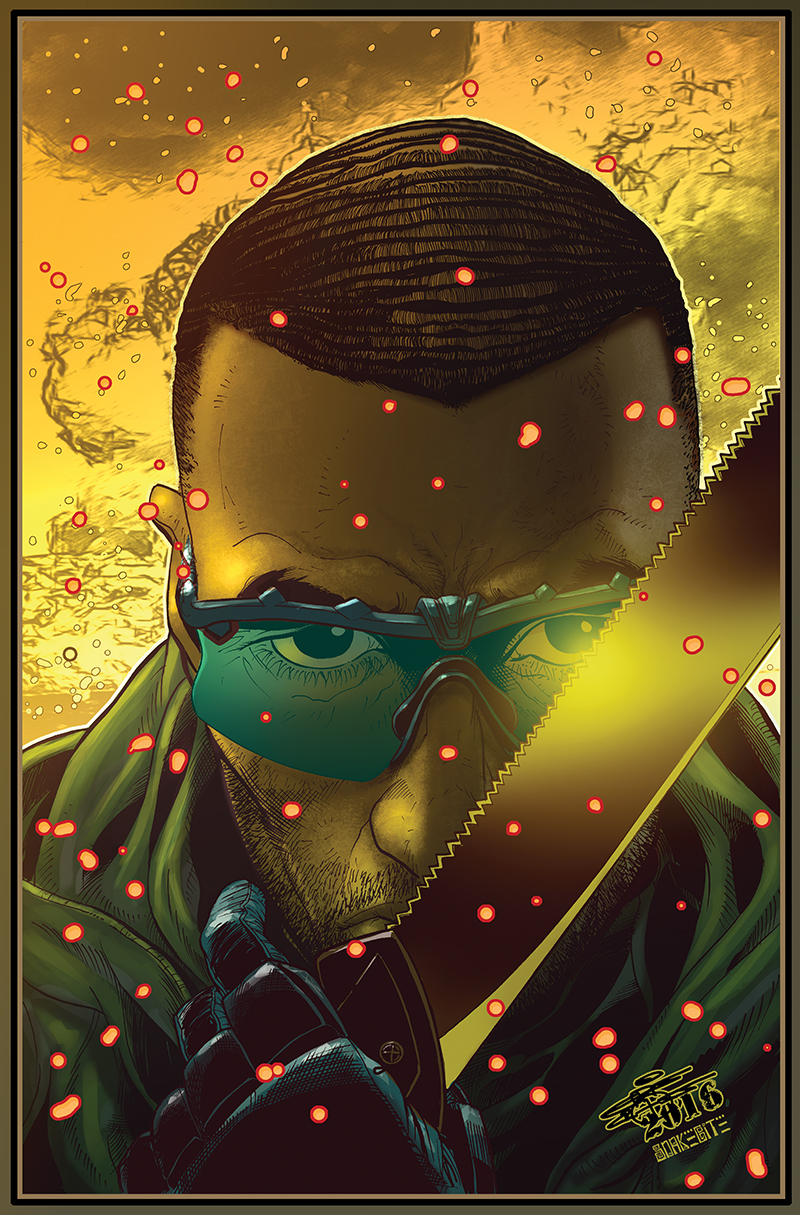