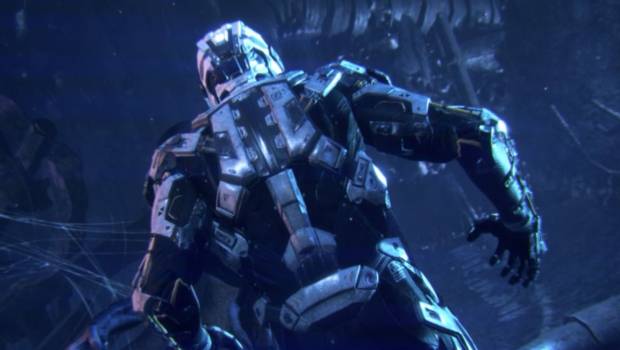 Dare the Most Inhospitable Corners of the Universe in DOLMEN, a Terrifying New Action-RPG Premiering at GDC 2018

NATAL-RN, BRAZIL (MARCH 7, 2018) – Brazil-based independent developer Massive Work Studio is thrilled to announce today that its premier Sci-Fi Third-Person Action-RPG DOLMEN will make its North American debut at GDC 2018 in San Francisco this month! Steeped in Cosmic Horror and set in the mold of the RPG “SoulsBorne” subgenre, DOLMEN will engross players in an otherworldly mystery where they must adapt to survive against harsh elements and nightmarish creatures. 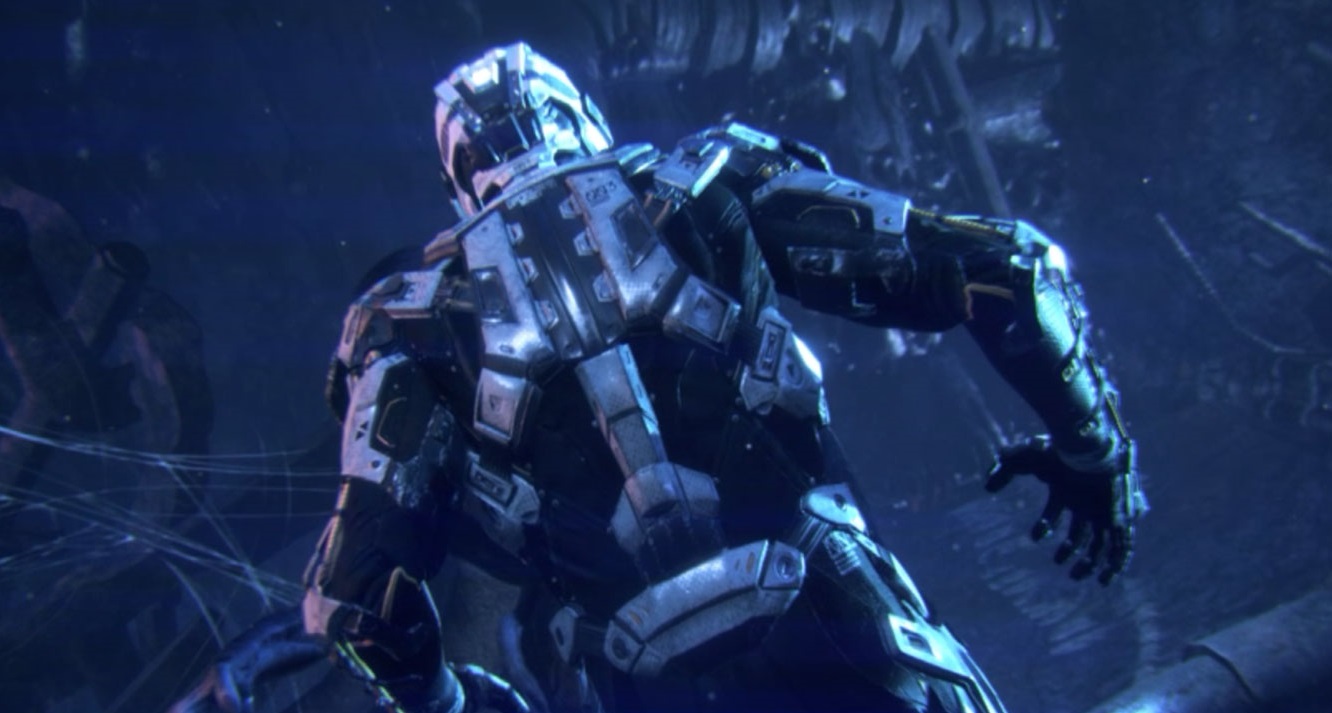 DOLMEN casts players onto a hostile alien world known as Revion Prime, the location of the greatest recorded massacre in galactic history. Little more can be said about the far-off planet since its coordinates were lost to war. As neighbors, it has four gas giants and a nearby star called Nynfield. The corpses of those who lived there long ago orbit the planet — like a mass grave suspended in time. As the sole survivor of a crew of human astronauts, pulled from charted space and abducted into a distant future, you awake below the planet’s surface with no supplies. Being alone on Revion Prime is like having been forgotten by life itself. With no answers as to how you got there, or what happened to your crew, your journey begins in the dark.

The key to survival in DOLMEN is adaptation and exploration. All gear must be harvested from the finite resources available on the planet. Craft armor, weapon upgrades and consumables as you try to survive, and power your space suit with Reactors to gain new attributes. The many kinds of eldritch horrors and abominable beings that populate the planet react dynamically and differently when attacked. By gaining experience, level up your character to fit your playstyle and improve your chances of survival. But don’t forget to stock your base or risk losing it all. Revion Prime is unforgiving; you’ll learn that the hard way. 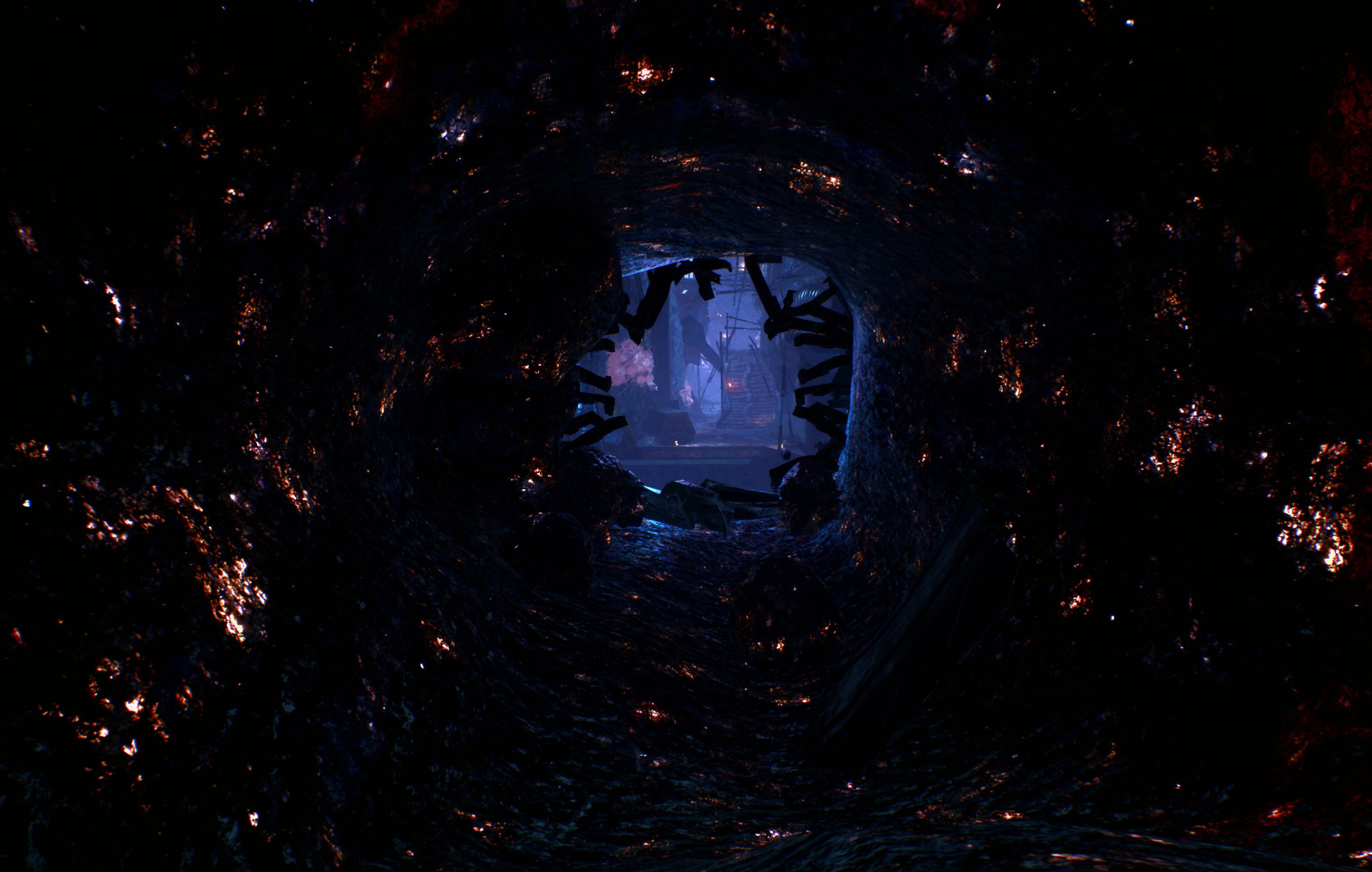 “Since the beginning, our motto has been ‘work, work and work,” said Pedro Bastos, Producer at Massive Work Studio. “We have dedicated over a year of our lives to pour every bit of passion we have into developing DOLMEN to the point where we feel our efforts have been successful. We very much look forward to sharing it with fans of Sci-Fi horror and intense Action-RPGs at GDC!”

Explore a Devastated, Darkly Beautiful Planet: Revion Prime is an alien world, with environments inspired by the work of macabre artists like H.R. Giger and H.P. Lovecraft, that challenges you to unearth its dark history by connecting fragments of the past.

Engage in Fast-Paced Dynamic Combat: Combat is intense and heavily based on timing, mixing melee-based attacks, Over-the-Shoulder (OTS) perspective long-range shooting and the use of defensive maneuvers such as dodging and blocking.

Adapt or Perish; Craft to Survive: Mankind, so we believe, has become a prevalent species due to its ability to endure and adapt to inhospitable environments. Build up your skills and scavenge what little resources are available to create items and customize your equipment. You’re going to need anything you can find to live to see another day.

Massive Work Studio will showcase DOLMEN for the first time in North America during GDC 2018 from March 21 – March 23, 2018, in the GDC Play area at Booth PL4146 (North Hall) in the Moscone Convention Center. Show attendees will get a first glimpse at the tragic history of Revion Prime and experience DOLMEN’s unique gameplay mechanics first-hand. DOLMEN is currently targeting an early 2019 release on Steam, with console versions planned for a later date.