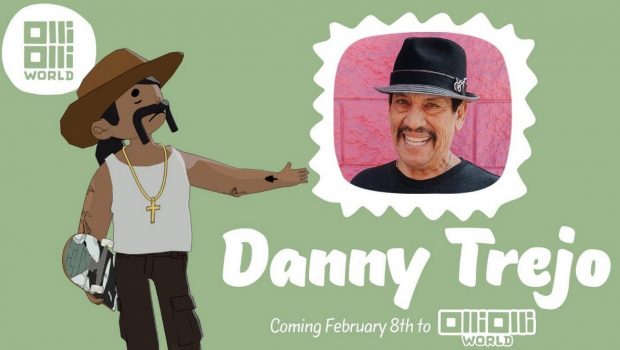 Today, Roll7 and Private Division revealed that celebrity guest and actor Danny Trejo will be making an appearance in OlliOlli World, the upcoming action-platforming skateboard game coming out on February 8. In one of the most visually impressive and life-like digital recreations of Danny Trejo ever, this spectacular celebrity appearance is the actor’s raddest credit yet. Known for his tough screen presence and undeniable charm, Danny is going to fit right in with the creatively unique, weird, and wonderful cast of OlliOlli World.

Players will meet incredible, colourful, and memorable characters, and none are quite as iconic as the legendary Danny Trejo, who is hosting one of OlliOlli World’s must-play side-quests. Can you find him in Radlandia? If you do and by completing Danny’s special sidequest, you can unlock a special cosmetic item to show off on your OlliOlli World character.