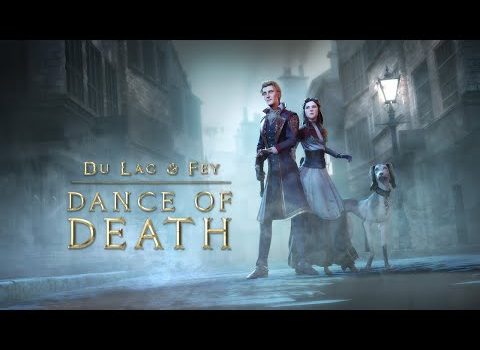 Summary: Sir Lancelot and Morgana Le Fey teaming up with Mary Kelly to try and solve the Jack the Ripper murders and find Merlin in this click adventure.  For anyone who loves history or to solve mysteries – give it a go!

Dance of Death – Du Lac & Fey is a not a 100% point and click adventure but feels more of a narrative game with some point and click features, which puts a bit of a twist on the very real unsolved mystery of Jack the Ripper.  Who wouldn’t want to play a game where Arthurian legend meets the ultimate serial killer mystery of all recorded time?  And without giving away anything of the ending, what a quirky and interesting take on how the legend of Jack the Ripper came to be.

This game is only available online for PC.  It should be noted that the game is clearly aimed at adult audiences only with use of language and certain themes including prostitution – there are certainly no holds barred here although it was done in the style believed to have genuinely existed 130 years ago. 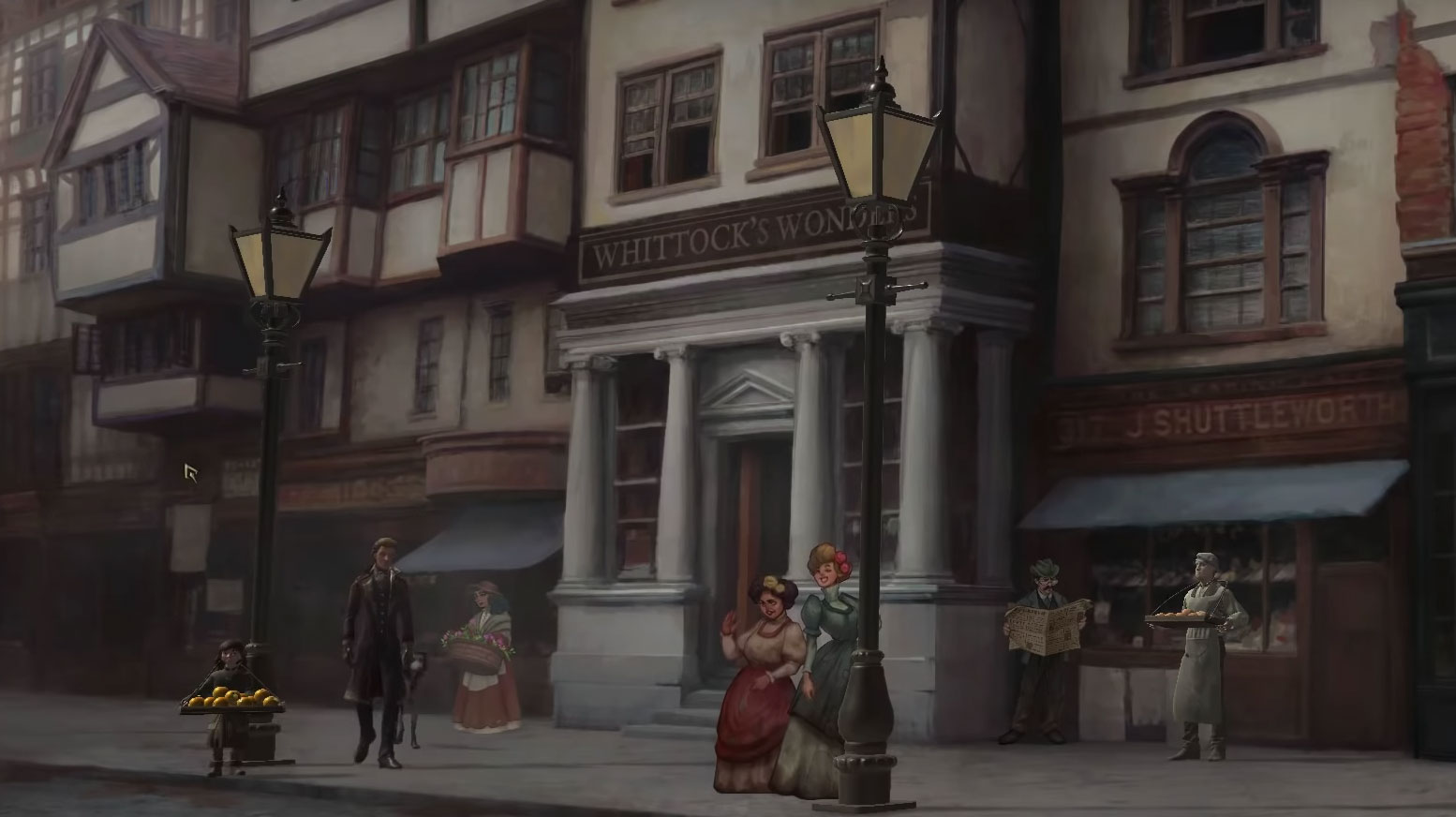 The game is the first release for Salix Games so for a first attempt, the graphics are a little lacking and clunky with a few glitches appearing throughout the video scenes and gameplay, such as main characters not moving their mouths whilst talking during some cutscenes.  That being said, the backdrop was simplistic but wonderfully done with 3D characters to interact with on a 2D backdrop which would have also influenced improved gameplay speed on any PC.  However, this effect was obvious when interacting in busy scenes – the NPC’s are clearly statuesque and insubstantial compared to the active 3D characters needing to be investigated.  This was one of the few annoyances experienced during gameplay.

The scenes are also appropriately coloured to enhance mood-setting – light at times but also very dark when needed (as you would expect with an unsolved serial killer mystery!).  You can tell there has been thought put into the details in the various scenes that you play through including the pub, apothecary, and docks, among others.  The cast employed to provide voices to the gameplay was quite impressive with a few big names enlisted, including Gareth David-Lloyd (Du Lac) from Torchwood, Perdita Weeks (Morgana Le Fey) of Ready Player One and Tudors, and Alexandra Roach (Mary Kelly) from Utopia and Black Mirror.  This game was clearly made with a lot of love and care put into it and I have high hopes from this creating team in future games (and hopefully sequels). 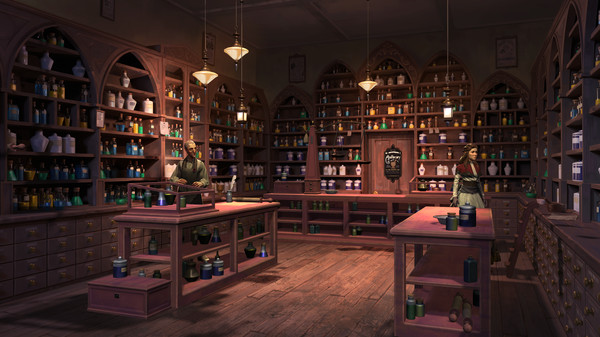 “How is this game any different from other Jack the Ripper games?”, I hear you ask.  Set in London in 1888, you play as Sir Lancelot Du Lac and Morgana Le Fey (in graceful canine form) and navigate your way through Whitechapel to find clues to solve the murders whilst using the relevant skills from each character, as well as attempting to locate Merlin to break the canine curse on Fey – just a little different from the norm.  Along the way, they happen across Mary Kelly (yes, one of the real-life victims from Whitechapel) and you get to also play as Mary who is important to Du Lac and Fey as she has her own magical abilities which are awakening.  This really allows the player to immerse themselves into that class of society in the late 1800’s – Salix Games holds nothing back – and Mary Kelly is the star character.  She is portrayed as a fiery but caring prostitute-come-psychic detective who knows the district and is attempting to protect all that she can.  She also flagrantly demonstrates the brilliance that Salix Games have put into the dialogue of this game as Mary Kelly is so stark and blunt in her comments and reactions compared to Du Lac and Fey with more medieval speech and upper-class attitudes shining through. 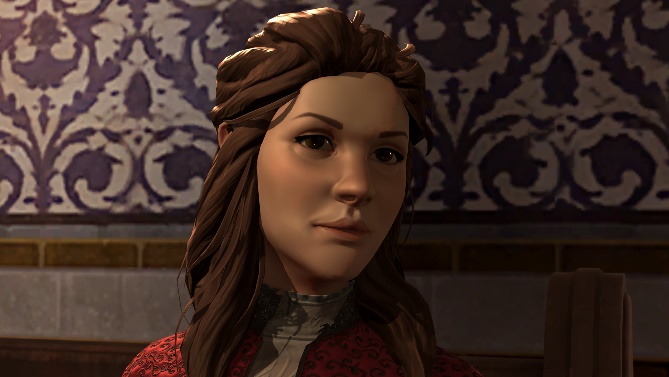 While the storyline is captivating, the actual gameplay is slow and becomes quite repetitive the further through the game you get.  This is especially evident when required to walk a great distance, with even the ‘run’ mode being slow.  The game play is also slowed down when you need to lead you character around an obstacle in your path, i.e. the character pathfinding algorithm is not very well refined.

The storyline and gameplay are exceeding easy to grasp with little instruction required (or provided).  The lack of instruction was a draw back in a couple of segments such as the potion-making puzzle.  There is little to explain the different chemical properties of the potential ingredients, so the player is left to work out themselves what to add and how to add it by trial and error.  The potion making was a missed opportunity and executed properly could have really added to the game play.  The only real clue is the solution turns purple when the correct ingredients and formula are used.

Exploration of the world was limited to only a couple of scenes unless the game whisked you away to areas that were only needed as a once off, so it was very simplistic and easy to navigate.  I did find however, that this discouraged deviating from the main storyline which was a little disappointing – I really wanted to explore more of the world that Salix Games have created.  Features within the various game menus, such as the journal, lead the player to believe that there should be minor side quests or other opportunities to explore, however they do not exist at this stage.  This leads the game with an unfinished quality and it may have been better to leave these features out.  An example of this is at one stage an interaction with a beggar appeared to have a mini side quest to locate an item, however this did not show up in the journal. 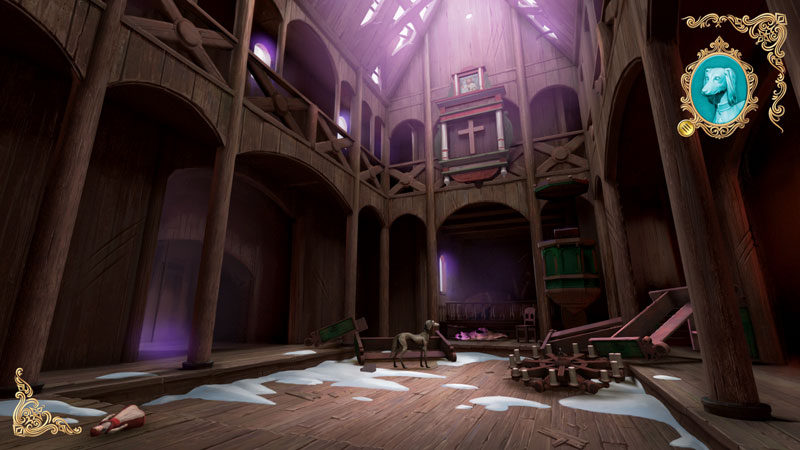 That all being said, what a wonderful first release from Salix Games.  It may not have been overly hard to play, perhaps missing a few more side missions or puzzles and need refining of a few technical issues but it was a joy to play especially with the intriguing twist to finish the game.  For any fans of historical games or point and click adventures, I’m sure you will enjoy this game as much as I did and I genuinely look forward to what they will release in the future.