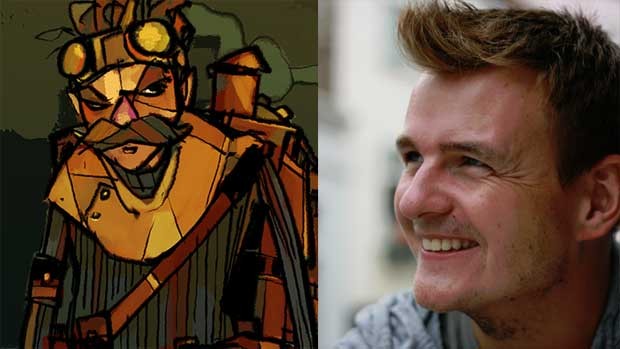 Welcome to Impulse Gamer Dan! So first and foremost, what drew you to gaming?

Oh, man. I’ve been playing games as a kid since my BBC Micro days.

Growing up Dan, what were top three games and what gravitated you towards them?

The original Sonic the Hedgehog. It’s a perfect, joyful masterclass in game design. I’d also put Syndicate on that list, it was just this hugely thrilling experience, I pored over every part of every map for years. It’s beautiful and thrilling.

I think Half-Life 2 is my other go-to game for inspiration, but I think I was done growing up when that came out, so it’ll probably be something oh no wait it’s Chuckie Egg. Definitely Chuckie Egg that game is amazing. 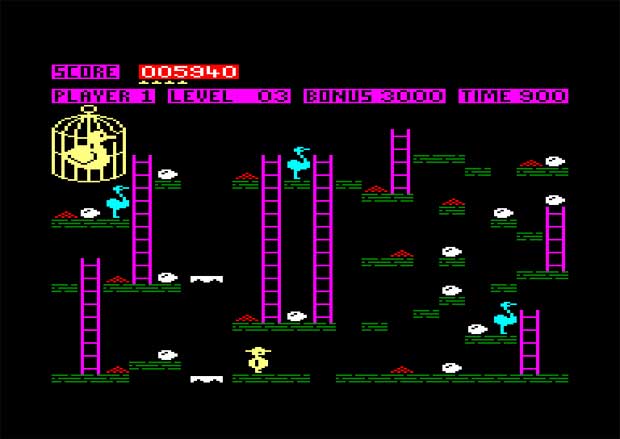 What’s been your favourite game of 2015 and what are you most looking forward to for the rest of the year?

I’m really enjoying Arkham Knight. I expect it’s popular enough now that everyone’s hating on it for not being Arkham Asylum, but I’m pleased the games moved on and shifted things about. Who wants to play the same thing over and over?

For the rest of the year, my main thing is XCOM2. I’d never played XCOM and picked up the remake on a whim and its turned out to be arguably my favourite game of all time, it’s beautiful and perfect. I’m also looking forward to No Man’s Sky because obviously.

Tell us how you became involved in creating video games?

It was my hobby. I did it as a kid on things like Klik n Play and The Games Factory, and then eventually taught myself how to code. I plugged away at it for years, teaching myself programming and design, and wound up with enough experience and skill that I could jump ship from my Day Job and become a full-time indie developer.

What’s been your biggest challenge?

Money is always the biggest challenge. It’s making a game the right size and scale with what you’ve got, and not going overboard. For indies, I think money is the greatest weapon, because not having it breeds innovation and clever thinking. But it’s also this constant worry at the back of your mind. 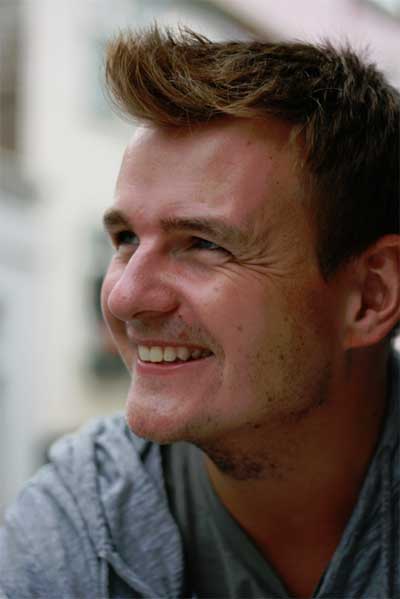 Oh, it’s just amazing when people get in touch to tell you how much they enjoy your game. So much of the post-launch stuff is hurriedly fixing up any bugs that slipped through, or being polite to people who are back-seat designing your game (“It would be better if…”) so it’s just amazing when someone takes some time out of their day to write you an email and tell you how much they enjoyed what you did. No feeling like it :)

How did you come up with the name Size Five Games?

Hah, the company was originally Zombie Cow Studios, but I HATED that name. It was awful to say out loud, it just irked me. It’s the sort of name a teenager would come up with to be gritty. I don’t know where Size Five came from really, but it just sort of had a ring to it and it was nonsense enough to not really mean anything and tie me down. I’m still so, so pleased I changed the name. 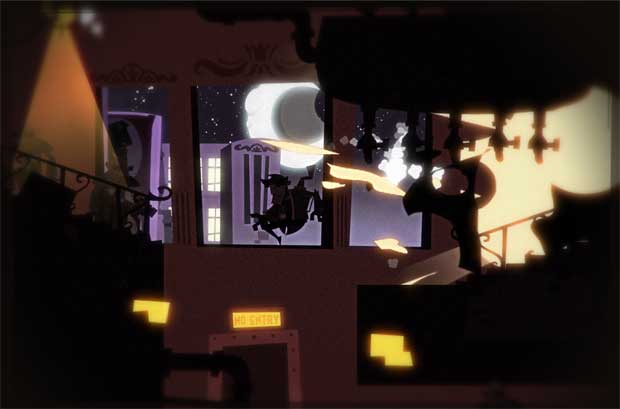 THE SWINDLE… we’ve heard it’s a cross between a heist and steampunk game… how would you describe this game to our readers?

It’s a procedurally-generated burglary simulator, set in a steampunk /cyberpunk Victorian London. You need to break into buildings, steal their cash and run away again before the police show up.

What inspired you to create The Swindle?

It’s actually based on an old game I was making as a kid, in my Klik & Play days. It was a gritty cyberpunk thing back then, but the 2D break-into-buildings thing was there. After I’d finished Privates and there was this wonderful clean slate, I was picking at that idea and shifted it to Steampunk. That where the whole thing came from.

Tell us a little about the gameplay behind The Swindle?

Some people will hate it. It’s harsh but fair. One hit will kill you, one glimpse from a guard will bring in the cops. But the joy of that is there’s just so much tension. you need to pull off heists and get these big scores to counter all the times you’ve fluffed it up. It’s this big vicious cycle and I love it.

Are there any secrets in the gameplay that our readers should know about?

Oh there are LOADS of little gameplay tricks, but I’m letting people discover those for themselves ;) 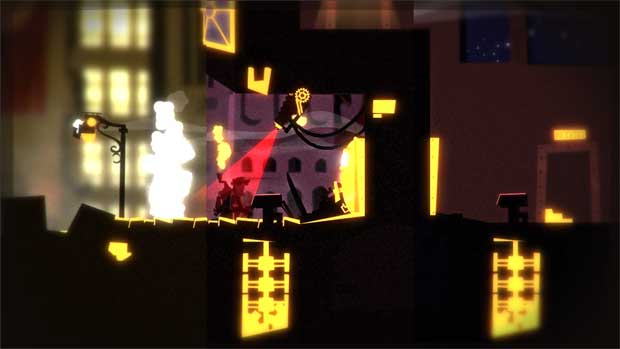 Where can we find out more about The Swindle?

There’s a page full of info here: http://www.sizefivegames.com/games/theswindle/ and the Steam page is http://store.steampowered.com/app/369110

So besides game creation Dan, what does the rest of 2015 look like?

Sleeping, mainly. I’m going to look into expanding The Swindle, we’ll see what people want from it and how much I can afford to do that. All the while idly thinking through how to start putting the next thing together.

If you could remake one game from your childhood what would it?

Syndicate needs a proper remake. I’d also LOVE to make a proper Sonic game that understands Sonic was about *momentum* and not *speed*. With today’s physics, it could be amazing. 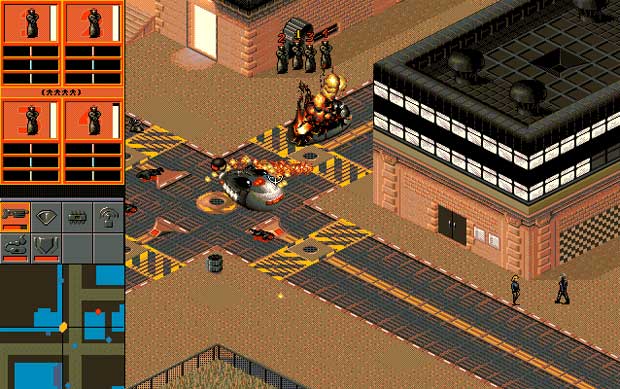 Lastly Dan, if someone is interested in being a video game developer, what advice would you give them?

Grab a coding primer book, and read it cover to cover. Grab a copy of Unity, and start tinkering about :)

Thanks again Dan and all the best for The Swindle!

Pleasure, and thank you! 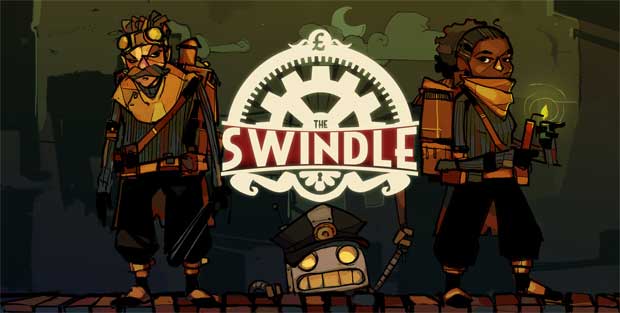