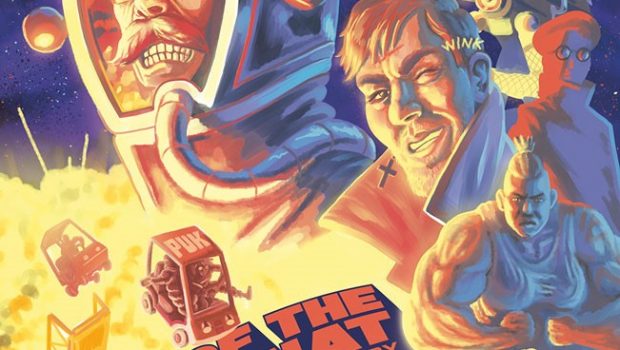 “This book was a real labor of love for Damon and me—we wrote the first story WAY back in 2015 over a rowdy weekend. Then, after much hemming and hawing, we decided to draw it together, between the two of us, in 2017,” said Roy. “Once the first piece of the puzzle was complete, we would meet up each year for weekend-long benders and write/thumbnail a few stories at a time. A process that was bad for the liver and lungs, but magic on the page.”

Gentry added: “Grip of the Kombinat is a love letter to the big beautiful wide world of science fiction. We dug deep on all our favorite genre fiction, ripped out their guts and wet-slapped them together to create a terrifying Frankenstein (the doctor, not the monster).”

Grip of the Kombinat is best described as an unholy lovechild of Verhoeven and Asimov and a must-read for science fiction fans.

Grip of the Kombinat (ISBN: 978-1-5343-2301-8, Diamond Code FEB220087) will be available on Wednesday, June 8 and in bookstores on Tuesday, June 14. It can be pre-ordered at your local comic book shop or independent bookstore or via Amazon, Barnes & Noble, Books-a-Million, and Indigo.

Grip of the Kombinat will also be available for purchase across many digital platforms, including Amazon Kindle, Apple Books, and Google Play. 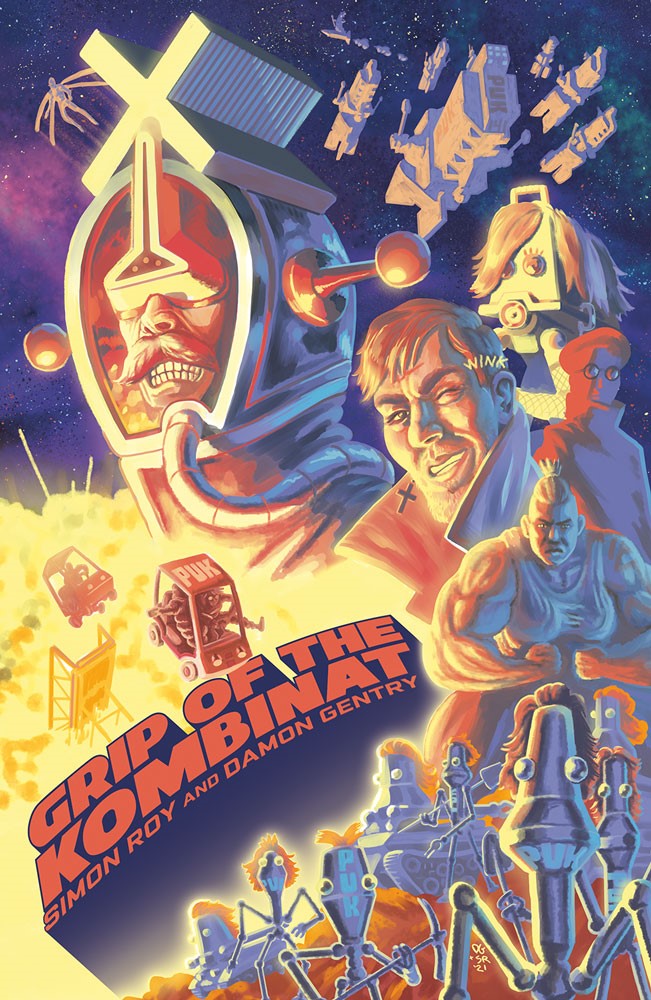