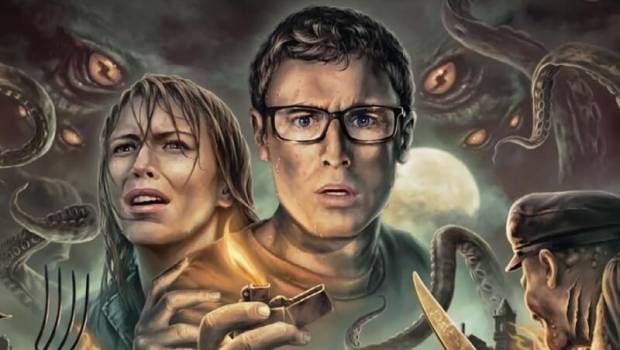 The elder gods rise for Stuart Gordon’s last Lovecraft feature adaptation. But they’re haggard, tired, and a little impotent. Don’t get me wrong, I love Stuart Gordon and his films. Gordon’s films are some of the best weird horror/ Lovecraftian adaptations you’ll come across. But Dagon is a weak entry into the Yuzna/ Gordon canon and Umbrella’s release is a sloppy entry compared to their previous two Beyond Genres volumes ( Reanimator and Bride of Re-Animator/ Beyond Re-Animator). If you’re horror mad or a Lovecraft fanatic, you’ll want this beautifully packaged Blu-ray on your shelf but it won’t take repeated viewings. 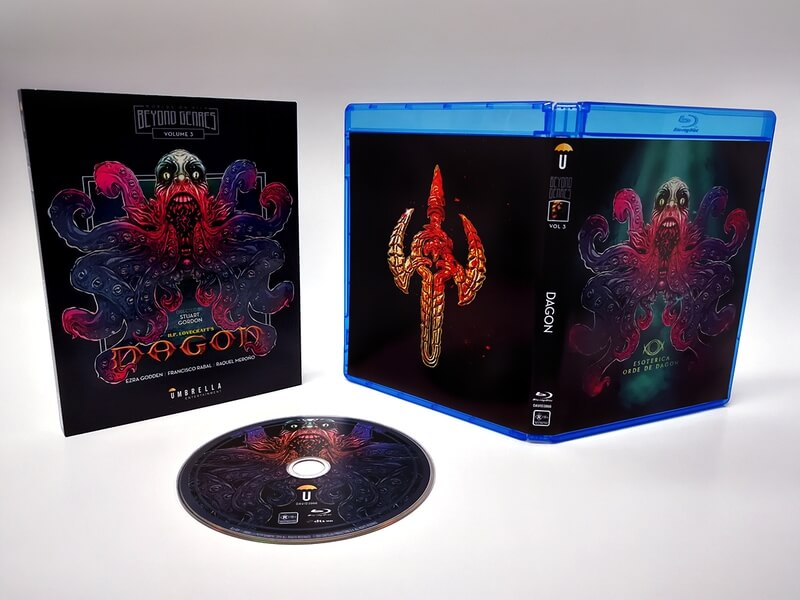 A rough adaptation of both Dagon and The Shadow over Innsmouth, Dagon tells the story of Paul and his girlfriend Barbara as they try and survive a boat wreck off the Spanish coast. Paul and his fiance have been sailing the Atlantic and celebrating his successes as a stock trading guru. They are near the town of Imboca, when a storm rises and smashes the ship on the rock. Paul and Barbara make it to shore and are helped by the local priest and his creepy parishioners. Things aren’t what they seem, as campy cultists, mermen, and unnecessary gory violence collide inchoately. 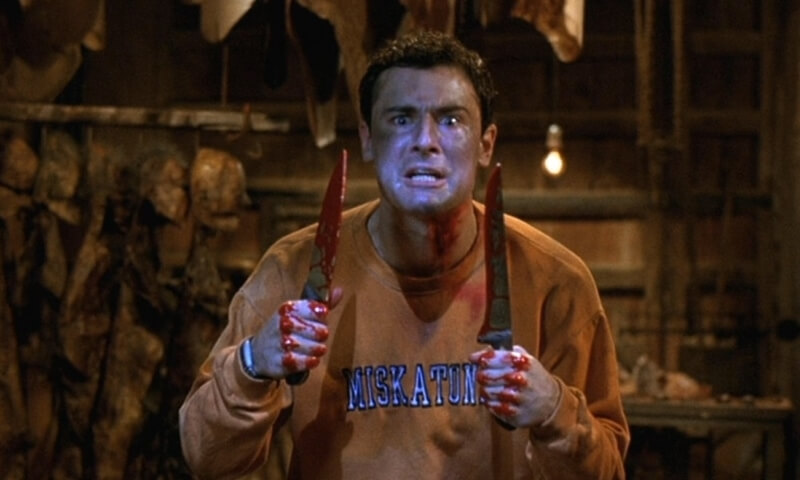 Dagon was the last pairing of Stuart Gordon and Brian Yuzna as a production team. Produced under the Fantastic Factory label, this feature was shot in Spain on the Atlantic coast and was a largely Spanish production. The production values are not great, and the special effects are below par. It’s unclear what the relationship was like between Gordon and Yuzna at this point, but Yuzna only has a “Creative Producer” credit. Fantastic Factory was the label Yuzne moved to Spain to set up in the hope that he could produce reasonable quality B-Grade genre fare to sell to the Euro market. In the end, they produced 9 low-budget horror films (4 directed by Yuzna and one by Gordon with two becoming cult festival hits – this and Faust: Love of the Damned.)

I remember when I first watched this on VHS many years ago and had fond memories of it. If only I had left it that way. Much like opening the ancient tome in the Miskatonic archives and chanting the forgotten tongues can only lead to madness and despair, rewatching this relic of the early 2000s will corrupt your fond memories. 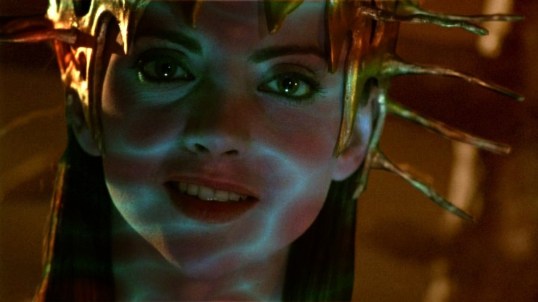 The first failing of Dagon is the script. The narratives has more holes than Iberian fish-netting and more twists and turns than a stage of the Veulta Espana. In the absence of a rational script, characters make ridiculous decisions that leave them bereft of pathos, motivation, or audience sympathy. I was cheering for the locals of Imboca before the end of the first act. The acting, while not great isn’t terrible. Ezra Godden is campy and naive as Paul; Raquel Meroño is the doomed heroine; Francisco Rabal (whom the film is dedicated to) plays the local hero against Ferran Lohaz’s creepy evil priest. Unfortunately, the script leaves the action feeling laughable. And while it’s clear that the Spanish cast are doing their best with the material, they neither really feel it or understand it. 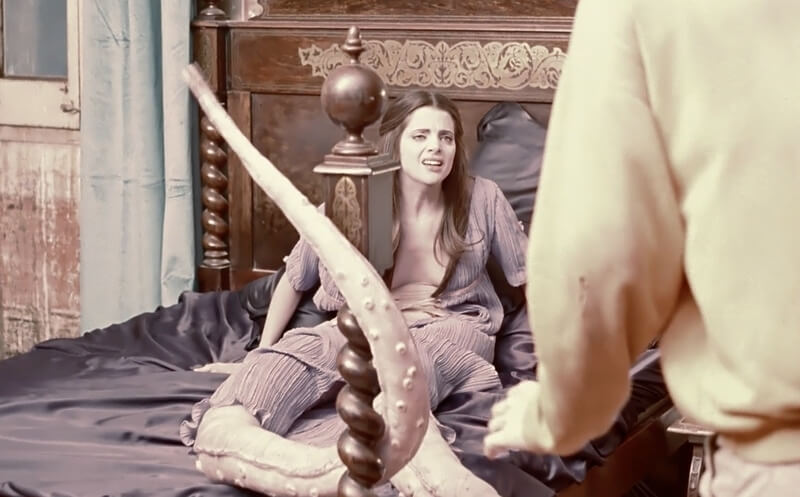 The direction is okay. Gordon is a very adept director with an eye for developing tension and then fear. Here, he misses his marks. The timing is off. The narrative is mostly convoluted with overly clunky and extraordinarily expositional dialogue. The special effects are pretty naff and, so, there’s only so many shambling blokes in half-arsed merman makeup you can watch before you will to believe is trampled by apathy for your prayers to the elder gods and disappointment. Macarena Gomez’s make-up is great in several scenes, but in others, she looks like a cheap knock- off from Frank Oz’s cupboard of muppet rejects – all rubber and wires. There is one moment of extreme gore, but it makes little narrative sense and is a little unnecessary. Gordon justifies it in one of the interviews, but the explanation he provides doesn’t get any narrative exposition in the actual film. 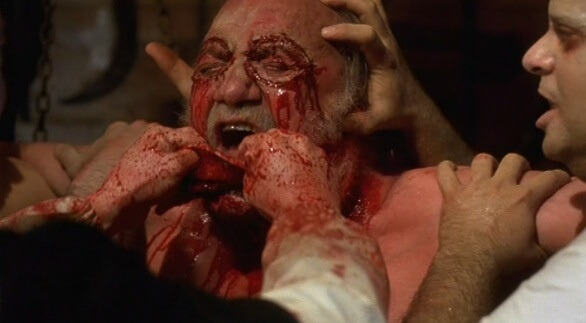 The Blu-ray release is a swing and a miss compared to Beyond Genres vols. 1 & 2. The cover is swanky and glossy full-cover with some great artwork by Simon Sherry. The DVD has some reasonable features on it: interviews with Gordon, the Cast, and the original trailers. Unfortunately, the interviews drag and have no editing on them what so ever. For a rerelease that’s part of a series, they could have worked on the behind the scenes a little. Rubbing salt into the room is the quality of the Blu-ray release. The TV spots are plain and not very exciting. 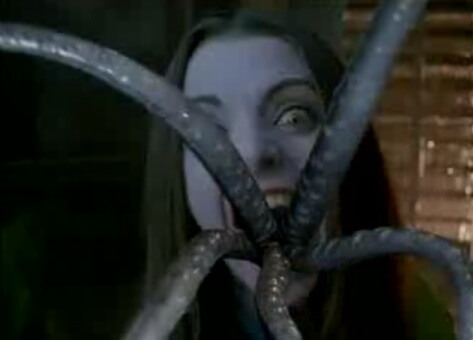 The real frustration and disappointment of this release lies in the subtitling. This is a Spanish American co-production and, so, a good portion of the film is in Spanish. This matches the setting and the language skills of the majority of the cast. Unfortunately, the subs aren’t hardcoded and the sub track for English transcribes both the Spanish translation and the English. You are left with a choice, full subs or miss half the dialogue. If you have basic Spanish you can follow the plot, but if not you may as well be at cocktail night with Azathoth, Cthulhu, Dagon and the rest of the gang while they speak ancient Aramaic or some other comsic lingo and your left to ponder whether they’re discussing the canapes or consuming your sanity.