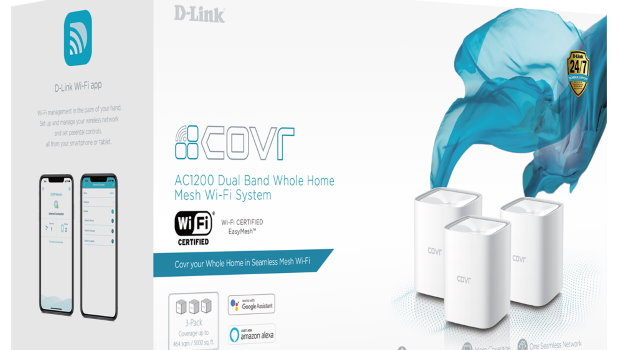 Summary: Easy to set up, strong performance and expandable, what more could you want?

Not only does the D-Link Covr offer Mesh Wi-Fi, it also offers to do so in a more aesthetically pleasing package than what we are used to. But let’s rewind a little here. The package arrived and looked nice and well presented. Opening the box revealed three units all nice and snuggly secured within, in fact it took a little bit of effort to free them from their travel packaging. Upon removing the units I found the instructions which ultimately advised downloading the companion app for your smartphone of choice (you can also install via web browser… but I was keen to try the app). The packaging also includes a QR code which you scan during the installation and then simply follow the prompts. 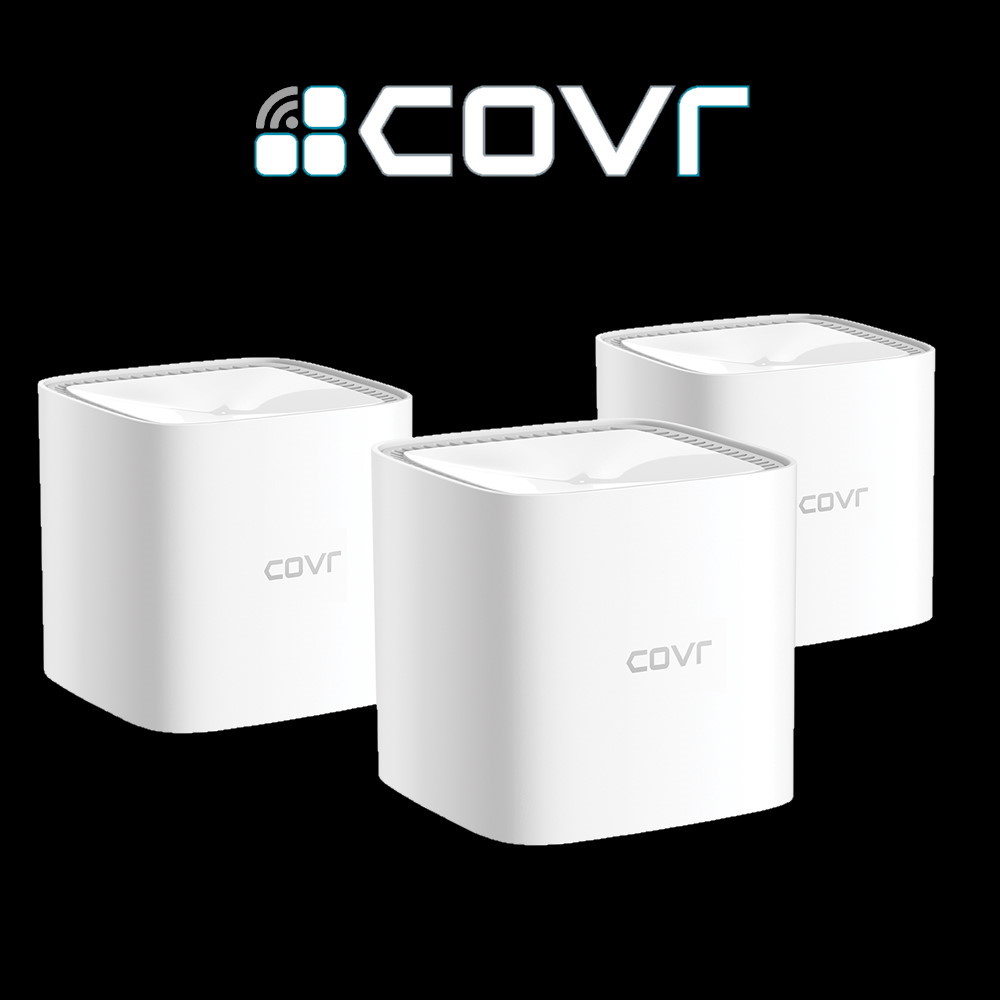 I had a few stumbles during my set up but it was purely because I’d muddled inputting my passwords… once I got that sorted it was simple to get things going. The actual units themselves are, as mentioned, quite “trendy” looking. They would pass quite easily as “modern art” or at the very least not look out of place next to a Google Home or Alexa set up or similar. Each unit has a light on top that indicates whether it is connected so it’s quick and easy to see if things are working properly or if they need investigating. The app is quick and easy to use too so for those who aren’t too comfortable setting up a home network, it has been made about as easy as possible. 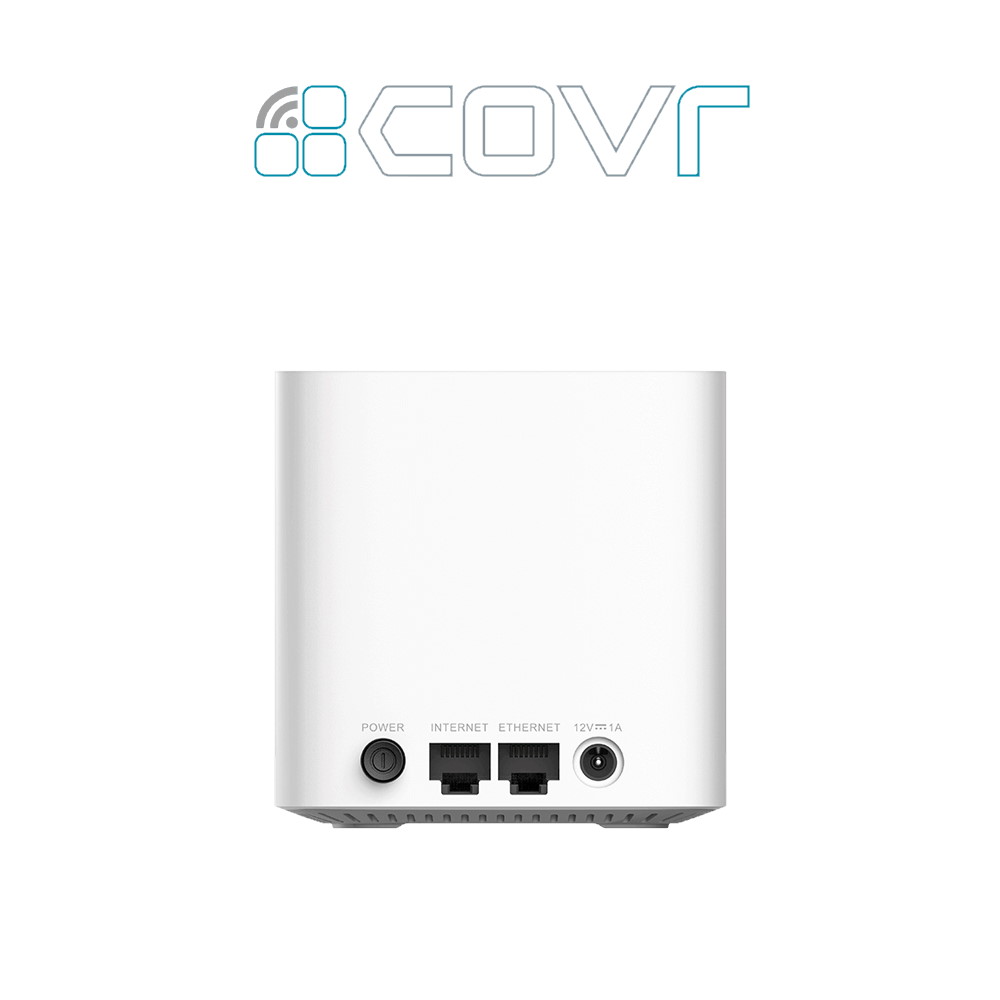 But the important question is… How does it rate in terms of performance. Well this is where I was quite surprised… I mean really surprised. My current set up basically features my modem connected to (funnily enough) an earlier D-Link wireless router, that’s been providing my home wi-fi network for some time now and I’ve been pretty happy with it. It wasn’t until I installed the Covr system that I found out I had been short changed (through no fault of the other hard ware… technology just improves and Covr shows just how much).

I ran a simple speed test on my standard set up as a kind of baseline… then, expecting to get about the same result, I switched over to the Covr network and was surprised to not just find that it ran perfectly well, but it actually provided roughly 10Mbps better results. I was so surprised by this that I ran the test multiple times and sure enough, every time the results were roughly 10Mbps different.

Another test, again showing roughly the same difference in performance between the former Wi-Fi setup result on the left, Covr result on the right, numerous repeats of the test netted the same results.

From what I understand of how Covr works I would put this result down to the mesh network compared to the older system. While a traditional Router is essentially a central point that sends out the data, a mesh network will communicate with each individual node/unit. While a traditional router can use multiple networks, it tends to require you switch between them yourself, Covr handles the background tasks of switching seamlessly and it does so in a way that minimizes drop outs or lag, finding the best network for you as you move around your network. If you want to you can set guest access and parental controls too, not to mention those Alexa’s or Google assistant’s you might have set up in your home can also be used with Covr. 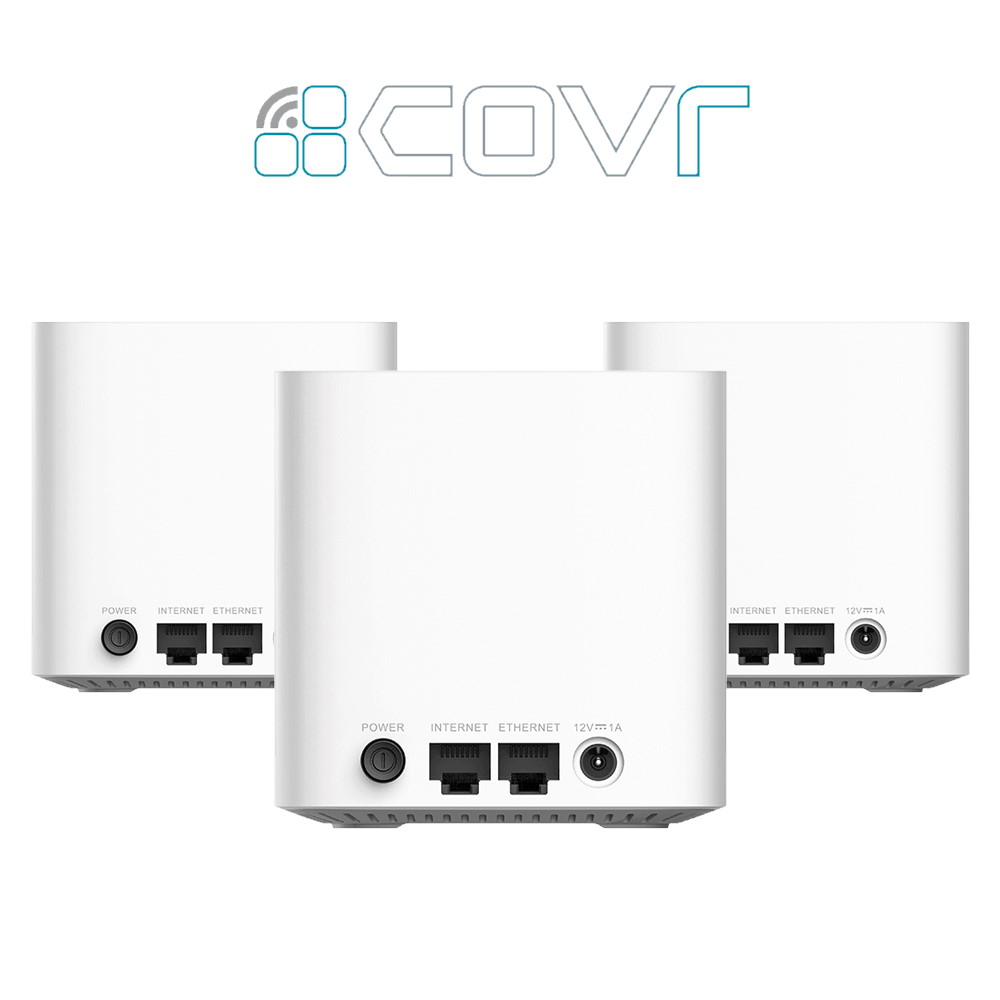 The main downsides to this mesh technology is it can be a bit pricey and if you prefer to dig into the guts of your wi-fi settings and tinker around, that’s not really what you will find here.

But for the average net using home that wants good, reliable wi-fi with minimal fuss, this is an exceptional option. If you have a larger home then you can always add more units to extent the coverage as well with each unit being just as easy to add to the network.

I was very pleasantly surprised by the results I got and certainly appreciate the extra speed I’m now able to access (especially with certain game downloads now hitting the 100gig mark).

If you have the money and want ease of use I highly recommend grabbing a Covr mesh network!